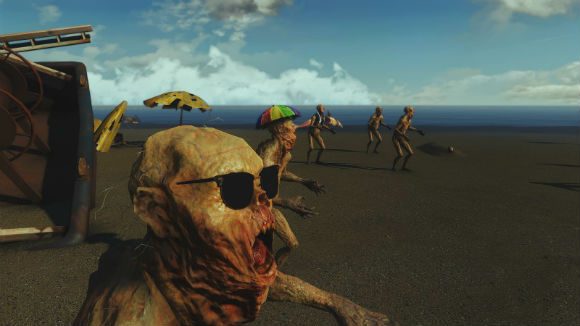 We’ve been known to promote mods a fair bit on GrownGaming.  Whether it’s the ability to play as the Predator or Magneto in GTA V, or just the ability to get jiggy with yourself in Skyrim, we love promoting the creations of hardworking modders.

Truth be told, some mods are more ambitious than others.  Some simply tweak UIs or change the hue of the game they’re modding, but other mods are much more impressive.

Admittedly, I’d never heard of this mod until YouTuber Cleanprincegaming brought it to my attention.  Fallout Miami is a new piece of the franchise that is unofficially moving in the opposite direction of Bethesda’s Fallout 76.  Rather than creating a stripped down multiplayer experience, the team of just a dozen people are working hard to create a game with a solid story and improved gameplay.

You can check out Cleanprincegaming’s full cover below (it’s excellent):

Will you be checking this mod out?  And, where else would you like to see Bethesda take the Fallout franchise?  We’ve already written about 5 potential Fallout 5 locations, but we’d be delighted to get your thoughts!Video