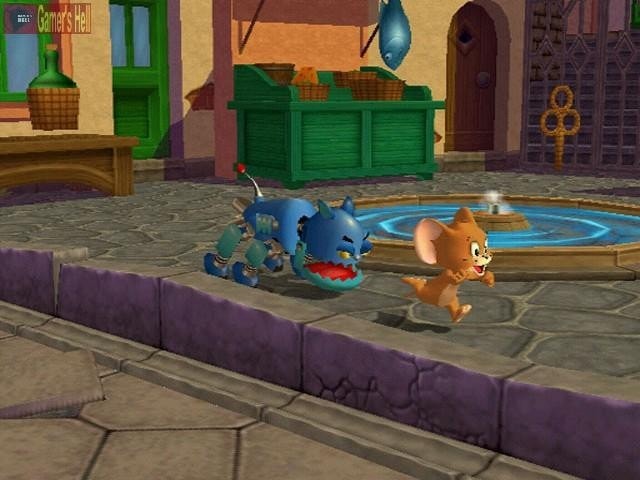 Let’s face it; we all love to watch a bit of television from time to time. It is certainly one of the best ways to find a bit of light entertainment and to relax. After all, there is nothing better than lying on the sofa with your feet up and revelling in your favourite programs. Apart from gaming that is!

One of the most popular television programs, when I was growing up, was Tom and Jerry – and it continues to be popular amongst children today. It is a TV show which has defined itself as a classic and thus its popularity is timeless.  I remember spending more evenings that I’d like to admit trying to beat the SNES Tom and Jerry game (but the less said about the PS2 game the better…).

The cartoon show is great because it is something that all ages can enjoy, and therefore it provides a great activity for all the family to do together. If you want something relaxing yet entertaining, then gather all of the households into the living room, get some snacks together and enjoy some light-hearted fun whilst Tom inevitably fails at chasing Jerry around the house.

The good thing about this cartoon show is that there is never a bad time for you to watch it. Because it is a comedy it will never alter your mood in a negative way. Nevertheless, there are times when it is much more beneficial to watch than others. For instance, if you or one of your children have had a bad day, perhaps you have worked too hard at work or maybe your child is upset about an incident at school. Then this provides the perfect opportunity to watch Tom and Jerry because its light-hearted comedy will cheer you up.

Furthermore, another great time to watch Tom and Jerry is when your children need reminding of some valuable life lessons. For instance, if they have been lazy at school then remind them how important it is to stick in by showing them that Jerry outwits Tom by using his brain. Furthermore, if your child is unfortunate enough to have experienced bullying, then you can show them that the strongest doesn’t always win the race, and although Tom is always out to get Jerry, it is Jerry who has the last laugh.

Introducing Your Children To Gaming With Tom and Jerry

Many parents see their children playing games on the internet and think nothing of it; after all, it is just another form of entertainment that is available to kids these days, right? Of course, that is true, but games such as the Tom and Jerry ones provide so much more than that for your children.

First and foremost, they establish the ethos that hard work leads to achievement. In all of the Tom and Jerry games available on the internet, there are levels or a form of completion. In some games you will benefit from upgrades, in others, you will move onto a higher level, or in some, such as the colouring game, you will see the beautiful masterpiece you have created at the end. This is great because it instils a sense of pride within your child, and they acknowledge that if they put there all into the game they will achieve something great at the end. This is something that will become embedded into their thinking and it is likely that they will take it with them into other tasks.

Furthermore, playing Tom and Jerry online games gets your child using the computer and the internet. This is vitally important as we live in a day and age where practically everything is online. With trends like AI and virtual reality, tech is taking over. Head to https://vrgal.net/virtual-reality-faq/ to find out more. The sooner your child develops basic computer skills – the better, as this will stand them in a great position for the future.

Nevertheless, they won’t only learn how to use a computer, but other key skills will develop. For instance, their hand to eye coordination will become a lot stronger. Moreover, such online games will help their logic to develop and aid their ability to multi-task as well. These ‘little’ benefits all add up, and help your child to mature and develop quicker as these skills transfer to school life and how they are able to tackle different subjects. For example, playing such games is bound to help them in computer classes and maths lessons.

The main benefit overall is that children do not know they are learning. At the end of the day, most kids associate learning with being a chore and thus they are automatically uninterested. However, all they see when they play these games are the great fun they are having and therefore they are learning without even realising they are doing so.

And if you’re so inclined, I would totally recommend picking up a Super Nintendo and the classic Tom and Jerry game for a couch-based introduction to gaming for your children.  The visuals hold up today (particularly if you’re a fan of pixel art) and the gameplay captures the comedic battle between the two iconic characters.

So there you have it; there is a vast range of advantages associated with letting your children play online games such as Tom and Jerry that you probably wouldn’t even have thought of. So next time you see your child playing Tom and Jerry, don’t think ‘oh she’s playing that AGAIN’ instead think of all the key skills he or she is developing.