Right from Youropa’s intro, it throws up questions.  After watching the Eiffel Tower explode into fragments, players wake up suspended from a tree as a Youropean, a small humanoid with suction cups instead of feet to allow walking up walls and ceilings.  Unlike Portal, players are not accompanied by a witty sidekick like GLaDOS, and are instead left to explore the strange fragmented city floating in the sky to learn who you are and where you fit into the world.

Undoubtedly the star of the show is the puzzles, facilitated by those suction-cups.  Players activate panels to open doors to progress through the world, unlocking extra abilities in the process that then open up more opportunities to explore previous areas. 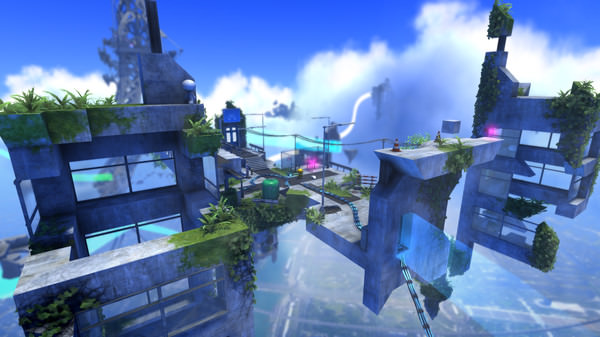 Visually, Youropa has a realistic art-style clearly inspired by graffiti culture.  Even the Youropean mascot is customisable with spray-painted features, and points of interest are often identified with a tag here and there.  Youropa manages to create a playground that is both relaxing and perplexing, combining the serenity of exploring high above the city of Paris with the constant threat of, well, falling.

Youropa’s sound design is fantastic.  The music perfectly compliments the action and the sound effects are non-intrusive, only adding to the on-screen action.

Youropa’s gameplay is also a joy.  I have never been a huge fan of platformers or puzzle titles, so I didn’t know what to think when the review key landed in my inbox.  However, after hours of head-scratching, telling myself that the game is broken then realising that it isn’t and that there are solutions to every problem, I’ve fallen in love with this little world.  The puzzles are genuinely taxing, even in the early stages, but the feeling of completing each stage is truly empowering.

Another wonderful addition that is well worth mentioning is the map editor mode, giving the opportunity for players to create an infinite number of brain-taxing puzzles to navigate.  Given the huge success enjoyed by similar modes in Super Mario Maker and Little Big Planet, the ability to design levels could make Youropa a smash-hit.

There are only two complaints that I can level at Youropa.  The first is that it is the only video game I have ever played that has given me motion sickness – and I have played VR titles, Mirrors Edge and Dying Light with no issues.  The developers have noted this and are making improvements, but it is worth noting.  I was able to persevere and push past it, but those who suffer motion sickness is other titles may wish to steer clear at the moment. 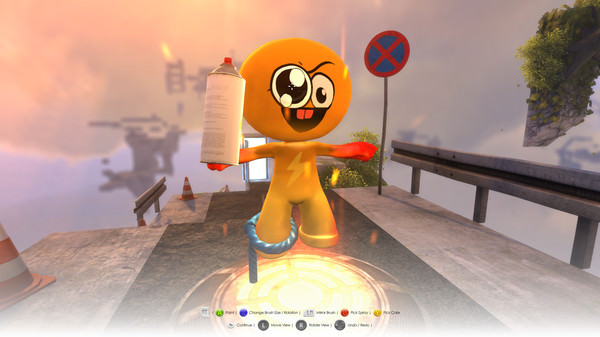 Secondly, Youropa’s Youropean mascot is just, well…boring.  Developer frecle ApS has a golden opportunity to create a title that is more than a game, with an instantly recognisable mascot to head up the franchise but instead, they’ve chosen what looks like a placeholder.  I’m all for customisation options for main characters, but they would have been better with an iconic character with unlockable clothing (such as those seen in Shift Happens).  It is a missed opportunity, but not one that hinders the enjoyment of playing. 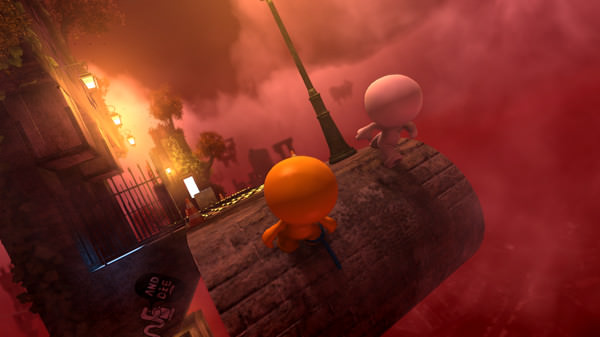 The developers, frecle ApS, described Youropa as Super Mario Galaxy meets Portal meets Fez meets Jet Set Radio, only completely different.  While the influence of those titles is evident, its clearest roots lie in Portal while still managing to stand on its own two feet (or suction cups, if you will).  Fans of Portal and the puzzle genre in general owe it to themselves to give Youropa a try.