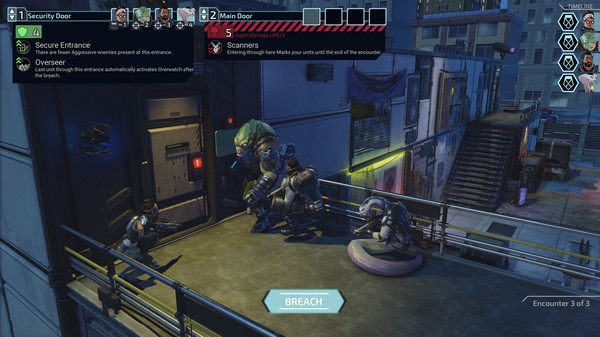 XCOM: Chimera Squad, developed by Firaxis Games and published by 2K Games, is 2K’s answer to Microsoft’s Gears Tactics. Released a few days before and at a lower price (around $20), Chimera Squad is a stand-alone game in the recent XCOM series.

Chimera Squad takes place five years after the events of XCOM2: War of the Chosen expansion pack. XCOM successfully beat ADVENT, who had control over Earth for the last 20 years. The Aliens that you faced from XCOM and XCOM2 are now free from ADVENT control. The game takes place in City 31, a model city where the aliens and humans live alongside one another. Of course, this causes tensions between the species. Thus Chimera Squad was called in to help with the unrest. A squad made up of humans and aliens.

Since XCOM: Chimera Squad isn’t a main title in the series, there are some changes to the gameplay. As with previous entries, you control a squad of XCOM members, though this time around, your squad can be made up of a combination of humans and other alien races.  The implementation of fully-voiced squadmates is another nice addition which sets Chimera Squad apart from its predecessors.  Unfortunately, these two evolutions also result in restrictions not present in previous instalments. 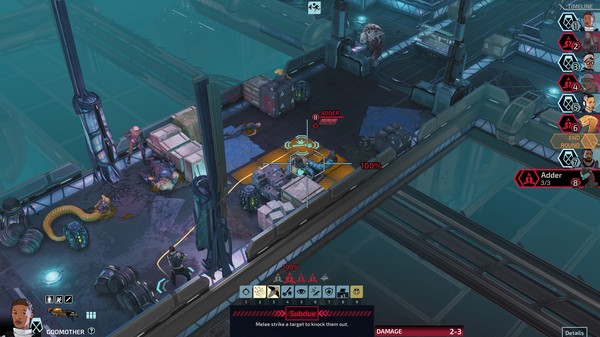 The 20-hour story is built around the voiced squad members, making them essential to the progression of the narrative.  As a result, they can no longer die in combat; they go down when their health reaches zero and you have three rounds to stabilize them before you fail the encounter.  On the one hand, this presents an additional challenge to the gameplay, as you can’t lose any of your squad in any encounter.  On the other hand, it robs Chimera Squad of the feeling of loss when you lose a soldier who has been with you for the past 4 battles while having to place your faith in a rookie who goes on to become your most valuable asset.

Squads can no longer be upgraded to six members either; you’re stuck with four the entire game.  Recruitment is also no longer handled in your base; it instead happens as the story progresses with limited selection.  Squad customisation has also been removed. 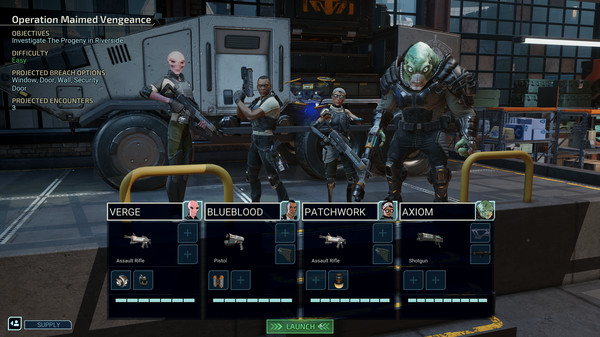 Your base of operations has limitations as well, not least by removing the ability to recruit directly from your headquarters. You can’t build or expand your base like you could with the other main title entries. The base in Chimera Squad is fixed. All you can do is research new armor, weapons, and equipment. Buy things on the black market, train your squad-mates, and pick your next mission on the map.

The city map is broken up into districts, each district has its own level of unrest. If each district’s unrest isn’t dealt with the overall city’s unrest counter increases. If it reaches 14, the game ends and you lose.  This creates an intense juggling act that only gets more challenging as the game progresses, as you can only choose one of two or three missions at any one time, driving up the unrest in the districts you chose not to help.  As a rule of thumb, it is always best to pick the mission that has the highest unrest, but it isn’t always as clear cut as that – if a mission has rewards that you want or desperately need, the game gives you other options to deal with the unrest. Fortunately, you can assign squad members to investigations, investigations can lower the overall cities unrest or the unrest of every district. They can give you resources as well but it takes about three to five turns to complete and you’ll lose the ability to use that squad-mate on missions until the investigation is finished.

The main bread and butter of any XCOM game is turn-based combat. A few things have changed in Chimera Squad here as well. First off, you start every combat mission by picking where you want your squad members to breach. Some levels only have one breach point, but others have many. These breach points tell you what bonuses or penalties your squad members will receive if breaching at that spot. During breach mode, you’ll get the first jump on the enemies by picking the best targets to shoot. After each of your squad members gets a shot the turn-based combat begins. 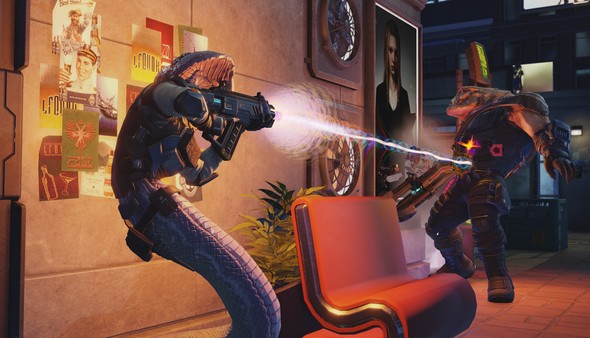 Unlike the other main titles, Chimera Squad has a turn order list that randomly puts enemies and your squad members into. As a result, not all of your squad members will go in one round. This presents another challenge during the playthrough. The first turn is always one of your squad members, but the next few turns will be the enemy. You can see the turn order list on the right side of the screen so you can better plan your moves. Of course, some squad abilities can be used to move your mates around the turn order making it so you can have them go back to back. This can only be done a limited amount of times during the mission. And some missions can go for two or three sections.

Despite all of the upheaval, it only takes a few tries before you get used to the new turn order list. After you understand how it works, the combat is pretty straight forward. You’ll have two action points to either move, use an ability, or fire your weapon. Firing without moving will end your turn. The game is a little bit forgiving by making throwing grenades not cost an action point, which can be helpful. If you are a veteran of the XCOM series, then the combat will be very familiar to you.

After each mission, you’ll go back to Chimera Squad’s base of operations where you can better equip your squad members, train them, and choose your next mission. You’ll rinse and repeat this until the credits roll. 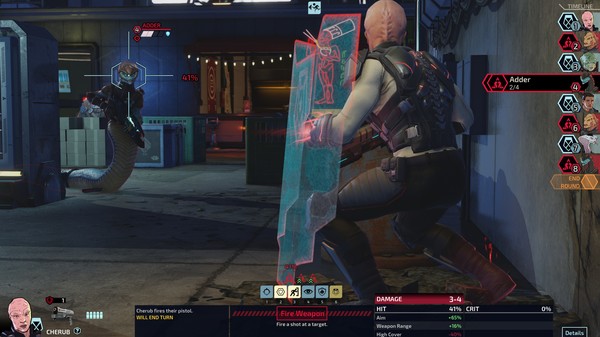 Is XCOM: Chimera Squad worth picking up? For the price, it is a pretty good value at $20. Chimera Squad is a more linear focused game but does give you some freedom in how to deal with the cities unrest. I did enjoy the new breach mode, picking where your squad members can breach and getting that first shot before the enemy can even take a turn is helpful. Anything that gives you a little bit of a chance is welcomed. Chimera Squad loves to throw more than eight enemies at your four-man squad.

With that being said, the commission of squad customization is a bit of a bummer, but the fully voiced characters are interesting and make up for it. It is interesting to learn about how the aliens felt during the war in XCOM 2. Some feel pretty bad for what they did to us. So it makes me wonder what XCOM 3 will be like since Chimera Squad is now canon.

Whether you are a fan of the series or this is your first time with the XCOM franchise. XCOM: Chimera Squad feels different from the main titled games, but is a worthy addition to the series and is worth picking up.