X4: Foundations is a Space Trading and Combat simulator developed and published by German studio named EgoSoft. It is the fifth main title in the series and was released for PC on November 30th, 2018.


I’ll be upfront and say I have never played any of the previous games in the series, X4: Foundations is my first time with the series. I didn’t realize the open-sandbox gameplay the game features. Pretty much if you can think it, the game allows it to happen. If you want to just fly around and shoot down pirates, you can do that. If you desire to control a sector, you can do that. Build a space station of your own, yup you can do that too. X4: Foundations allows for almost limitless play styles. Be a pirate, trader, soldier, leader, and many other roles. There is even a fully fleshed out campaign story mode if you even desire to play it. The game doesn’t require you to play the campaign to gain access to more ships or money. But it is nice that a story mode is there if you feel up to playing it. 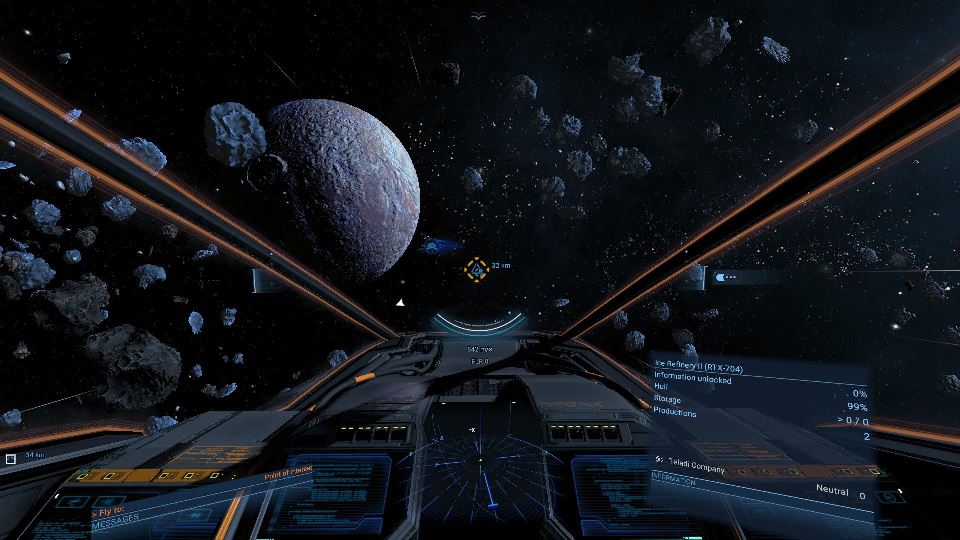 When you start a new game, you can pick from a few starting scenarios. These scenarios are like the games difficulty settings. They pretty much give you starting credits and a specific ship type depending on what scenario you pick. I ended up picking the one with the most credits because it made the most sense to me. With these types of open-ended games, I lean heavily towards the economy side of the game. Which I ended up doing, I took my starting ship and did a bunch of non-combat related quests from the local stations around my starting area. These included doing repairs on things such as space stations or satellites and transporting people to and from either space stations or bigger ships themselves (which are interesting to try and land on as they are moving). Once I made enough money I started buying ships, mostly mining ships and the money started coming very fast. When you buy a new ship they come with their own already hired pilot. If you want to fly the ship and do the work your self you can fire the pilot. But I found it best to let the pilot take over the duties of mining and selling mined goods.

The detail X4: Foundations goes into what you can do with the game is pretty impressive. When you buy a ship, there are pre-selected packages of that ships specific class. You can choose these packages or just customize it your self. You can also upgrade your starting ship with better parts, and software. The software of the ship can be things such as better scanning, auto-docking, or trading, etc, etc. You could spend hours just customizing your own ship. You can spend hours exploring as well. 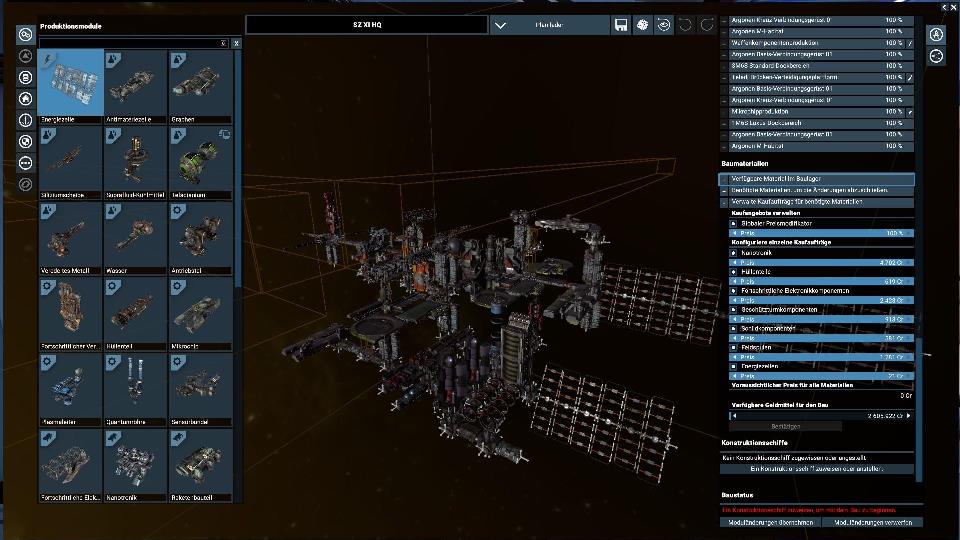 The ships in X4: Foundations don’t have light speed, you have to explore the sectors to find transportation hubs that will take you to new sectors. Some sectors have superhighways if you fly to them your ship will fly along following a set path taking you from sector to sector the superhighway is connected to. To traverse in the sector you want to explore you can have your ship enter a Travel mode, which has a maximum speed depending on the engine you have in your ship. When entering travel mode and when high speeds are reached your ship is harder to control. Meaning you can’t just turn on a dime, it takes time to make a 360-degree turn while in travel mode.

While not in travel mode, your ship will have a top speed as well, also depending on the engine you pick, this is your ship’s Cruise Mode. In this default mode, turning and maneuvering is much easier but it will take forever to reach anywhere in the sector since the top speed is a lot slower then Travel Mode. Cruise Mode is best when trying to dock or engage in any kind of combat. Your ship also can go into a scan mode, which allows you to scan the area for anything either related to your mission or to find hidden missions on space stations. This mode can also be used for finding resources to mine. Getting to know each of these modes and when to use them is important. There is a quick tutorial that goes over each mode the ship can go into and how to use them properly. 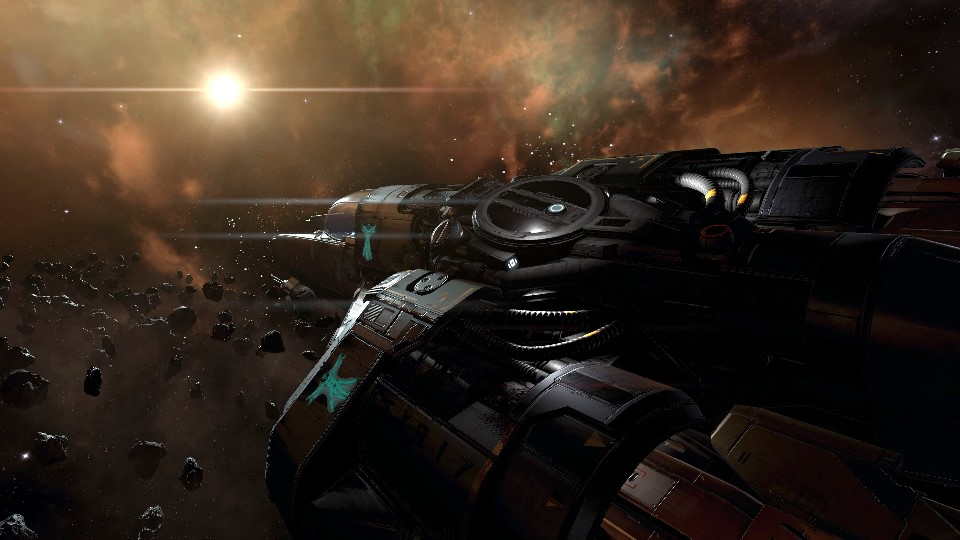 As impressive as X4: Foundations is when it comes to open-ended gameplay. Do as you want and how you want. The game isn’t perfect, far from perfect. In fact during my play-through before writing this review, I ran into a lot of bugs that made enjoying this game frustrating. Those bugs include missions not working correctly. I don’t know how many times I had to abandon missions because they just didn’t work. Another bug I ran into was with my resource satellites, for whatever reason they wouldn’t tell me the potency of nearby resources. A mission told me to find a resource cluster that had a potency of 15 or more. I ended up just randomly dropping my resource satellites until the mission said completed. It is issues like these that can make the game more frustrating than fun.

Speaking of frustrating, the learning curve for this game is huge. The Tutorial doesn’t cover half the things you can do in the game. Figuring out how to buy a new ship can drive you nuts till you search on YouTube to find out only specific space stations in specific areas can make ships you can buy. You’ll spend a lot of your time googling or searching on YouTube just to figure out how things work in X4: Foundations. 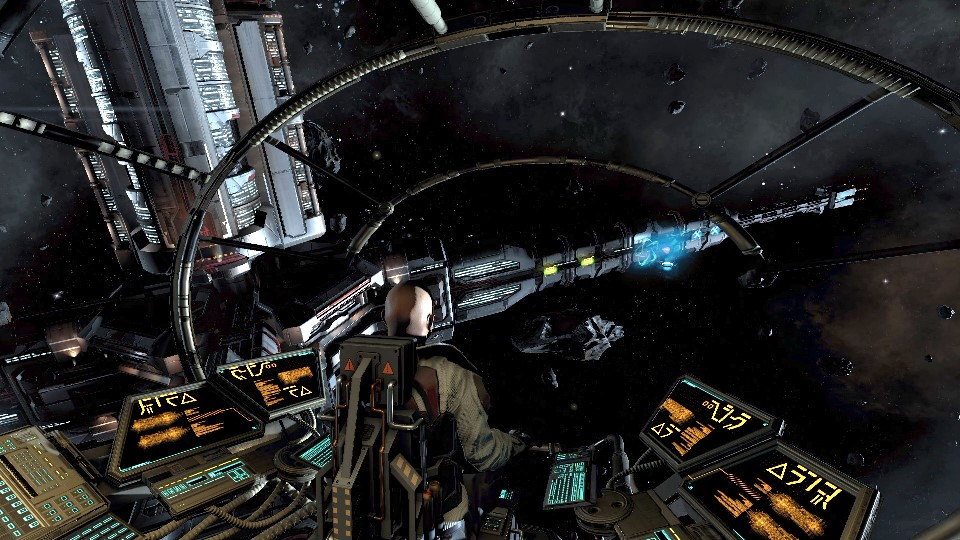 For those reasons alone I just can’t recommend this game. Yes, it is impressive with what you can do in the game, but it still needs a lot of work. Bugs need to be fixed and how things work need to be tweaked. Over time I bet X4: Foundations will improve. But as it stands now, I would wait on picking this game up.