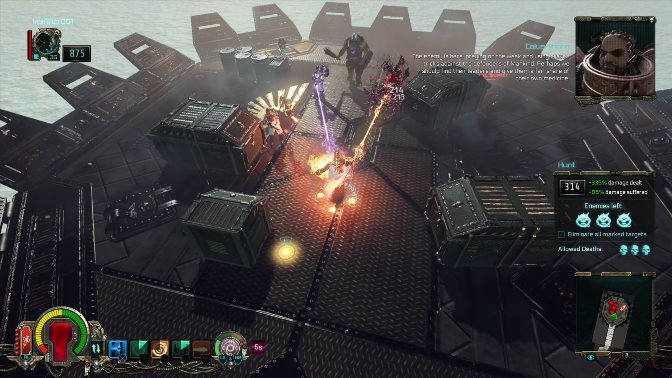 Warhammer 40K: Inquisitor – Martyr is an ARPG diablo-like game set in the grimdark universe of the Warhammer 40K series. Developed and published by Neocore Games and released on PC June 5th, 2018 and now on Xbox One and PS4 August 23rd, 2018.

What secrets will you find on The Martyr? And what will you do as an Inquisitor, the secret police of the Imperium, when you learn these secrets?

As you would expect from a game set in the grim-dark universe of Warhammer 40K, Inquisitor – Martyr has a story very much in keeping with the novels and board game. Heresy, betrayal, and war along with dark secrets unknown even to the Inquisition are all themes present Martyr. The Martyr is a fortress-monastery that once belonged to the Inquisition but was long lost to the warp. Now The Martyr has resurfaced from the warp and you, as an inquisitor, are tasked with investigating it. As you dig deep into The Martyr, you’ll discover a cast of characters whom will join you in your cause.

I will steer as clear of spoilers as I can but be warned: Martyr ends on a cliffhanger that I doubt will resolved in the end game content, DLC, or a future sequel. 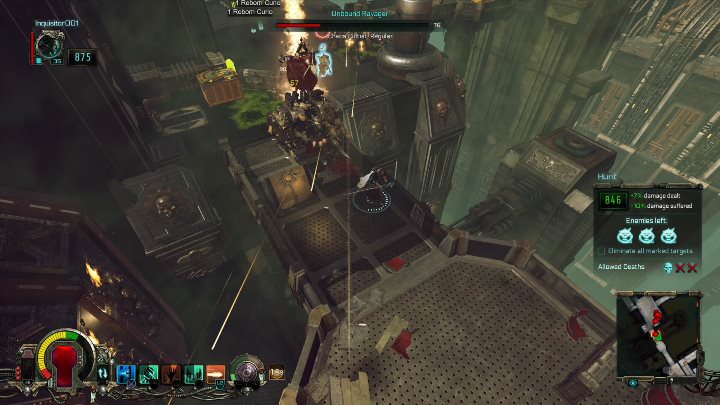 The graphics of Warhammer 40K: Inquisitor – Martyr are pretty good. The environments are somewhat destructible, as some of the destructible elements of the game are hit with projectile weapons you can see the massive holes they make. Explosions and even flashbangs look pretty damn nice. The art design of the game fits with the grim-dark universe of Warhammer 40K as well, even down to the details in the levels.

On the downside, the game does suffer from poor optimization. Loss of framerates is common, even three months after launch. It doesn’t get to the point of unplayable, but as good as the game looks, I expected it to run a lot better.

Keeping with the theme of grim-dark, the music follows suit and doesn’t disappoint. From the music during gameplay to the start screen when you fire up the game, the music just works. Even the voice actors do a great job in keeping up the grim-dark nature that is Warhammer 40K. Though at times it can get cheesy, overall they did an amazing job. 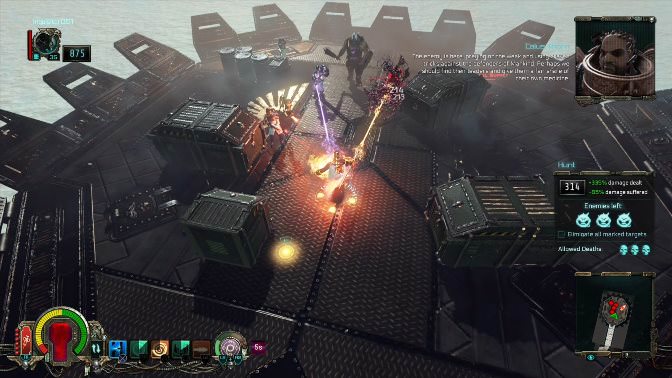 The sound effects are spot on as well. From the gunfire of the bolter guns or the heavy hits of the power hammer. The sound effects match what you would expect from this universe. Overall I have no complaints in this area of the game.

As I mentioned at the beginning of this review, Warhammer 40K: Inquisitor – Martyr is an Action-RPG similar to the Diablo series. But take note of the action in this game, as it is a lot slower than you would expect. This design choice by the developers is both an interesting take on the genre and a poorly implemented one. I say this because a few of the classes rely on a cover system mechanic and it doesn’t work all that well.

Unlike in Diablo where the action is fast and quick thinking is needed to survive, Martyr takes a slower approach by making you think of your every move and action. This is done by how the skills are set up and how they use the cover system. This would be an interesting mechanic, but it is poorly implemented. Half the time I used it, my character wouldn’t use his skills from the cover system, or his aim was way off. I got so frustrated with the cover system that I abandoned it all together. Lucky for me I was playing a Crusader, which can take a lot more damage and not rely on the cover system mechanic. But if you play as the Assassin, her skills lean heavily towards using the cover system and if you don’t use it, you will surely die a lot faster then the Crusader.

There are a total of only three classes to choose from in Warhammer 40K: Inquisitor Martyr. Those classes are the Crusader, The Assassin and Psyker.

The Crusader is a heavy hitting tank that uses heavy armor and weapons. If you like big guns and melee weapons then this is the class for you.

The Assassin is a fast mobile class that relies on the cover system and dodging attacks for most of her skills but can be tweaked to be a fast melee class.   The Assassin can dish out a lot of damage, as long as she is far from the action, as she is quite squishy and can die quickly in melee combat.

The Psyker is the caster class that must always keep moving or he will die. The Psyker is known to be the hardest of the classes to play but can dish out a lot of damage over time. He is also the only class in Warhammer 40K: Inquisitor Martyr that has interchangeable skills and will summon warp demons that will kill you and your friends if you aren’t careful about your skill usage. The other two class’s skills are dependent on what weapons you equip them with, as each weapon has a different skill set.

Of course, the easiest of the three classes to play is the Crusader. He can last a lot longer in action and seems to be the one that fits the universe the best.

As for the gameplay loop of Warhammer 40K: Inquisitor – Martyr is a bit different to other Action-RPGs, particularly when compared to games like Diablo or Torchlight. You will take on missions that have rather short stages. You’ll either have to kill demon nests, destroy gun batteries, or kill everything in the stage. Once the stage is finished you will head back to your ship to sell or buy loot and find more missions. 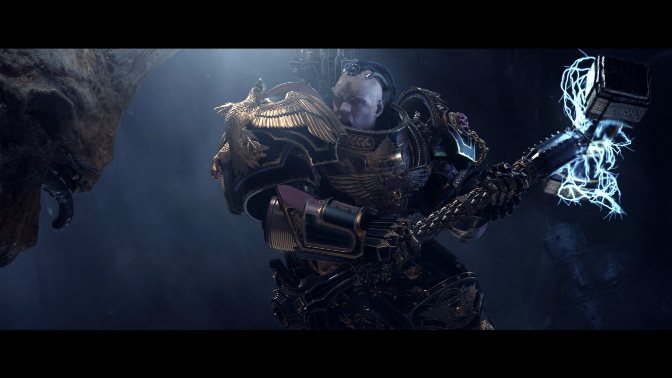 The most varied missions will be the story missions. As these will have you find specific story items or characters. Each mission, even story missions, have a power number. If your equipment doesn’t match or beat this power number you will be penalized by having a minus to damage given and an increase in the damage you take. If you beat the power number that the mission requires, then you will gain a bonus of damage given and decrease damage taken.

This power number system becomes more frustrating the longer you play and you realize it is there to extend the hours of gameplay. I got to the point of the story in the game that required a really high power number. I spent hours grinding just to continue the story. And grinding meant taking on random missions that get random elements based on little decisions you make.

You can also create your own missions, which acts kind of like a greater rift in Diablo 3 but can be fine-tuned to gain specific loot. But all of these side missions end up with the same few tasks. Kill demon nests, try to rescue VIPs, destroy gun batteries, kill all enemies in the stage, and assassinate specific targets. Rinse and repeat and this is the majority of the gameplay loop. It can get boring fast, as it feels like there is not enough variety, this feeling is increased once the story missions have ended.

Warhammer 40K: Inquisitor – Martyr takes a different approach to the Action-RPG genre. Though, I feel Neocore Game’s changes to the genre need to be in the cooker a little while longer. The cover system doesn’t always work all that well and at times is very frustrating if you rely on it. The power number system with the loot feels more like a grind then fun ARPG loot hunting like you find in Diablo or Torchlight. And the game needs more performance tweaking, almost three months after the PC launch the frame rate can be horrible at times and the game can get very sluggish too.

I am not saying Warhammer 40K: Inquisitor – Martyr is a bad game. It is still very playable and enjoyable. Neocore Games did an amazing job capturing the feeling and looks of the Warhammer 40K universe. And having a game set in this universe within the ARPG genre is welcomed. But the game can get frustrating with the loot grind. The season one free content can’t be accessed unless you have a power number level of 1,100, which means you’ll spend hours grinding for loot just to play the new content after the story ends.

That is why I have to give Warhammer 40K: Inquisitor – Martyr a wait for a sale verdict. Even if you are ok with the boring grind where you play the same missions, see the same few stage designs, and fight the same enemies over and over again. I’d still wait for the game to go on sale, at least 40% off or more before picking this one up.