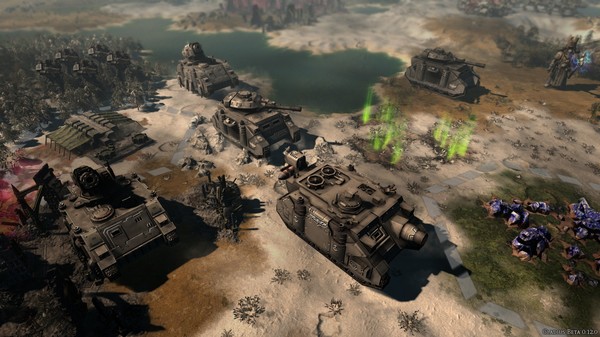 Warhammer Fantasy, along with Dungeons & Dragons, is one of the oldest commercial fantasy universes, and rivals in popularity with the likes of Tolkien’s Lord of the Rings franchise. The Warhammer universe was created by Games Workshop, who had released the first title in the series back in 1983 as a tabletop wargame. Ever since they have been able to keep the “universe” in circulation, producing a large amount of tabletop and video games, along with books and comics based on the fantasy setting. Now that the latest iteration in the franchise, Warhammer 40,000: Gladius – Relics of War, is finally here, the time has come to see what it is all about.

Relics of War is the first 4X, turn-based strategy game in the Warhammer universe, from the developer Proxy Studios. The main “plot” of the game revolves around four main factions that are at war with each other, trying to acquire dominion over the planet Gladius Prime. The Space Marines, Orks, Necrons and the Imperial Guard are all competing for control of the planet’s territory, and all of these factions have their own advantages, as well as disadvantages. The Space Marines, for example, are only allowed to build one city on the map but can drop down all over the map with their drop pods. The undead Necrons are limited to their tombs and can’t build cities anywhere else, but they possess limited health regeneration abilities. That’s all good, however in terms of story, there isn’t really a campaign present in the game, and instead, players get to play a series of missions that are based on the faction chosen.

If you are familiar with the turn-based strategy game genre, the gameplay of RoW won’t feel too foreign to you. The game world is divided into hexagonal squares, each of which can present either different kinds of bonuses for your units, or environmental dangers, such as poison hexes, and more. The combat system itself is relatively simple – each unit has a certain number of action points to spend during each turn, which it can use to move around the map, use a special power, or attack the enemy. The effectiveness of the player’s attacks depends on a multitude of different factors, such as enemy health and armor, the weapons your troops are equipped with, the type of hex your units are located on, and more.

The player has to expand their forces across the map, construct buildings that produce resources and extra units, conquer outposts, and eliminate the opposing force’s units. You can win by either eliminating all your opponents and destroying their base or by following a series of quests specific to each faction. The player is given access to a rather large assortment of combat units, ranging all the way from infantry and light reconnaissance vehicles, to missile launchers and a variety of sea & air units. Each one of these units come with their own sets of strengths weaknesses that are yours to exploit, but, they also have special cool-down powers that are unlocked via the research tree. 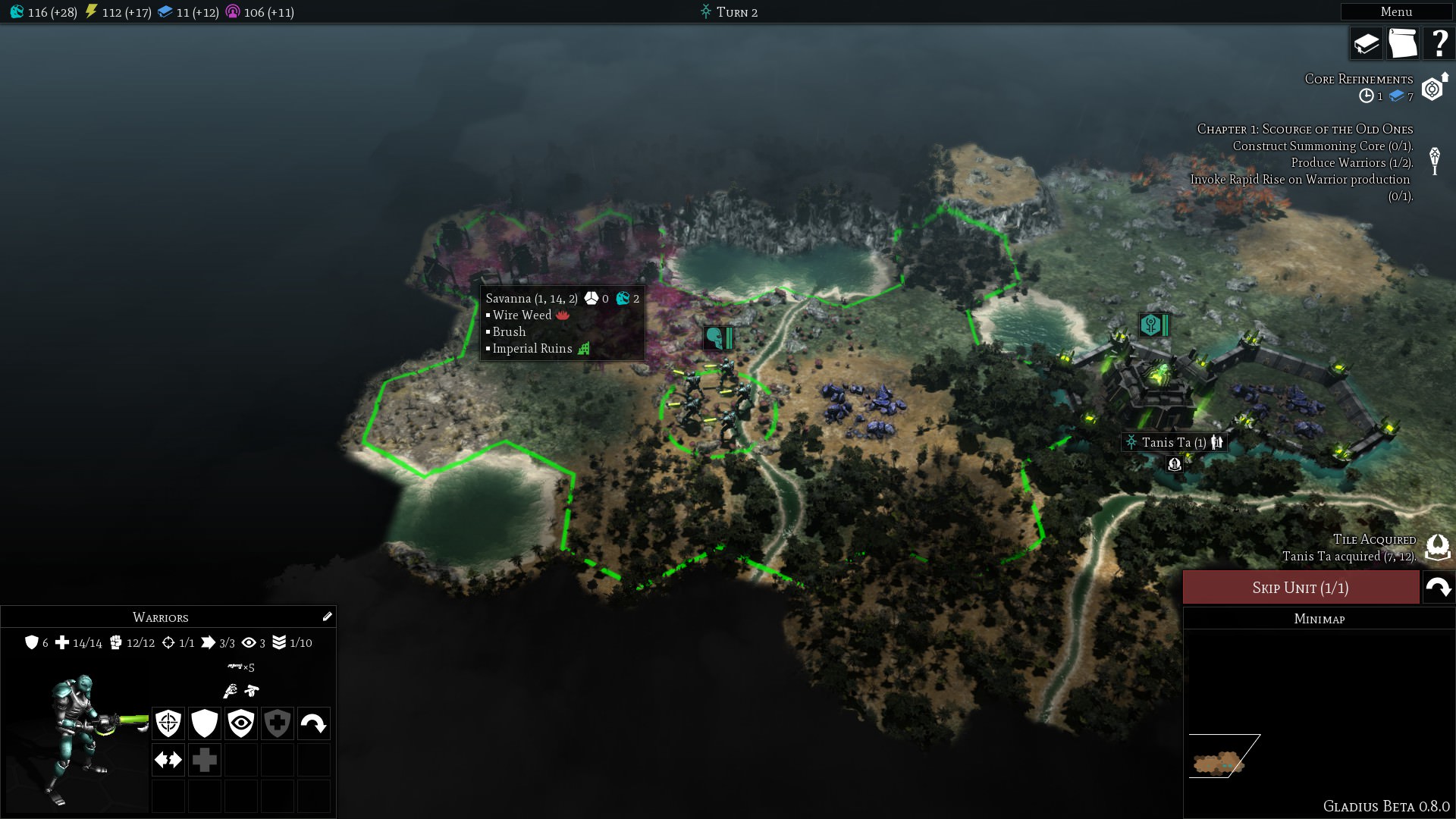 The combat can sometimes get a bit slow, but it remains intense all the way through.

Obviously, it’s not all about shooting each other up across a hexagonal game world. Just like other 4X games, RoW features a research tree system. It is divided into ten tiers, and in order to advance further and discover new things, the player has to unlock at least two technologies from the previous tier. This allows for a great level of variety, making it so that you never focus on upgrading just one unit category. However, with the excuse that “in the grim darkness of the 41st millennium, there is only war”, the player cannot achieve any sort of diplomatic victories in this game, because diplomacy isn’t part of the game at all. One can see why, as it would be difficult to justify, say, Space Marines and Orks joining forces, but at the same time, the lack of any diplomatic options seems like a missed opportunity, especially for a 4X game. So while the gameplay mechanics are very fun and addicting, this lack of depth can be frustrating for veterans of the genre.

RoW also features special hero units, that have their own set of abilities. They are able to call in reinforcements, buff-up and heal friendly units (or themselves), and can deal a massive amount of damage. However, that’s not to say the game is easy in any way. When fighting an opposing faction, the player might encounter random NPC enemies, that “activate” themselves once contact is made with the player. This can create interesting scenarios during multiplayer games, where you are forced to temporarily join the other player in order to defeat a common enemy. 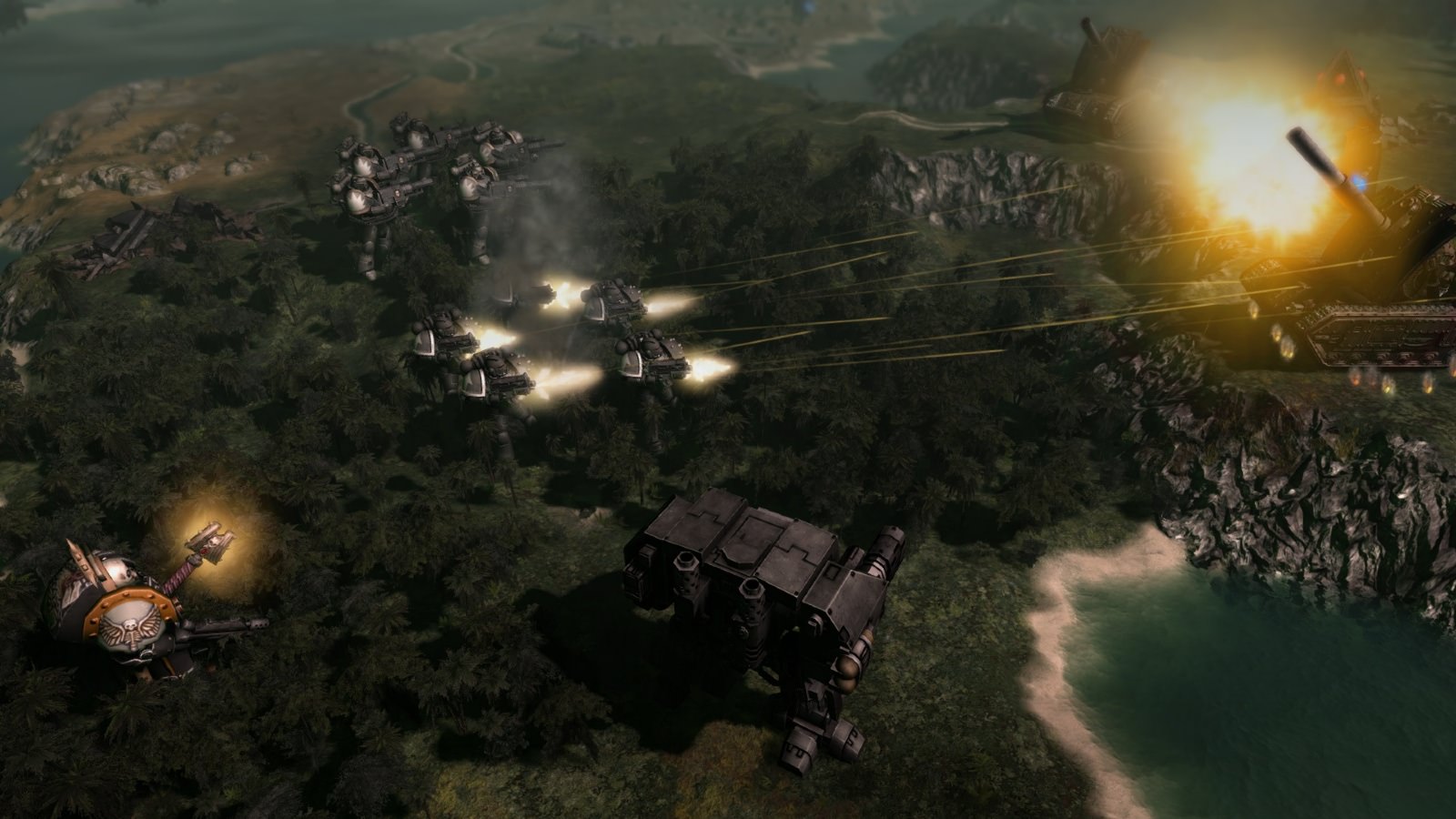 Sending out a single unit to explore the map is suicide. Send out a hefty squad to stand a chance.

When playing against bots, their AI sometimes struggles to react very well to attacks on two fronts, they tend to appear out of nowhere (even in areas that were previously deemed safe), but overall the enemy AI is very challenging, especially on higher difficulty levels. However, the real fun resides in the co-op and multiplayer modes. Co-op fun with friends or multiplayer with strangers ensures that you will be coming back to RoW again and again, so replayability definitely won’t be an issue.

The graphics are decent – the simple models are really noticeable at the highest zoom level, but I didn’t pay attention to it at all, and overall the graphics definitely get the job done. Besides, RoW is not a game you play for the visuals. The animations are a bit jerky at times, but at the same time, they provide a pleasant “interlude” between the management and attack phases of each turn, as you watch your units blast away at the enemy. The color palette is also visually pleasing, and you always know exactly what you’re looking at. The FPS rarely dropped below 40, and I encountered little to no bugs, with the exception of an occasional crash to desktop. 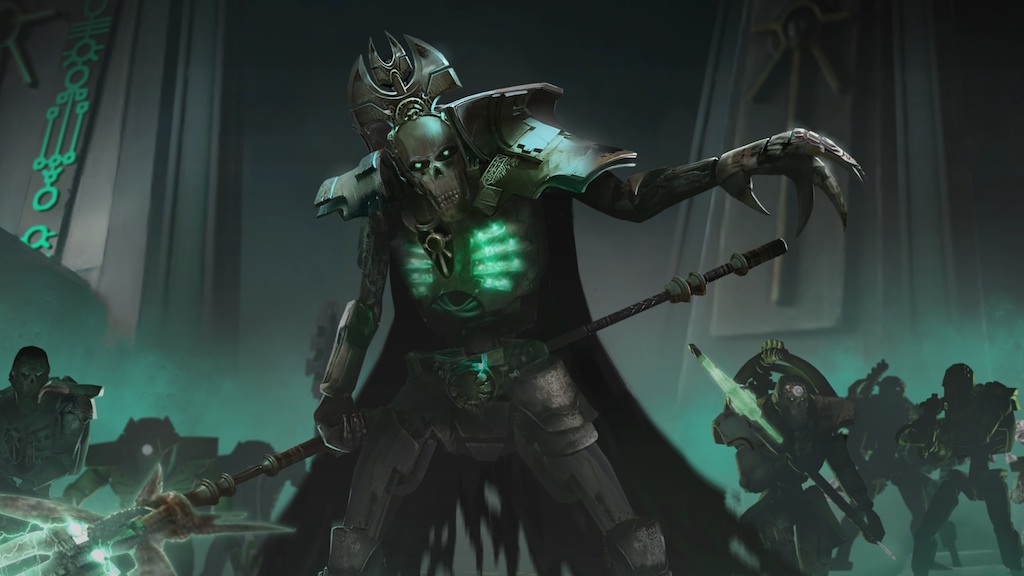 Necrons are a very fun faction to play as due to their unique abilities and powers.

The soundtrack to this game is pretty darn epic. Some tracks are a bit staler than others, but more often than not, the OST for Relics of War really elevates the atmosphere to new heights and pumps you up for an upcoming battle. Highly recommended that you check it out. 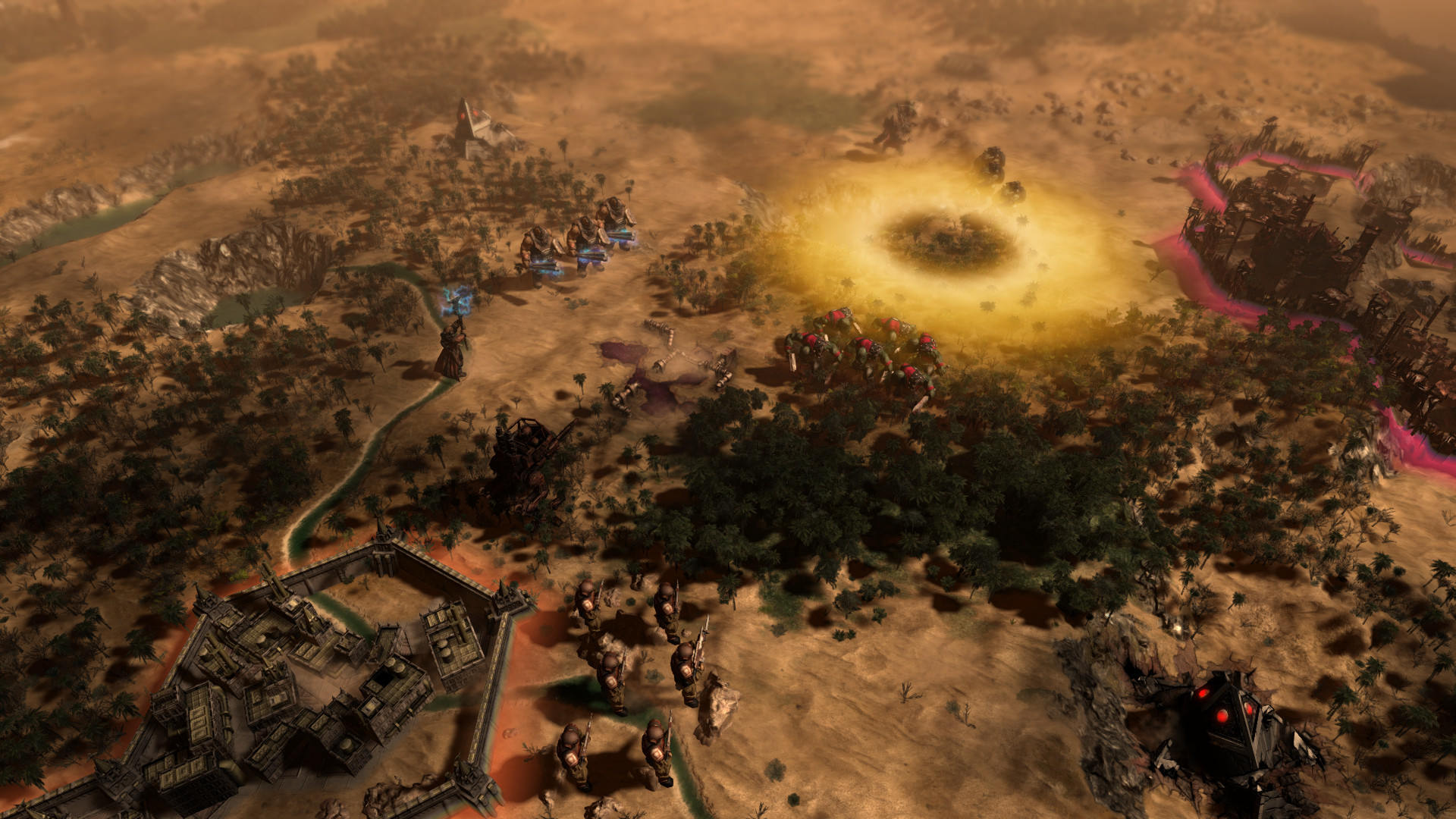 Warhammer 40,000: Gladius – Relics of War is a great addition to the 4X strategy game genre. The game can sometimes feel like it lacks any serious depth, and while the lack of non-military interactions between factions and the slightly steep price may drive some people away, Proxy Studios have created a very solid foundation for future 4X games set in the Warhammer universe. A few small problems don’t undermine the amount of work and passion they have put into this game. Definitely recommended for strategy game fans, and people who follow the Warhammer lore, and even those who don’t.

Warhammer 40,000: Gladius – Relics of War is available on PC, through Steam and GOG.