Universe Sandbox ² is tough to describe. It isn’t a game, but the interactive space simulator is the ultimate God sim.

As if to prove a conspiracy rant on an obscure Reptilian race blog true, Planet Nine finally circles past the Earth for the first time in millions of years.

But, it isn’t passing the Earth you or I know and call home; this Earth is scorched and barren, having been annihilated by the 17 moons that mysteriously appeared one night, as if by the click of a button.

Then, like the twisted joke of an evil God, Planet Nine’s gravitational pull begins to increase substantially.  The planets in our solar system begin to change their orbit.  Destruction is imminent. 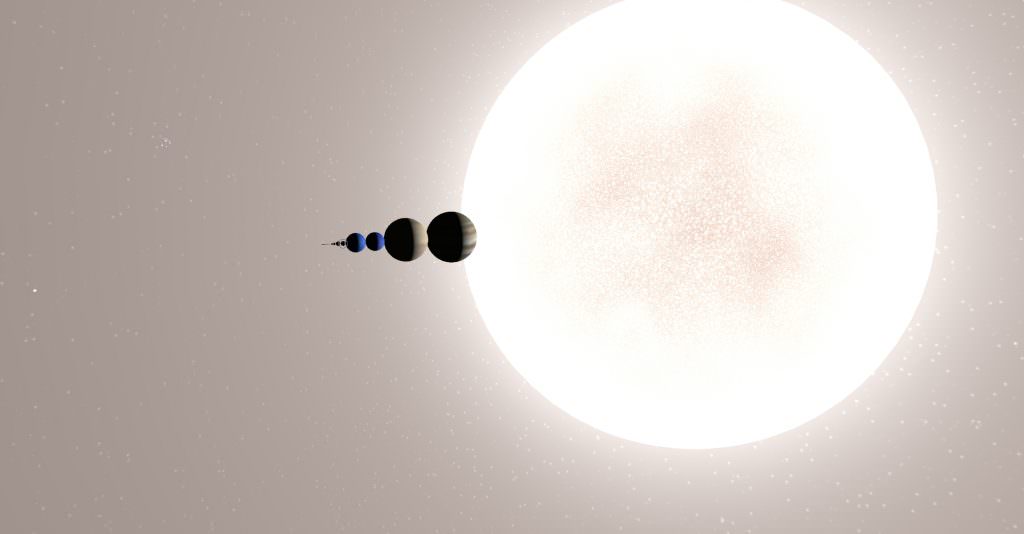 Universe Sandbox ² is just that; a sandbox environment created from the universe.  You have control over the intricacies of how the solar system works, including orbit paths, gravitational levels, mass, speed – the list goes on and on.  And heck, if you just want stuff to explode, all you have to do is tick a box.

There are dozens of simulations available for you watch, observe and modify.  My personal favorites were Earth & Many Moons and Planet Nine in our universe (obviously, as above), but other notable mentions are Galaxy Collision, Earth Between Suns and Supernova in Galaxy.

Now, the question is…is Universe Sandbox ² for you?

Players looking for a simulation game will be sorely disappointed.  There are no resources to be traded, space travel to be had, or characters to meet.  This is as far removed from being a video game as anything else on Steam.

With that being said, I can see Universe Sandbox ² being successful with at least three types of people.

The first are academics; a simulation as powerful as this would have been the work of science fiction writers when I was a kid (not that long ago) and this could be an incredible resource to teach students about how our solar system works.

Speaking of the work of science fiction writers, I see Universe Sandbox ² being a hit with those who enjoy creating universes within their futuristic stories.  Having the power to create a viable solar system with 50 planets and 2 suns could be enough to get the creative juices flowing, and being able to see what would and wouldn’t work could help to create the lore that lies behind the stories being written.

The final group of people who could look to pick up Universe Sandbox ² are those who love space.  I fall into this category.  Being able to manipulate planets and experiment with things I’d only ever heard about in documentaries has been fascinating and I can see myself losing weeks exploring the depths that this simulator can offer.

Universe Sandbox ² is available on Steam Early Access for £18.99.

Now, I wonder what would happen if the Earth was ten times bigger..?