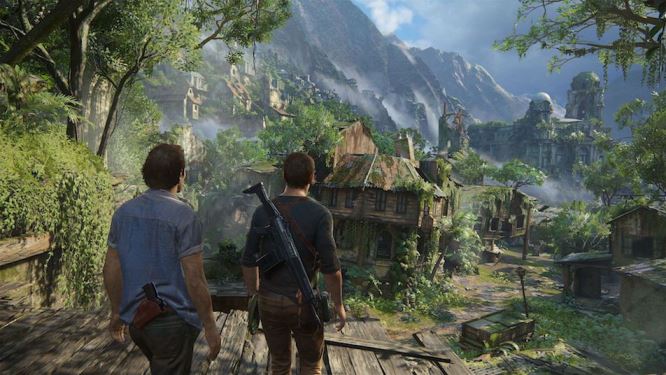 BY PIETRO MASCELLINO:  The Uncharted series is considered one of the top franchises in the video game industry.  Developed by Naughty Dog and published by Sony Computer Entertainment for PlayStation 4, Uncharted 4: A Thief’s End is a third-person action-adventure game that certainly lives up to expectations.

Uncharted 4’s beginning may be unsettling for some players returning to the franchise. We find the greatest treasure hunter of all time, Nathan Drake, retired and living a quiet life with his wife, Elena Fisher. Retirement doesn’t last long though, as the happily ever after is shattered by the unexpected visit of Drake’s brother, Samuel.

And so the adventure begins.

Uncharted 4 revolves around the search for the lost treasure of Captain Henry Avery, made more difficult by the main antagonists, Rafe Adler and Nadine Ross. Rafe is a wealthy treasure hunter and an old acquaintance of the brothers who worked with them in the past in a Panamanian prison to find clues about Avery’s treasure. Nadine is the leader of a private military company, mostly formed by mercenaries called Shoreline.  By joining forces, they seek to find the treasure before Nathan Drake and his supporting ensemble formed of Samuel, Elena and an old friend Victor “Sully” Sullivan.

The game’s story is full of twists and turns to keep you immersed in its world as we follow Nathan Drake’s last amazing adventure. 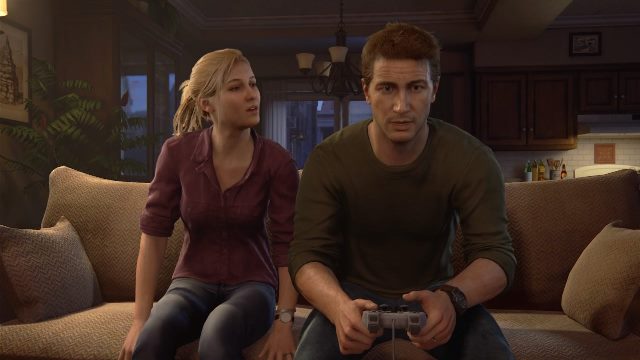 “Well, let’s see here… I ruined my marriage. Drove my best friend away. Got two psychos and their army after me. And now my brother’s gone missing. But, on the bright side, there’s no one around to tell me I’m an idiot.” (Nathan Drake)

An aspect of the game that is definitely worth mentioning is the graphics. Uncharted 4 is an incredibly beautiful game, which is amplified by a physically-based renderer. In short, this gives some elements of the game, such as materials, light and movements to behave as close as is possible to the physical principles of reality.

The combination of physically-based rendering and wonderfully designed environments create a jaw-droppingly stunning playground for the player to explore.  Even now, several years down the line, Uncharted 4 remains one of the most beautiful video games ever made.

There are several types of guns in the game, including pistols, rifles, shotguns, grenade launchers, RPGs, snipers and more, giving players more than enough choice to approach the levels as they deem fit.  Fistfights deserve a special mention for packing a punch, both literally and figuratively.

The climbing mechanics have been improved over previous instalments in the series.  Players have to think and take a deeper look at the environment. As is traditional with Uncharted titles and games of this genre, the world is full of puzzles and riddles that will need to be solved in order to proceed. Overall, Uncharted 4 is challenging and really enjoyable to play. and, without any doubt, a great game. 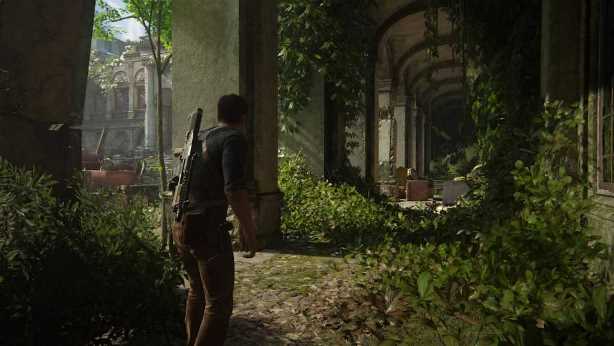 The multiplayer presents different types of matches such as the classic Team Deathmatch, Command, King of the Hill, Plunder, Ranked and more. Each one of these modes is unique and gives the player a different goal to reach by competing with other players. All of them, though, require a common element: teamwork. The game is designed and developed in a way that makes teamwork possible and necessary if the player wants to be victorious.

Survival mode, on the contrary, sees a team of up to three people working together against NPCs, facing hordes of enemies and more. The main goal is to survive while scoring as many points as you can.

Both modes are quite popular and fun to play. If once you have finished the story mode you’ll wonder how to test your skills, Multiplayer and Survival are exactly what you are looking for.

I can’t recommend Uncharted 4 enough.  Every component of Nathan Drake’s final adventure feels like a masterpiece, the result of nearly a decade of innovation and refinement.

Uncharted is rightfully looked upon as one of the video game industry’s premium franchises and Uncharted 4 only enhanced that reputation.

If you have yet to play Uncharted 4, or any of the Uncharted games for that matter, you owe it to yourself to add Nathan Drake to your collection.