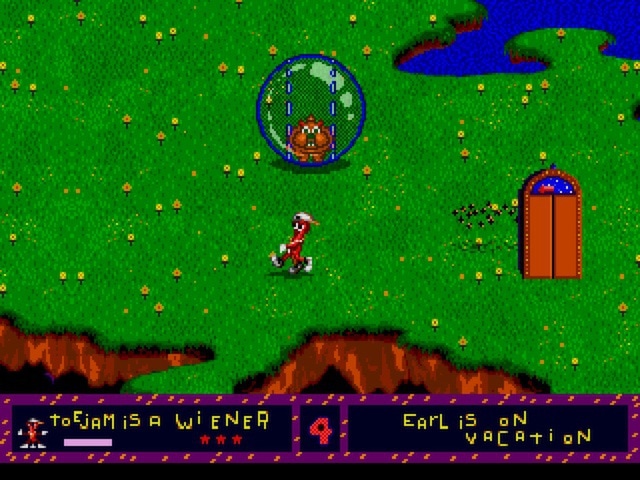 I was a Nintendo kid growing up, only owning Nintendo consoles throughout my childhood.  Fortunately, one of my friends owned a Sega Genesis console which is when I was first introduced to ToeJam and Earl.


We used to get together and try to beat Toe Jam & Earl as often as we could but, honestly, we never came close.  I remember always finding the secret level (fans will know what I’m referring to), but after that, we would just die a lot and never finish the game.

ToeJam & Earl are aliens from another planet who love hip-hop and funk. The soundtrack is clearly influenced by their taste in music and the combination is very enjoyable to listen to. It is important to remember that this was very unique for the era and the soundtracks were so catchy that they would be stuck in my head for days after playing.

The story is simple enough; ToeJam & Earl are traveling through space when Earl crashes their spaceship on Earth. This is where you can either play with two players or by yourself as either Earl or ToeJam. From here you are on your way exploring 25 random levels to find ten pieces of your ship so you can get back home. 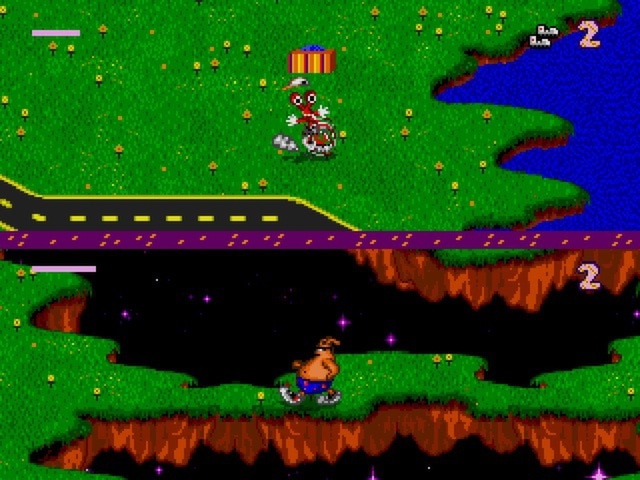 As you are exploring the planet, the creatures of earth are out to get you, so to help keep you safe, you have to collect and use presents. Each one does something different and can be very helpful in your journey – or can literally kill you.  The presents are unknown, so you must take the risk when collecting them, not knowing whether they will be useful or deadly, though there is also the option to collect money and pay a guy in a carrot suit to tell you what is in the present boxes.

The levels increase in difficulty as you progress and it is a real challenge to get through the 25 levels to find the 10 pieces of the spaceship so that you can fly back home.

I recently returned to ToeJam & Earl as an adult and I’ve had a ton of fun playing this game again, even 25 years later.  It has aged very well, in part due to its great soundtrack, escalating challenge and fun gameplay mechanics.

All of these years later, it feels like an achievement to finally be able to beat it and bring back some of my childhood memories.

If you get the chance, pick ToeJam & Earl up and give it a chance. It truly is a classic.