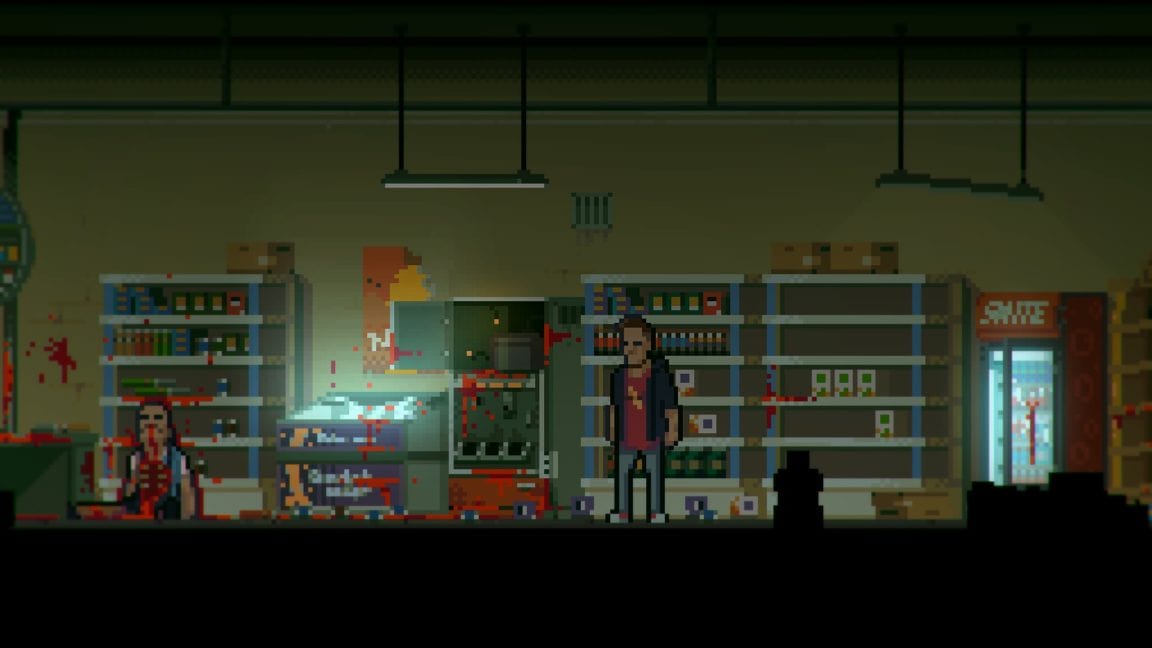 I love all genres of video games as a general rule, however, one that I have not really spent a great deal of time with is indie. Recently on a Nintendo eStore sale, I picked up “The Long Reach” described on the dev teams website as “an intricate adventure, where you solve puzzles, run, and hide.”

The pixelated look of the game from the screenshots on the store were enough, along with the description of intrigue and horror, to grab my attention. The price point for this game was also a huge plus as I paid £3.50. The game retails for around £12.99 but due to a discount on the store, I was able to pick it up for significantly less.

A game costing roughly the same as a cup of coffee is a bargain in my eyes but it would have to truly impress for it to be a genuine bargain, with that said I went into this game with no pressure in terms of expectation at all.

As I mentioned before I do not have a great deal of experience with indie titles over my gaming “career” and this was to be a departure from the usual games I play. Having finished Red Dead Redemption 2, Resident Evil 2 and Turok recently, I sprung for The Long Reach as a change of pace, hoping that it would stoke a fire within me in terms of opening myself up to a different gaming experience. 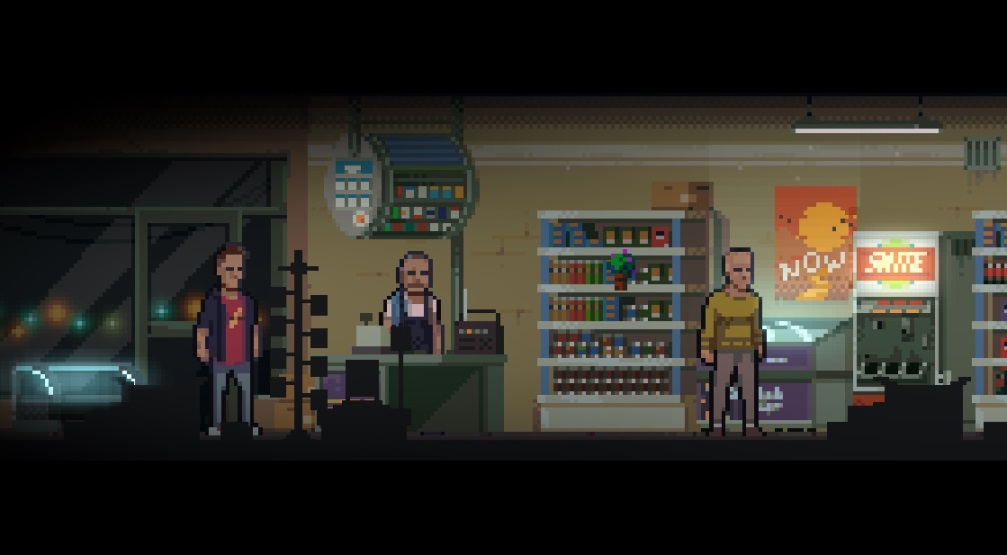 The graphics for this game, as mentioned, were a draw as it has a very artistic pixelated look. The feel of the game is one of realism within that framework. I was impressed with the way the game looked but obviously had to alter my expectations due to the game being an indie title and not a AAA dev title. From reading a little online about this game this is definitely the look they were going for and as such, I would say they achieved this in a positive way.

The music in this game is definitely perfect for the psychological horror/thriller nature of the game. It could have been lifted straight out of a movie and snaps regularly from nice calming themes to outright panic. On occasion, it could be like nails down a chalkboard which really generated an atmosphere of panic and trepidation. It would be remiss of me to mention that if you find immersing yourself in games difficult you may not gain the same experience. I literally couldn’t and can’t help myself at times and was really impressed with the music on offer with this title.

The sound is limited in this title and is something of a disappointment. Saying that they performed their function well enough without being anything special. There are no voiced NPC’s or characters in this title and the story is delivered through readable text. Depending on what you are used to this may be a plus or negative. I personally enjoyed the experience of how the story was delivered and look back thinking that adding voices would have changed my immersion quotient.

Gameplay is essentially what you make of it; if you embed yourself in the story and really make an effort to connect with it you will forget that all you’re doing is moving from room to room opening doors and interacting with objects that help progress the narrative. It very much reminds me of point-and-click adventure games in a gaming era long gone. Broken Sword is one of my favourite point-and-click adventure series and it definitely does have some similarities albeit with a much different aesthetic. At times the traversal between room to room can become tedious but if you’re invested it won’t trouble you too much as you will be too busy trying to find out the next plot point.

In an effort to avoid spoilers, I will not mention any details about what takes place during “The Long Reach” but I would say that the narrative, is the highlight and star of the game and the stylish look and creepy music are the superb supporting cast members.

The game is, essentially, a psychological thriller and wouldn’t be out of place if it was a Hollywood movie. I would note that it did take me a little time to adjust to the narrative but that is understandable with a game that is heavy on the story being the vehicle in which you navigate the game.

After playing the game for a short period of time I came up against my first frustration, an obstacle and puzzle that needed to be solved. Once passed it really did give a wave of adulation and made continuing so much more worthwhile. It is after this initial point that the game opens up a little and because you have some semblance of what is going on you are able to enjoy it so much more than before.

That said, getting past that initial point was both a tricky and frustrating experience. I spent a fair bit of time trying to work out how to move forward but with some blind luck, I stumbled upon the answer. The trick was in scouring every detail of the screen and in the early parts of the game there is a darkness that can be hard to navigate through. Obviously, luck shouldn’t be a way in which you progress within a game and is something of a disappointment to me in terms of my progression but wasn’t enough to stop me from continuing.

After this initial frustration, I was on the lookout for similar such elements and this change in mindset definitely helped me on my way. In fact, it made the experience much more enjoyable as the game was now allowed to flow.

Scripting wise, there are many little hidden gems in the game and certain gaming references are alluded to throughout. This was an extremely nice touch and was something that enhanced my enjoyment overall. The script itself is fairly dark given the subject matter of the game but also manages to inject some humour albeit of the fairly dark variety.

Value for money is a term banded around often when it comes to video games especially the AAA variety. In this case, as I paid a very small amount and spent around 4 hours with the game and enjoyed it, I would say that this game is great value for money if you can pick it up in a sale.

Upon finishing my journey with The Long Reach I would opine that it should be lauded as a game that puts story and the player experience front and centre. There were points where I was on the “edge of my seat” and felt an uneasiness that came from the thrilling story. On the flipside to that coin, there could also be times of immense frustration, albeit few and far between. The positive aspects I have mentioned definitely outweigh the negatives and I would recommend this as a game to play when you want to change up your normal gaming experience. I, for one, will be trying a few more indie titles if this is the quality on offer. 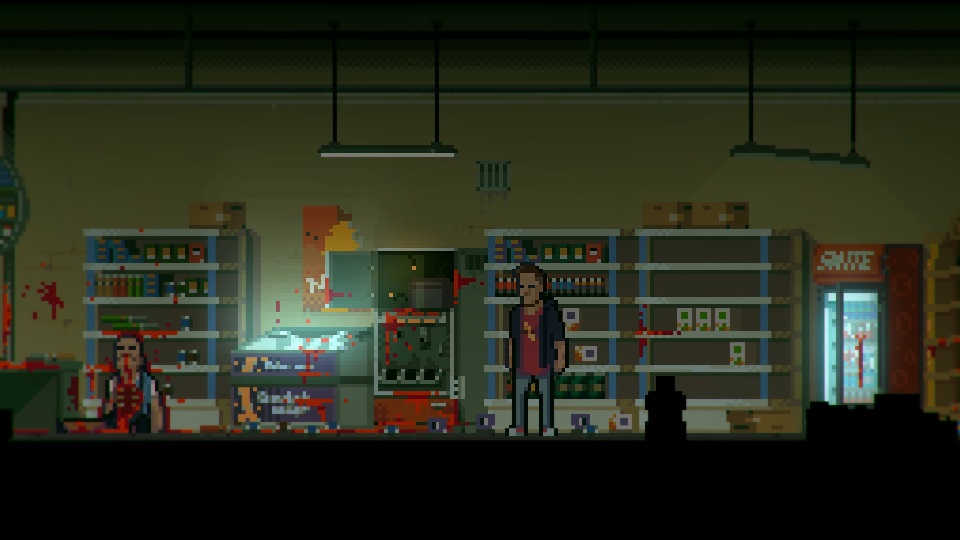 A very enjoyable experience that had me desperate to reach and find out the conclusion. A game that is not for everyone, but if you can find it for less than the RRP of £12.99 then I’d say this is a game to take a chance on.