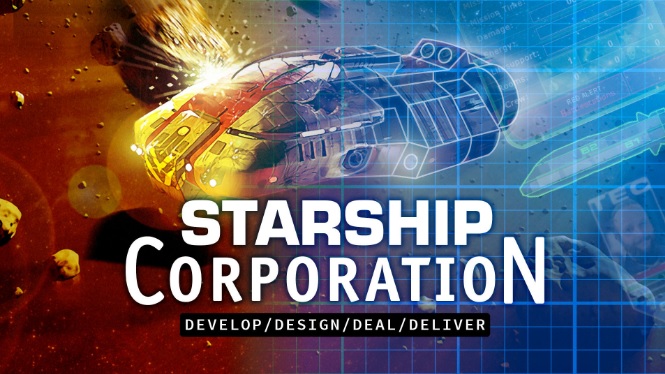 Starship Corporation is a simulation management game developed by Coronado Games and published by Iceberg Interactive. It simulates the management of a Starship Production Company, or at least it tries to.

The story follows you the player, as you have taken over a well established Starship Corporation after the passing of your father. But other than that nothing much else here as the same missions will be given to you during the campaign mode as you would get in the sandbox mode. I’m not sure what the point of having either mode, as it presents a lack of replay. The only difference here is the campaign mode has a bit of a story with fixed starting conditions and the sandbox mode allows you to choose how to start the game. 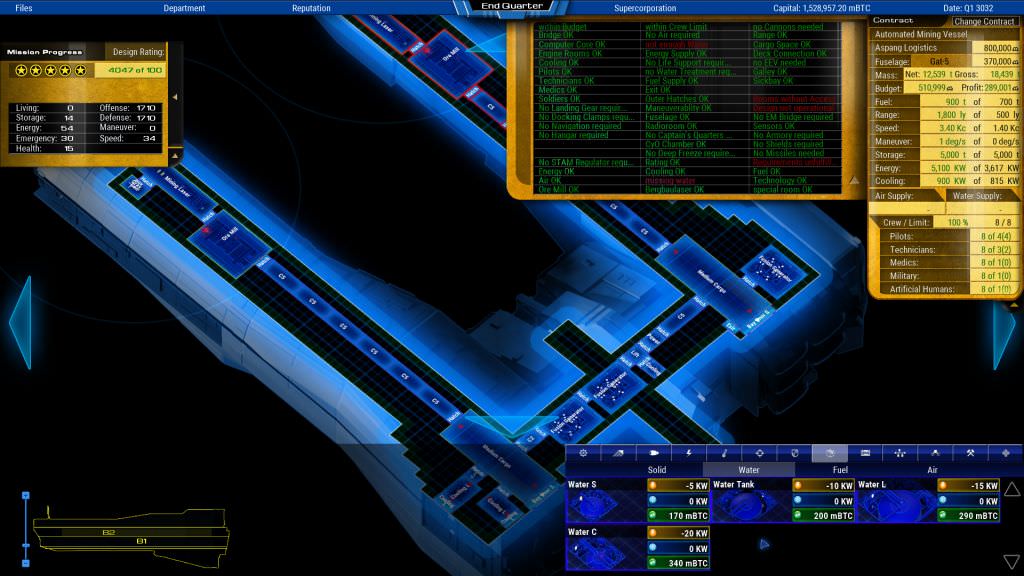 Starship Corporation in the visual department is as basic as it comes. Most of the screens are static images that look like they came from stock photos of a business website. The only moving parts I saw was the Galaxy map and simulation testing of a ship you designed. Besides that, the only other moving visuals in the game are the main menu. Don’t expect any 3D graphics here, as there really isn’t any. As you navigate from department to department of your company you’ll see the same screens, backgrounds, and windows. I am not saying that the visuals are bad, they are fine to look at it and don’t really hurt the game overall. Just note that the graphics here are not going to win any rewards any time soon. 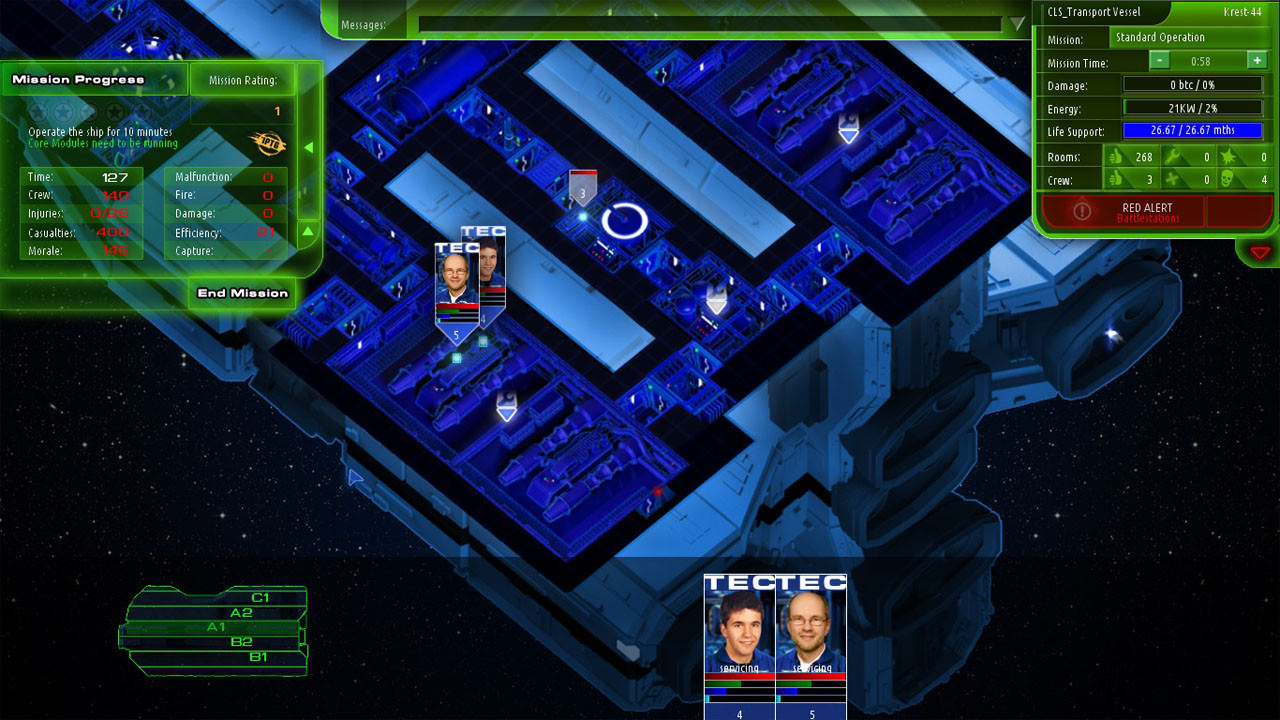 Music? What music?  During my play of Starship Corporation I barely if ever came across any background music. If I recall I only remember hearing any music on the main menu when you start up the game. Other than that it was non-existent. As for sound effects they were there, as basic as they were. But for a management game that doesn’t have much-animated graphics, sound effects were not needed all the time. But where it counts, such as when designing a Starship or testing a design you made, they fit the situation just fine. For most of your play through the game will be pretty quiet except for some background noise or sound effects when they are needed. 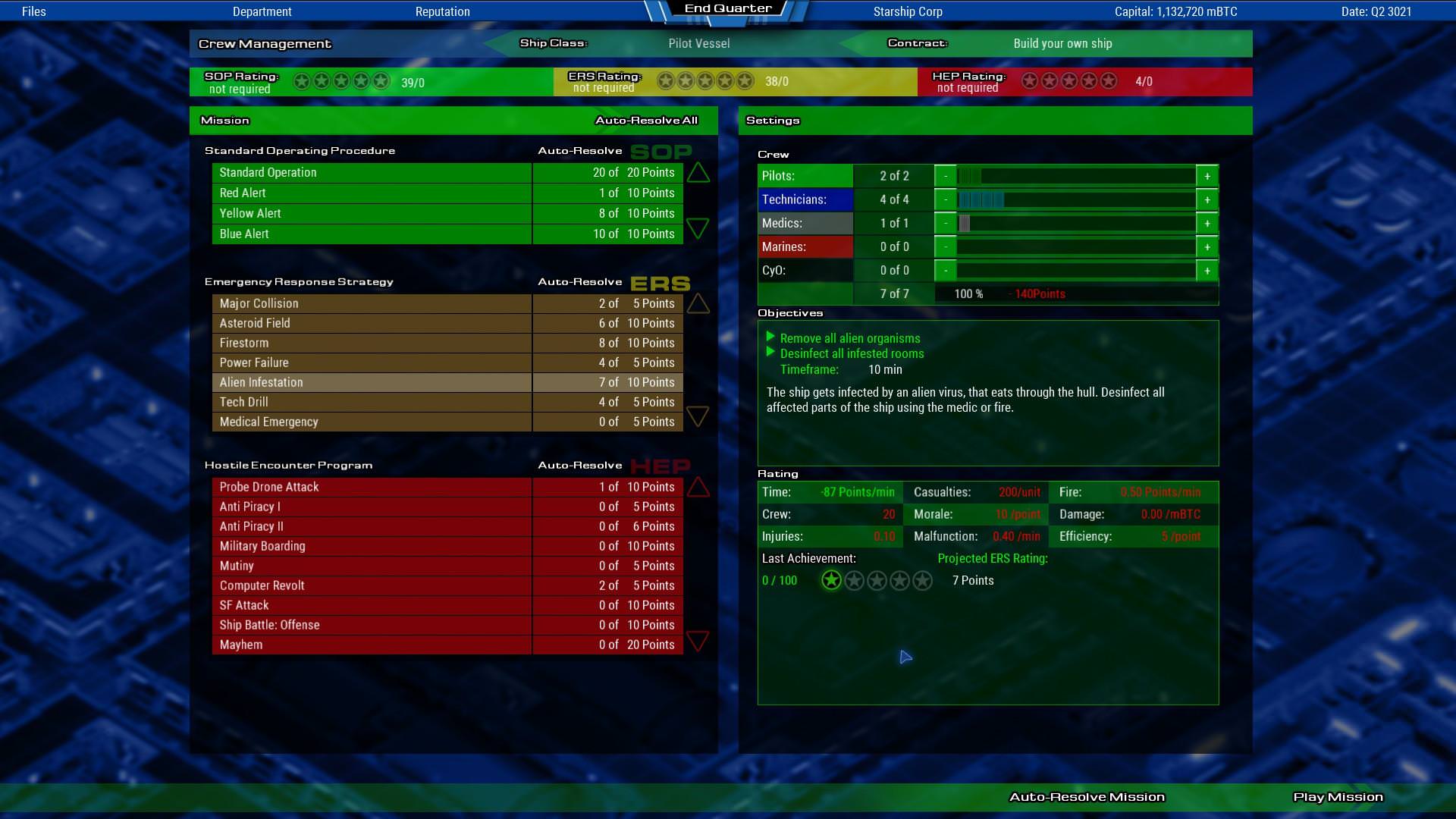 Starship Corporation is a simulation management game with semi-turned base elements. As for whether you choose to play the campaign mode with fixed starting choices or the sandbox mode, you’ll always start off on the Galaxy Map. Here you can see the few planets there are in your game. You’ll always start on Mars and you can only have one ship production on each of the planets. If you decide to build a production facility in another area, that planet will then allow you to take on contracts of that planet. Contracts can be anything from building Starships for a customer or taking on missions with ships you have designed for that contract.

Once you decide to build a ship, in order to have it delivered you have to hit the End-Quarter button at the top. This will end the quarter and you will then go into the next quarter, any ships in production will complete, and you will then see your expense report. Not sure why the developers went with quarters here instead of the standard month by month but whatever, I guess things are different in the Starship business. You will then rinse and repeat this till you reach the end goal set by you or the campaign.

The other exciting things you can do is research items where you can either put money into categories, which will take time to complete and cost less over time, or buy the research upfront and just have the items available right now. Either way, you choose doesn’t matter, as you’ll need these researched items to design ships.

Designing the ship was the most interesting and challenging part I thought. If a contract asks for you to create a specific ship with desired parts. You will then have to design that ship by placing all the parts inside a blueprint. Some contracts will ask for things such as shields or storage or sensors. But most if not all ships will need pilots, a bridge, a computer, technicians, water, air, and so forth. Fitting all these things and the customers custom added parts can get tricky, especially if you have to work with a small frame blueprint. While designing your ship, there is a mini-window at the top that will tell you if you are in the specs of what the customer wants and what the ship needs to function and past the tests. Once you have all the parts needed and wanted, you can then move onto the testing phase.

In the testing phase, you can go through a simulation testing specific conditions and see if your ship can meet and pass those conditions. If it doesn’t, the ship will not be in spec and you cannot build it for the contract. You can play the test simulation out manually or you can auto-resolve it and the game will give you a rating. If you gain enough points that meet the contract specs, you can then build the ship and have it delivered to the customer.

This is pretty much all you can do during your play-through, take on contracts, design a ship, build it and complete the contract. Rinse and repeat until the winning conditions are met and the game ends. 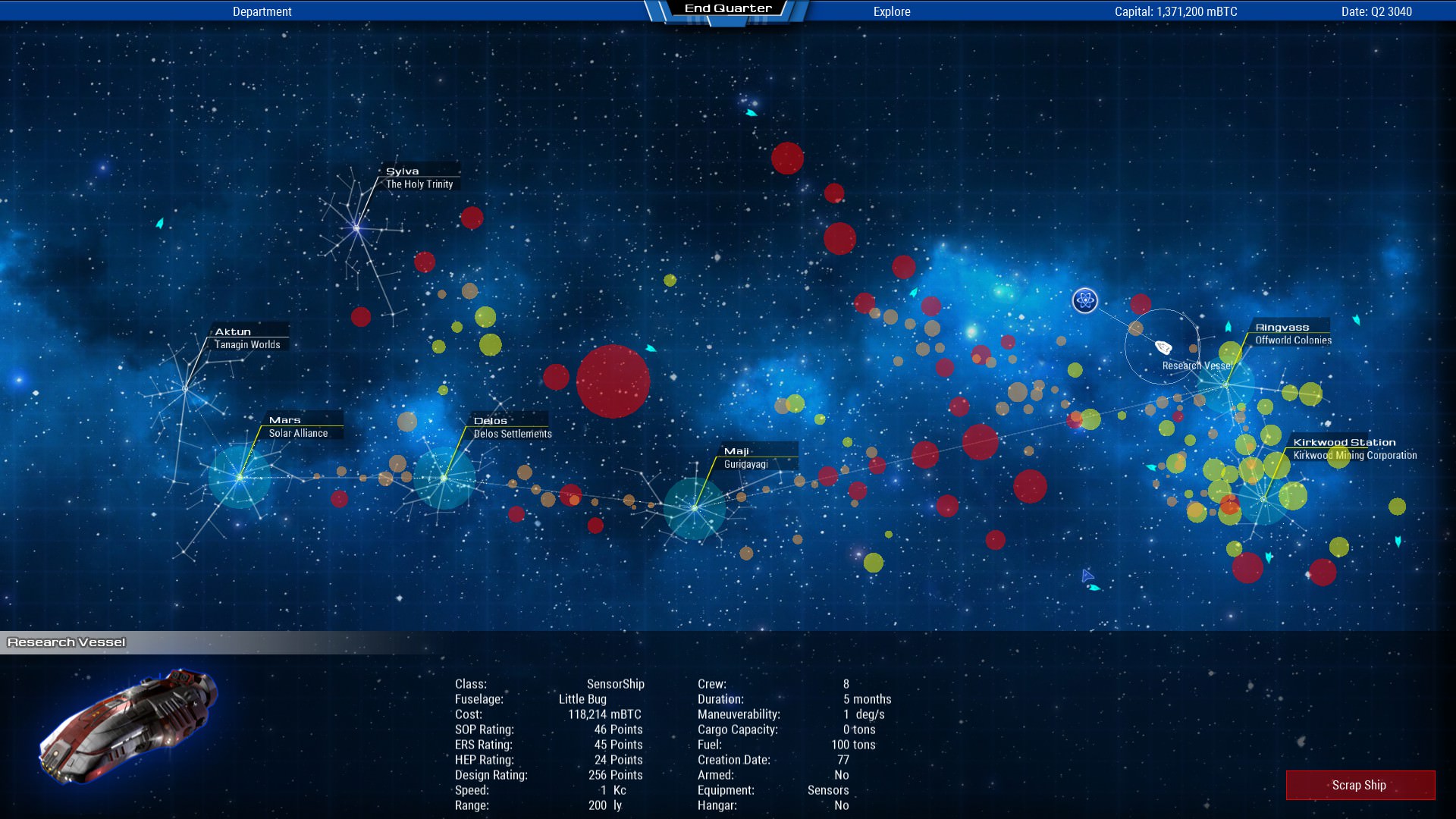 I could forgive the static graphics, the lack of sound effects and music, the slow loading time to even get into the game, and the slow time it takes to even save the damn game. But the gameplay gets pretty boring fast. The only thing that was interesting to me was designing the ships and trying to fit all the parts into a specific blueprint. Other than that I just couldn’t find the fun in playing Starship Corporation.

Finally, avoid Starship Corporation unless you could get it for a deep, deep discount (Like 90% off). It isn’t really that fun and after an hour to two, you just can’t find the reason to wait three minutes to even load the damn game. Yes, this is one of the longest load times for a game to start I have ever seen. I wanted to like Starship Corporation, at least it has a tutorial to teach you how to play the game. But in the end, even the tutorial couldn’t save Starship Corporation.