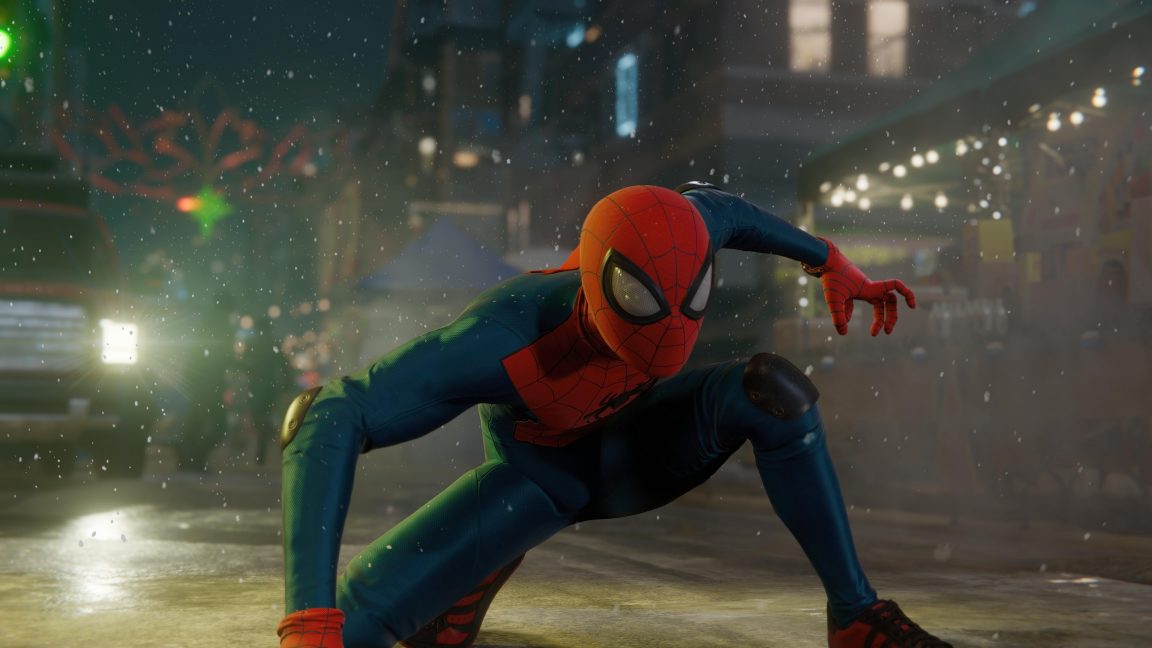 BY KIT MORRIS: Though it has only been out for a short time and I still haven’t completed everything the game has to offer, Spider-Man: Miles Morales is easily one of my favorite games to release this year. I’ve beaten the main story, done some side quests, and have begun my playthrough on ultimate mode. Though I enjoy the game a lot, I also thought it had some flaws that hurt the experience a bit. 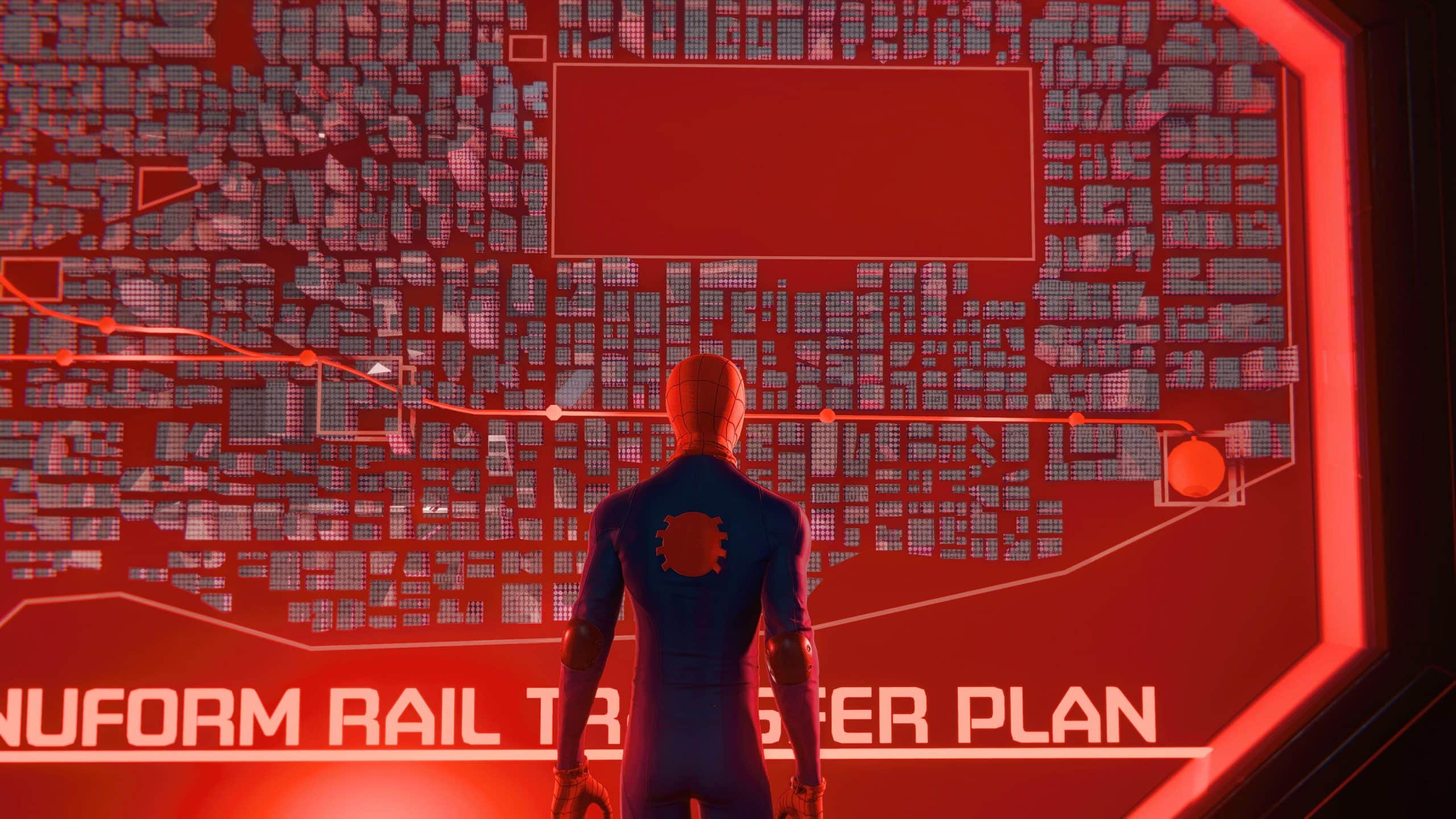 When the game begins, Miles joins Peter to stop Rhino and a group of prisoners that escaped. Though he ended up saving the day, Miles doesn’t think that he is as good of a hero as Peter. However, Pete has a lot of trust in Miles and decides to go on vacation with Mary Jane for a few weeks. It is up to Miles to be the best Spider-Man he can be.

Shortly after Peter leaves, Miles encounters a group called The Underground. He fights them, as well as their enemies, Roxxon, who serve as the two main enemies throughout the game. Without revealing too much about them, my favorite character in the game quickly became The Underground’s leader, The Tinkerer. On the other hand, I couldn’t stand the members of Roxxon and thought their leader was poorly written.

Besides The Tinkerer, I also liked Miles a lot. Before playing this game, I knew very little about him. Most of my Marvel knowledge comes from the MCU so I only knew about Miles from Marvel’s Spider-Man and the few scenes I saw from Spider-Man: Into The Spider-Verse, which I now want to watch all of. I think he’s a great character and I may even like him more than Peter. Time will tell. 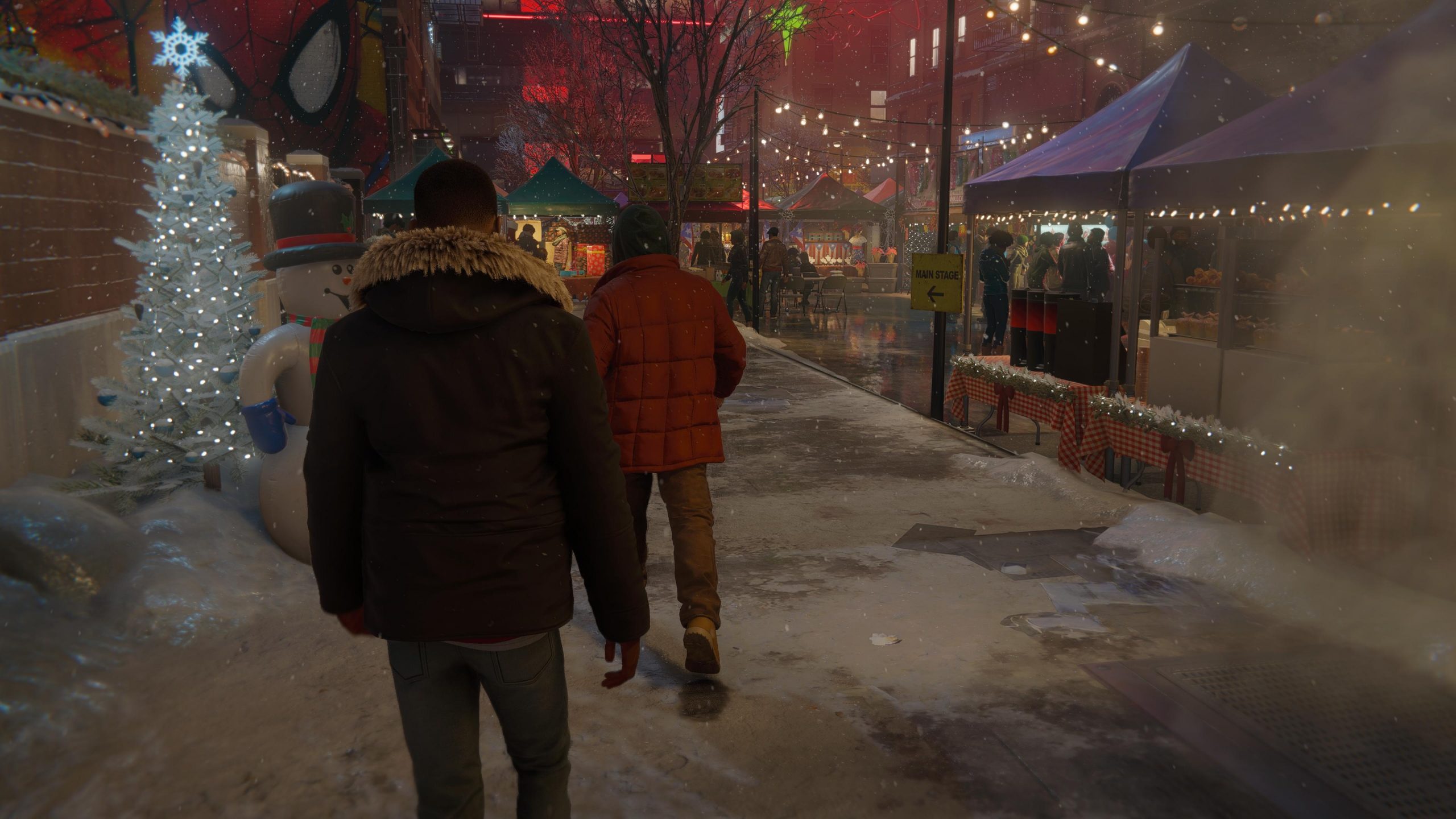 Though the main game was short, the side quests give players more fun adventures to go on. Some felt just as important as the main story, such as Miles’ interaction with Kingpin, while others weren’t as serious but fun nevertheless. My only complaint was that there weren’t enough of them.

Besides the lack of story content and how much I hated Roxxon, I thought the plot and characters were great, making this one of the best Spider-Man stories that I’ve experienced. I wish I could say the same about the gameplay.

I really enjoyed the combat and swinging through New York. However, that’s pretty much the only two things I liked about the gameplay. I don’t like puzzles in my video games. In Marvel’s Spider-Man, I was able to skip most of these. Though the puzzles in Spider-Man: Miles Morales are very different and I understood them more, they took me a long time to figure out how to solve them and they were mandatory. I’m not the best gamer nor problem solver so I got frustrated at these moments. Luckily, the gameplay mechanics that I enjoy are the ones the game offers the most of. 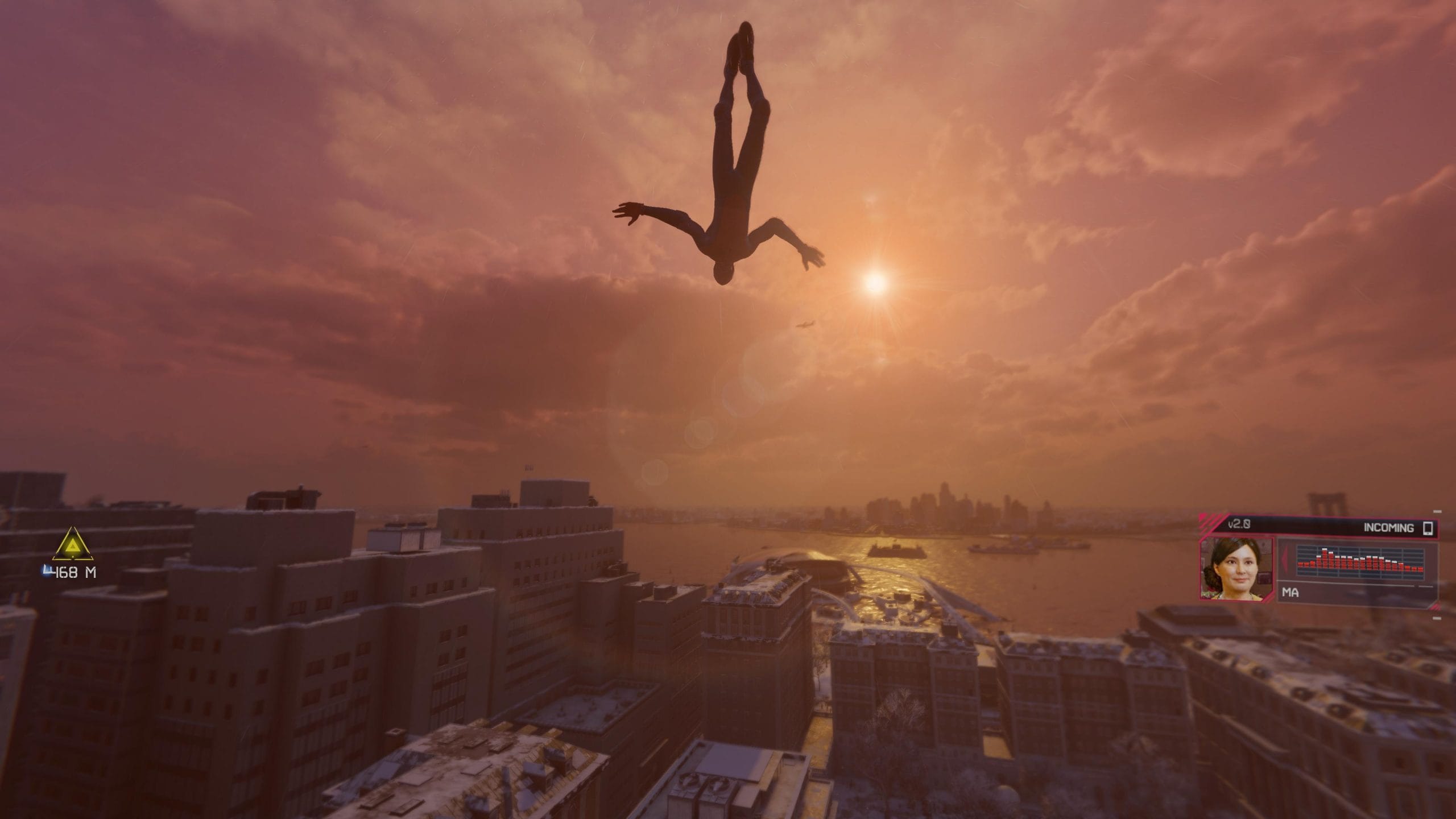 Besides the moves that players used in Marvel’s Spider-Man, Miles has a few additional powers that Peter doesn’t. Though they make the game less challenging, Venom Skills and Camouflage are fun and helpful. Venom Skills were great to use when fighting powerful enemies and breaking their shields or when battling against several weaker opponents at the same time. I didn’t use it that often, however, as they are sacrificed whenever Miles needs to be healed and I didn’t want to risk dying. There were a few times where I was about to die and using Camouflage saved me just in time but I still wanted to make sure I’d be able to heal myself if I needed to. Because players had access to more abilities, the game could get confused with what the players wanted. When I tried to do one thing, Miles would do another. It didn’t happen often enough to upset me but it was a problem that I faced.

My favorite part of the combat was the boss battles. The first video game I ever played was 2000’s Spider-Man. I was a little kid at the time but I remember playing it with some of my relatives. I never beat that game and mostly watched as they progressed through it for me as I didn’t have any gaming skills at the time. One of my most fondest memories of that title was the boss fight against Rhino, which this game reminded me of. Rhino was arguably the most challenging boss in the game, just like when I couldn’t defeat him as a child. Despite being a new game, Spider-Man: Miles Morales gave me a lot of nostalgia. The music was also great. I’ve been listening to a lot of the songs from the soundtrack in my free time and enjoy too many of them to think of a favorite. As I’ve mostly listened to rock music throughout my life, these hip hop tracks gave me some new artists to check out.

As for the visuals, New York looks more realistic than ever. Since I live on Long Island, I’ve seen the city a lot and thought they had already done a great job with it in Marvel’s Spider-Man. With the snowy scenery, it looks even more beautiful now. 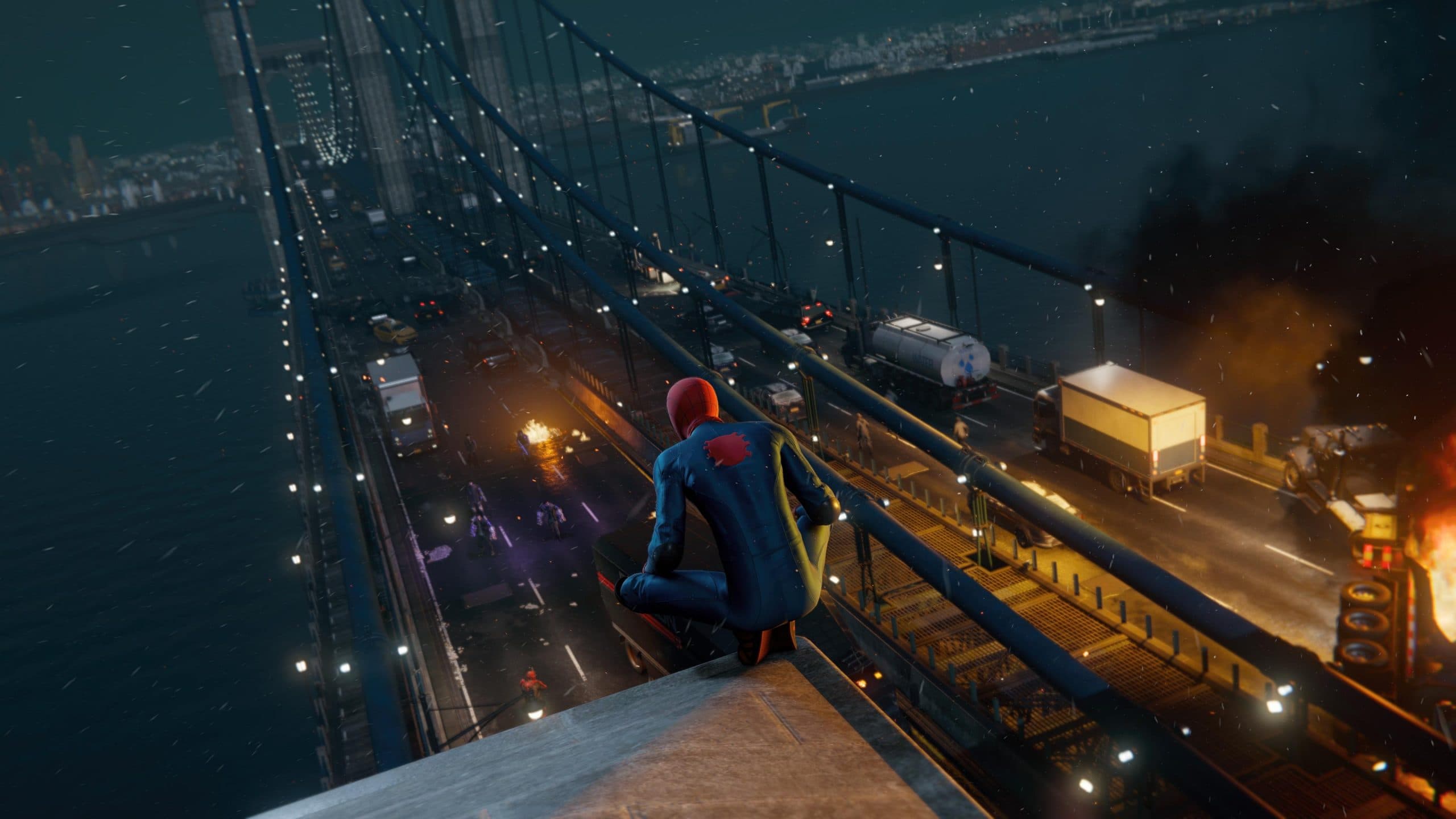 Though I have my share of complaints about this game, I had a great time with it and have a reason to experience more of Miles’ story as well as other projects that those that worked on this title made. It was really fun, had an emotional story, and is a great PlayStation title to pick up right now as the holidays are approaching. This is one game you won’t want to miss out on.