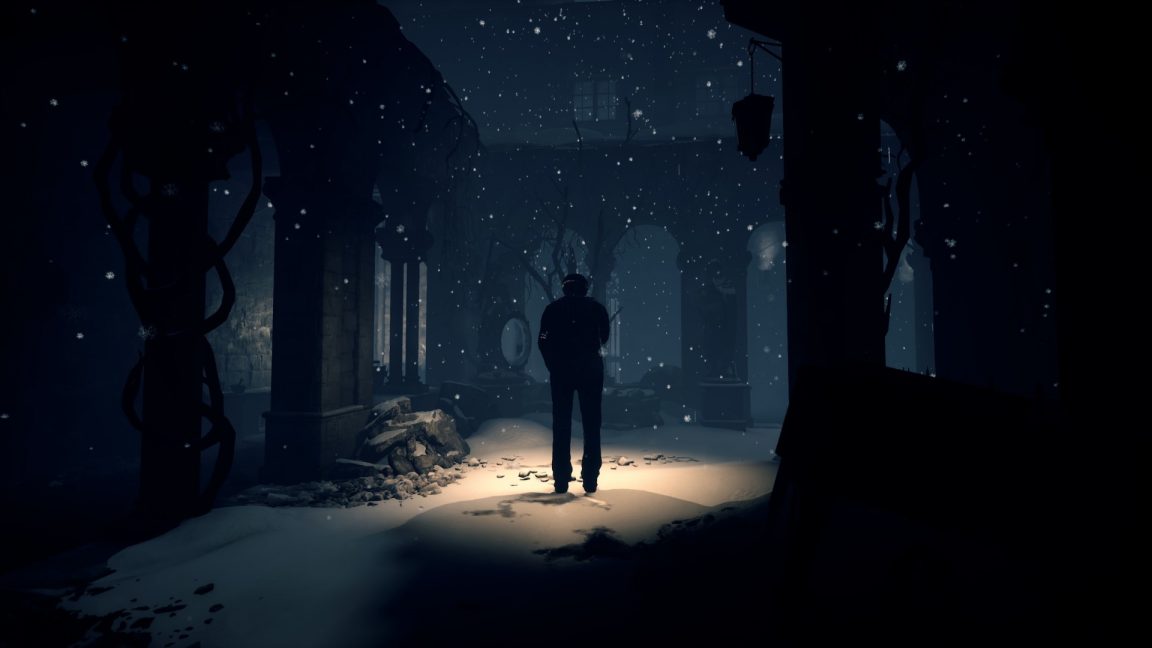 I’m really hard on horror games these days, especially low-budget ones. I’d rather not have to be, but the horror section of Steam is absolutely flooded with crappy shovelware. Once in a while, though, a worthy contender rises to the surface. Song of Horror isn’t amazing, but it’s pretty good, and it brings some fresh new ideas to a generally stale genre.

Song of Horror is an episodic game, but it’s not an Early Access title. Each chapter is complete, polished, and thoroughly tested when it rolls out. The story centers around a dude named Daniel, a recovering alcoholic who could stand to be a little more grateful to his boss. When Daniel stops by a client’s house to check on him, he is unceremoniously sucked into a hellish alternate dimension and trapped inside the house. 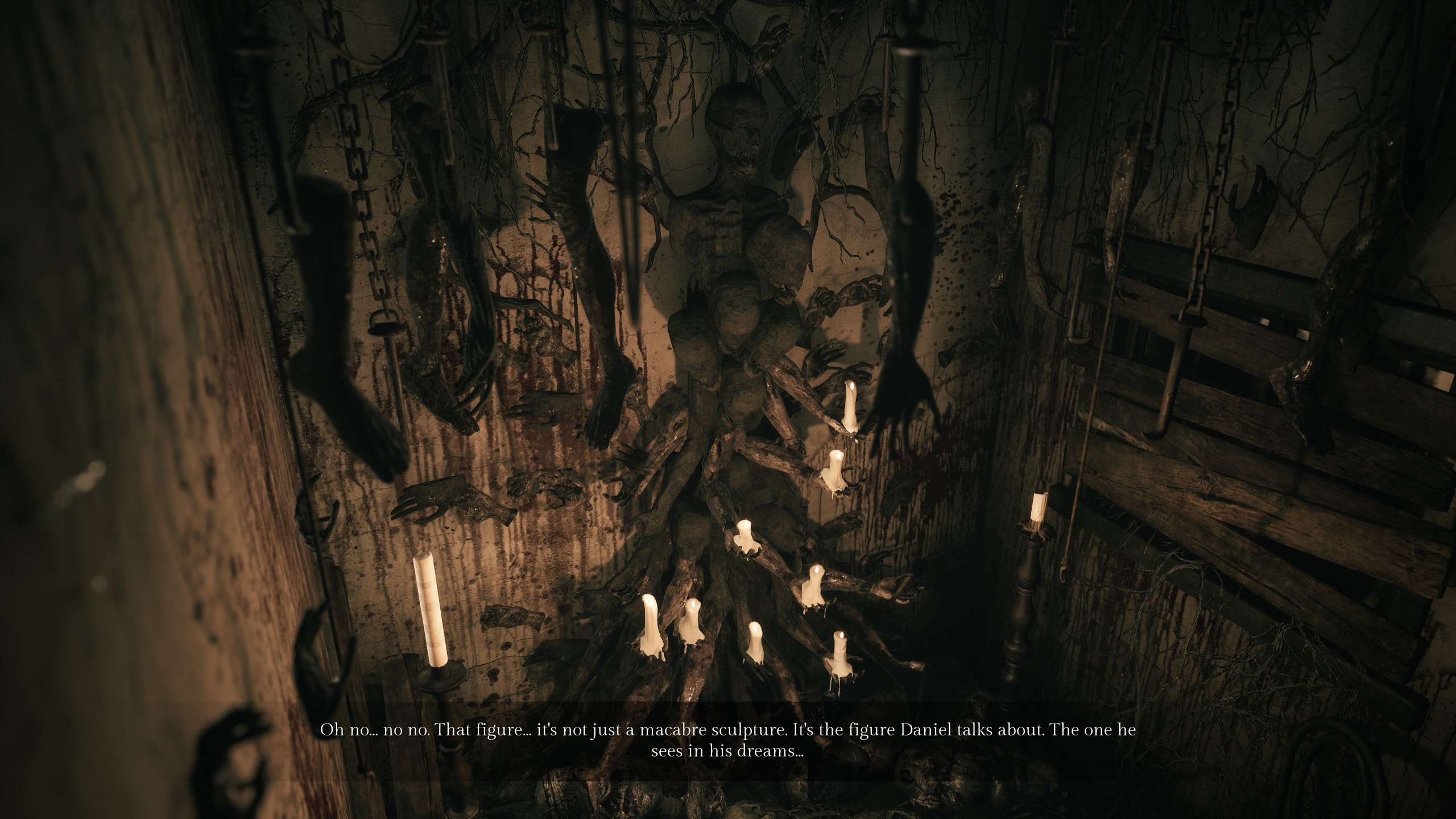 When Daniel doesn’t show up for work on Monday, his boss and ex-wife go looking for him. You can choose to play as either of them, or as the client’s housekeeper, or as a security technician dispatched to the house by an automatic alarm. There is some seriously messed up, Lovecraftian stuff going on in the house. Provided you survive the first chapter, you’ll discover that there’s a mysterious music box at the root of it all. Chapters 2, 3, and 4 revolve around the characters’ quest to return the box to its original owner, with the hope that doing so might lift its curse.

Each character (there are ten in total) has a unique item which might warn them of nearby monsters, reduce their stress level, or grant them a single “get out of hell free” card in the form of an automatic escape from danger. Each character also has different stats, but the stats have only minor effects on gameplay. If a character dies, they’re gone forever, and you can’t reload an earlier save to resurrect them. You’ll unlock new characters in each chapter, and some of those who survived previous chapters will carry over, but if you lose your last remaining character, you’ll have to start all over. 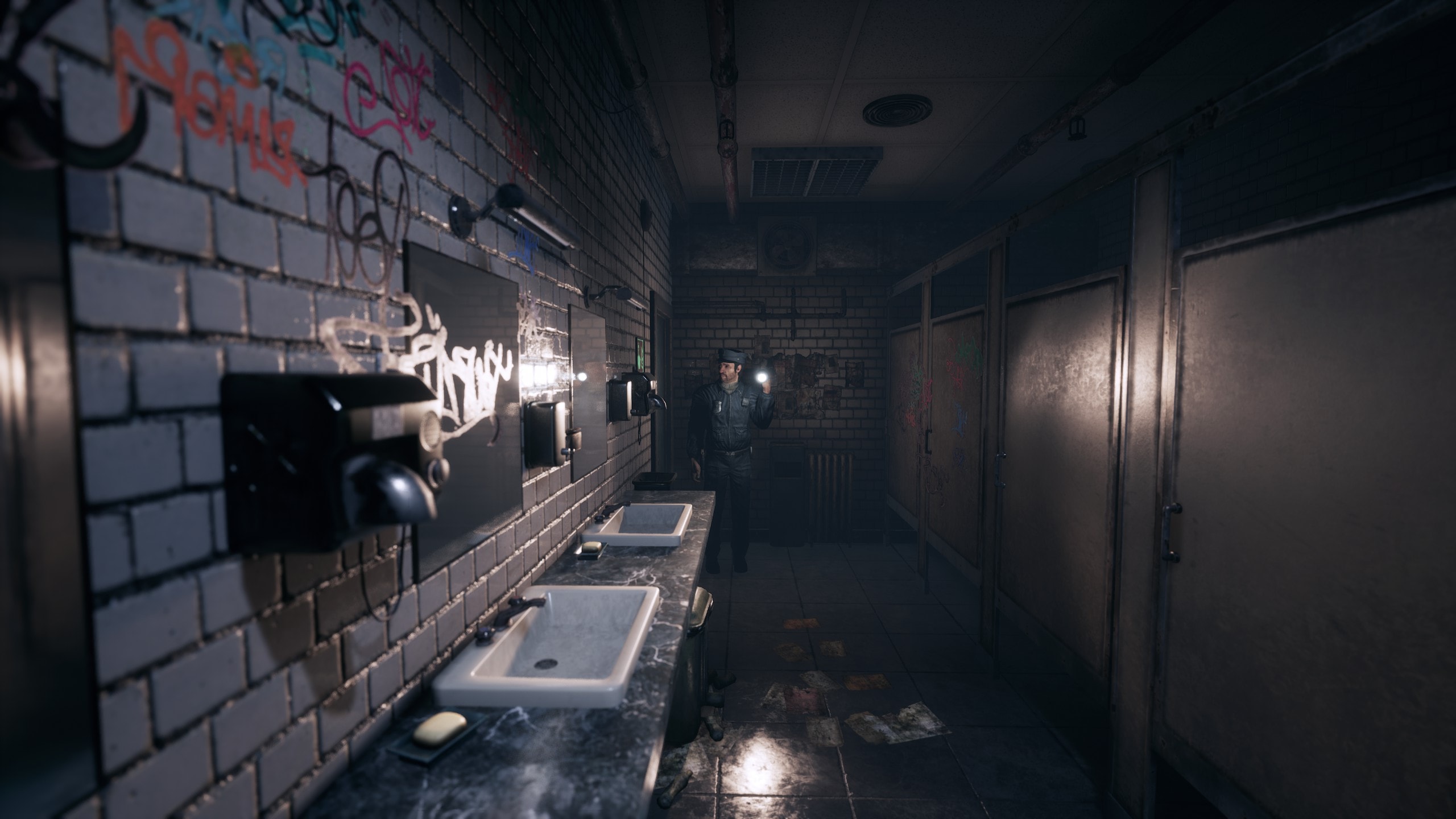 There are two kinds of threats that can kill off your characters: dynamic events and “surprise” kills. The former comes in a few different flavors, but you’ll always get a warning ahead of time and be given an opportunity to either hide from the threat or fend it off. Provided you explore cautiously and don’t rush (I can’t emphasize this enough), you’re reasonably safe from these.

The surprise kills are much more dangerous and harder to avoid. Most often, these manifest in the form of suspicious objects that can be interacted with. Sometimes, the right decision is fairly obvious (are you sure you want to stick your hand in that deadly spider’s cage?). Other times, it boils down to a guessing game—answering “yes” to a prompt might kill you, or it might net you a key item that you need to proceed. 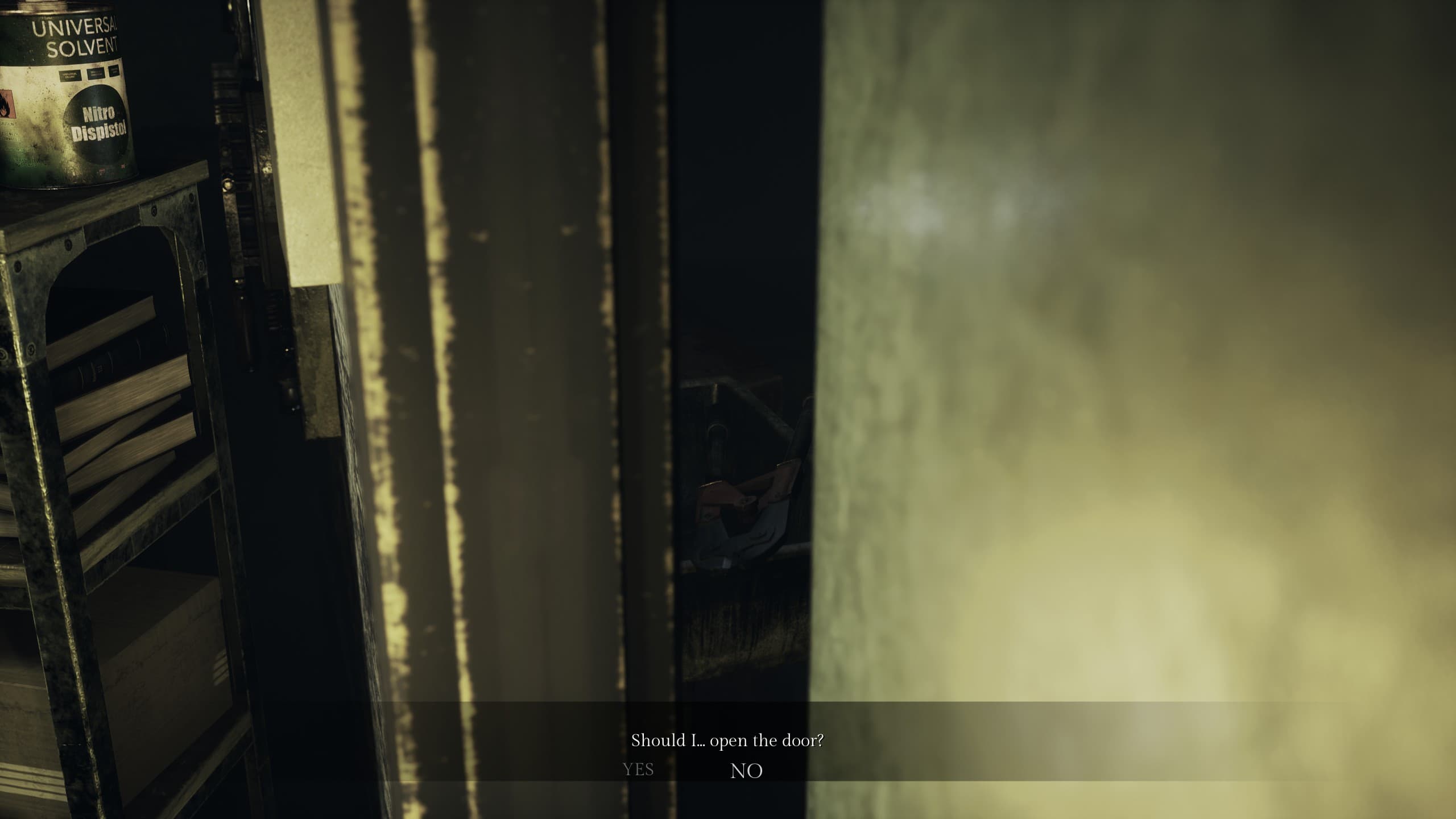 Chapter 4, in particular, is rife with surprise kills that are rather arbitrary, if not borderline unfair. Most such kills in previous chapters give you at least some warning, some subtle hint with which to surmise that you probably shouldn’t open that door or talk to that dead guy. But it feels as though, by chapter 4, when players are wise to most of the game’s tricks, the developers thought that the only way to keep the permadeath stakes high was to force us to guess more often. Unless you get lucky (or are willing to use a guide), you’ll probably lose at least one character in this chapter.

Throughout each two- to three-hour chapter, you’ll solve Resident Evil-style puzzles and explore creepy locations in search of clues to the whereabouts of the music box’s owner. There is no combat, despite the fact that one character has a gun (it’s a single-use escape item, not a true weapon). You’ll need to move at a moderate pace—advance too slowly and you’ll invite more attacks by dawdling, but if you move too quickly, your character will get winded and stressed out, which has the same end result. And if you’re already stressed out when a danger event begins, you’ll be at a serious disadvantage. 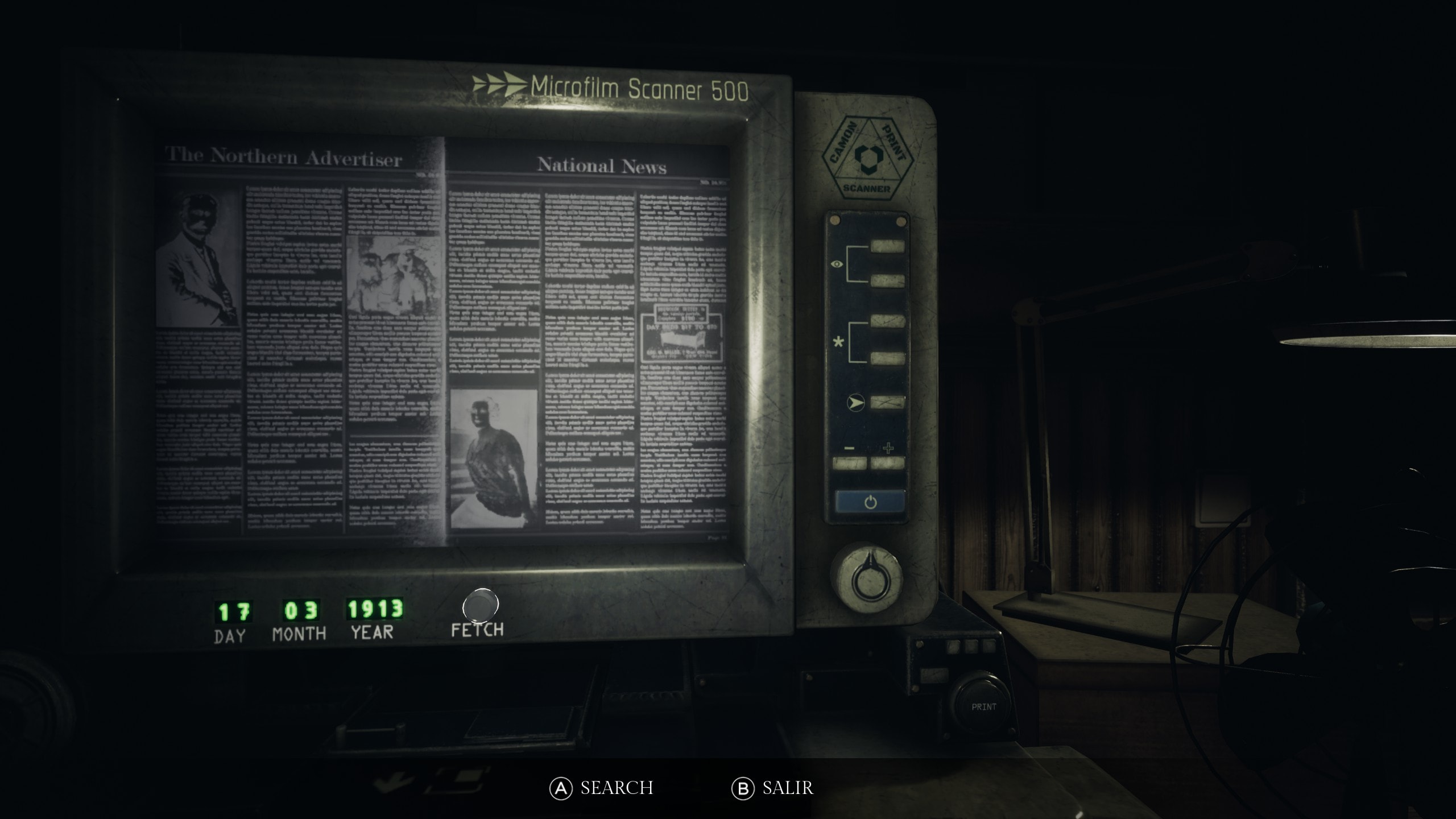 Each chapter has optional collectibles which might come in handy during later chapters, but finding them will require exposing yourself to even more danger. It’s your call…

My only major complaints about Song of Horror stem equally from its slightly wonky controls and from some of the aforementioned “surprise” kills. Every so often, you’ll have to run from a threat and/or find a hiding place, but in this game, you can move quickly or you can move precisely—you can’t really do both. I lost one character because he had way too much trouble positioning himself in front of a door, and another to brittle bone disease. (Why else would she die from falling ten feet? She slid down a roof and effectively fell from the second story. Seriously, that death was total nonsense.)

All in all, Song of Horror scores well for gameplay. The puzzles are decently challenging, but (usually) not obtuse. Its systems are generally intuitive and the menus are easy to navigate. It could use a little more all-around polishing and fine-tuning, but it mostly nails the essentials.

Song of Horror‘s environments, objects, and monsters (what little you actually see of them) look great, especially for a small indie studio. The character models are a bit stiff and dated-looking—reminiscent of early PS3-era protagonists—but I’m the last person to criticize a game over how it looks. My only suggestion to the developers in this regard is to make the game darker. Each character has a light source, but it’s almost never truly necessary to use it. Most areas are reasonably well-lit, which detracts from the otherwise creepy atmosphere.

The game looks pretty good, but it sounds even better. There are a few neat sound-based mechanics, such as the need to listen carefully at doors before opening them (if you don’t, you might really regret it). In certain areas, if you see a monster coming, you’re already dead—you’ll have to listen for signs of its presence and hide before it shows up. Like most scary games, Song of Horror is best played in the dark with a good pair of headphones or with surround-sound speakers. 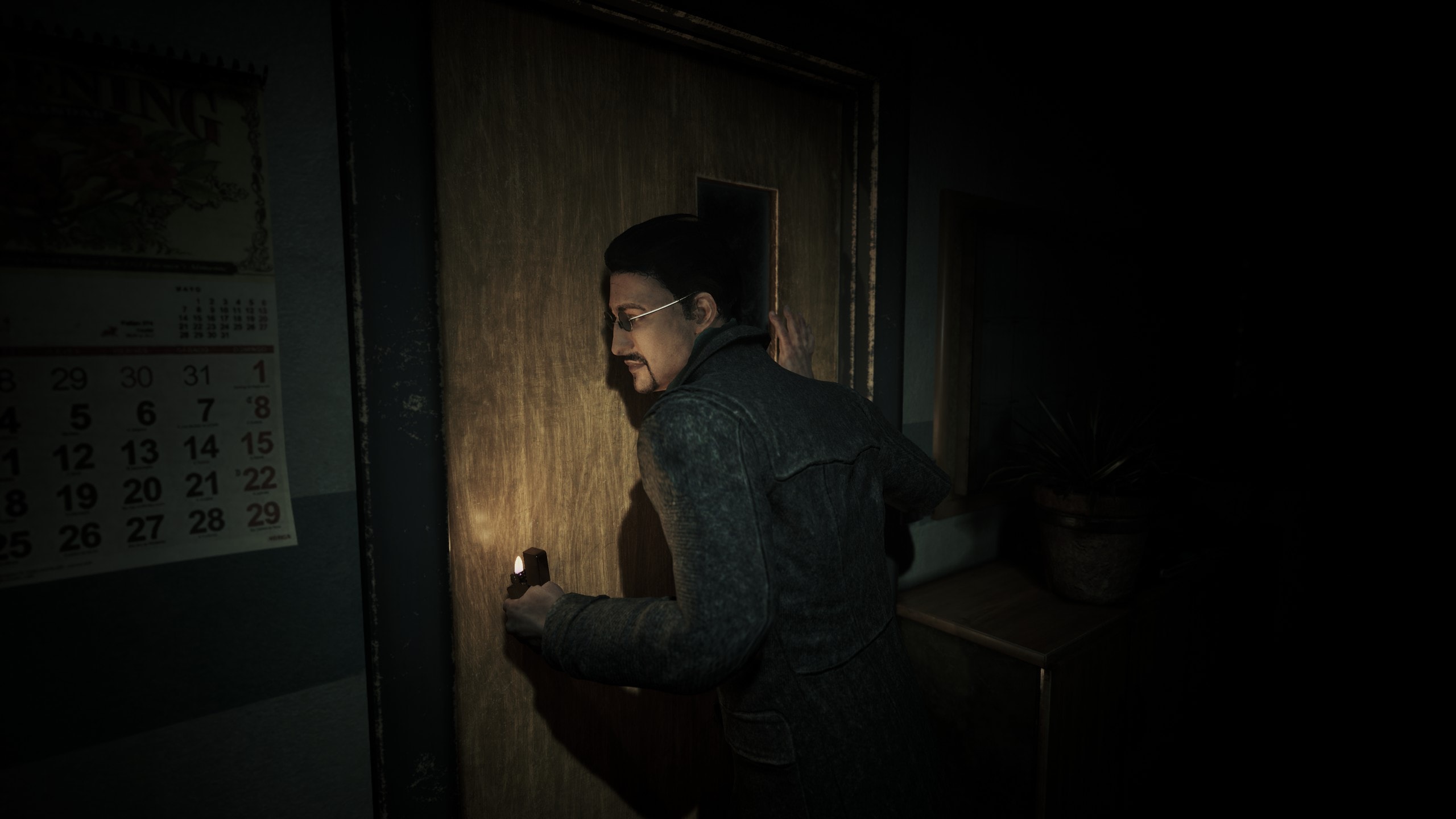 The game loses minor points for so-so voice acting and for frequent, glaring typos and grammatical errors in its written text. Both of these things periodically break the immersion on which the whole experience so heavily depends. Otherwise, its visual and sound design are solid.

Song of Horror is, at most, moderately taxing on hardware. I was able to maintain 80+ frames per second on Ultra settings with an i7-7700 CPU, an NVIDIA GTX 1080, and 32GB of RAM. The game never crashed during my time with it (about 12 hours), nor did I notice any bugs. In an era when everyone fully expects games to be riddled with serious glitches on launch day, I think developers who take the time to get it right deserve special acknowledgement. Hey, Protocol Games—thanks for being professionals (and thanks to their publisher for not rushing them).

Song of Horror doesn’t have a ton of replay value, but it’s mostly great, tense fun while it lasts. As of this writing, four chapters are available, with one more on the way in the near future. You can get access to all five episodes for $30, which is a fair price for the amount of content you’ll get. (Note that you’ll need to buy episode 1 and the season pass, because the latter doesn’t include the former and won’t work without it.) Horror fans—especially those who miss the late 90s—will find a lot to love here and will likely be happy to pay full price. The rest of you should at least consider picking up Song of Horror the next time it goes on sale.

– Short, and not much replay value
– Imprecise controls
– You occasionally don’t have enough information and must resort to guessing