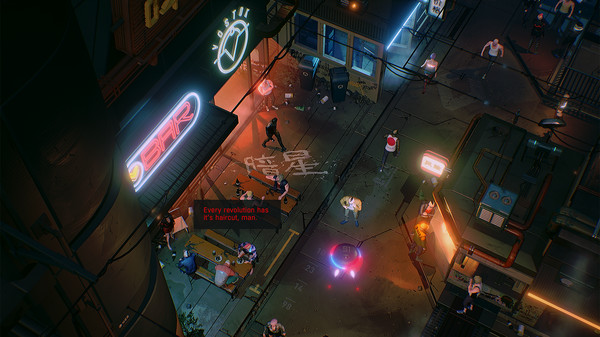 As soon as I booted up Ruiner, I was all in. It’s hyper-violent yet beautiful sci-fi world had my eyeballs glued to the screen. The initial gameplay and story set up were on point, so it felt safe to assume that I’d be in for an awesome ride. But then about halfway through, I found myself highly uninterested. Ruiner sets up some amazing gameplay mechanics, great design ideas, and a gorgeous world but ultimately fails to build upon any of these things.

Narratively, Ruiner is pretty basic. Someone kidnapped your brother and, with the help of a mysterious hacker, it’s up to you to save him. It’s as generic as it comes but due to its awesome setup, it felt exciting and seemed like it could develop into something more. Even Rengkok South, the games Hub world, is dark, gritty and very reminiscent of some of the sci-fi greats like Blade Runner and The Fifth Element. Sadly, the world or story never get more interesting than this. As soon as they do, the game ends, leaving you with more questions than answers. You are introduced to some really cool characters throughout the campaign, specifically the villains, but you never learn much about them and they never develop into anything significant. 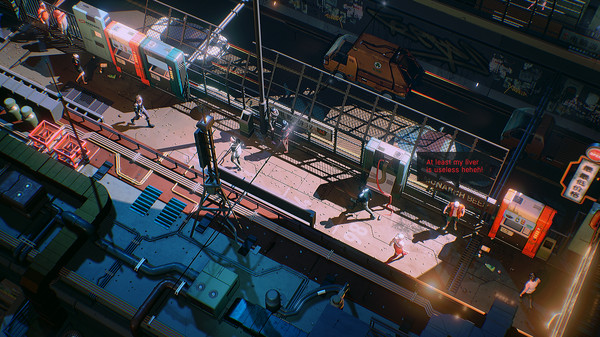 Rengkok South looks like every inner city slum you have seen in any dystopian movie. Everything is cramped, bars and clubs all flash these bright, seductive colors, and the degenerates in the streets just linger around looking super creepy. It really sells the whole dystopian seedy underbelly vibe but unfortunately, there is really nothing to do there. Most of the local establishments are inaccessible and the ones that are simply lead you to a splash screen while a character talks to you. There are some side quests, and searching every nook and cranny yields some rewards but the whole thing just feels underwhelming. At first, I thought maybe this is just one of a few hubs but alas, it’s the only one. The only real purpose the hub has is to feed you the story and usher you to the next bloody battle.

The combat is what really elevates the game above mediocrity. The gunplay is extremely fast and hectic, constantly keeping you on your toes. There are dozens of awesome weapons, melee and ranged, that you will find scattered through each level and experimenting with all of them is good fun. The level of variety between each weapon is honestly incredible. There are sub-zero laser beams, flame throwers, ricochet shotguns, various types of machine guns and much more. The vast weaponry, coupled with the sheer amount of upgradable skills you slowly earn ensures that the combat is always chaotic. 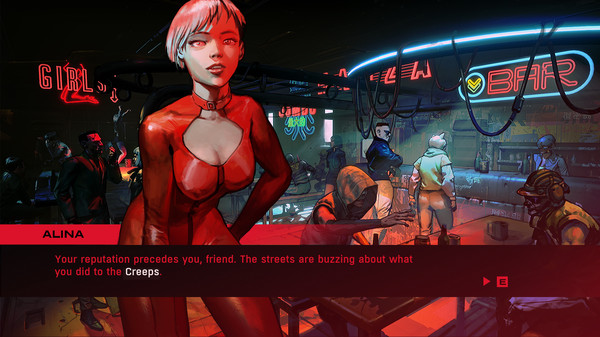 A huge part of the gameplay is how you upgrade your character and issue him with deadly power-ups. Upgrading and choosing what power-ups to use will determine how well you will do up against the games tougher enemies. Scouring each level and gaining Karma (XP) will allow you to gain new powers as well as upgrade each one further. There are defensive skills as well as offensive skills and you will have to constantly switch around the power-ups in your arsenal to be effective in the later stages. Luckily you can reallocate skill points at no cost to you to suit the situation at hand. Experimentation is key.

Blasting scum and painting the walls with there blood is very satisfying and the game is constantly throwing new enemies at you. The mini-bosses are incredibly difficult and put your skills to the test. The few major bosses there are exceptional and will require a bit of puzzle solving to conquer. I did find it a little difficult to aim properly sometimes feeling like I was firing blindly. Also in all the chaos, it was hard to tell where I was getting shot from but ultimately it lent to the games crazy nature. Surprisingly though the actual level design is pretty terrible. Almost every level in the game looks and plays identical, with only minor differences. It all boils down to running through one similar corridor to another only to get locked into an arena type area, kill a bunch of guys then move on. There are some cool transitional moments between different sections of the level but they are so few and far between it almost doesn’t matter. Thankfully, even though all the levels look the same they are pleasant to look at. 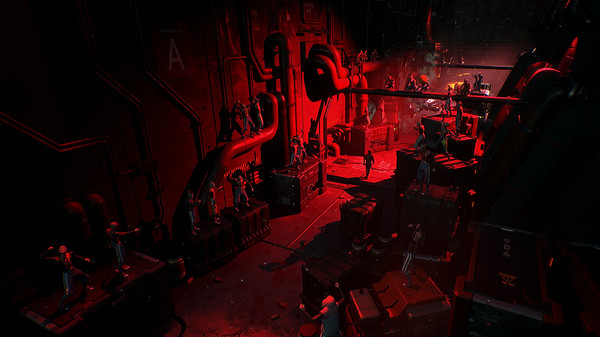 Graphically Ruiner is stunning. The game has some truly beautiful lighting effects that give each level a feeling of dread and despair. The sound design is also incredibly done. All the weapons sound powerful and hearing the enemies scream and yell as you blast them is great. The soundtrack is amazing and does a great job setting the tone for each moment of the game. There is no voice acting whatsoever but it’s almost a non-issue due to how awesome the music is. It does an excellent job making you feel what the game wants you to feel at any given moment.

For every step forward Ruiner takes, it takes one step back. By no means is Ruiner a bad game, far from it, it’s just a game that never really sticks the landing. It introduces some really awesome ideas but never developed them into something more then there initial set up. The core gameplay is very solid, but the brutally monotonous level design and a dull story make it hard to really fall in love with it.