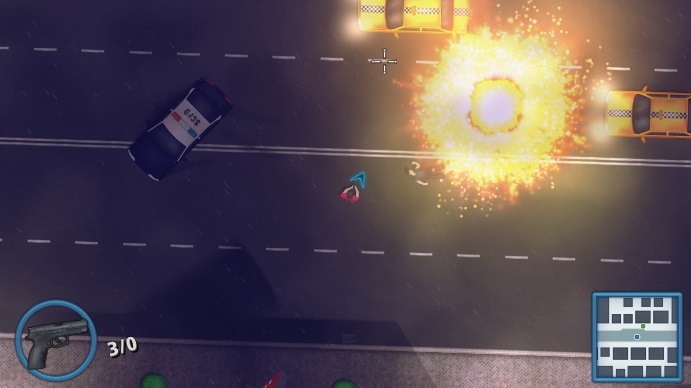 Do you remember the abundance of fun you had driving recklessly with the top-down in the original GTA games? Well, savour those memories: Riskers is a shallow replica.

As  Rick Paradis, the binman with a criminal past, who stumbles across a suitcase full of cash, you’ll find yourself pulled back into the underworld of Stiltton City, apparently dubbed ‘the stuff of nightmares’. Though, I’m yet to be confronted by an army of towering, carnivorous Stinking Bishops — the only thing nightmarish is the cheesy storyline. Stiltton is not exactly exhilarating to explore either. Every street is almost identical and the map is perfectly square. 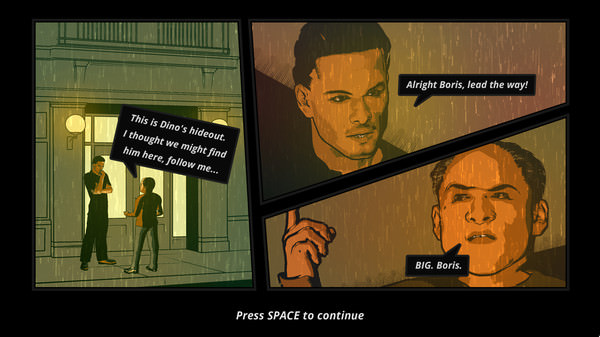 But hey, it’s not all bad. Riskers is striking and colourful; racing and rampage mini-games offer some respite from the lacklustre story; and comic book cut-scenes are endearing and reminiscent of Max Payne, and XIII (now there’s a blast from the past). The instrumental soundtrack, is also of decent quality and has a gritty and suspenseful vibe: which was comical as it incongruously played, whilst casually collecting rubbish in a sluggish garbage truck. 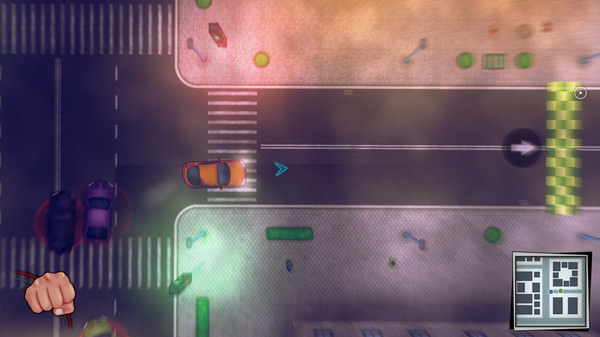 Comedy is prevalent in this game — and sometimes it’s even intentional. Comic dialogue is complemented by retro Batman punch-ups (‘POW!’, ‘BAM’), the ability to mow down enemies Rambo style while simultaneously doing the moonwalk and the erratic AI ambulance drivers pulling donuts and running over bystanders. 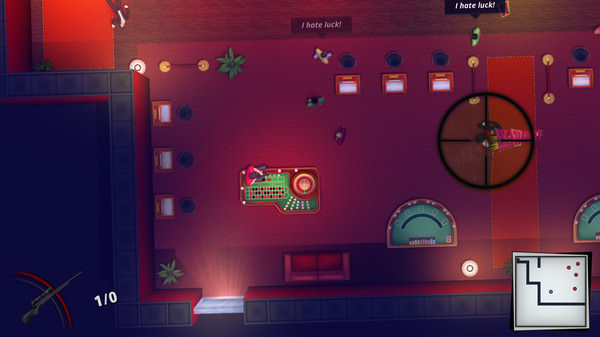 Riskers is a forgettable top-down action game offering a brief trip down memory lane and a few laughs, but you’re better off dusting off that old copy of GTA 2.

Ever since the mid '90s, when I could be found with a joystick in-hand playing New York Blitz and Asteroids on a battered, dusty old Commodore, I have been fanatical about gaming. Since then I have accumulated tens of thousands of gaming hours across a diverse array of genres on a multitude of consoles.

When I'm not attempting to win the Champions League with my local club, planning a strategy for world domination, or, pulverising zombies, I can be found in the mundane of the 'real world', trying to be a responsible adult.

Due to be married soon, but the consoles and gaming desktops are not at risk of being outlawed: fortunately, I found one of those elusive gamer girls!