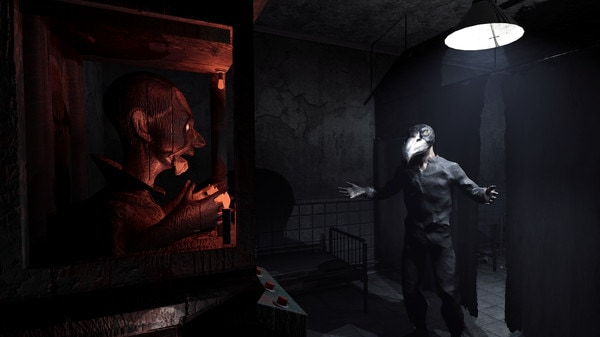 Look, horror is a difficult genre to do well. Maybe even the most difficult genre. Making a video game is not easy either. I acknowledge and respect these facts, and I do try to find something nice to say about most games, especially if it’s an amateur studio’s first or second effort.

Alas, I cannot find much to praise about Rise of Insanity, other than “it works.” As in, it doesn’t freeze or crash. That’s something, I suppose.

I finished the game in just under 90 minutes, neither rushing nor especially taking my time. Had those 90 minutes been packed with the riveting details of an intriguing story, moved along by a compelling character or two, we’d have had a real live video game on our hands. Instead, Rise of Insanity is little more than an incoherent, badly translated mess of aimless wandering, childishly easy puzzles, and documents mostly free of content or context. (Although, I had a good laugh at the phrase “made a suicide” in reference to a character killing himself.)

I can only tell you the basic details of the plot, because for the most part, there isn’t one. Most of the game takes place in a blandly decorated hospital and revolves around mysterious intelligence-enhancing experiments conducted on children (or maybe just one child) by a shady psychologist. I can’t actually tell you who you’re playing as – I think it’s some guy named Eddie, but I’m not positive. Or maybe you’re Stephen. I’m not sure the developers even know. 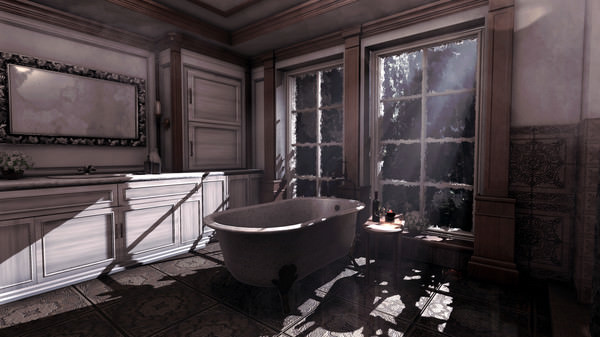 At some point, one or both of those guys got some lady pregnant, and… it’s never clearly explained what happened after that. I think her kid is the one the shrink was experimenting on, but again, it’s hard to be sure. None of it is communicated very well, and the dialogue that sounds like it was run back and forth through Google Translate a few times doesn’t help.

Graphically, the game is at least competent. I played in 2560×1440 (3440 is not natively supported) and it looks surprisingly decent at that resolution. Neck-high countertops and mirrors that conspicuously don’t show your reflection are kinda weird (maybe you’re secretly a vampire), but most of the assets at least look okay; a few are borderline good. The final outdoor area of the game (seen in daylight) is quite pretty for a Unity game, and almost makes up for all the repetitive hallways that precede it. 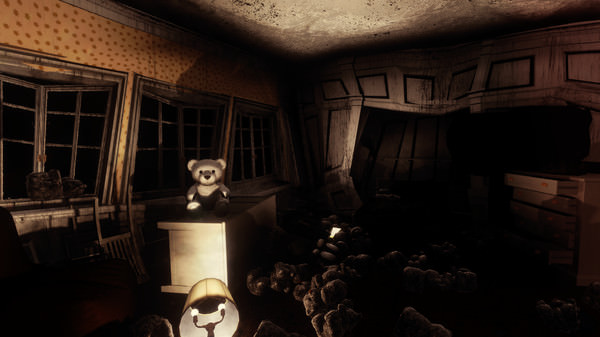 The “monsters” are standard and boring – mostly vague humanoid ghost shapes and an occasional plague doctor (also without context or explanation). They are unequivocally not scary; indeed, I died to the plague doctor a few times before I even realized that I was dying. The game frequently teleports you to random new areas, and I thought that was happening when the monster touched me – my confusion on this point is especially understandable since there are several instances in which you do, in fact, advance the story by having a monster touch you.

Horror game developers, take note: if your players don’t even realize that the monster is killing them, your monsters are not effective.

I’m not even positive Rise of Insanity has any background music; if it does, I’ve already forgotten it. Sound effects are sparse, and so-so when they happen. The voice acting is some of the worst I’ve heard in recent years, even after cutting the actors some slack for having little experience and a low budget. At times, the dialogue is so badly translated that I can’t even get the gist of what is being said.

You walk, you click stuff, and you do a lot more of those two things. Occasionally, you read a document that only kind of makes sense and there are lots of objects to examine that don’t serve any purpose. You can’t even jump. Back in my day, “Thou Shalt Allow the Player to Jump” was a sacred, if unspoken, commandment in video games.

There are a handful of puzzles to solve, although “puzzle” may be too generous a word. Most can be solved by merely clicking on the only three or four clickable things in a certain order, or by following a patronizingly obvious clue back to a previous room to find a numeric code plainly written on the wall. 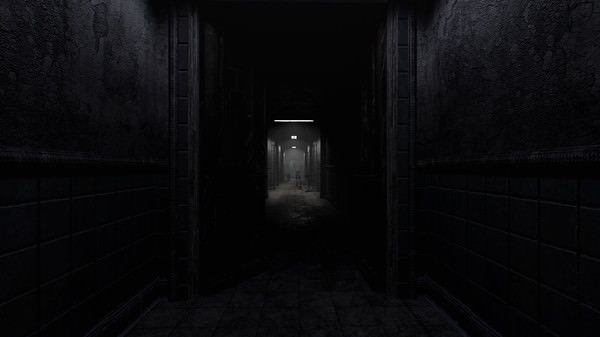 All in all, there is little substance to speak of. In this respect, it’s a good thing the game is only an hour and a half long – any longer, and it would simply become too boring to finish.

“It works” is really the only solid compliment I can pay Rise of Insanity. It’s a sad statement about the gaming industry that I take notice when a game is free of crippling bugs and crashes, but it is what it is. The game runs smoothly, even at higher than standard resolutions, and I observed no technical hiccups.

Rise of Insanity is not the worst game I’ve ever played, but it’s certainly one of the most forgettable. The gravest sin a horror game can commit is to be boring, and dear gods, was I bored. Floating furniture and random loud noises do not, on their own, constitute a terrifying experience.

The story is jumbled and incomplete – nearly nonexistent, even. The sound design is amateurish, the gameplay is mind-numbing, and the voice acting is so bad that removing it entirely and leaving the player to read subtitles in silence would have been better. The game looks okay, but not spectacular, and it (probably) won’t crash on you.

Red Limb Studios clearly have some talent and potential as a studio, but even at the $10 price point Rise of Insanity fails to make any sort of meaningful impact in the vastly oversaturated market of low-budget horror games.