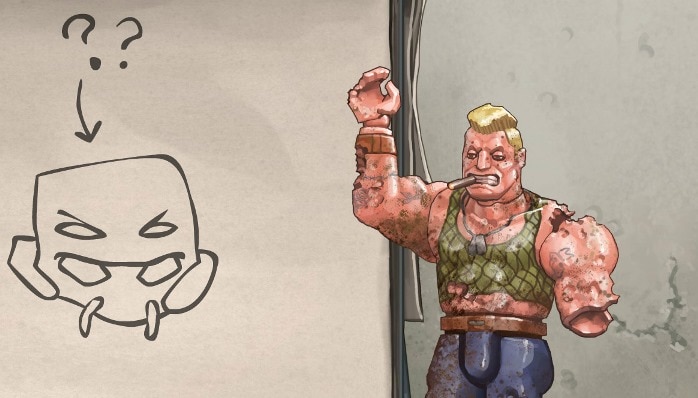 BY CORY SPIERS: Trying to make a game that separates itself in a crowded genre littered with longstanding, polished franchises isn’t an easy task, but it’s one that Post Human W.A.R sets out to do from its opening moments.

Post Human W.A.R., slated for a Dec. 14 release on Steam, is a turn-based strategy game developed by indie Studio Chahut that delivers a story full of humor, unique characters and solid gameplay.

Post Human tells the story of a world where humans went extinct, leaving behind three unique factions– robots, monkeys and mutated animals– to vie for control of the world and thus, what’s left of human heritage.

Post Human’s tale is inherently silly and its characters and writing drive the point home. Polar bears that throw fish as a long-range attack spout clever one-liners while melee-based machines mix things up on the front lines while taunting their opponents. 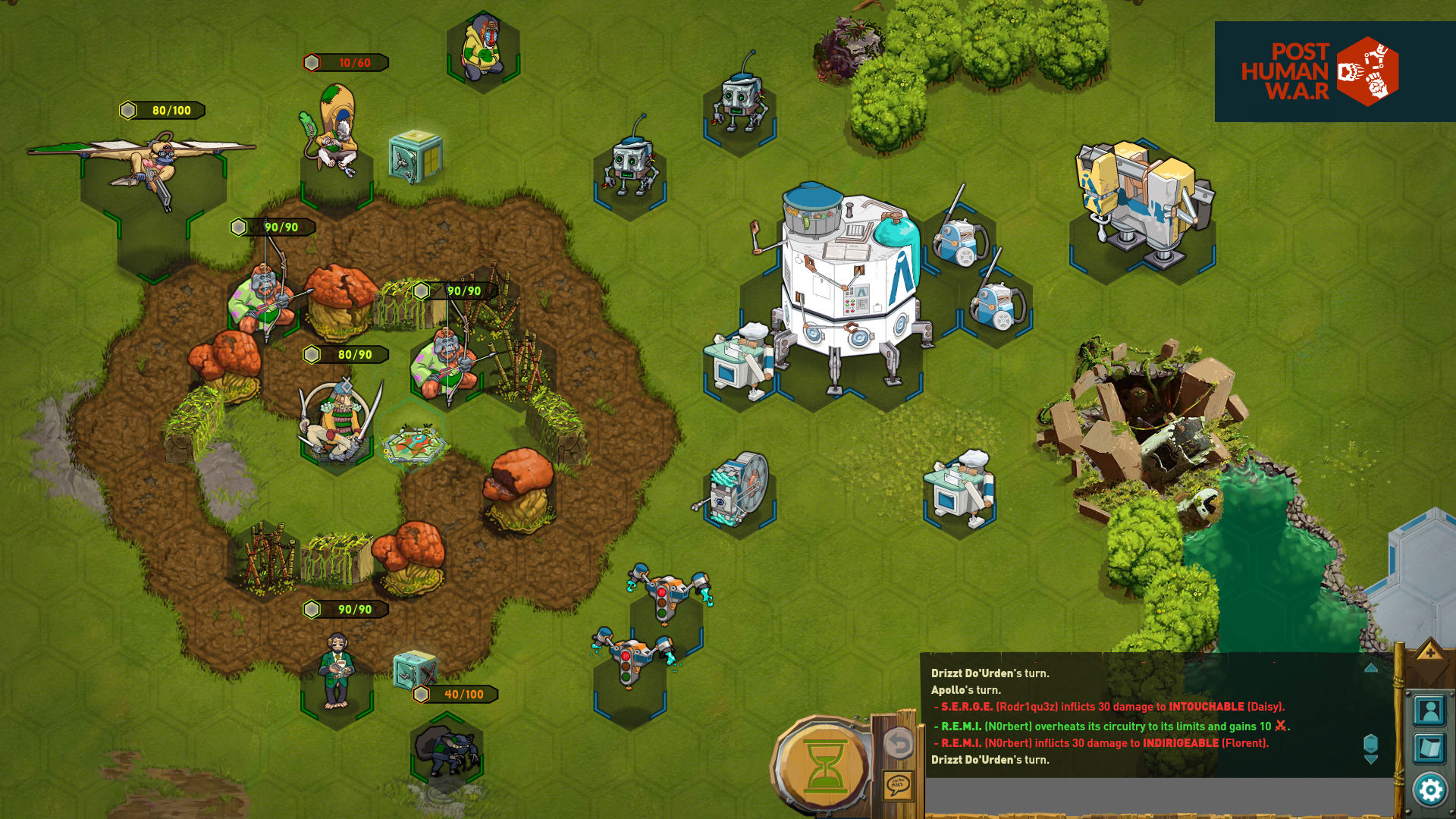 After a brief tutorial that introduces the basics of the game, including the game’s signature champion system, players are free to dive into the single player campaign and the online multiplayer, where players fight for territories and postcoins, which can be turned in for new skins, avatars and colors.

Whether playing the single player or the multiplayer, the meat of Post Human’s strategic gameplay remains the same– find the other team’s champion and eliminate them before they eliminate yours.

Prior to a single player or multiplayer game, each team assembles its units, pulling pieces from a roster of 36 available fighters and secretly appoints one of its chosen units to serve as the champion. Once a team eliminates the opposing champion, it’s game over.

Teams can elect to make the identity of their champion known in exchange for a sizable attack buff– a risk/reward decision that can make things very interesting. 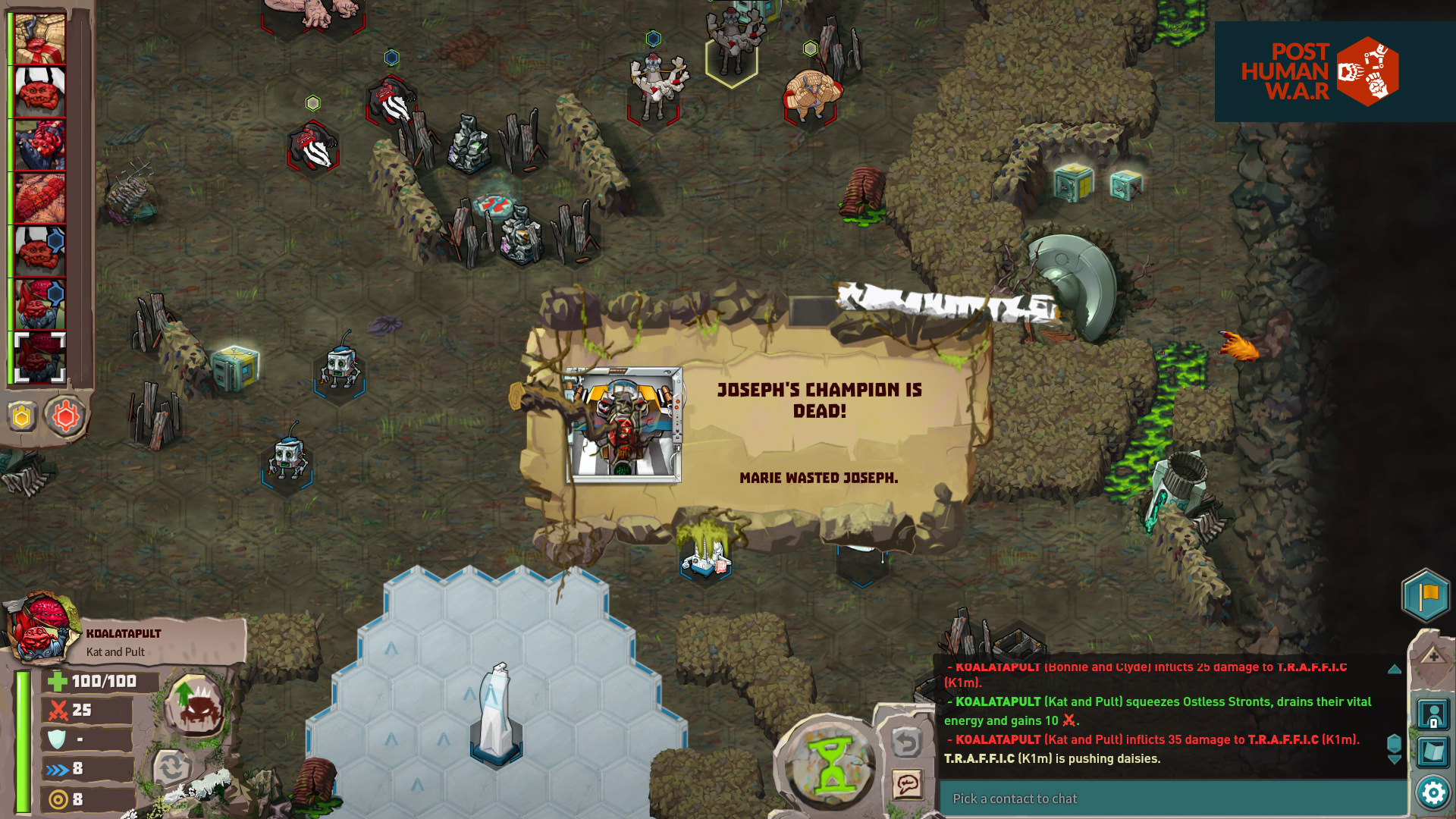 Post Human’s single player campaign offers some diverse takes on the standard turn-based fare. Mission objectives like surviving for a certain number of turns for reinforcements to arrive or escorting a key target to a designated location keep the game from being mired in the monotony of defeating waves of enemy units.

The campaign offers several distinct missions for each faction and present colorful, witty cutscenes in between battles that offer ample backstory into the game’s surprisingly deep lore.

The online multiplayer offers players chances to scale the leader boards and add territories, jostling for digital bragging rights as a strategy master.

Post Human’s music and voice acting are generally solid and it’s a decidedly pretty looking game, forsaking a photo realistic approach in favor of an animated style indicative of a polished cartoon.

Post Human’s quirky, unabashed humor separates it from its peers. While it may lack the polish, grandeur and nuance of games like Disgaea and Final Fantasy Tactics, its charm and low price point make it an attractive indie option for strategy fans searching for something new to sink their teeth into. 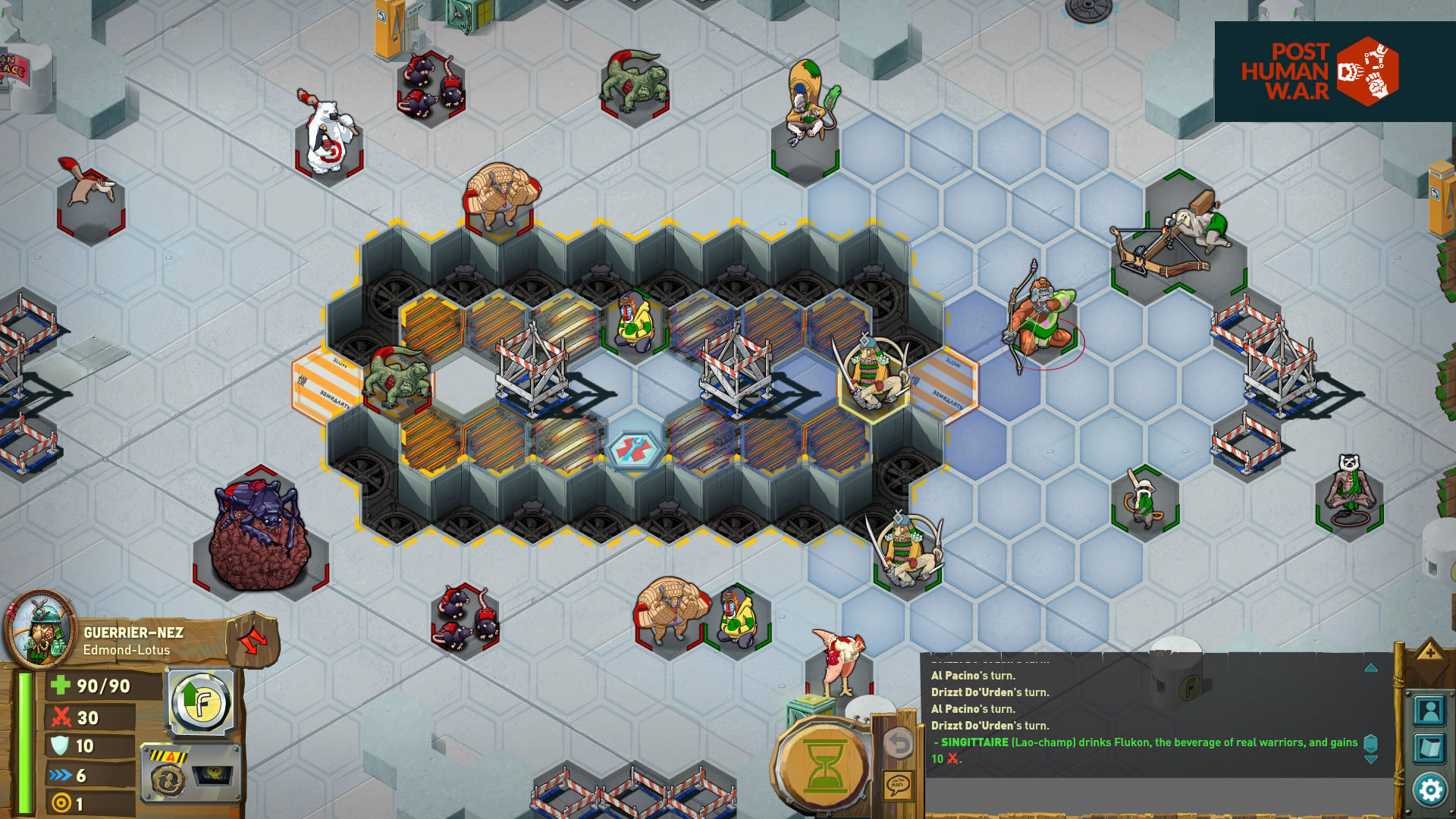 Post Human is a clever, smart and self-aware game that succeeds in offering a fresh take in the crowded turn-based strategy genre.

With a cheap price point of $15, you can do much worse if you’re looking for a new strategy game. You’re likely to find something to like here, especially if you’re a fan of the genre.

The developers have stated their primary goal is keeping things balanced, especially online. Community feedback and participation will be key for the life of this game and right now, there’s no reason to assume that community will be lacking.