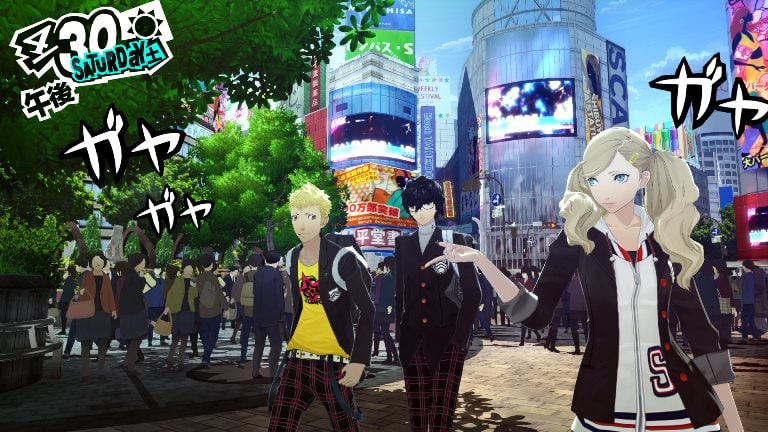 BY PIETRO MASCELLINO:  If you’re seeking a game that possesses unique features and mechanics, you should definitely play Persona 5. You don’t need to scroll down to the verdict to know that this is a must-buy title.

Persona 5 was released by Atlus in Japan and North America and by Deep Silver in Europe and Australia.  It is the sixth chapter in the Persona series and shows great gaming innovations and uncommon elements, which makes the game appealing and satisfying to play. 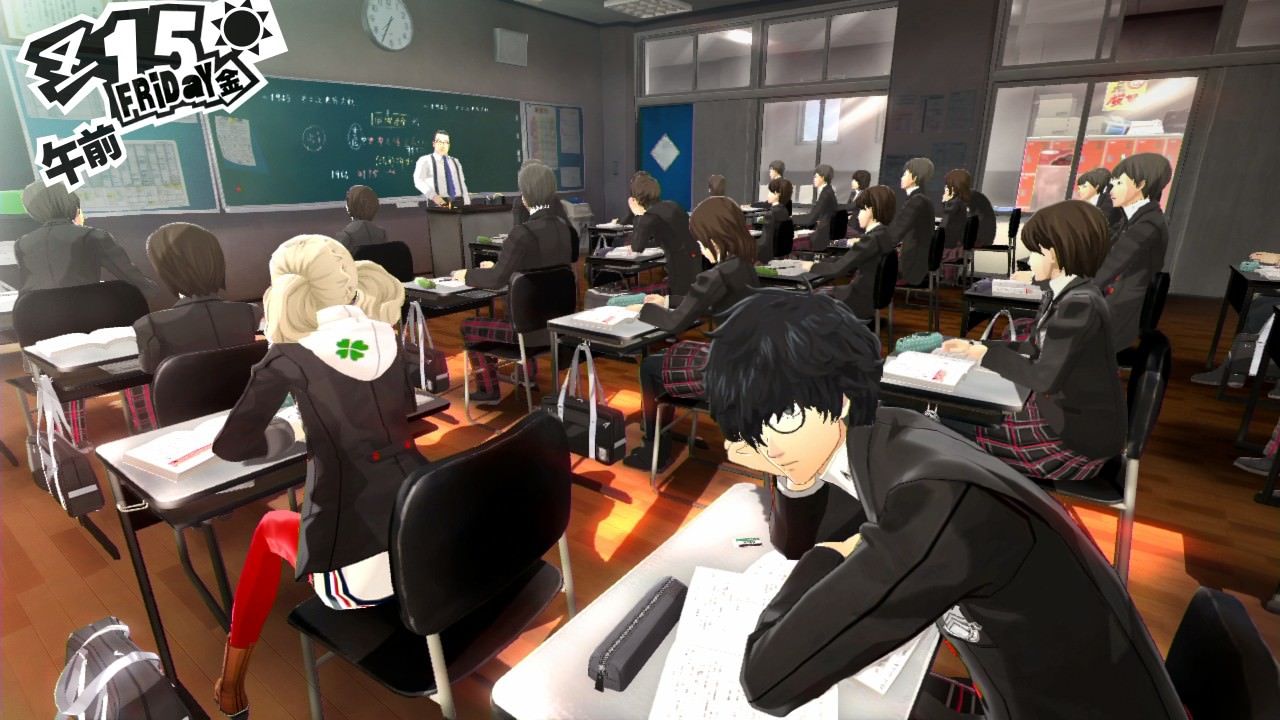 Persona 5 takes place in the city of Tokyo, Japan. At first, you might naively think that the game is nothing but the simulation of some teenagers’ lives. Well, you would only be partially right.

Persona 5 follows the lives of a group of teenagers that possess a power that allows them to fight in a whole new world called Metaverse. This new world is literally described as a place where the distorted and twisted desire of a person assumes a physical manifestation, which is called Palace. By exploring these ‘palaces’ and stealing their ‘heart’, which represent the fulcrum of the desire, these kids try to follow the path of justice by improving the human condition.

The narrative is full of exciting events and is very rarely boring.  Whether you will be going out with your friends and enjoying the life of a teenager or fighting monsters and changing the fate of the world, you will be certainly entertained by this awesome game.

Persona 5 operates at 1080p at 30fps on PlayStation 4, which, for whoever was expecting a full 60Hz experience, it was quite disappointing. However, thanks to the anime graphic, the game is really striking and satisfying to play. Furthermore, the cutscenes present in the game are actual anime movies which deserve accolades in their own right. 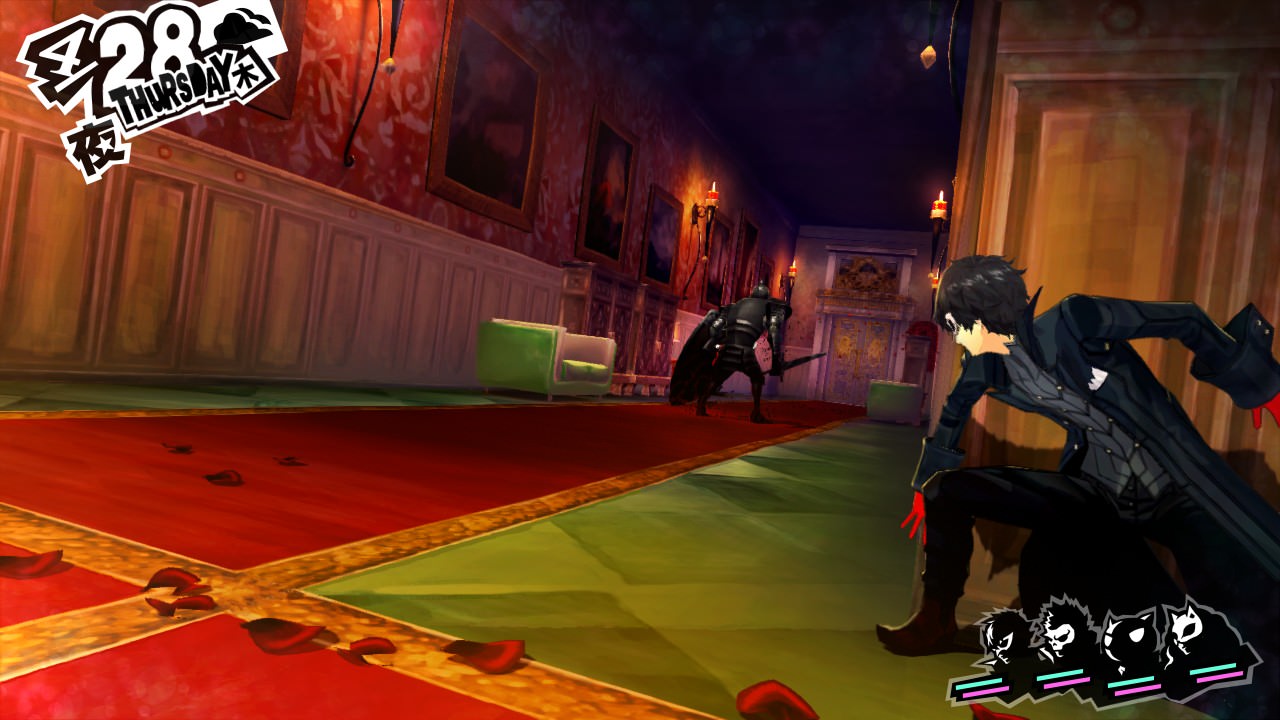 I should start this section by stating that Persona 5 is a long game, roughly over 100 hours long. The game is developed and built in a way that the player must not rush through it, but don’t be slow either.

To explain, as a player, you will dive into two completely distinct lives that are nothing but two sides of the same coin. The one of the high school student and the one of a champion of justice. Because of that, Persona 5 will give you actual deadlines to complete a ‘level’.  During the time available the player will have to utilise their time smartly, balancing between getting stronger and deepening the bond with other characters.

Despite its unicity, Persona 5 remains a role-played game and, as such, it presents different statistics that can be upgraded by the player, which are: Charm, Guts, Knowledge, Proficiency, and Kindness. Depending on the level of each one of these, the player will be able to perform or not specific actions, such as going out on a date with a precise character or buying a gun.

Overall, the socialising aspect of the game is quite interesting and broaches topics that are closely related to reality.  Then there’s the other side of the coin, the Metaverse. 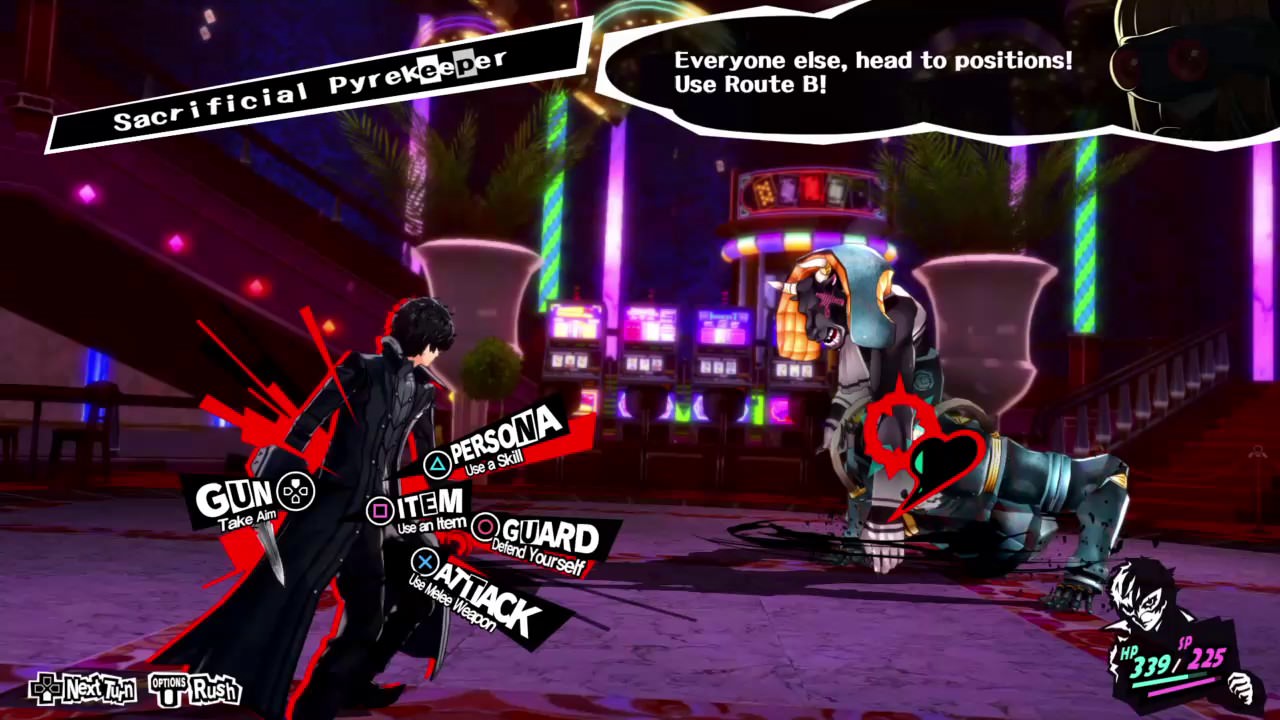 In addition to the simple but entertaining social part of the game, the game bestows us with a more disturbing and complex side. Inside the Metaverse, the player will be able to explore ‘Palaces’, where they will have the chance to test their fighting skills.  The Metaverse is also formed by a disturbing location called ‘Mementos’, which is described as the “Palace for everyone’s heart” and is divided into multiple paths, floors, and areas.

Whether is in a Palace or in Mementos, the fighting mechanics are utterly amazing. The game is full of different types of persona and moves to use. Each fight is characterized by many animations and engaging music that raises the player’s morale. A fighting aspect worth mentioning is that, in almost any battle, the player has the chance to either earn an item or kill or capture an enemy persona. This aspect makes the player feel in charge of the situation, conveying a feeling of power.

Persona 5 is an incredible and innovative game in many aspects. Furthermore, it offers a deep immersion thanks to its twisted and complex narrative that deal with problems that people can relate to.

If you own a PlayStation 3 or 4, you owe it to yourself to pick this gem up.