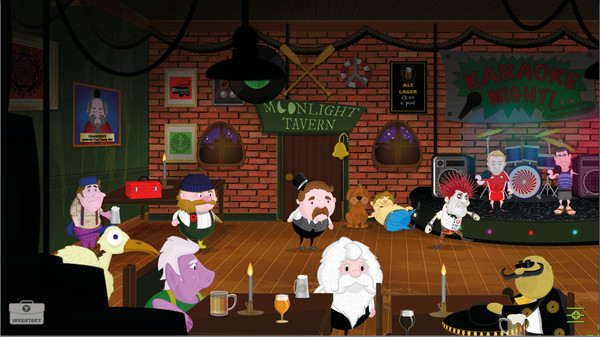 Adult gamers, can you remember a time where point and click adventure games were as popular as first-person shooters? Big name developers and Publisher of the time like Lucasarts and Sierra (remember those guys?) would constantly release high-quality adventure games with wacky and zany characters and hysterical stories. but eventually, as we’re introduced to the fascinating 3rd dimension, these types of games became more and more scarce.

Now, thanks to crowdfunding platforms like Kickstarter, point and click adventure game get to live again. And thank goodness because if not, we wouldn’t have the gem that is The Mystery of Woolley Mountain. Although by no means perfect, and with technical problems aplenty, The Mystery of Woolley is a cleverly written and wickedly funny adventure filled with some of the most charming characters around. 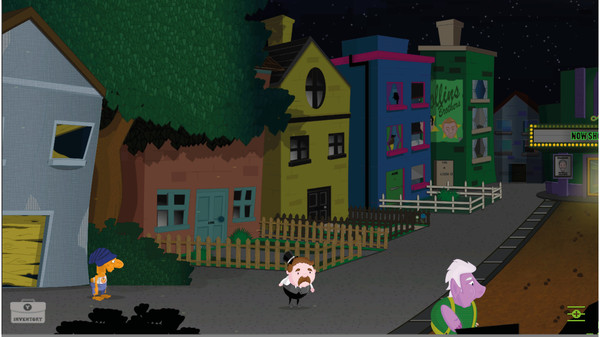 When an evil Witch kidnaps the children of Woolley Mountain, it’s up to the Helmholtz Resonators to save them. This zany group of Musically talented scientist who also happen to be time travelers are led by Garland, a fastidious, sharp-tongued gentleman who must do everything in his power to keep the console 5000 (a powerful time machine) out of the evil witch’s clutches and keep the rest of his crazy team together long enough to see their mission through and save the children.

Right away its apparent Mystery of Woolley Mountain is laugh-out-loud funny. Garlands interactions with the characters around him, sharp-witted commentary on his surroundings and constant breaking of the 4th wall always had me smiling and had me clicking on everything just to see what he would say. The rest of the Helmholtz Resonators are just as quirky and ridiculous, their lack of regard to the mission at hand is hysterical. Each one has their personality quirks and navigating around them is good fun. The rest of the games cast are just as strong and not only bring the laughs but also bring a level of relatability I was not at all expecting. 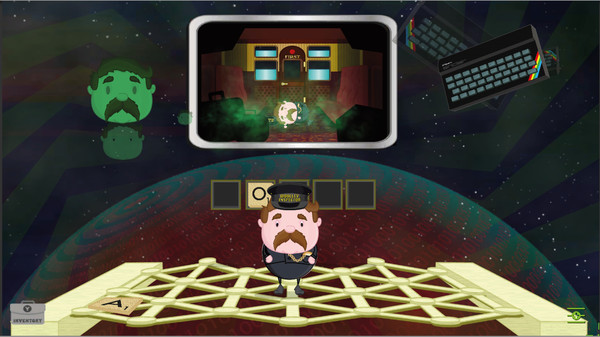 The Mystery of Woolley Mountain has such a fun and inviting visual art style, with every character’s potato-shaped body’s bobbing up and down when they talk giving the somewhat basic design a nice touch of life. The same can be said about the game’s environments. There is always something moving around in the background giving each a level of personality and distinctiveness that make exploring a lot of fun.

As a traditional point and click adventure Mystery of Woolley Mountain will have Players scour various locals talking to a colorful cast of characters, picking up random items, and figuring out how to use these seemingly random items to solve logic puzzles and progress the story. Patience and persistence are key in these type of games and Woolley Mountain is no exception. Most of the puzzles throughout the game can be deduced logically but there are definitely some that had me scratching my head i.e. tossing my Switch against a wall. It’s in these moments of almost unbearable frustration where the magic of the game truly lies though. Just when you have tried every option, spoke to every character, seemingly found every item, all of a sudden there is that magnificent “aha” moment that causes all the dominos to drop making you feel like a gosh darn genius even. Woolley mountain does a great job giving that feeling to the player constantly, ultimately making dealing with frustrations nature of these games worth it. Something I did find odd about the puzzle design though was that time travel really didn’t play into them much at all. For a game about time traveling scientist, there was a level of time travel shenanigans I was expecting which unfortunately was not there. It wasn’t completely absent but if you were expecting it to play in more like in other time travel themed games you may be disappointed. 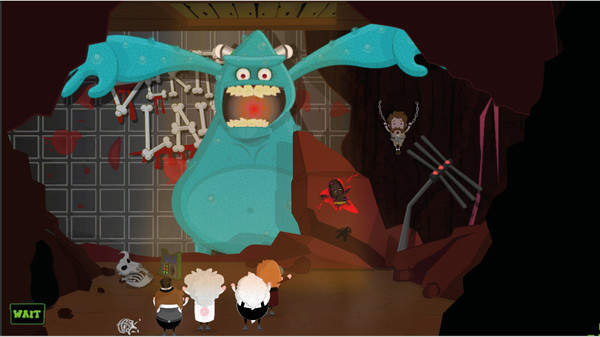 What caught me most off guard though was how unstable the game was. There were many occasions where I would have to load a previous save due to some odd technical glitch like the screen freezing up, the cursor sticking to the corner of the screen, or a character not being where they are supposed to be. Normally I wouldn’t really care but when a game asks you to be super attentive and pay attention to every detail, a minor glitch can cause you to go mad. I would ask myself, “is the game broken or did I just miss something?” One instance, in particular, had me have to restart the game completely due to missing a small piece of dialogue and having no way to trigger the character to say it again. I spent a good hour trying to figure out a way around it but came up empty-handed, I had to restart. Now, I’m not completely sure if that was an intentional design choice but my money is on it not being the case. Thankfully it was early on so restarting was no big deal but even still, it was a nuisance.

Despite its technical shortcomings, The Mystery of Woolley Mountain still delivers a solid and hysterical point a click adventure game that would stack up just fine compared to some of the greats. The characters are memorable and ooze a tremendous amount of charm and the writing will have you laughing out loud. There are definitely some design choices I find questionable, like limited use of time travel, but it never detracts from the actual game.

If you are a fan of the genre and are easy to forgive some lack of polish The Mystery of Woolley Mountain is absolutely worthy of your time and money.