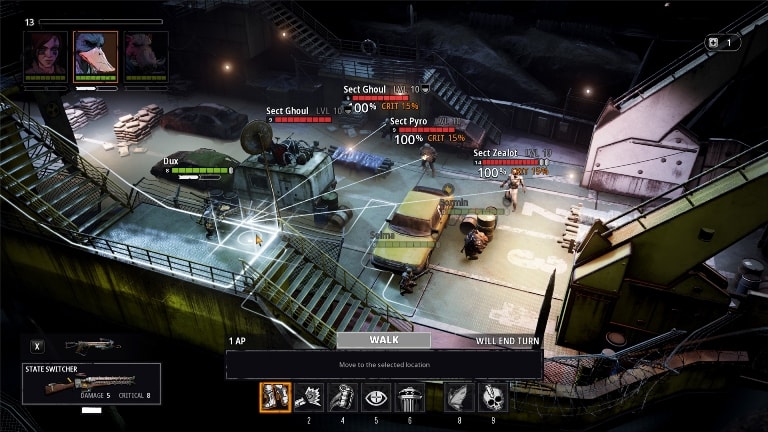 An outbreak of a deadly plague and global nuclear war has largely made humans extinct. Enter Mutant Year Zero: Road to Eden. An isometric turn-based tactical role-playing adventure game developed by The Bearded Ladies and published by Funcom. The game released on PC, PS4 and Xbox One on December 4th, 2018.


At first glance Mutant Year Zero: Road to Eden may look like another XCOM clone, but it differs in many ways. One of the biggest being the fact that you have to explore areas to complete quests and fight enemies. Main missions are highlighted on your map but you can explore other areas if you wish, as long as the enemies are within your level. This aspect of the game makes for some interesting exploration, where if you see enemies you can go into stealth mode to either by-pass them or plan your attack. If you are spotted while exploring the Zone, what they call the area you explore, then combat will initiate and you’ll have to try to survive the combat situation. It is always best not to be spotted as planning your attack will always help you in the fight. 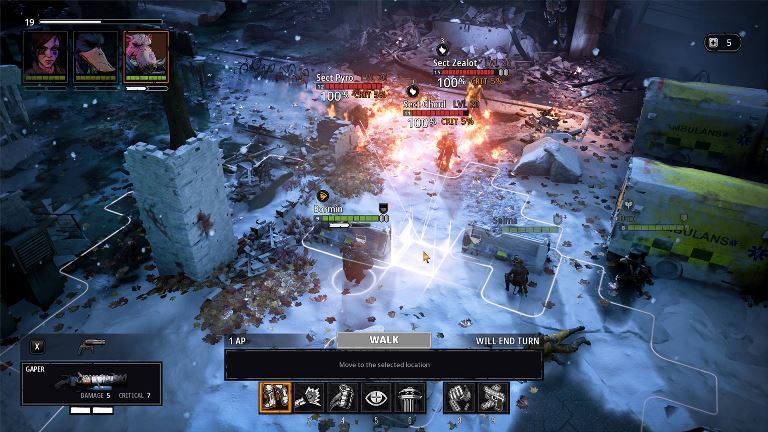 You’ll start the game as both Bormin and Dux, a mutated Duck and Boar that can talk. From here you’ll learn how to play the game in a quick tutorial as you make your way back home to the Ark. The Ark is your hub town where you will upgrade weapons, buy supplies, and talk to the Elder to gain quests. Your party will soon grow as you meet other Mutants in the world. But you can only have three Mutants active at any time. Each Mutant has their own mutations that you can pick and are geared towards specific play styles. For example, Bormin is tough and can be considered a Tank taking the most damage, so his mutations help with gaining more health and focusing on up-close attacks. Learning each of the Mutants major, minor, and passive mutations and how that Mutant’s play style works is important to building your party. I mostly stuck with Bormin, Dux, and a human male Mutant that can use a lightning attack.

While you explore the Zone you will spot things in the area map such as junk, weapon chests, armor chests, and broken gun parts. Junk is used to purchase items in the shop back at the Ark, broken gun parts are used to upgrade weapons, and weapon & armor chests will give you random items when you open them. You’ll also find rare artifacts that can be traded for special team perks. As you make your way through the story, your team will level-up gaining more points to spend on mutations. Don’t worry about having to actively play a character just to gain levels. Once you recruit the Mutants you find in the Zone, they all gain in levels even if they are not active in the party. Which makes it easier to swap around characters to find what best suits you. 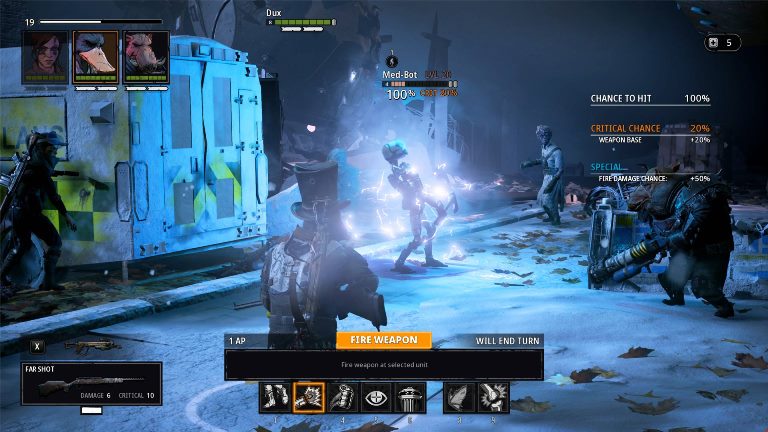 Combat in Mutant Year Zero: Road to Eden is what you would expect from a turn-based tactical strategy game. If you have played XCOM, you will feel right at home with the Combat in Mutant Year Zero. As expected there are restrictions during your turn of play. You gain only two actions for each character. You can move once, then attack, or move double space in one turn. If you throw a grenade it will always use two actions and end your turn as well. If you attack before moving will use two actions too. Also some mutations will use one or two actions, it depends on the mutation and whether you can do another action after performing a special mutation. Knowing these limitations and using them properly will help you win your battles in the long run. 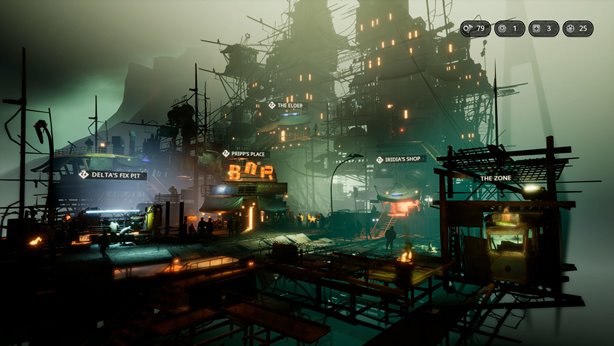 The enemies in Mutant Year Zero will mostly be humans that have gone crazy, they are called Ghouls. Ghouls can range from simple melee grunts to heavy armor wearing tanks. Some Ghouls do nothing but throw Molotov cocktails at you and are resistant to fire. You’ll also come across wild dogs and Nova Sects. Nova Sects are nasty, they are humans that have evolved with huge brains that can call on some special moves which will rip your party apart. Later in the game, you’ll also come across robots. These things can pack a punch and take a lot of hits.

The story is pretty decent in Mutant Year Zero: Road to Eden. The Mutants search for how they came to be and to stop the Nova Sect from destroying the Zone. It’s not going to win any awards, but it is entertaining and will keep you interested till the end. In terms of sound, music, and graphics the game looks and sounds like a high production video game. Though I did run into a game crashing bug. But thankfully there wasn’t a lot of them and overall had a fun adventure. 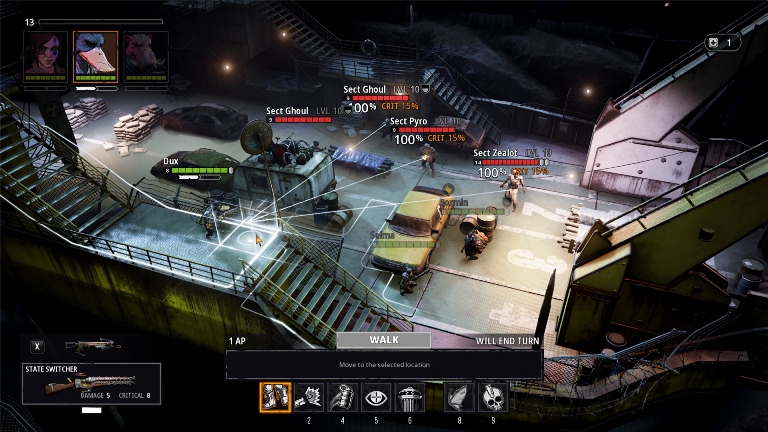 Mutant Year Zero: Road to Eden is a good game, maybe a bit short and the ending setups for a sequel, but is still worth picking up. I rather enjoyed the adventure, though I wish you could sell armor. At least I couldn’t find a way to sell them. You can dismantle weapons for broken gun parts, but why couldn’t you do anything with the armor? Hopefully, this gets addressed in future games.

So if you are looking for a unique twist on the turn-based tactical strategy genre then I would recommend picking up Mutant Year Zero: Road to Eden. It is worth the $35 price tag and some.