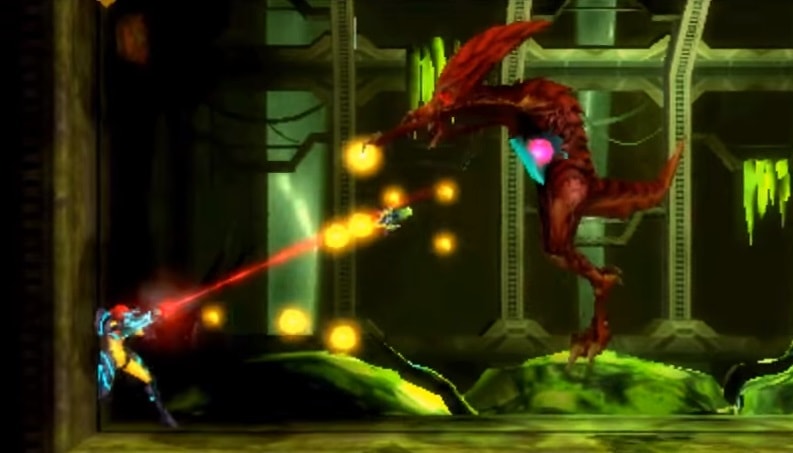 Nostalgia! So much of what we experience today entertainment-wise is centered around nostalgia. Remakes, reboots, and sequels are very common in video games, movies, books, and so forth. Samus Returns on the 3DS is a remake of 1991’s Metroid II: Return of Samus for the Game Boy. I also came out in 1991, so my familiarity with the original is limited to a few run-throughs that I watched on Youtube prior to writing this review. A few things remain the same such as general level layout, but the new game is definitely styled to more closely resemble “newer” 2D Metroid title such as Fusion or Zero Mission.

While I can’t attest to the comparative “feel” of the original, I can say that Samus Returns blends seamlessly into the series as I know it, with classic shooting and strafing gameplay that incorporates clever boss battles and world exploration. There are a few new power-ups that Samus can use such as Scan Pulse, which shows breakable blocks/walls around you while also filling in a portion of your map. This might seem like a cheap way to find all power-ups and pathways to Metroid purists, but it is only an optional tool for players that could use a hint or two. Personally, when playing Metroid games, I usually have to take to online walkthroughs a few times, so this new power was a welcomed addition though I did use it as sparingly as possible.

Another new ability that Samus displays in the game is a melee counter that repels rushing enemies. The timing of this ability is tricky enough that it never feels too overpowered, so it is a well-executed addition. It channels a more physical feeling similar to what was demonstrated in Metroid: Other M. This new ability changes the feeling of combat from the typical long-range style in a welcomed way – it never really gets old. The gameplay is a throwback to classic 2D Metroid fun. 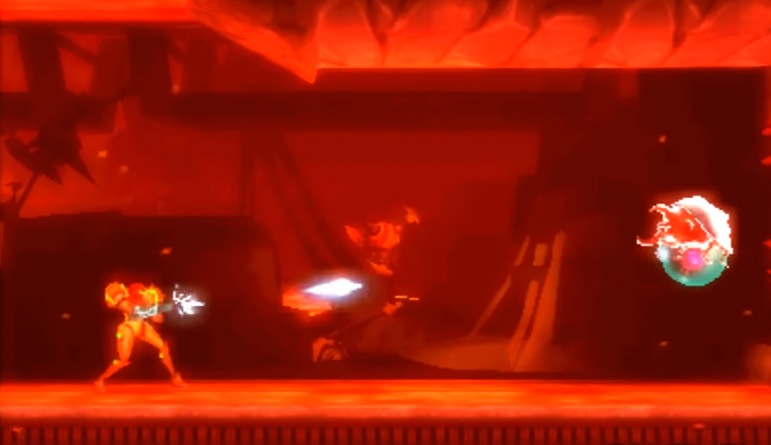 In terms of story, the game is very straightforward. There are deeper layers for those who are familiar with the Metroid plotline, but for the most part, it is 1: Go to planet. 2: Blast aliens. That isn’t a bad thing in a game like this one. The story took me roughly 15 hours to complete (22 or so lunch breaks) with a decent bit of backtracking/exploration, which I would consider a good length for a hand-held shooter. The isolated feeling of playing as the silent bounty hunter Samus still holds up nicely, especially with mini-cut scenes and new camera angles that accompany boss fights so that you can occasionally see our protagonist up close instead of just from the one fixed distance.

Visually, the game is strong with the new camera angles, vivid colors, and deeper backdrops than we’ve seen before in handheld Metroid titles. In-game sprites often have sharper-than-ideal angles, but that is more a limitation on the 3DS than the game itself. Enemy variation gets a little lazy with enemies just getting a new coat of paint and a perhaps a bonus skill as you progress through more difficult areas. Boss battles are fun, but certainly get a little repetitive as well despite the occasional mix-up. 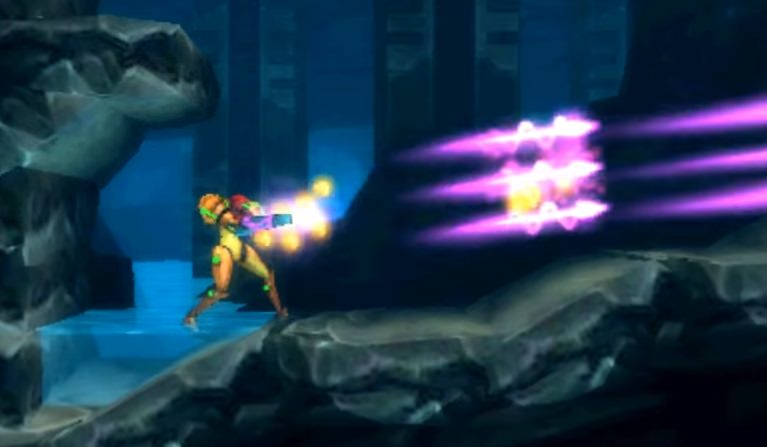 The game isn’t revolutionary in its ideas (it is a remake after all), but tweaks the tried and true system in some welcomed ways. The graphics and gameplay are satisfying, though sometimes the action can get a little monotonous. It is mostly just exciting to see a side-scrolling Metroid game on Nintendo’s flagship handheld console. Hopefully this means we can expect more of the same in the future. 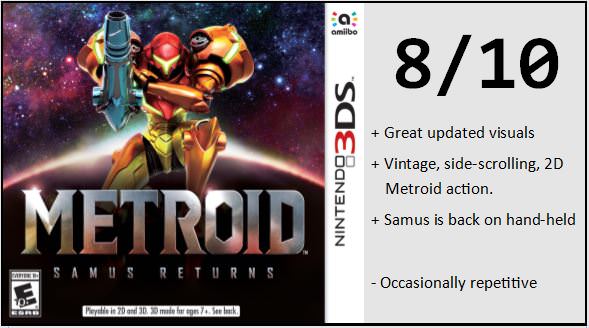