I’ve been interested in Loot Crates for years.  I remember watching YouTuber Boogie2988 opening up his boxes and thinking how cool it could be to get one.  Alas, having just had a couple of kids, disposable income was low (read: non-existent) and I had to make do with watching other people get awesome gaming stuff delivered to their door every month.  When Loot Crate reached out and asked if I’d be interested in reviewing one of their Loot Gaming Loot Crates, I didn’t hesitate to accept.

Loot Crate have also provided our readers with a 30% discount code to use on the Loot Crate website until 15th April 2020: GROWNGAMING30 (this is not an affiliate code – we don’t receive any money if you use it).

Loot Crate have all types of boxes, including Loot Gaming, Loot Fright, Loot Sci-Fi and the good ol’ original Loot Crate. There are also crates specific to game series like Fallout and The Elder Scrolls, franchises like Marvel and Batman, and a WizKids crates, a bi-monthly mystery selection of 3 WizKids tabletop games. No matter what you’re most into, they’ve got you covered.

On the Loot Crate website, the Loot Gaming crate promises to give exclusive collectables and gear from your favourite video games.  The contents of the boxes change every month, so while I’m reviewing the box provided, it will certainly be different from the next batch of boxes.

As a part of this review, I’ve put together a series of unboxing pictures showing what my Loot Gaming crate had inside and looked at the quality of each item.  I then answer the most important questions: is the Loot Gaming crate worth it, and should you buy one (or subscribe), wait (for a sale or improvements), or avoid them entirely?

The Loot Crate box arrived inside a larger, sturdier box, protecting it during its long flight from America (I am based in the UK).  While the Loot Crate website mentions that there may be delays due to the present coronavirus situation, my crate arrived within a few days of being posted. 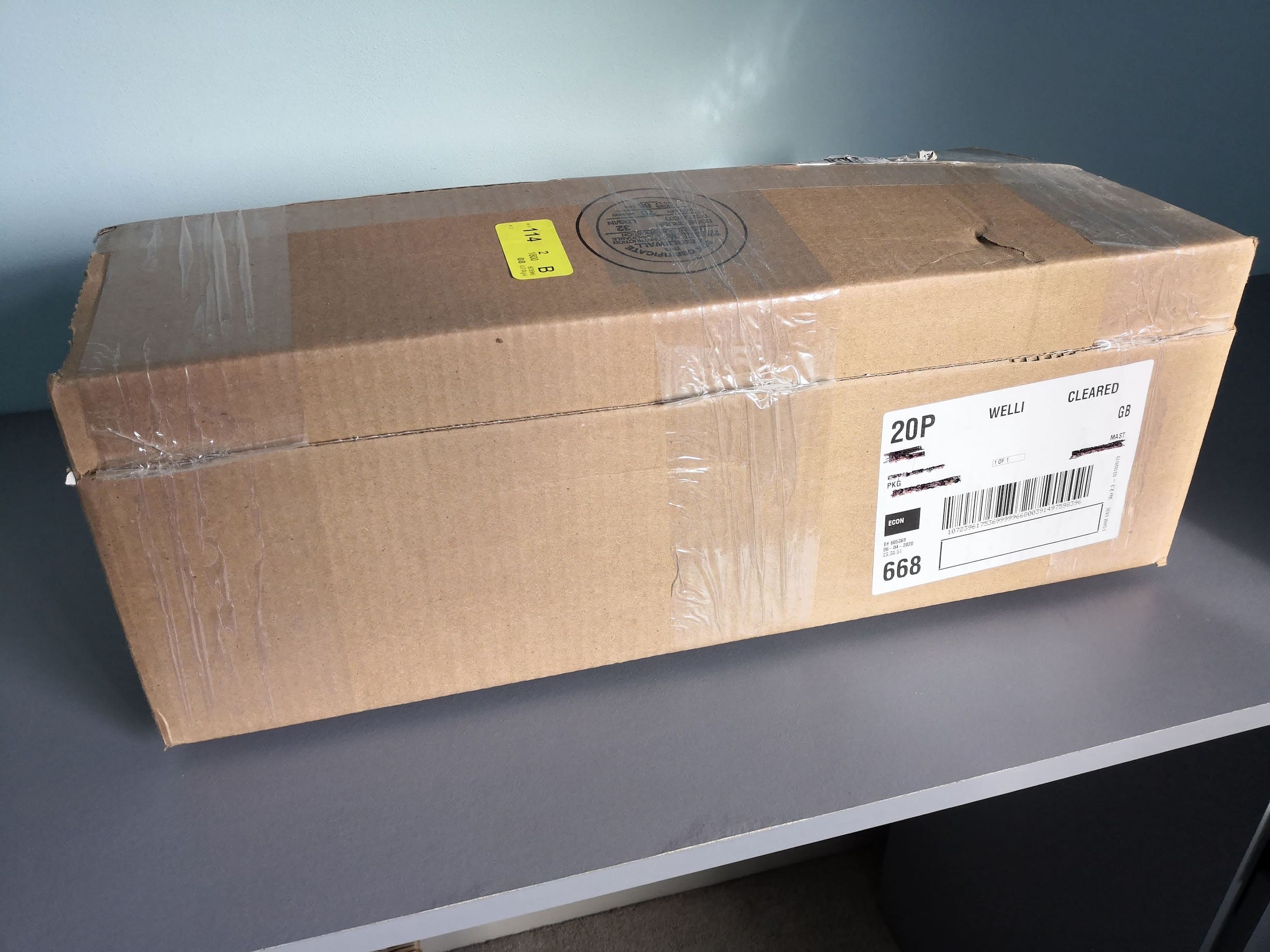 As a result of being well-packaged, the Loot Crate box inside was in perfect condition. 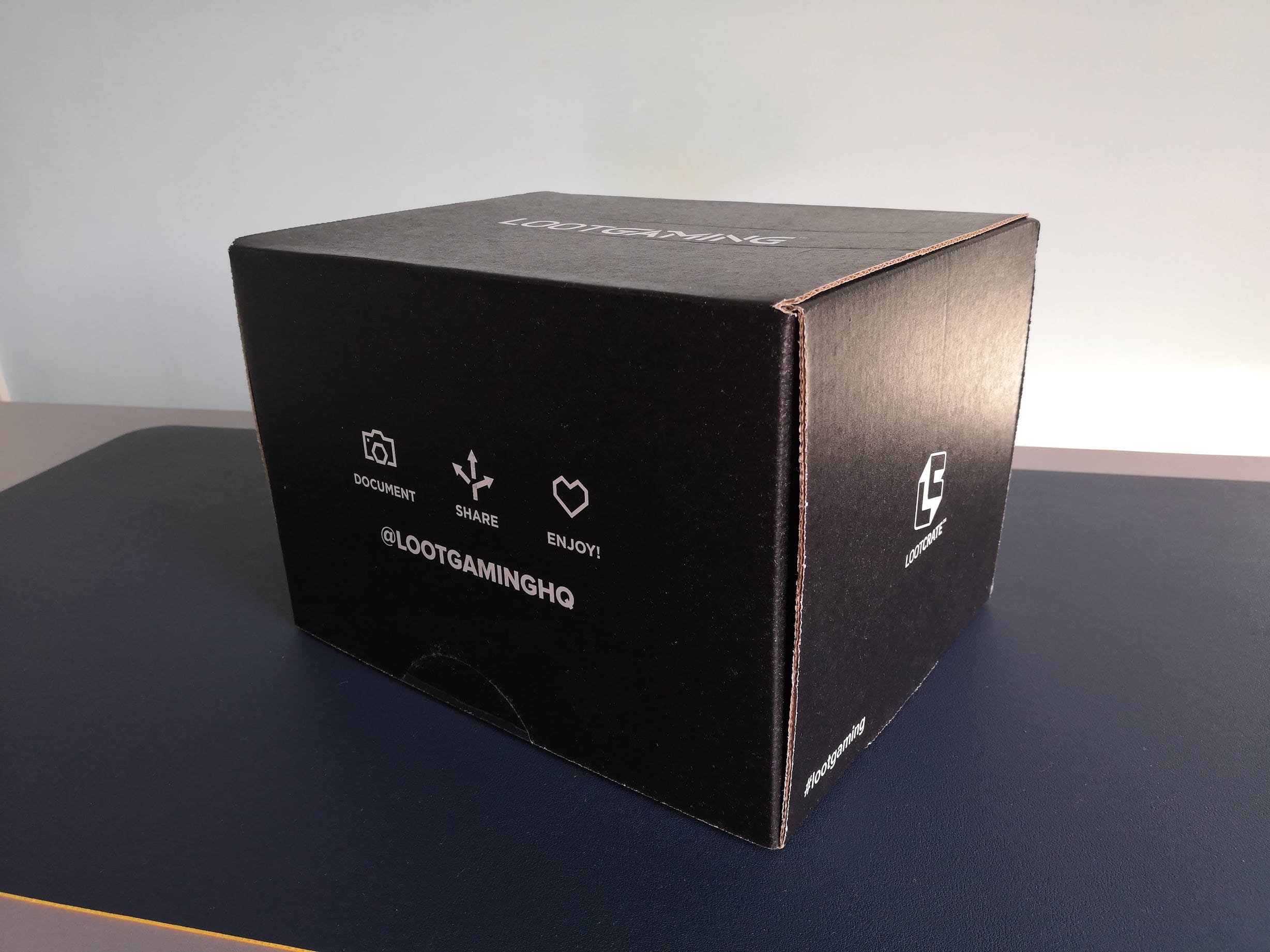 After cutting the tape seal and opening the box, the items inside were nicely stored to protect the items more prone to being damaged.  (You’ll get a little sneak peek of what is to come in this picture!) 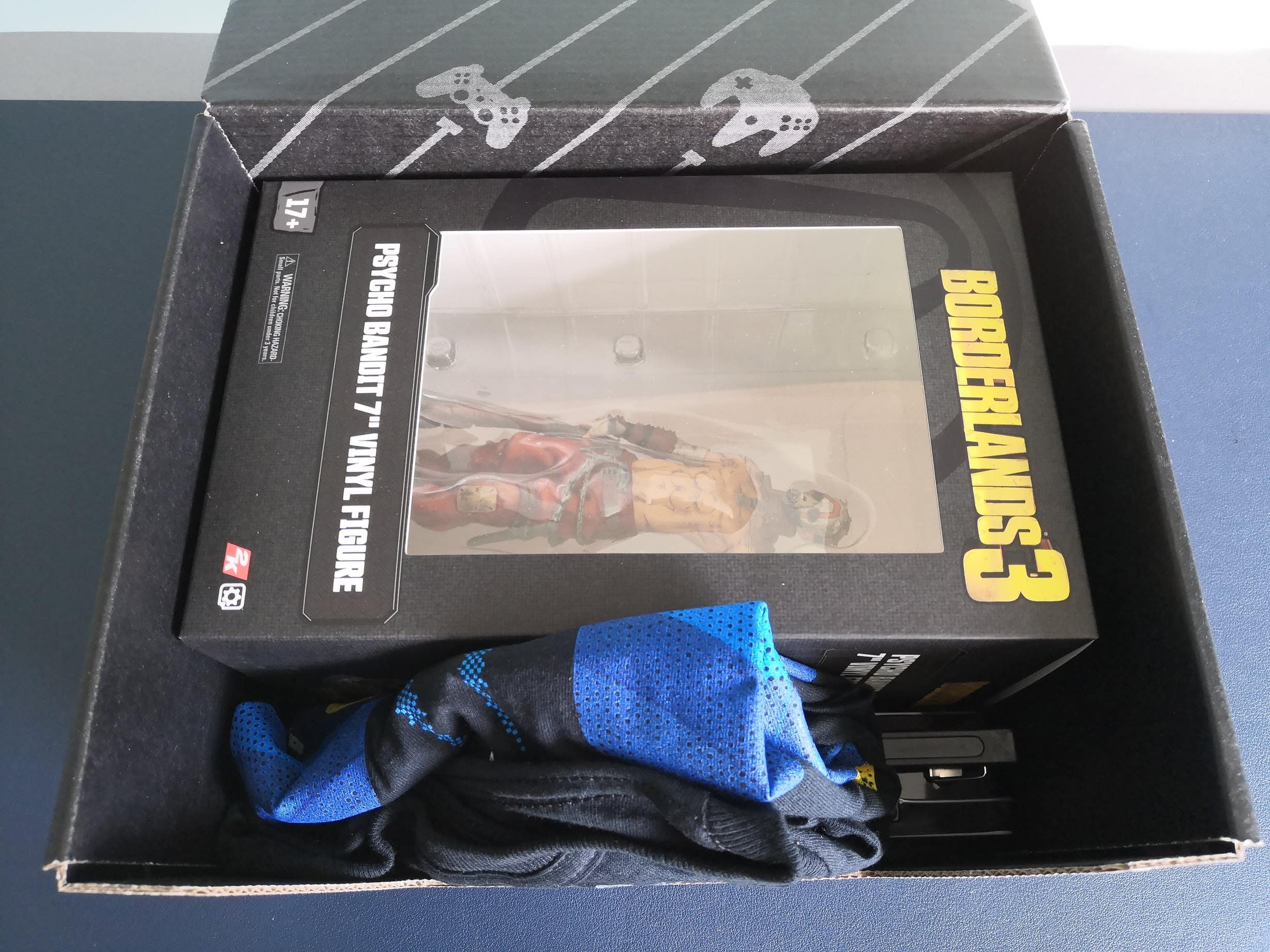 I decided to check out the elephant in the room-uh-box first: the Borderlands 3 Psycho Bandit 7″ vinyl figure. 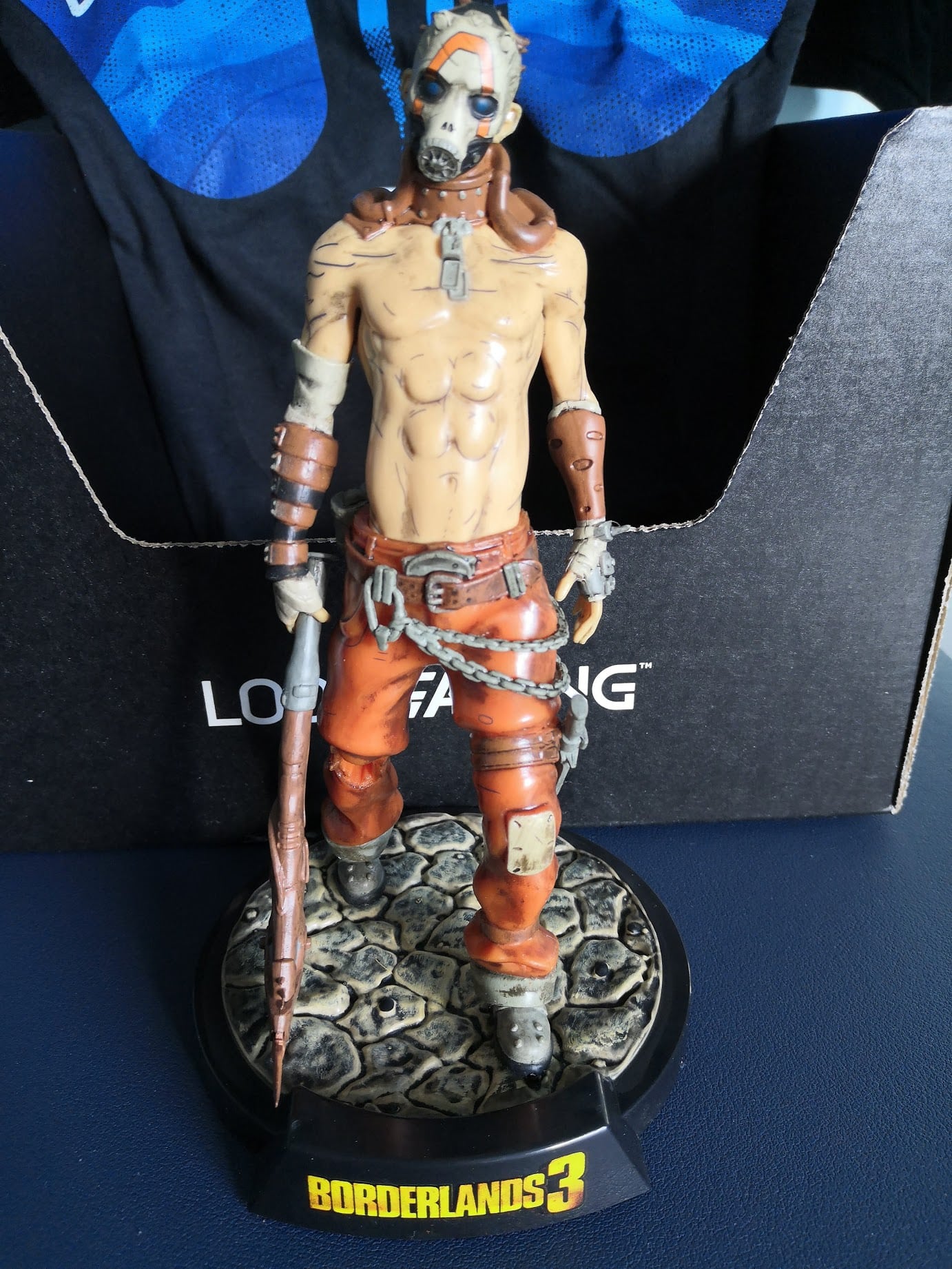 Set on a sturdy base, the figure comes with a detachable buzz axe, which is just awesome! 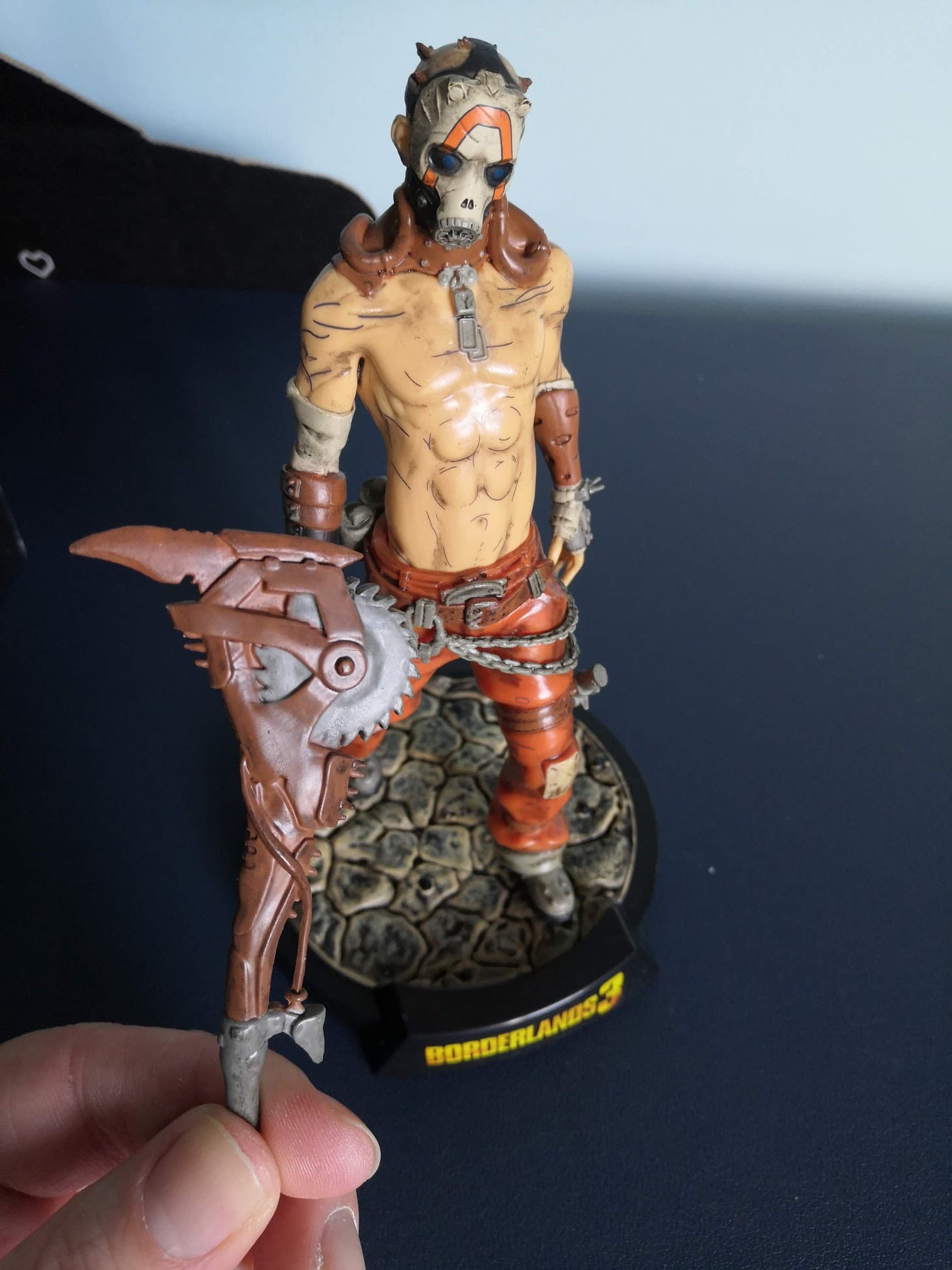 I love the level of detail on the Psycho Bandit figure and even though the Borderlands franchise is one I’ve yet to experience (I’m sorry!), this bad boy is going to be taking pride of place on my gaming desk for the foreseeable future.

Next up in the Loot Crate was a Destiny 2: Shadowkeep teeny tin.

The tin is pretty cool.  I’m undecided what to use it for, but if you’re an adult gamer like me, you can never have enough little storage boxes for little knick-knacks, USBs etc.

Next up is the item I was actually most excited about when waiting for the Loot Gaming crate to arrive – the t-shirt.  I’ve been planning to start a gaming t-shirt collection for a while and now I have a great point to start from.

The t-shirt included in this Loot Gaming crate has a Galaga (Namco’s fixed shooter arcade game from 1981) design. 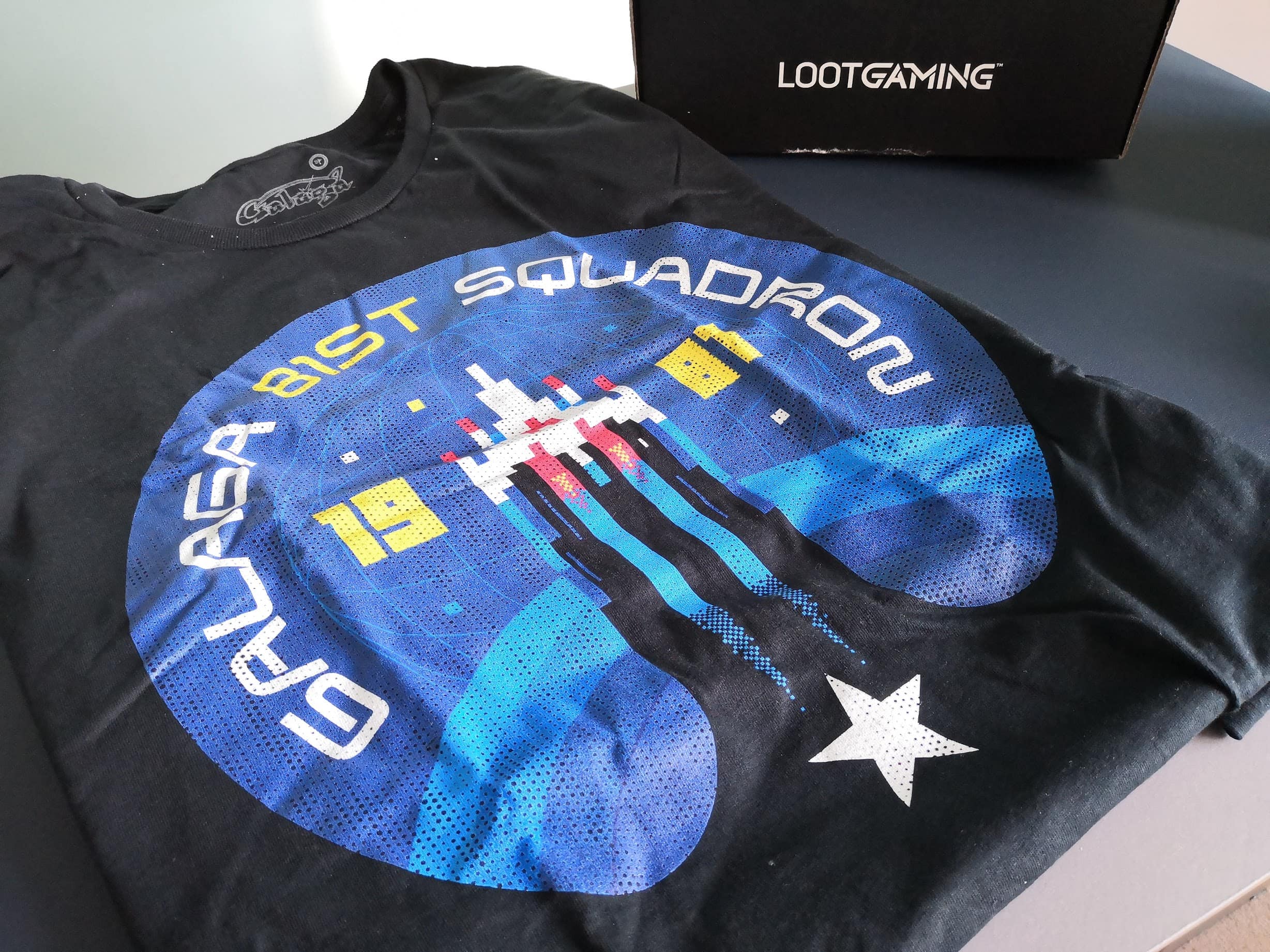 I wear a large and was a bit worried about the size difference between UK and American sizes – would it be too big?  Too small?  I’m pleased to report that the shirt fits perfectly – and I love it! 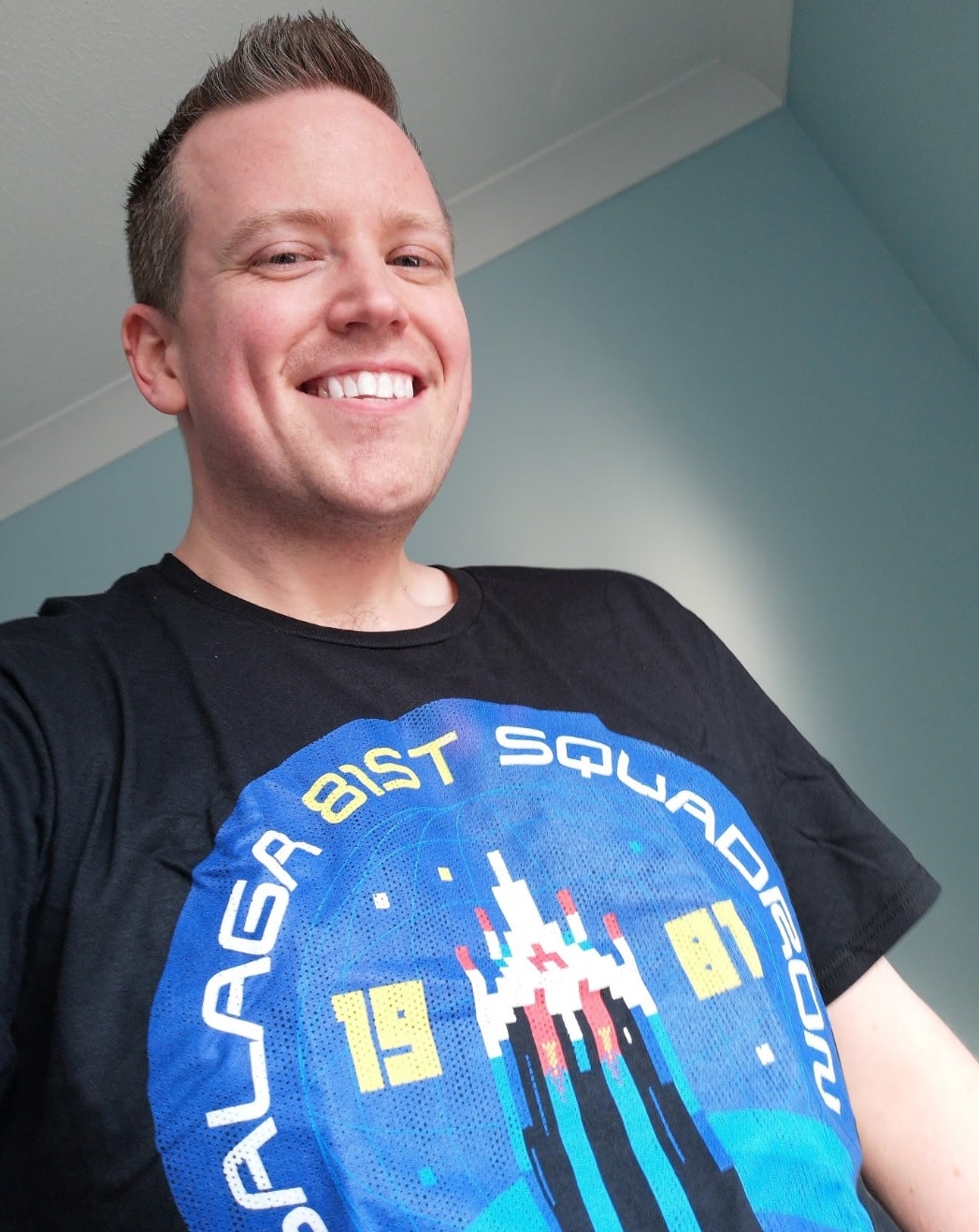 The t-shirt is comfortable, well-made and looks great.  It feels like a premium quality piece of video game merchandise, not just a cheap gaming t-shirt that you’d find at your local supermarket.  Very impressed.

Next up in the crate was a Prey Axiom patch set.  The pair of patches will look instantly familiar to anyone who has played Arkane Studios’ excellent first-person shooter. 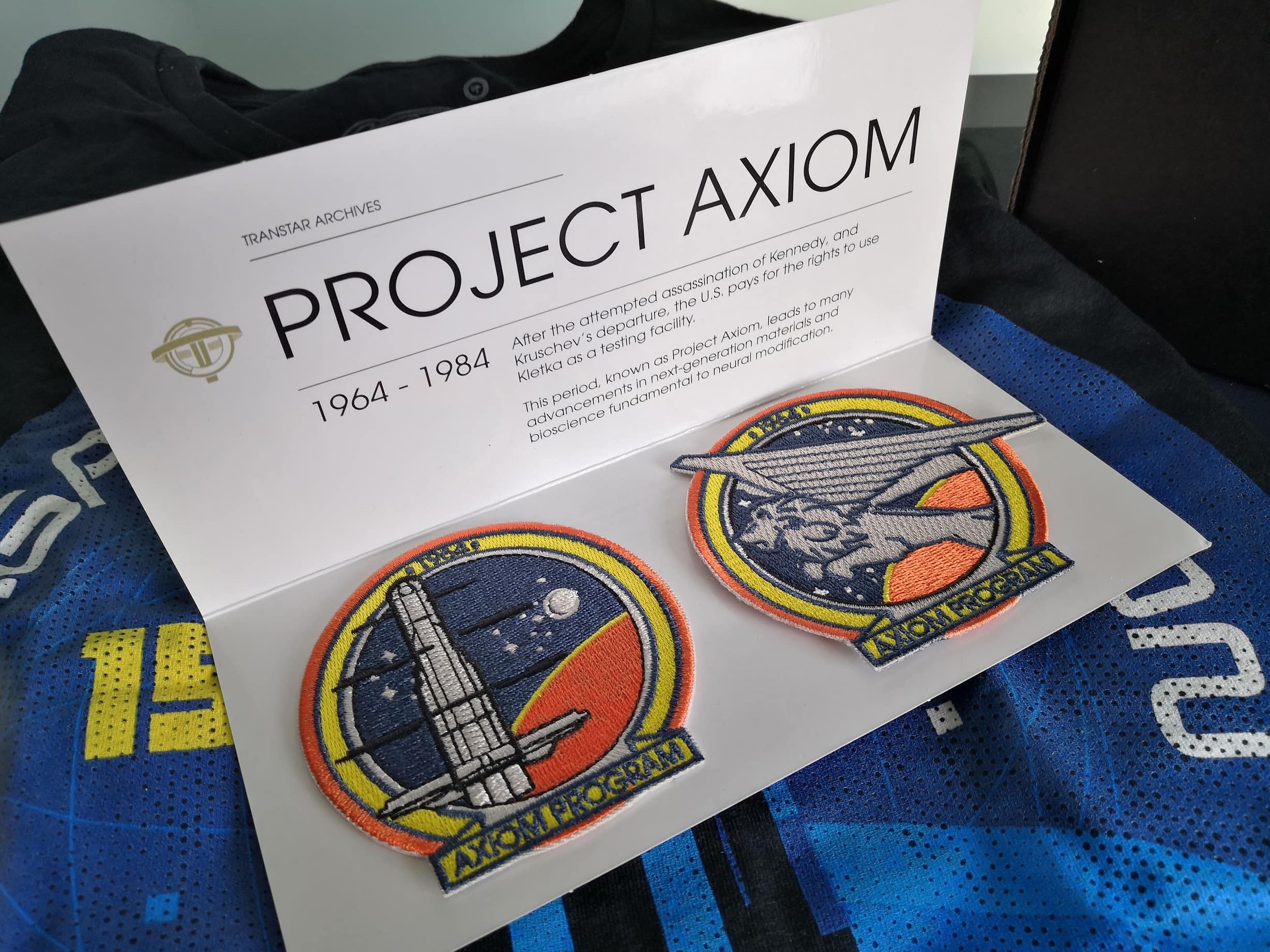 The patches are well-made, as you’d expect, and would look awesome stitched onto a gaming laptop bag, backpack or jacket (I have a worn black jacket in mind for these).  I love the colours and also like that they’re a solid nod to video games without being overtly obvious.

The last item in the Loot Gaming Loot Crate was a Prey collectable pin. 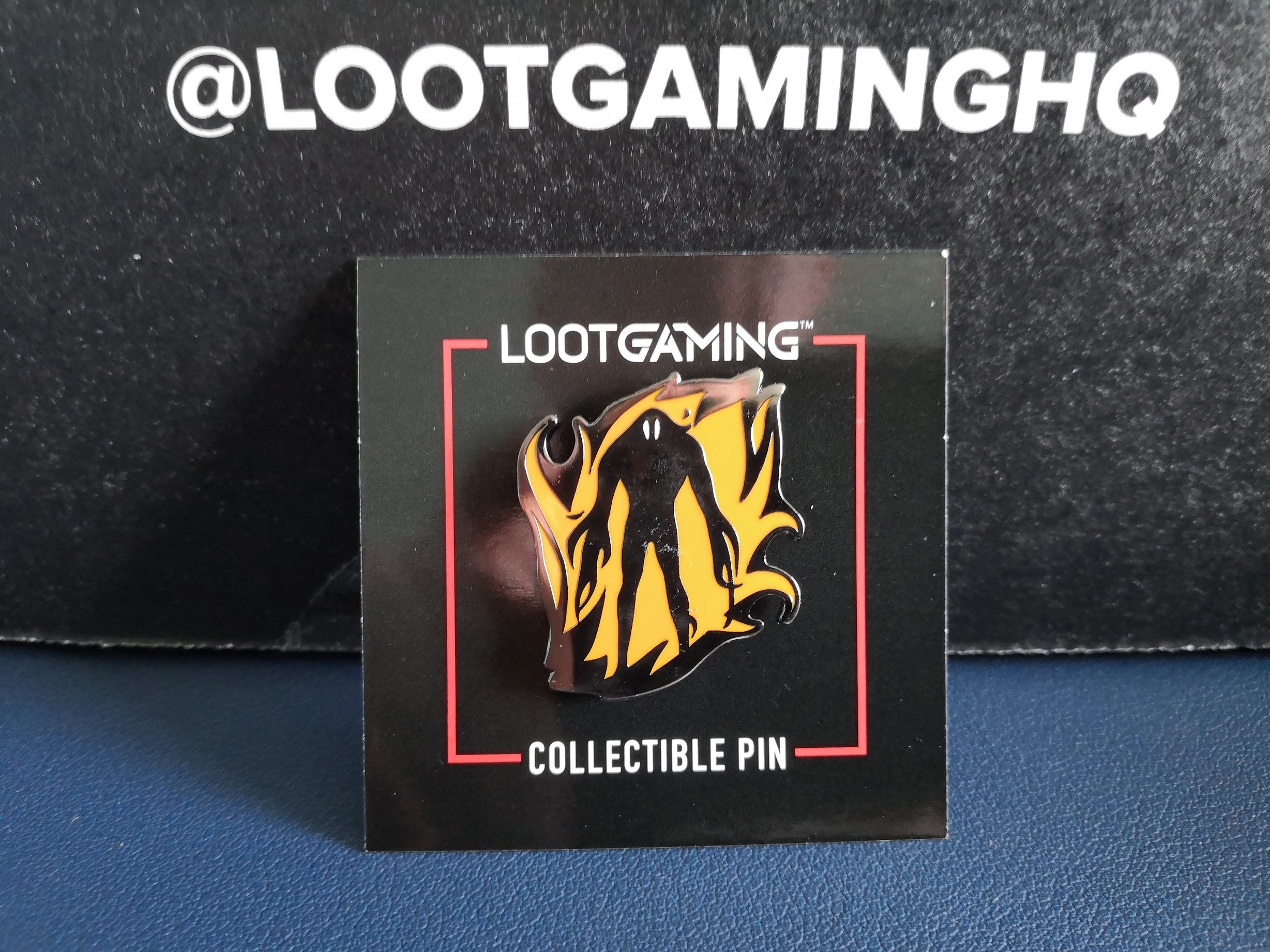 It’s a pretty cool little pin and would look great on the same bag as the above Prey Axiom patches. 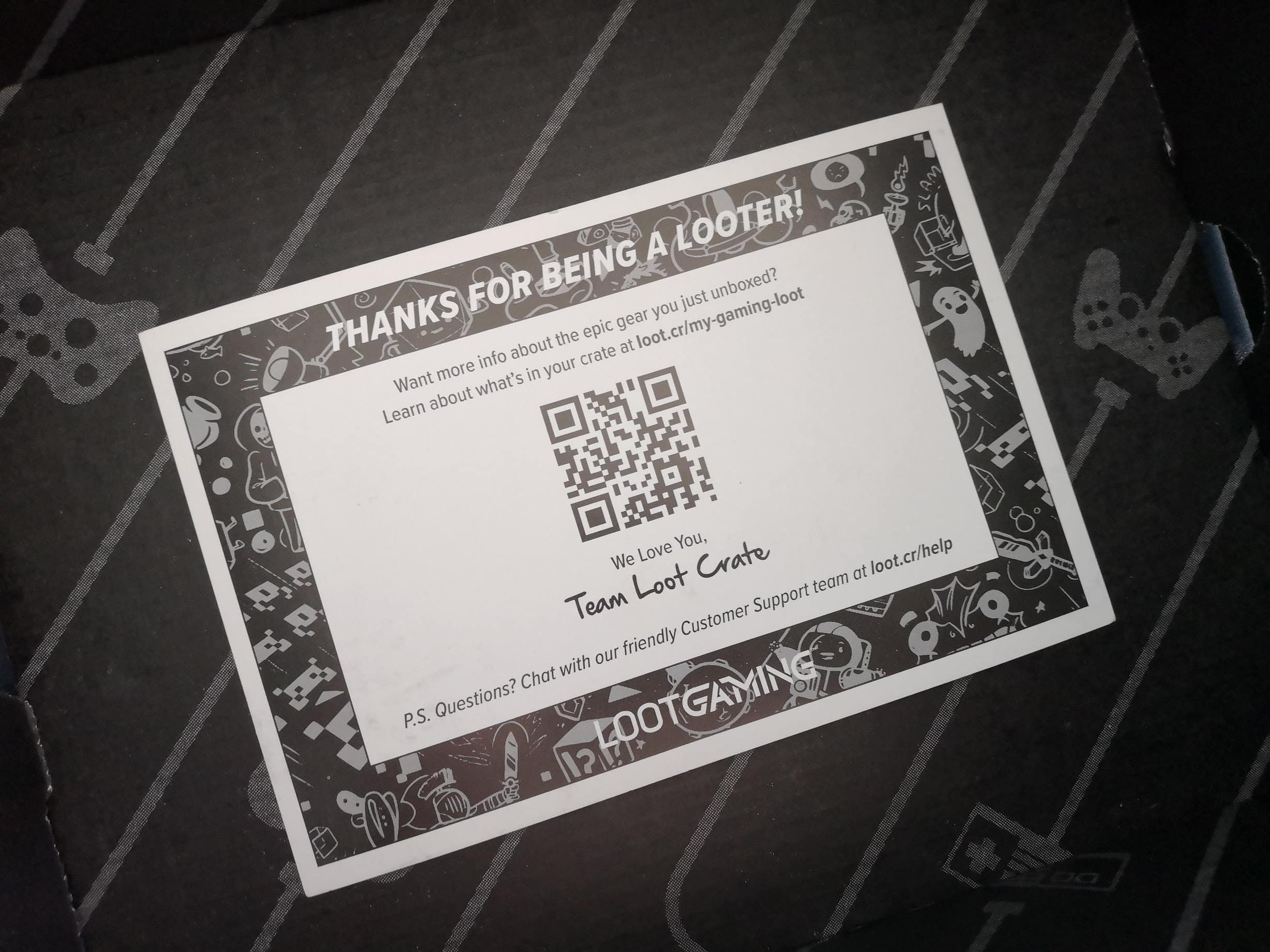 It’s a nice touch.  My own personal experience of the team has been very positive – they have been responsive and friendly, which gives me confidence that their general customer service will be equally attentive and pleasant.

Curious, I had a little look at previous Loot Crates, which are displayed on the Loot Crate website in a similar way that Humble Bundle show the games you could have had if you’d have subscribed for previous months.

The Loot Gaming box I received was the Celestial box, and it turns out that there is a female Borderlands 3 Psycho Bandit figure that I could have received instead of the male one, which is a nice touch.

These are highlights of some of the previous Loot Gaming crates:

It is nice to see so much variation between the Loot Crates and that the team try to theme the items.  I’d have been happy to have received any of these crates.

The Loot Gaming Loot Crate is a great assortment of video game merchandise but is it worth it and should you buy one (or subscribe)?

First, let’s look at the value.  Loot Gaming Loot Crates cost £28 plus shipping for one box and reduce in price for subscriptions, down to £25 per box for 12-month subscriptions (you also get a free t-shirt at this level).  The value of the items in the box is noted to be in excess of $60, which looking at current exchange rates, is about £50.  I Google’d around for the individual products and those that I could find would have easily exceeded the $60/£50 value.  Therefore, excluding postage, you’re essentially getting twice the amount of gaming goodies for your money.

Loot Crates’ biggest weakness is also its biggest strength: you don’t know what you’re getting.  If you love RPGs but hate shooters, you could be out of luck if the theme for the month is first-person shooters.  With that being said, if you’re a gamer interested in multiple genres and types of games, Loot Gaming crates are a great way to build up a collection of merchandise.  It also gives a little bit of excitement each month as you never know quite what you’ll find in your next crate.

I love seeing other adult gamers’ gaming setups, especially those that have random pieces of merch and memorabilia.  Loot Crate is a fun and affordable way to get gaming-related gear for your setup plus clothing to show your gamer pride while out and about.  I am very happy with the Loot Gaming crate I received. 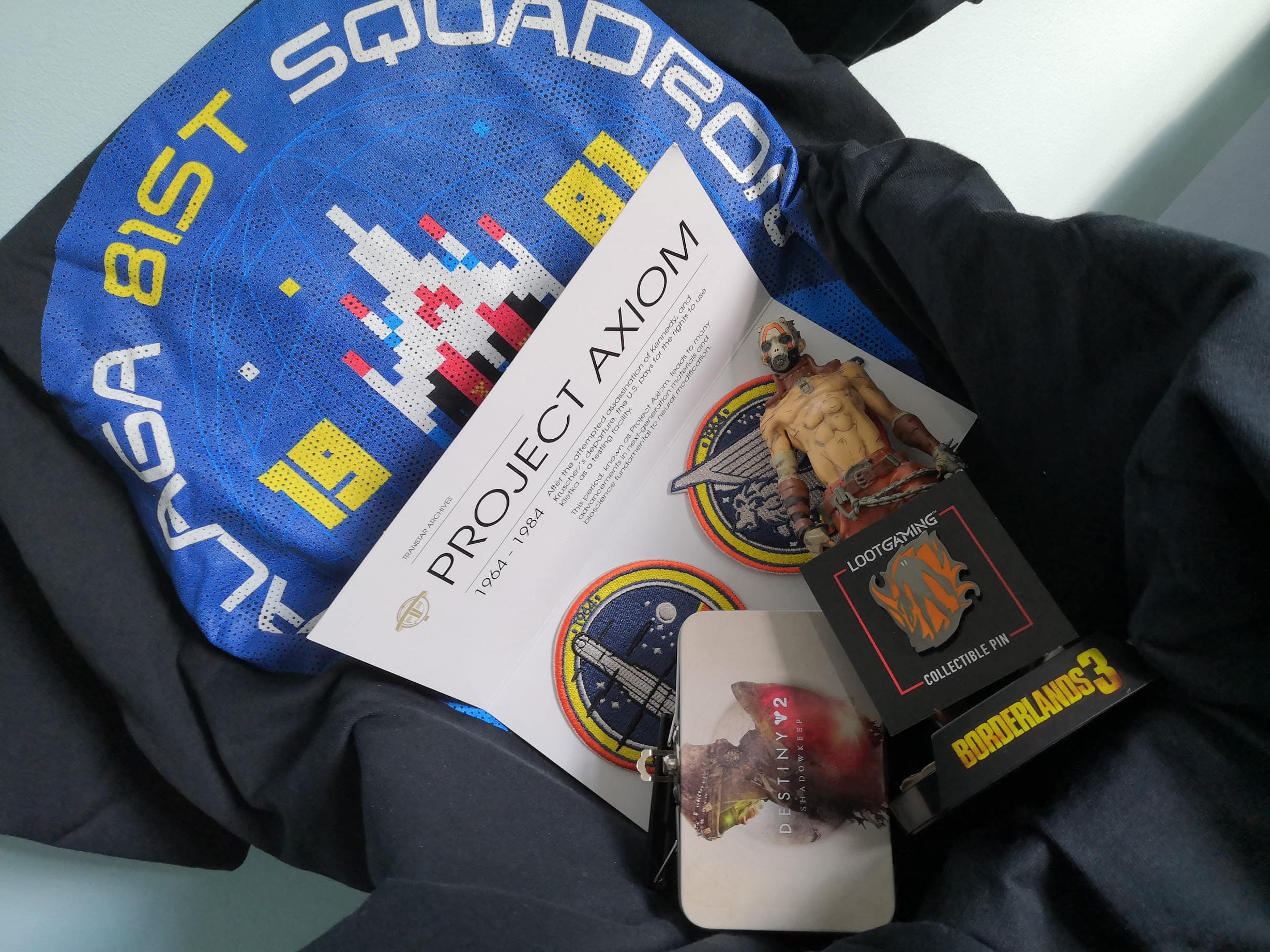 For me, Loot Gaming Loot Crates are a “buy”, but if you have any doubts, consider picking up just one crate so that you can experience the buzz of opening just one.  It’s a great feeling and the quality merchandise is more than worth it.  You never know, you might just like it and decide to opt for a subscription.