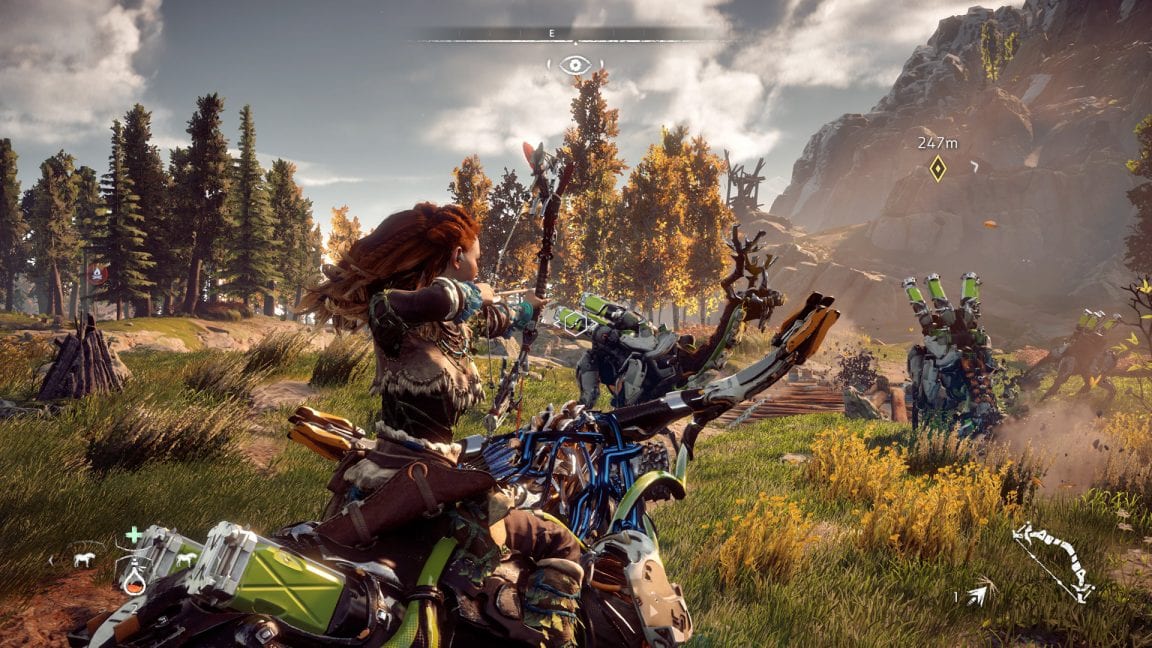 Horizon Zero Dawn won a plethora of accolades when it was released back in 2017, but missed out on a few Game of the Year awards due to Breath of the Wild releasing in the same year.  Despite being a resounding success, it is a game that is omitted from far too many “best games of the past decade” lists and one that undoubtedly deserves to be mentioned alongside other blockbuster PlayStation exclusives like The Last of Us and God of War.

It’s great to see Horizon Zero Dawn stealing headlines again now that PC gamers are getting excited at the prospect of it finally coming to their gaming rigs.  The original game is gorgeous on the PS4, but it will undoubtedly be even more stunning with improved visuals on PC hardware.

Having never owned a PS4, I’ve had to read articles about Spiderman, The Last of Us, God of War, the Uncharted series with envy, wishing that I could play them despite having a ridiculously huge Steam backlog to get through.

Having recently picked up PlayStation Now on the PC, I’ve finally been able to play many of the exclusive games that I’d missed out on, with Horizon Zero Dawn being one of them. I’ve been completely blown away by Horizon Zero Dawn.  It simply has everything you could ever want in a video game: memorable characters, an engaging story, an intuitive control scheme, rewarding and satisfying gameplay, and a gorgeous world to explore.  Uncovering the mysteries behind Aloy’s purpose and the previous collapse of civilization has been one of my favourite gaming experiences ever – even above those offered by God of War and The Last of Us.  It really is that good.

Aloy is a starkly unique protagonist with a moving personal narrative, complemented perfectly by Ashly Burch’s stellar voice acting.  She is strong yet relatable and it is hard not to feel a connection with her as she goes on a journey from shunned outcast to the last hope for humanity and the world.

The world feels both alien and familiar, with a variation in landscapes and colour schemes making it a joy to traverse, whether on foot or on the back of an overridden machine.  The character, machine, animal and the environment animations are exceptional, and the controls are as intuitive and responsive as they come.  Whether you’re stealthily taking down a Sawtooth machine from lush grass, scaling the heights of a towering cliff-face, or destroying dinosaur robots with your bow and arrows, the whole experience is polished and gratifying. 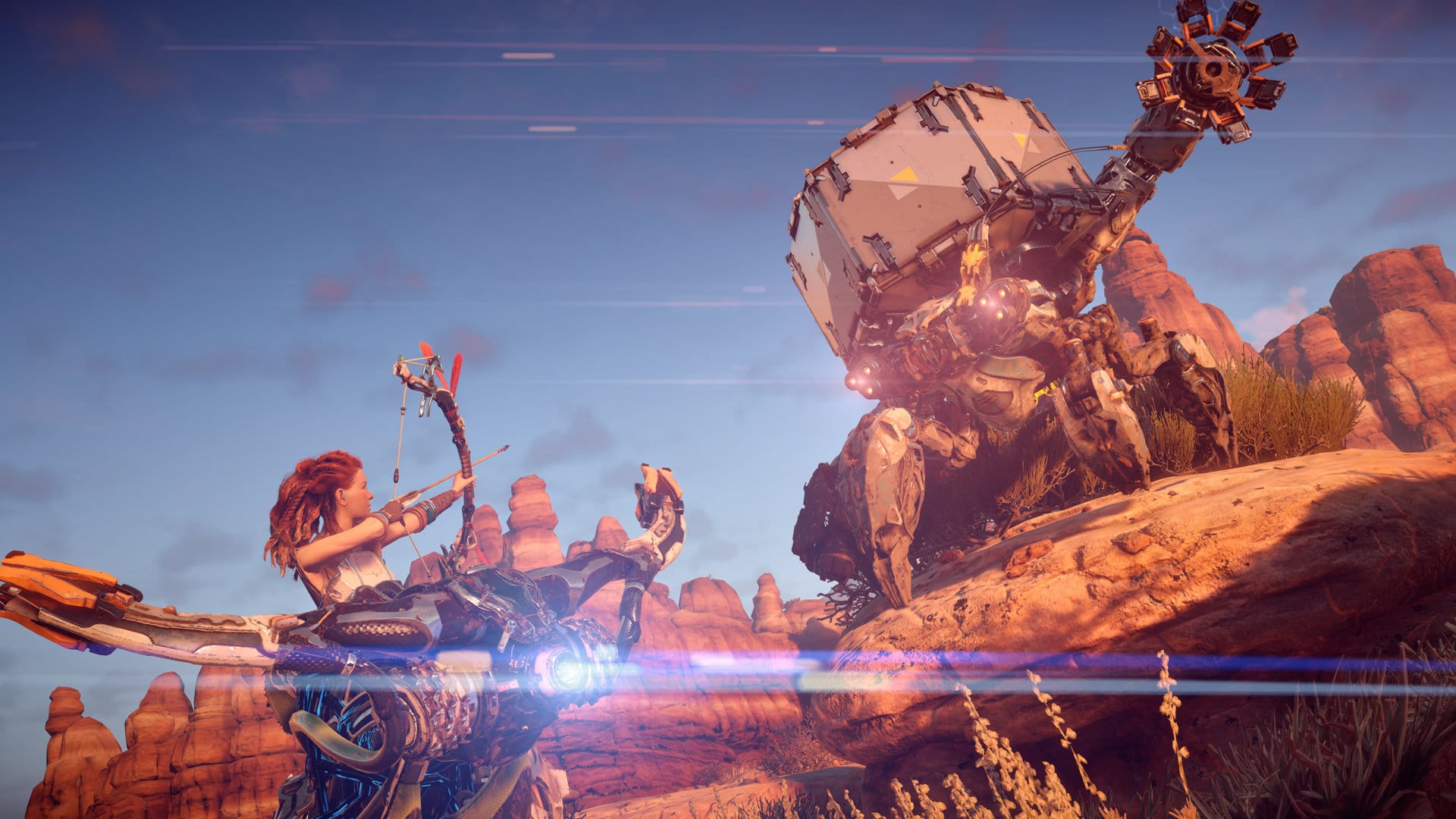 I’ve completed Horizon Zero Dawn’s main story, dipped into a few size quests then completed the main quest in the Frozen Wilds expansion.  While there are still many side quests and challenges to complete (many of which would be considered “main” content in lesser games), I feel like I’ve already been taken on a journey that would have taken a full series of releases to unfold in almost any other franchise.  The story is one filled with questions and wonder and is impeccably paced, with the answers to the many mysteries being unveiled at a satisfying rate.  It is a story that has stuck with me long after seeing the credits roll.

It is the first game that I’ve played in a long time that demands a significant time investment.  As an adult gamer with limited game time, I’ve found myself turning to games that can be completed within 10-15 hours over the past few years.  When it comes to the few games I’ve dared to play with longer playtimes, I’ve strictly stuck to the main story quests and avoided straying from the beaten path.  Horizon Zero Dawn’s side missions have been so good that I have gone out of my way to complete them, at times even at the expense of progressing the main story.  Characters feel genuine with their own personal agendas, and every corner of the map feels handcrafted and genuine, providing an immersive backdrop to Aloy’s adventures. Horizon Zero Dawn is a must-play game.  There is no other way to put it.  Every single facet of the game feels polished and will remind you how good video games can be.

Oh, and destroying dinosaur robots never gets old.  Never ever.

If you’re tempted to play Horizon Zero Dawn on PS Now then you need to act quickly, as it leaves on 7th April 2020, but those looking for the ultimate experience don’t have long to wait until the PC version is released.