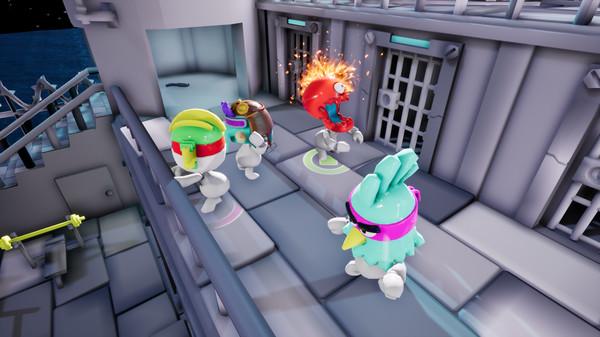 Headsnatchers’ premise is easy to describe but it is difficult to stress just how fun it is to play.  It is essentially a childish slap-fest where the goal is to steal your opponents head and use it to complete tasks to win. 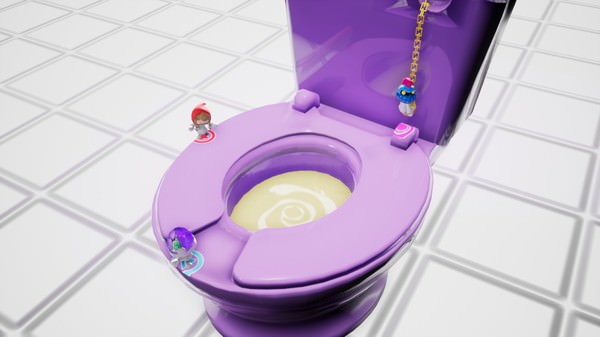 The gameplay is frantic and chaotic, making it the perfect game to play competitively on the couch.  The shouting and laughter in my household brought back memories of playing games like Gang Beasts and Overcooked as we all chaotically charged around trying to snatch the heads off of each other’s shoulders and completing the mini-game tasks.

At the time of writing, there are 6 mini-games available in Headsnatchers, which provide more than enough fun for the family, though expect more to be introduced as the game continues to develop.  You’ll be running around, punching your opponents, taking their heads then using it to score a touchdown, slam dunk and other zany challenges.

Visually, Headsnatchers is colourful and exciting.  Backgrounds are detailed, as are the heads on the avatars running around in a frenzy.  While it won’t push your gaming hardware to its limits, the cartoon-style does more than enough to set the tone for the game.  The music and sound design is decent and fits in well with the action on screen.

Headsnatchers is packed with customisation options, allowing players to create their own custom heads from hundreds of components.  It’s a nice touch and one that is very well delivered – my daughter loved putting together a loopy looking avatar and it helped to get her excited to play the game. 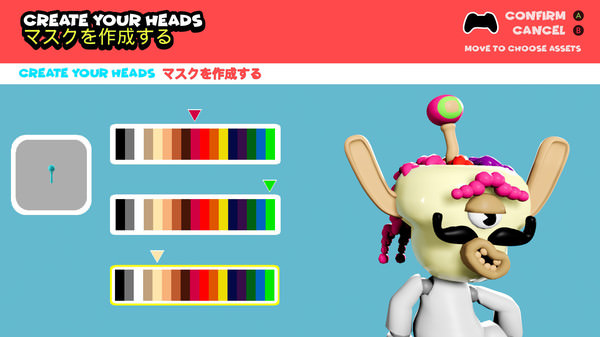 Headsnatchers is currently in Early Access and, as should be expected, it isn’t perfect.  Finding games online is a challenge, meaning that if you don’t have anyone to play with sitting next to then you could be stuck with the single-player mode.  That would be fine if the single player mode wasn’t so drab.

The single-player mode is platforming-focused and lacks imagination.  The jumping mechanics are poor at best, which can mean that your time playing alone can be tedious and frustrating, the complete opposite of the multiplayer offering.  The sooner that the online matchmaking facility is fixed, the better. 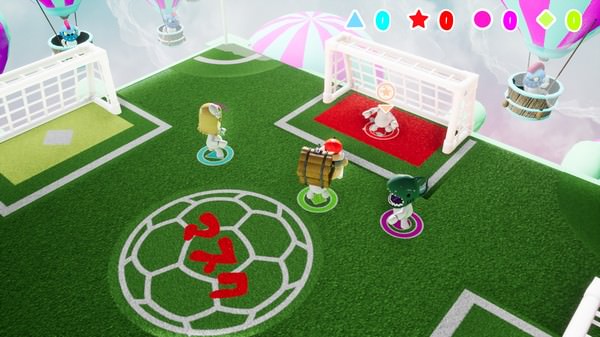 Headsnatchers certainly has room for improvement before it leaves Early Access.  The single-player mode needs to be revamped, more mini-games need to be introduced and the online matchmaking facility needs to be improved.

Despite these issues, it’s still easy to recommend Headsnatchers to adult gamers looking for a game to play with their family and friends on the couch.  The chaotic and frantic gameplay is a lot of fun and it isn’t difficult to get younger children involved in the mayhem.