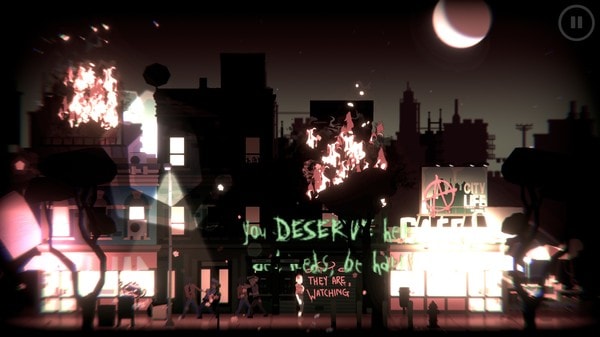 Headliner: NoviNews is set in the fictional country of Novistan. You play the Headliner, an editor of current affairs news media. Essentially, the game is a side-scrolling decision-making simulation game, but with a difference. The news you pick shapes the very events that take place within the world you inhabit. Relationships can be strained or developed depending on the very news you share with the public. Much of the core game is taken up with these decisions, with the addition of some side content -taking in a stray dog, chatting to shop keepers, etc.).  It is the news that really gets you thinking.

Headliner is very short, clocking in at approximately 60 to 90 minutes, but this is where the twist lies. Upon completing a playthrough, there is an uncontrollable urge to restart the game and, much like Dr. Sam Beckett ala “Quantum Leap”, change history for the better. I felt extremely unhappy with many of my choices after my first playthrough and eventually looked upon it as a learning experience for what would ultimately be another playthrough. I played through Headliner another 2 times bringing my playtime up to around 4 hours. I was fairly satisfied with my choices and the resulting consequences after my time with it, which was in stark contrast to the disappointment I felt after my first playthrough. 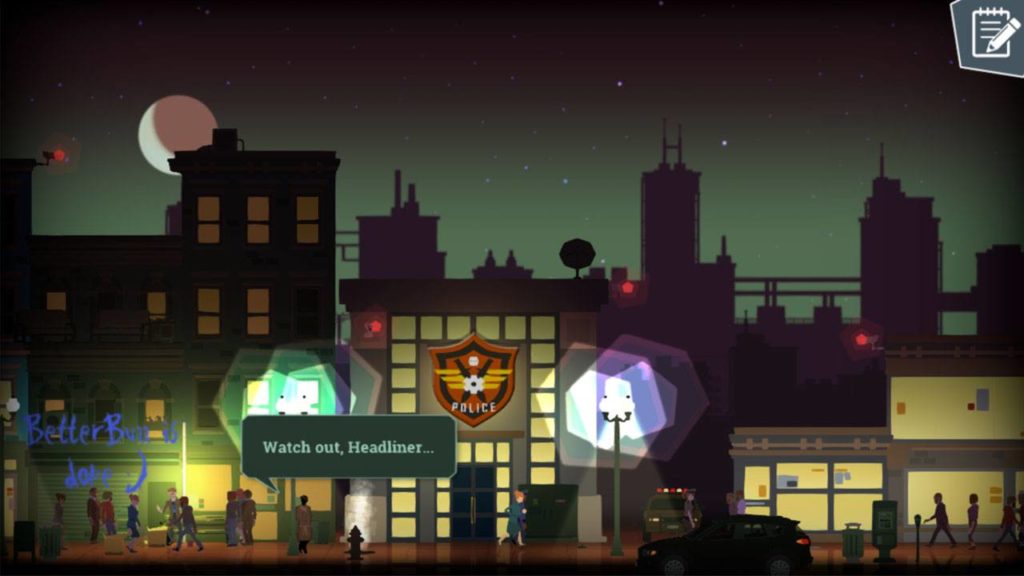 Headliner’s replayability is its strongest asset.  The burning desire to right the wrongs I had created, which didn’t feel onerous given the relatively short playtime. Some issues that appear mirror today’s society, giving a fairly accurate portrayal of our world and our reliance on media to form our opinions. Being a game, there is some poetic license here to make things a little more exciting, but with that said, it made me genuinely think about the world as it is today and the choices I make, in addition to the decisions made every day by the government and news media outlets.

Health, crime, sex, suicide, racism and xenophobia are all topics covered in Headliner among others. With topics as charged as this, it is no wonder that I really took a shine to the game and tried my utmost to instil my own measure of moral justice to the citizens of Novistan.

Despite the replayability factor, Headliner’s gameplay is not memorable or fresh.  It is a fairly pedestrian side-scroller, with actions taking place when you interact and try to change the narrative. 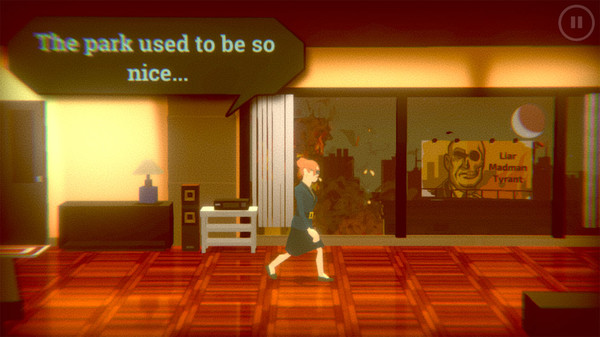 The sound and music are both very good and give off an 80’s synth vibe from time to time. There are also a few tracks which mirror Minecraft and games of that nature; soothing music designed to keep you flowing through the game. Occasionally, the music is reactive and responds to the environment, for example, it will change if a riot or demonstration is taking place, or if crime reaches an all-time high. Naturally, you could be directly involved in starting the riot or crime wave because of the coverage you have put forward in your editorials.  Having the music ramp up during these moments really adds extra emphasis to the actions unfolding.

The graphics are again secondary to the narrative, but the blocky style is one I found charming. The style changes a little when interacting with citizens in Novistan, adopting a much more polished and almost manga or anime style.  It’s easy on the eyes, without being revolutionary. 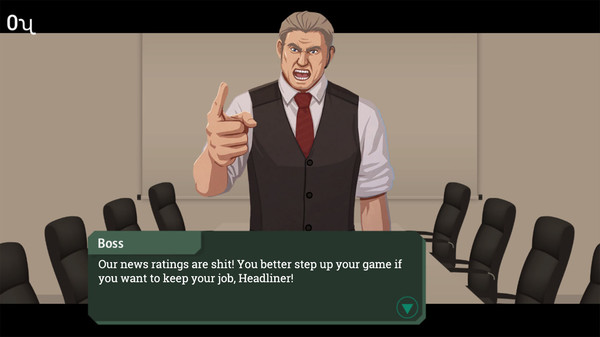 True Uniqueness is something that is hard to come by in this day in age, especially in gaming. We seem to be saturated by 100+ hour action-adventure games and true innovation is, of course, not lost but it’s hardly abundant in vast quantities.

Headliner’s narrative is strong, to the point that I could see it being used as a discussion tool between friends, families or even schools.  The subjects broached are not suitable for many younger children, but as the game is rated 14+, parents or even teachers of this age group could use Headliner to talk to this age range about some issues raised within this game.

Headliner: NoviNews is perfect for adult gamers who are looking for a game to jump in and play for 20 minutes here or there, then ponder your decisions and their consequences until your next session.  Just be ready to get sucked into the world of news media.

Headliner expertly weaves a strong choice-making system with a stellar narrative to create a title that demands to be replayed.  I found it difficult to put down and really enjoyed the world that Unbound Creations has conjured up.  One playthrough was nowhere near enough and, even after having found a conclusion that I feel relatively happy with, I will continue to jump back into Headliner from time to time.