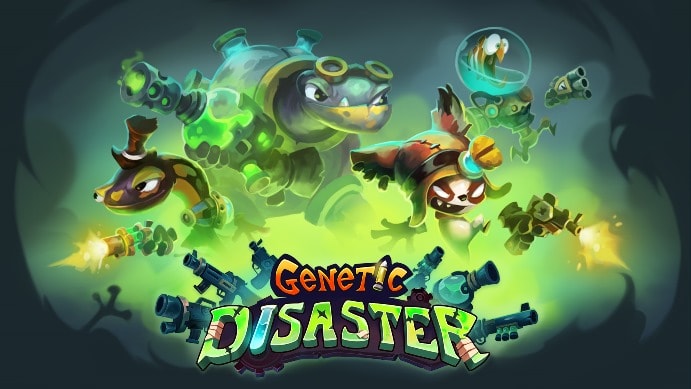 BY CORY SPIERS: Finding beauty and harmony amidst chaotic gameplay can be a cathartic experience, and it’s something you’re sure to find in Genetic Disaster.

Genetic Disaster thrives in creating chaos. When the odds seem stacked against you, prevailing with the help of a few of your friends and the firepower from some of the game’s 65 outlandish and distinctly different weapons feels triumphant.

Genetic Disaster can be enjoyed as a solo experience but it’s best played with a trio of friends. The game supports local and online co-op play with up to four players. 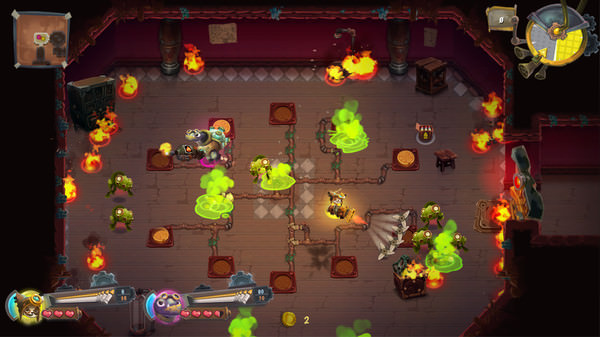 The game’s baddies and overall difficulty level scale based on how many players are in the game. Go in solo and you’ll have a fairly easy time but bring along three friends and get ready to fight to survive.

Genetic Disaster’s gameplay is decidedly simple to comprehend but satisfyingly challenging to master. For anyone who played the 2016 Steam blockbuster Enter the Gungeon, Genetic Disaster will feel quite familiar.

Genetic Disaster wears a surprisingly high number of influences on its sleeve. Its intense bullet storms conjure memories of old-school arcade shooters like Galaga while its progression system and unique characters make it feel right at home in modern game libraries.

After progressing through each of the 10 procedurally generated levels, players choose their upgrades, adapt to whatever new guns they may have found and get ready for the next horde of enemies.

The procedural generation ensures no two playthroughs are the same and one player’s story won’t be the same as another’s. 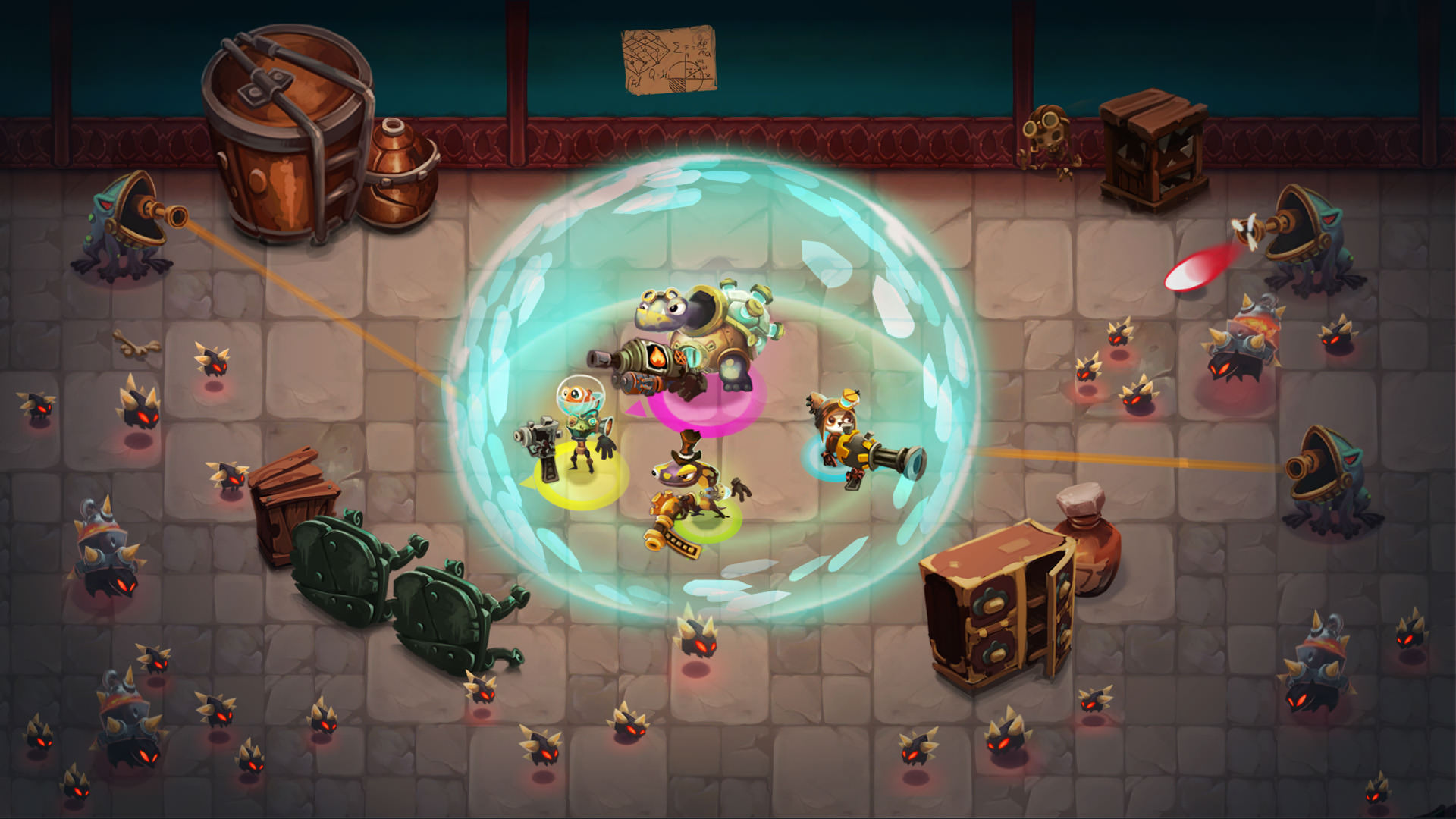 Team composition in Genetic Disaster makes a surprising amount of difference in the gameplay experience and the strategy teams must employ. Each character feels distinct and brings a different strength, along with a unique weakness, to the table.

Each character’s special ability is capable of completely turning the tide of any skirmish. Some characters thrive by soaking up bullets while others are best suited to bringing their havoc from afar or behind the strength of their more durable teammates.

Team composition is important and visually, each character is distinct and pleasing to look at. Genetic Disaster as a whole is a pretty game, delivering noticeable beauty through hand-painted backgrounds and character models.

Genetic Disaster’s sound design is solid and it delivers a satisfying feedback loop of working together to progress through levels, getting even stronger and facing increasingly powerful foes. 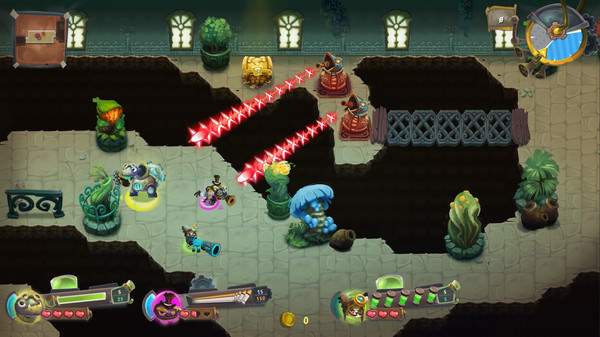 Genetic Disaster feels fresh, smart and refreshingly simple. The game knows what it is and sticks to its identity through and through.

It’s easy to recommend Genetic Disaster as a buy.

At $20 on Steam, the game is a bargain. It delivers a distinct gameplay experience each time its booted up and offers a ton of fun for co-op thrill seekers.

Genetic Disaster is easy to pick up and play and is a thrill to strive to master.

For those looking for a fresh, hilarious and chaotic take on the shooter genre, Genetic Disaster is a great choice.