Normally I don’t play Free-to-Play games, but I heard good things about this mobile game and gave it a try. And, boy, am I glad I did.

Developed for the iOS and Android mobile platforms by Intelligent Systems and Nintendo as a free download with in-app purchases. Fire Emblem Heroes was released for both platforms on February 2, 2017.

Fire Emblem Heroes is pretty much like any of your standard Free-to-Play games. There is a resource that takes a long time to grind for free or can be bought right away with real money if you rather not wait. In FE Heroes that resource is called “Orbs” and “Orbs” are used to summon Heroes. The “Orbs” resource can be gained for free by playing the story mode and other special events.

Summoning Heroes will get you a random Hero from the Fire Emblem series which you can then use to build your team to fight in the story mode or against other players. The Heroes you want on your team are the rare five-star characters. These are the most power Heroes in the game. Since the summoning aspect of the game is random, trying to get them will eat up your “Orbs”. 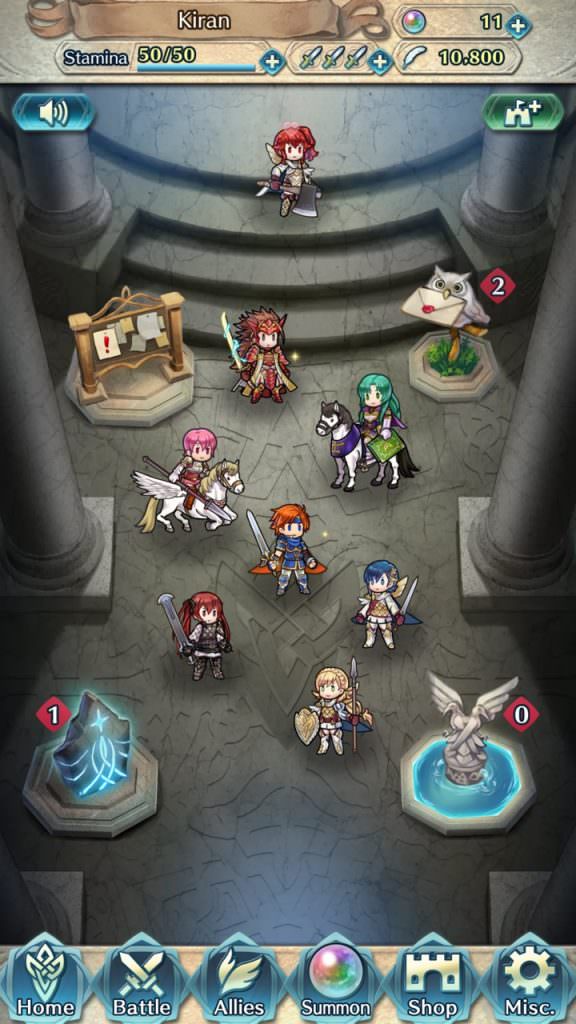 “Orbs” can also be used to upgrade your castle, which can boost EXP earned, and also expand your barracks to increase the number of allies (Heroes) you can have in total. If there are allies you don’t want or you get duplicate allies, you can send them “Home” to gain “Hero Feathers”. These can then be used to unlock potential in your Heroes after they reach level 20. To gain levels you must fight with your team of allies in the story mode, training tower, or special maps. But be aware, each time you fight it uses Stamina, once you run out you have to use an item to restore it or wait a certain amount of time for it to replenish on its own.

The fights are turn-based. So you will take a turn moving and fighting then the enemy team will do the same. Each ally can only move or fight once per turn. After all of the enemy team is destroyed or if you lose all four of your allies, the battle ends. You rinse and repeat till you maximize your character’s levels and/or decide to fight online against other real players. It is also good to note that once you summon new Heroes, they all start at level 1 and have to be leveled up either by fighting or leveling them with resources that can be gained through battling. 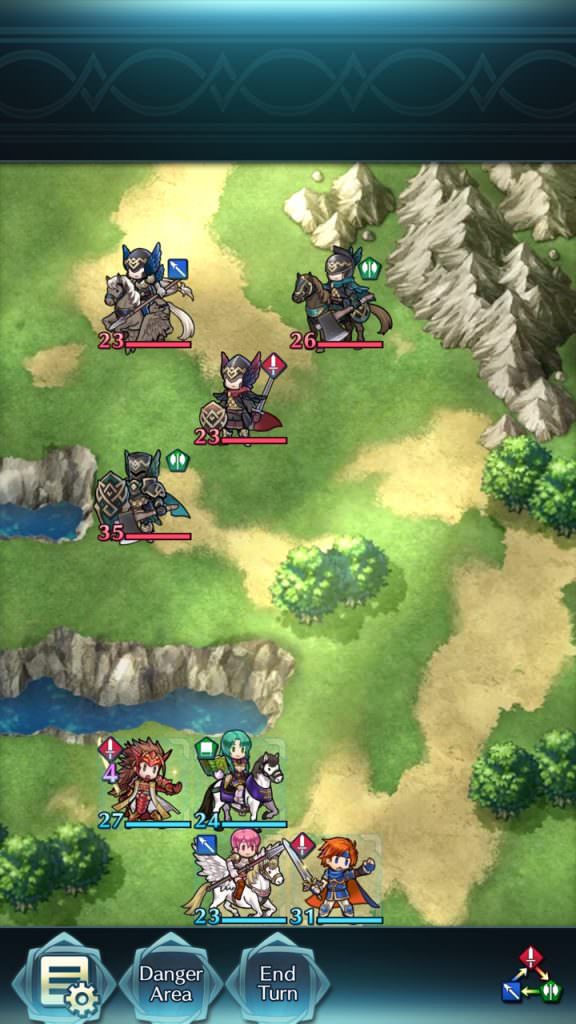 The sound effects and music in the game are done very well but do repeat quite a bit as you play. I mostly played the game with the sounds off because of the repetitive voice, effects, and music. The art on the other end is top notch. FE Heroes’ art is what you would expect from a Japanese game, with cute anime characters fighting to save the world from destruction.

Over the past five days, I have been playing Fire Emblem Heroes on my iPhone. I really enjoyed this free-to-play mobile game. I normally don’t play these types, but FE Heroes got me addicted. This was my first Fire Emblem game as well, and now I can’t wait to play the version coming to Nintendo Switch. Whether you’re a fan or not of the franchise, Fire Emblem Heroes is fun to play even for quick spurts of game sessions lasting five or ten minutes.

If you like tactical role-playing games, give this one a try on your phone or tablet, and since it is free you have nothing to lose.