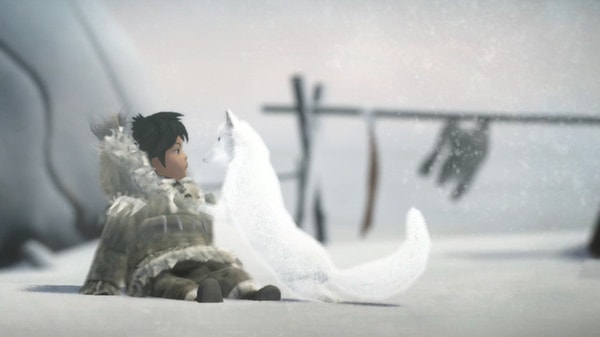 On paper, I shouldn’t have liked Never Alone.  It’s a platformer with some light puzzle elements, two factors that would usually find a game on my list of games to avoid.  However, after pledging to get organised to beat my game backlog, I noted that Never Alone plus the Foxtales expansion would only take 4-5 hours to complete, so decided to get it over with.  I’m so glad that I did.

Never Alone’s setting is refreshing and delivers an enjoyable story within a reasonable about of time.  The game takes place over eight chapters, which makes it short enough that an adult gamer can actually complete it, but long enough that it feels satisfying.  I played it solo, but the experience would likely be even better with a player two sitting beside you. 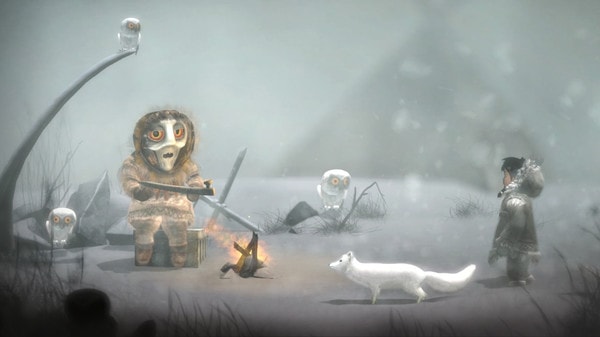 Never Alone is faithfully based on the folklore of the Iñupiat people of northern Alaska. It follows Nuna, a girl who leaves her village to discover the source of an endless blizzard that is ruining her people’s way of life.  Along her journey, she befriends an arctic fox and together they traverse the unforgiving frozen landscape.

A tribal elder narrates the story in the native tongue of the Iñupiat people.  Knowing that the story is one that has been told and retold through generations helps to set it apart from other mythological stories.  You can imagine the villagers huddled around a campfire during a harsh Winter, exchanging stories such as this as the flames flicker between them.

Never Alone’s atmospheric setting is complimented by its relaxing gameplay.  Switching between Nuna and her arctic fox companion to solve light puzzles was smooth and the puzzles themselves were rarely testing but carried enough variation to avoid getting stale.  There are few enemies, and those who you do encounter, such as the Northern Light spirits, follow their pre-determined route through the night sky, requiring the player to simply avoid them. 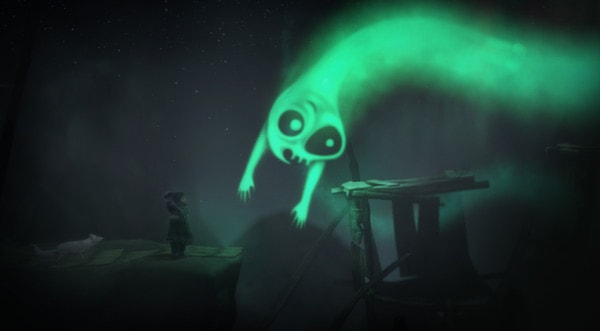 To flesh out the game, the developers have included videos showing an insight into the culture of the Iñupiat people, who speak about their lives and the cultural significance of certain events and items.

Never Alone doesn’t outstay its welcome.  When the credits rolled, I was ready for the story to end and I had to push myself through the Foxtale expansion – not because it wasn’t very good, but because I felt that I’d already experienced all that I wanted to from the game.

The glimpse into the culture and mythology of the Iñupiat people is worth the price of admission alone, and the fact that Never Alone is regularly on sale for a few pounds means it represents amazing value if you’re looking for something a little bit different in between playing more intense games.