Hot on the heels of our EasySMX Cool 200 Gaming Headset review comes the EasySMX ESM-9101 wireless gamepad.  It’s another budget-friendly peripheral but is it worth your time?

You know the drill: we received this product for this review, but the review and the opinions within are our own.

When it comes to gamepads, we gamers are spoilt for choice.  Some prefer the Xbox-style, others like the PlayStation style, and others like the whatever-this-is (just kidding).  My preference is the Xbox 360-style controller, but I have no problem using PlayStation’s offering when playing my PS3 (yes, I’m old school).  There are some high-end “pro” controllers and there cheap, unreliable controllers.  There are few decent affordable gamepads from what I’ve seen when scouring the internet for a controller for my kids.

Let’s start with the basics.  In the box, you’ll receive an EasySMX ESM-9101 wireless gamepad, a USB receiver (to plug into your PC, android device, PS3, etc.), a USB cable, a user guide and a note from EasySMX asking you to contact them directly if there are any problems at all.  As mentioned in my last review, I think this is a nice touch – the budget-end of the peripheral market isn’t known for its good customer service.

The controller itself is familiar, as it fits the mould of the Xbox 360 controller – almost literally. 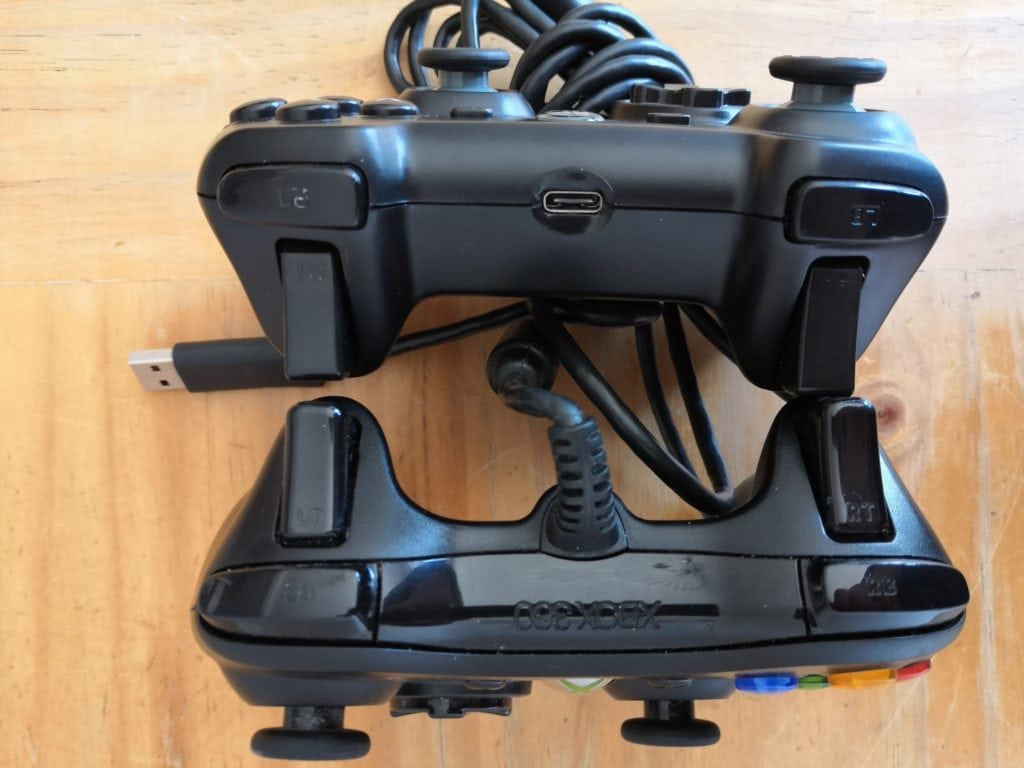 Placing these controllers side by side, there are minimal discernable differences.  The layout and the general feeling are similar, and I for one am okay with that. 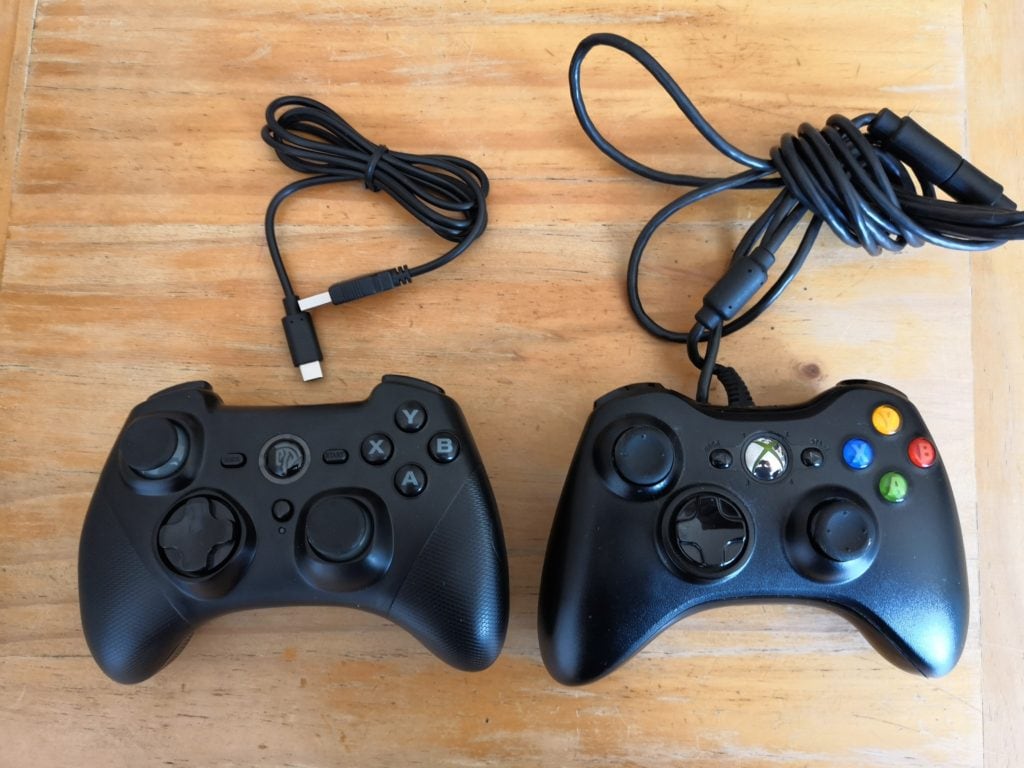 Unlike the Cool 2000 headset I reviewed previously, this controller’s design is pretty understated.  Those looking for something ridiculous or obnoxious (sorry, “cool”) will need to keep on looking.  The black and grey look muted and look fantastic as a part of my gaming setup.

The EasySMX ESM-9101 feels comfortable to hold, with faux-grip and asymmetrical motors delivering dual vibration feedback.  Despite housing a 600mAh battery, boasting up to 8 hours battery life off of one charge, it feels light, meaning you won’t feel fatigued mid-way through a long late-night gaming session.  Bonus.

The wireless gamepad works with smartphones (Android 5.0 or above), the PS3 (for those of you still enjoying Sony’s back catalogue), smart TV, TV box and PC.

I tested this gamepad on my PC, laptop and PS3.  On both PC and PS3, the EasySMX ESM-9101 was literally plug-and-play.  It worked out of the box with no experimenting with drivers or troubleshooting. 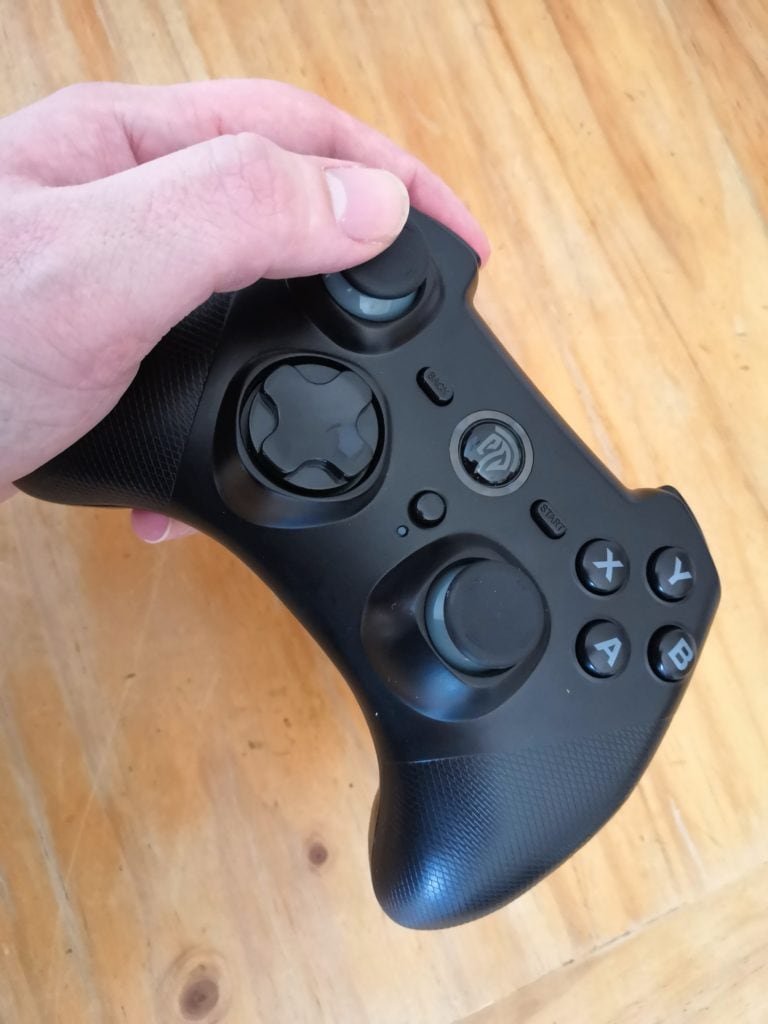 I was expecting this controller to suffer when it came to actually using it.  I was expecting dead zones, unresponsive buttons and lacklustre triggers.  It surprised me to find that it holds up exceptionally well compared to my genuine Xbox 360-style gamepad.  Not once did I feel like I was being hampered by an inferior device and, honestly, once I was in-game I forgot that I was holding anything other than my usual gamepad.

When jumping onto the PS3 with my daughter to play some Little Big Planet, it felt refreshing to stick the wireless receiver into the console and play PS3 games with what is essentially a 360 controller.  This made me feel much more comfortable and I even game it to my daughter to use and she found it much easier to use the thumbstick due to the positioning (her little thumbs struggle to stretch to the PS3’s thumbstick position). 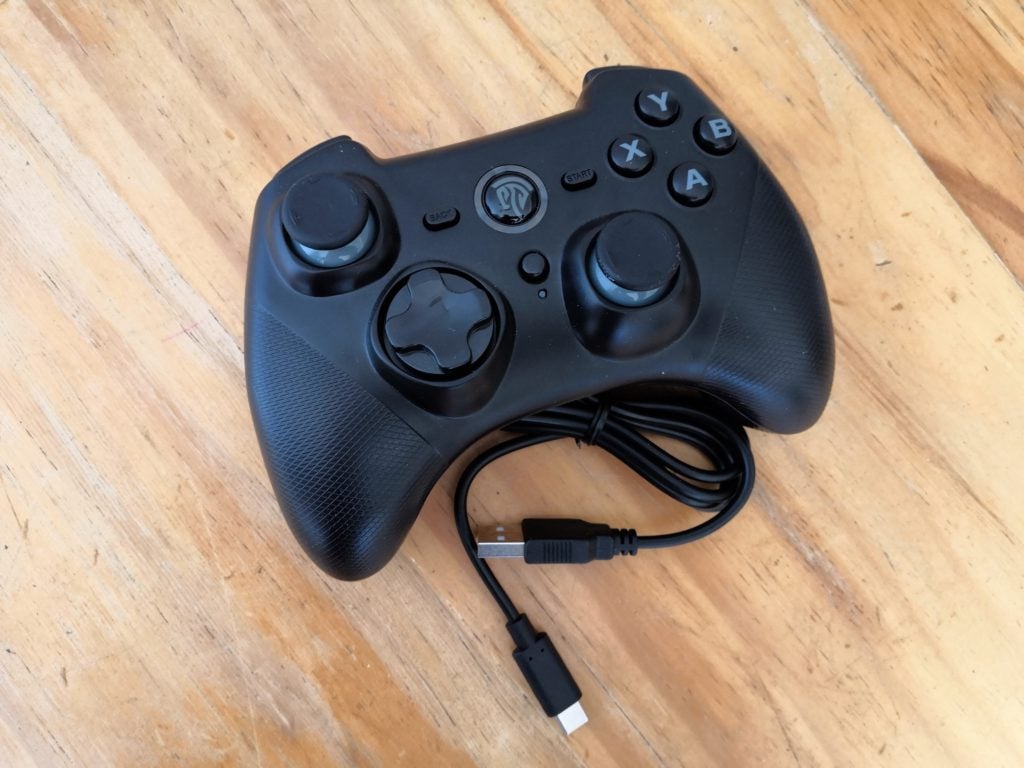 I’m struggling to find any reason not to recommend this gamepad as a viable budget alternative to your favourite gamepad.  Having tested it on both PC and PS3, in first-person-shooters, platformers and sports titles, I noticed absolutely no latency and the experience was on par with my 360 gamepad.

If you’re looking for a replacement for your Xbox 360 gamepad, or if you’re just looking for a wireless controller for your player-two or kids to use, the EasySMX ESM-9101 is well worth your money.  It’s so good, I’ve actually ordered another one to play with my daughter on the PS3.