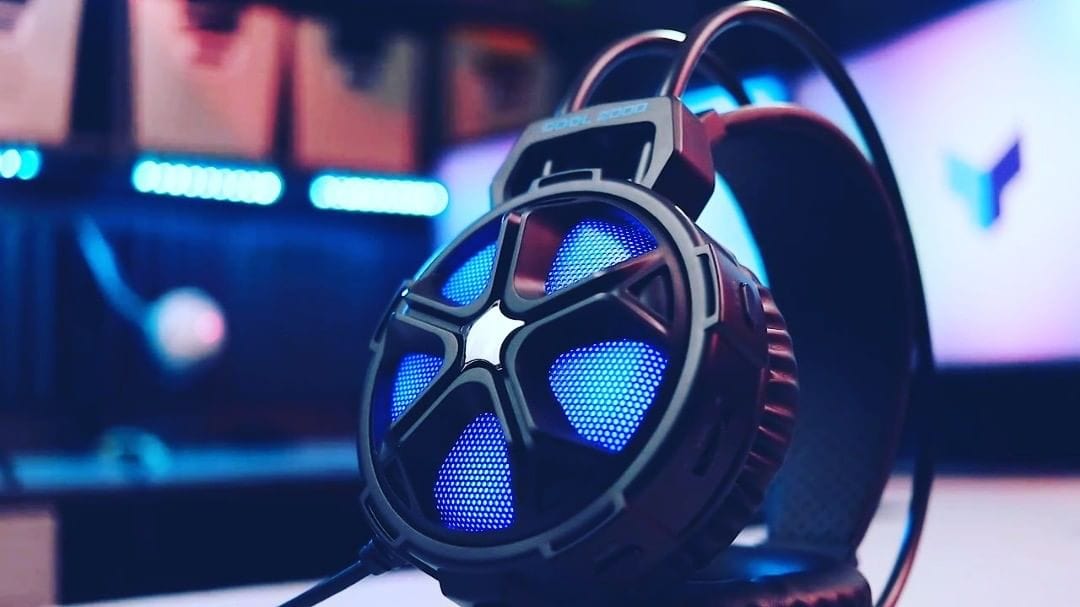 When EasySMX contacted us to review some of their budget gaming peripherals, I was apprehensive.  I’d always shied away from the budget-end of the market when buying, well, anything, instead choosing the cheapest mid-range options I could afford.

Is it possible to get decent hardware for bargain basement prices?  I had to find out.

The first EasySMX peripheral we’ll be looking at is the Cool 2000 gaming headset.  The product name sounds very much like a name my dad would come up with for something he wanted the kids to think was “hip” but, undeterred, I put that aside.

In the box, you get the EasySMX Cool 2000 gaming headset, a two-in-one cable (for gaming on consoles, i.e. PlayStation 4, Nintendo Switch and Xbox), a user manual and an after-sales card. It’s all standard stuff, but the after-sales card is worth noting as it says that if anything is wrong, they’d like to put it right. It suggests that this a company that doesn’t just want to sell cheap hardware and rip-off gamers, but instead, offer value and provide a good service despite their low prices.  The user manual comes in several languages, and the English section is well-translated.

The key points to consider when buying a gaming headset are: comfort, sound quality (including the microphone) and build quality, with design and sound isolation being other considerations depending on your personal circumstances.

When buying a pair of headphones, how they look is probably quite low on the list of priorities unless you’re a streamer with a public image to establish and protect.  Given that headphones are, well, on your head, you’ll spend very little time actually looking at them. 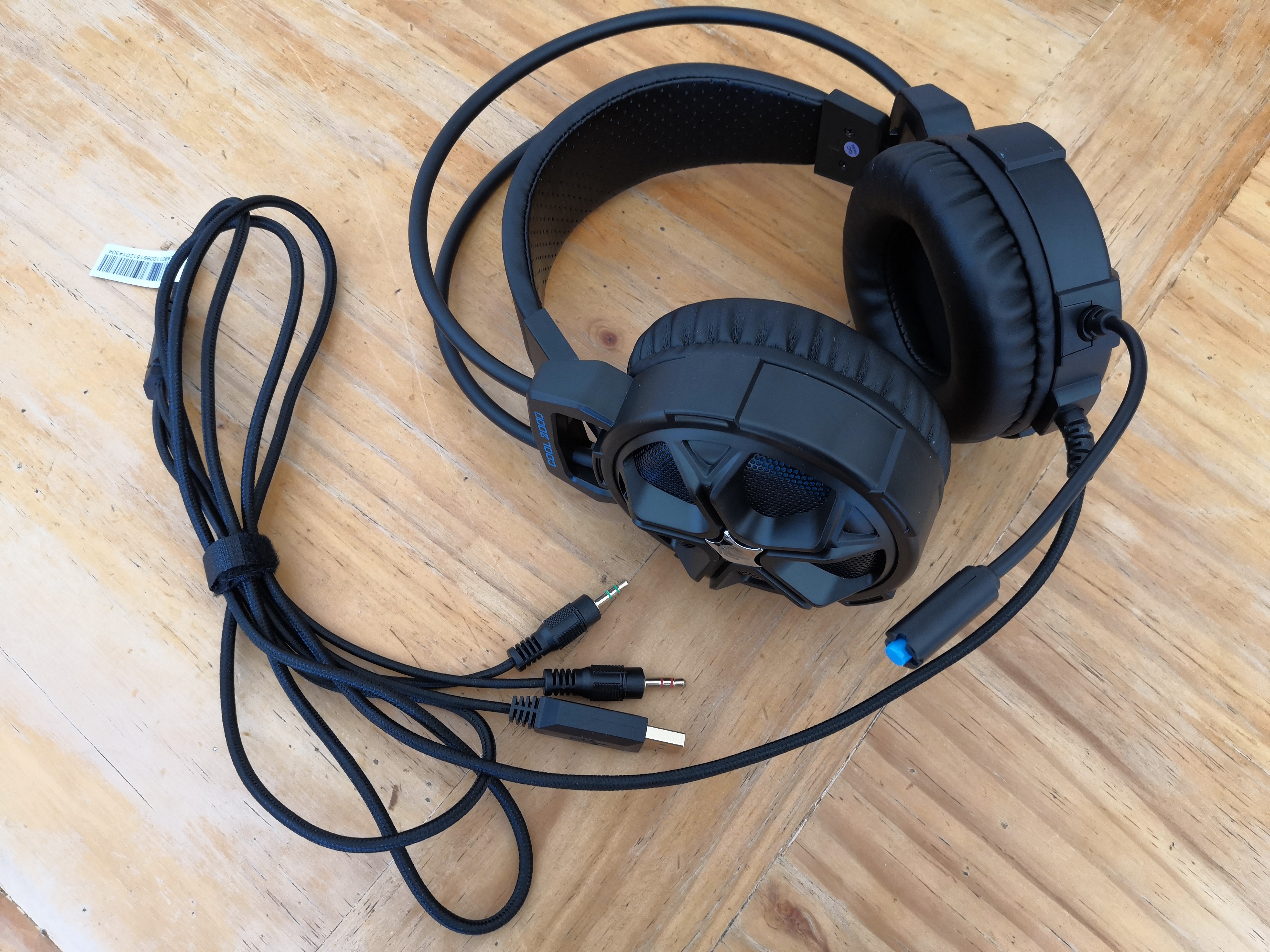 Design-wise, the EasySMX Cool 2000 gaming headset seems to cater to a very specific audience.  This is not an understated headset; it is bold, lights up (blue, red or green, depending on which set you pick up) and is very much designed to complement a similarly loud RGB setup.

On the left cup, there is an LED button (along with volume control and microphone mute control), which gives various options for the cup lights, producing various pulsing effects.  While I couldn’t see the ear cup lights while gaming, I found the microphone light to be distracting; having a piercing blue light hovering just within my line of sight just didn’t work for me.  Admittedly, I do not have an RGB-lit setup, so if I had a lit keyboard, mouse and monitor back lights, it may not be as obvious. 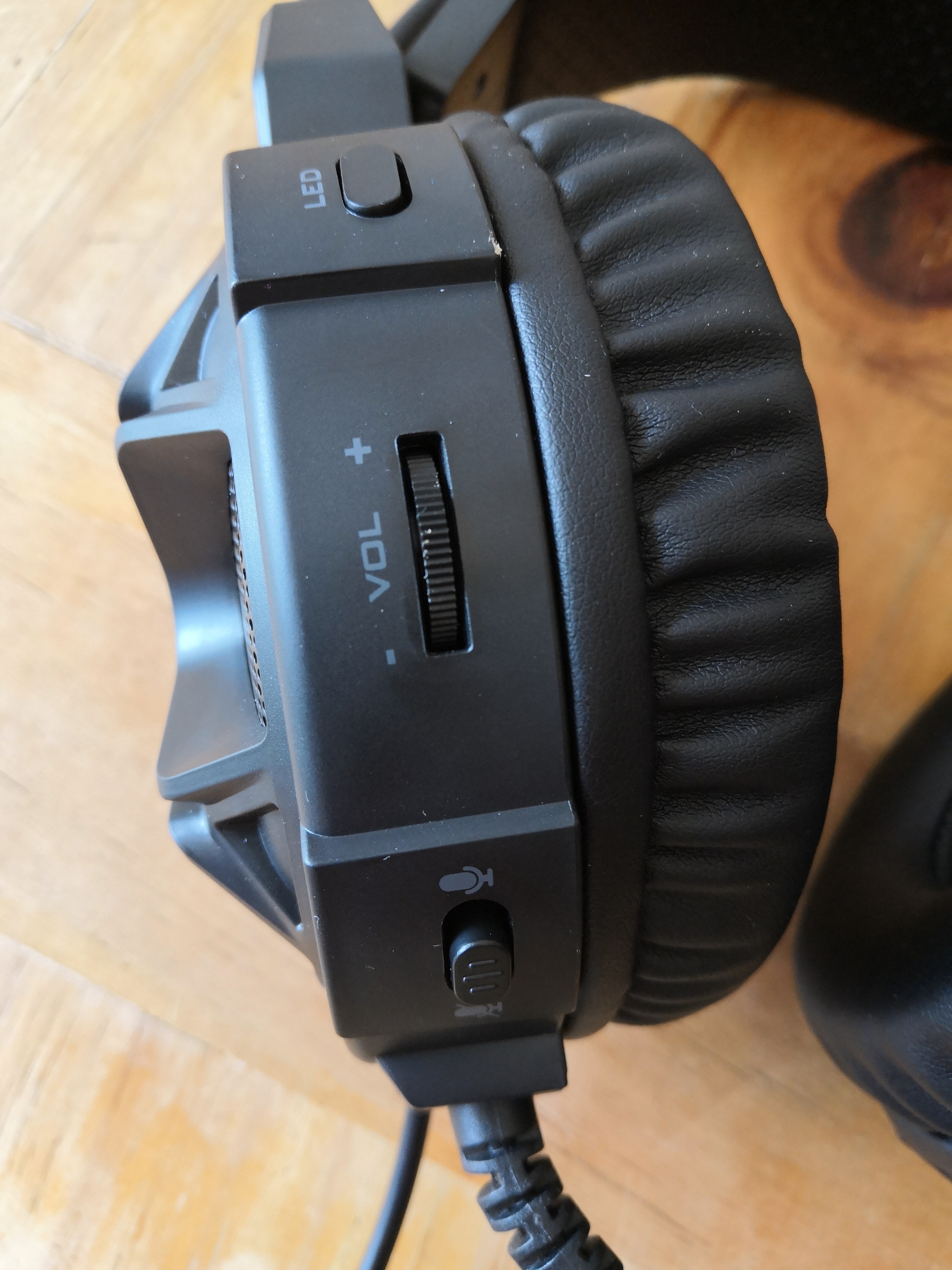 The omnidirectional microphone stalk is flexible along its entire length, which allows it to be positioned exactly as you’d like.  It’s a nice touch.

Overall, I feel that the design is more aimed towards a younger, teenage audience, but it could also tick boxes for some adult gamers.

While I tried to come into this review with a fresh pair of eyes (or ears), I’ll admit, I expected this headset to fall down at this first hurdle. How can a £10 pair of headphones possibly have decent sound?

I was pleasantly surprised.

The sound is good (not just decent or passable) and can be very loud if needed on the PC.  It performs very well in the high and mid-ranges.  Bass is present but not as impactful as with more expensive headsets.  With that being said, this headset undoubtedly punches well above its weight.

The microphone is clear, benefitting from the fact that you can position it perfectly to capture your voice.  You wouldn’t use it to record a podcast or voiceover, but then, why would you?  It’s perfectly adequate for its purpose.

The EasySMX Cool 2000 gaming headset has generous (read: large) ear cups with faux leather padding.  They’re comfortable and do a decent job of blocking out external noise.  One point worth noting is that the moulded frame of the headphones means that the cups cannot be adjusted to tilt forward or backwards, which caused pressure to the top of my cheekbones.  They were never uncomfortable or painful, but I was aware of the pressure.

There is a large headband that adjusts as you put it on your head, rather than manually clicking the headset into a comfortable position.  The plastic banding connecting to the headband feels cheap but doesn’t seem to be under any real pressure so I’d expect to get good service from it.  The fit itself feels loose but when you go to adjust the headset, you realise that it’s actually firmly planted.

Again, another point that I thought would be compromised by the price point of this headset, but I was surprised.

The overarching wide headband is made of plastic-coated metal, providing a robust feeling.  The cups themselves feel solid and the generously long braided cable should give extra durability.

Before I give my final verdict, I’d first like to give a bit of context to this review.  I am not a gamer who has to have the best of everything.  I used to use my Audio-Technica ATH-M50X studio monitor professional headphones for gaming and zip-tied an Xbox microphone to it for multiplayer sessions.  More recently, I was gifted a HyperX Cloud Stinger headset, valued at about £30.  The sound isn’t as crisp and the bass isn’t as impactful as with my studio headphones, but they’re still a great pair of headphones and what I use for gaming daily. 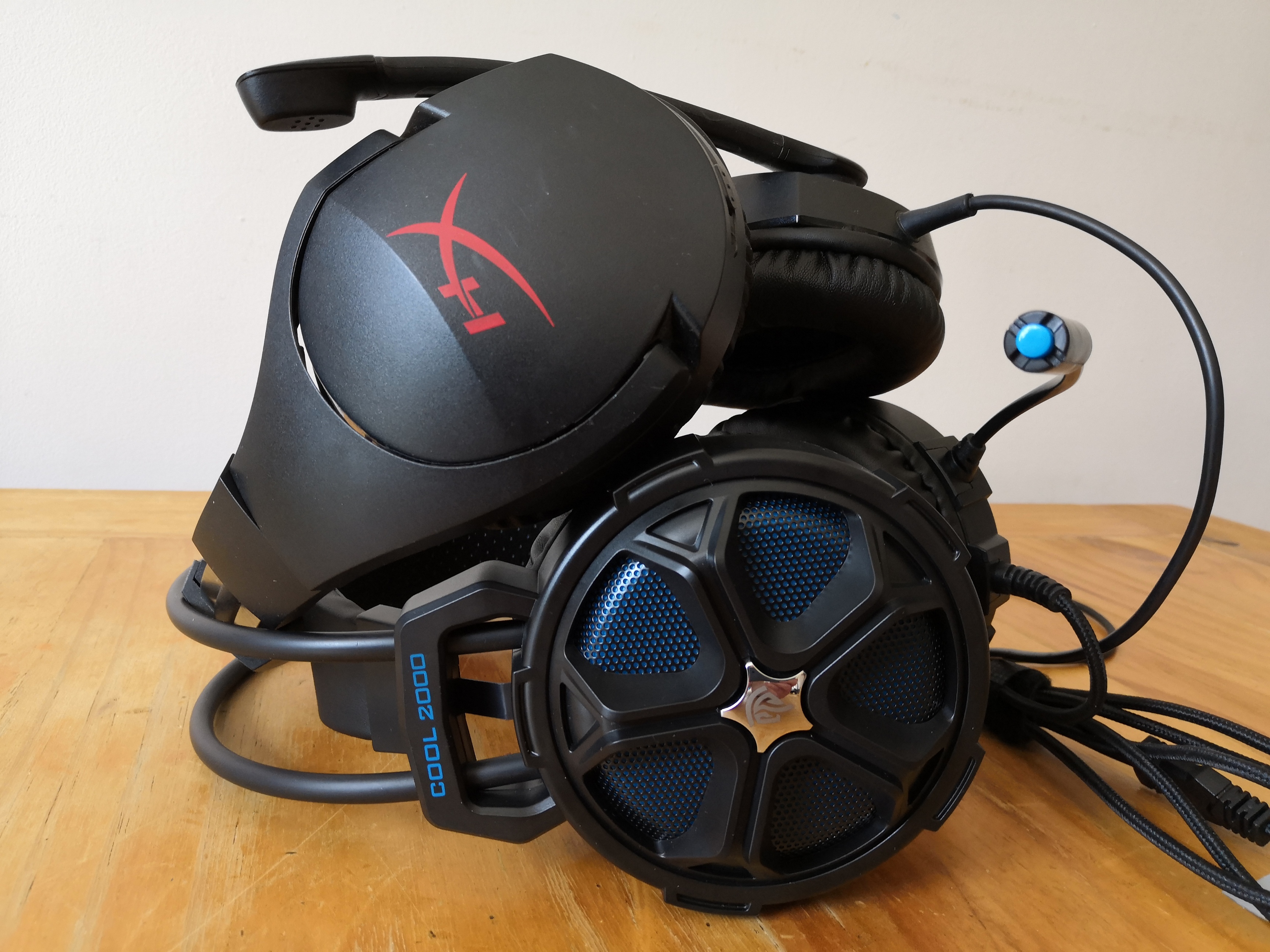 The EasySMX Cool 2000 gaming headset is perfectly adept at what it was designed to do.  The sound quality is good, particularly for the low price point.  The design will fit with some people’s blue-lit gaming setups.

Under no circumstances would I recommend that you outright avoid this headset.  If you have £100 or even £50 to spend on a headset, you’ll find better options, but if you’re looking for a cheaper headset for your child, a gift for a teenager or just a backup pair for gaming on the go, you could do a lot worse than the EasySMX Cool 2000 gaming headset.  It punches well above its weight and is much better than it has any right to be.

If you have a low budget but still want a decent headset, this is the one you should buy.