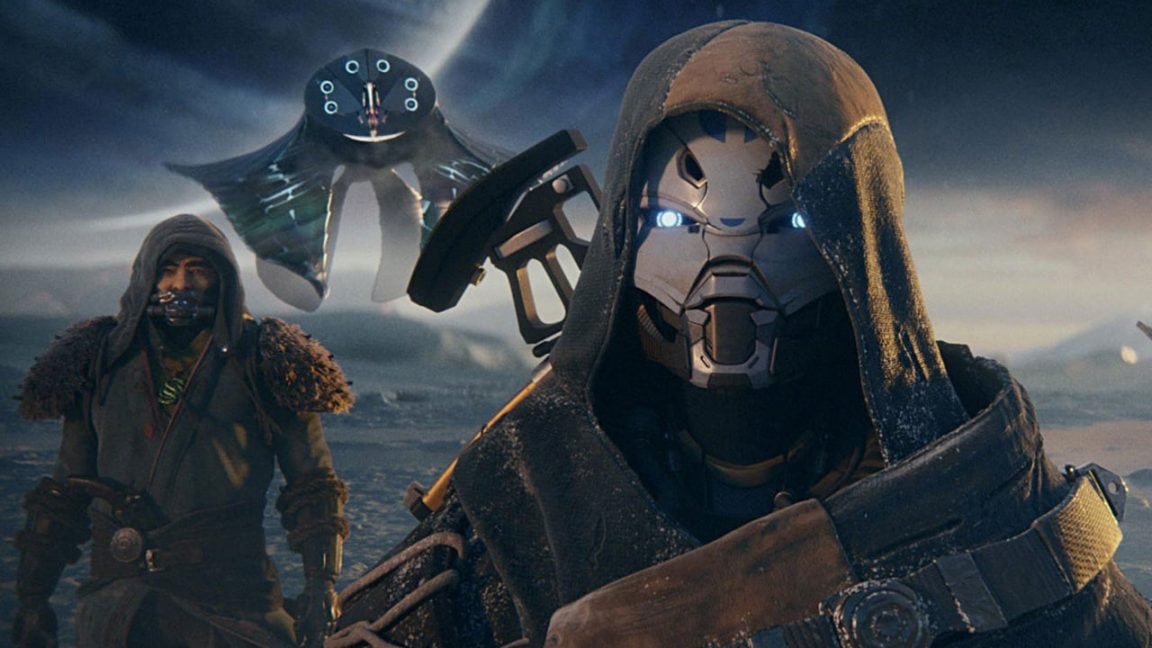 I have had a love/hate relationship with the Destiny franchise for the better half of a decade. A franchise that, at its core, is one that continually strives to live up to its potential. If that’s true, then its even more true that Destiny’s potential is also equally, and constantly squandered by poor design.

All you have to do is look to the current state of Destiny 2, and its recent release of Beyond Light to see exactly what I’m talking about.

Truth be told, I never wanted Beyond Light to be anything but what it deserves to be. I’ve been so excited to visit Europa, to re-experience exploring the Cosmodrome, and to wield the power of the darkness that I foolishly couldn’t have imagined I’d be disappointed. Where some things have certainly improved, other areas of the game have suffered massively.

Now, on paper (or in this instance, patch notes) everything honestly looked great. There were a lot of positive changes to the various in-game economies. Redundant planets, and their surrounding content were being phased out in an effort to keep the game’s install size down. While simultaneously introducing the frozen-moon Europa, and bringing back the Cosmodrome from Destiny 1. 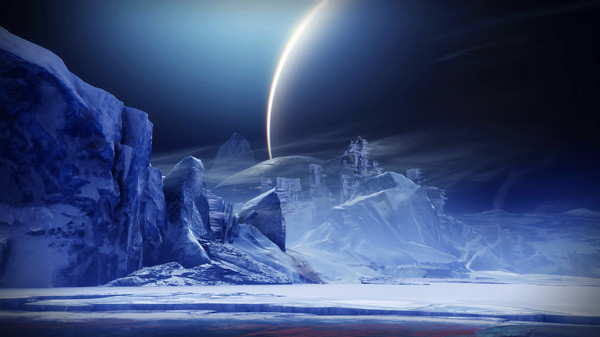 But wait there’s more! A whole new darkness-themed subclass, allowing you to wield the power of stasis! Which ultimately boils down to ice powers, but man its pretty dang fun freezing, and shattering people. The final piece to this smorgasbord of new paid content, was the tease of new weapons, and armor sets to go along with our riveting new powers. The new gear was a big focus of the public’s eye, because the developers made the choice to “sunset” a lot of the weapons that all of us had been collecting for the better part of 4 years.

For Guardians That Always Win, We Sure Lose A Lot.

The thing you need to remember here is that “Sunsetting” is the concept of making some, or all of the harder-to-balance pieces of gear irrelevant. Mainly by making them impossible to use in harder content, since they won’t be providing the raw stats that you’ll need against tougher opponents. This would have all been fine, and dandy if the gear being sunset wasn’t literally everything from the first 8 seasons. 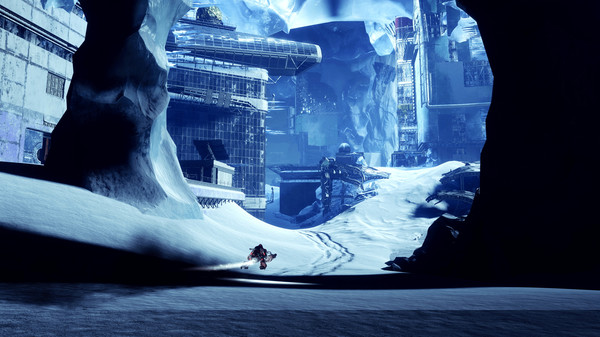 As it stands right now, there is almost literally zero reason to buy the Forsaken expansion. As none of the gear is usable outside of the dozen pieces of exotic weapons and armor. Shadowkeep doesn’t fair much better; sure you’ll get the moon destination, and its impressively-gorgeous craters to explore, but what’s the point when the loot won’t help you in Beyond Light.

When the first expansion released, it brought with it a complete vendor refresh. All the gear they had been selling the year prior, was now new, interesting, and exciting to obtain! Fast forward a year to the next expansion “Shadowkeep”, and the community was disappointed to see the vendors still selling the same old loot they’ve had for the past 52 weeks. Well, imagine their shock when Beyond Light also failed to refresh any of the core vendors that make up at least half of the sources you obtain loot from.

Personally, it’s kind of a slap in the face to lose the viability of 75+ weapons, and armor. To then only be given around 25-ish new pieces of gear in return. Less than that if you aren’t able to beat the new Raid, or achieve 7 straight wins in the hardcore PvP mode “Trials”.

Thankfully the story does a decent job of guiding you through Europa, and the acquisition of acquiring the darkness power on top of being a decent tale in its own right. You set out to save an old friend during an uprising from within his own race of the “Fallen”. The new leader of this insurrection has gained the power of stasis, and it’s you’re job to stop her by fighting ice with ice. It’s nothing you haven’t done before honestly, and is slightly hurt by the campaign being short, and padded with grind to artificially extend the length. 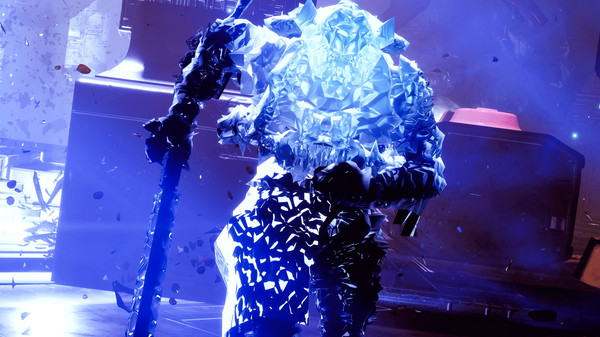 While there aren’t any meaningful twists, the main villainess has just enough character growth to make her an interesting character through to the end. The inclusion of fan-favorite character “Variks” from Destiny 1, is a personal high note for the campaign; of which good writing, and voice-work went a long way to flesh out the motivation behind your unrelenting obedience to carry out everyone else’s personal vendettas.

Post-story has you bumbling around Europa doing side-quest after side-quest, and having you explore honestly interesting places for the most uninteresting reasons. Kill 25 of these with precision shots, kill 50 of these within a certain location, and harvest 25 planetary materials. None of this kind of design caters to Destiny 2’s strengths, especially when all I want to really do is get to the more challenging PvE, and PvP experiences.

What makes these activities somewhat bearable are the ways you can mass-freeze and shatter enemies. Even bosses, to some degree become chilled, and stop long enough for you to deliver a shattering “thwack!”. It’s not just your supers that reinforce this play-style; your class’s new grenades, and melee options are the bread, and butter of your ability to cause frigid arctic havoc.

Whether you’re charging an enemy to deliver a glacial punch, or creating a blizzard-like vortex storm that sucks in enemies for a quick flash-freeze, this new playstyle lives up to the fantasy that the trailers portrayed. In a space like Destiny 2 that revolves around damage-based metas, this kind of gameplay caters to crowd-control over damage in both PvE, and PvP, of which I find massively refreshing.

I must say though, the folks behind Destiny 2’s art direction aren’t being payed enough. Europa is an outstandingly beautiful frozen wasteland, punctuated by gusty blizzards that obscure visibility, and slightly hinder control. There’s a reason that even Destiny 1’s visuals still hold up to this day. It’s because of how the savants at Bungie put art, and pixels together better than most other studios out there. Whether you’re in a drafty abandoned laboratory, or out exploring the run-down Russian Cosmodrome, Bungie’s track record for a meticulously lived-in design remains apparent. 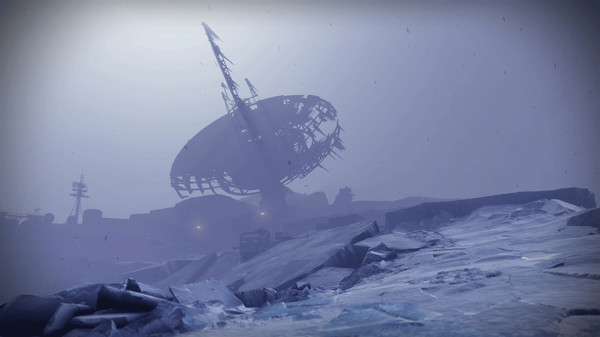 It’s funny though, because the more I play Beyond Light, the happier I find myself with it. It’s strange, because I know there’s quite a bit wrong and missing, I just can’t help but be a fan of the worlds I’m in, with the Guardian I’ve identified as over the past 2 years. Going into this review I was keen on telling you all to stay away until things improve.

However, I actually feel like I can realistically recommend Beyond Light if you’re a big enough fan of the franchise. The kind of Destiny fan that is heavily invested for one reason or another, like if you’re me, and addicted to the PvP combat in the Crucible. There are indeed a smattering of smaller improvements too that have to do with making viable builds for your invested late-game character. As someone who IS so heavily invested, it’s changes like those that I’m able to appreciate.

At the end of the day, Beyond Light feels like a Destiny 2 version 2.5. A lot of things were stripped back, albeit poorly, in an effort to enhance and focus what is left. If you can look past the “poorly” part, then you may just find yourself grinning at the possibilities that may one day arrive for a game like Destiny 2. Where light, darkness, space magic, and the bursts of a muzzle flash meet.

Destiny 2: Beyond Light is available on Steam, and other retailers for $39.99.