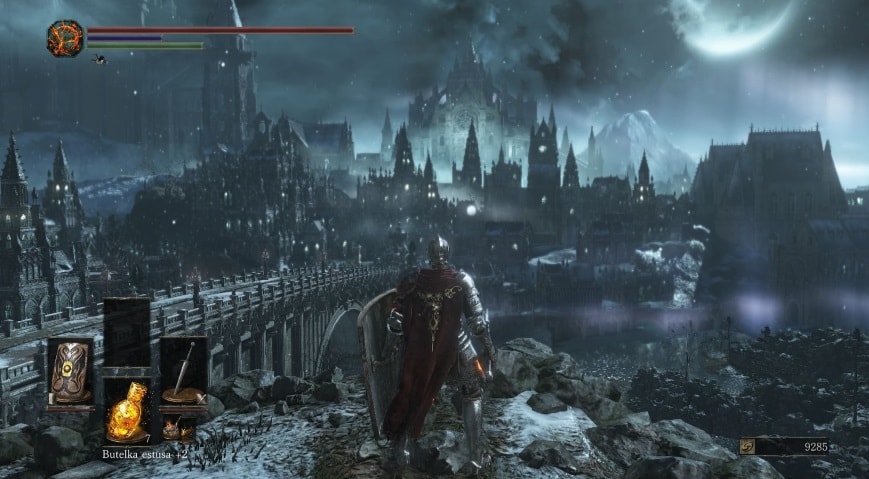 BY GRUBERCORP & MERCES91: Dark Souls 3 was released on March 24, 2016, and is possibly From Software’s final contribution to the Dark Souls series.  On release, it was a commercial success and went on to win Game of the Year at Golden Joystick Awards 2016.  But, two years later, does it still fare as well after the release so many imitators who have tried to master the Dark Souls formula?

Merces91 and I grabbed this game by the balls, gave it the signature Neo beckon and uttered the immortal line of Duke Nukem, “Come Get Some.”

What followed was around 40 hours of gaming, rage quits, profanities (mainly Merces91) and maybe a tear or two (mainly me). But as we sit here now, we are both asking each other the same questions:

Was it worth it?  How does it stack up to its predecessor?  How many arrows can one person be hit with until they are technically a porcupine? 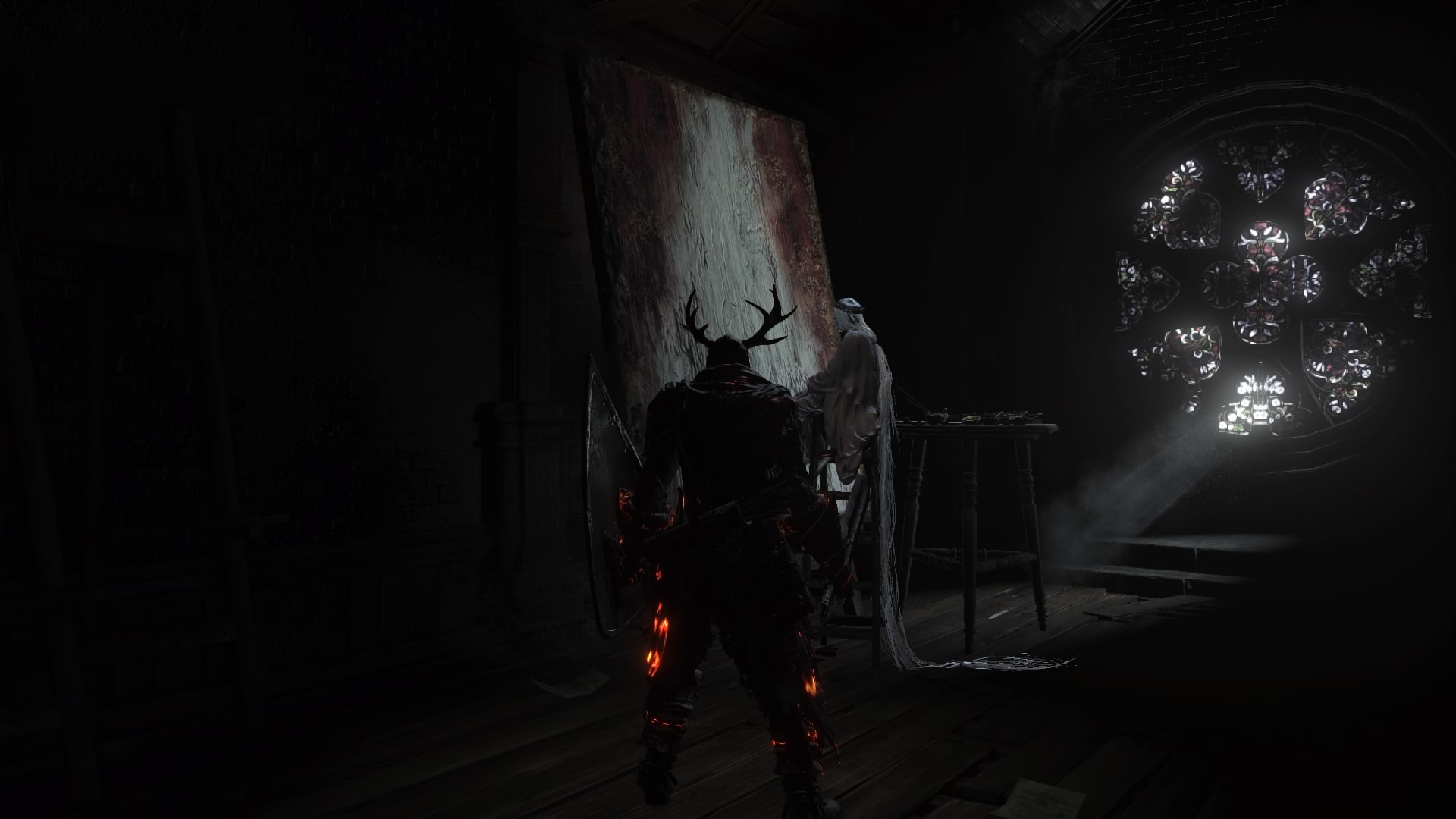 As always in the Souls saga, we awaken as a cursed being, we don our minimal armour, pick up our meek excuse for a weapon, and begin our path to glory with only a whisper of a storyline. This minimalist beginning should not necessarily be considered a bad thing; the story can be as big or as small as you make it. You may find yourself completing this game and then asking ‘what was all that for?’ but herein lies the brilliance of the Dark Souls 3. Within the walls of the game is a complex, deep and fascinating story that will draw you in and leave you asking for more, should you want to put in the effort to find it.

In Dark Souls 3 we faced some of the hardest boss battles to date. The Dancer will leave even the strongest willed player reciting the 5 Ds of Dodge and praying for just one more Estus Flask. Whereas the Deacons of the deep gave us a chance to unleash hell and Smite the weak.A standout achievement of this instalment in the series is the final boss. This brings with it an arsenal of variance that is a perfect way to end the game.

All in all, the bosses within this game are a delight to behold, if not a challenge, and all bring their own signature methods to make you cry or just wanting to punch your television. The generic enemies throughout the game, however, can become slightly formulaic. At times this does seem to be a hark back to a simpler time of gaming, where evil entities will move 10 paces, pause, swivel, move 10 paces…repeat…repeat. That being said, soon enough you will be falling at the feet of Ghrus and be praying for a simpler time once more. 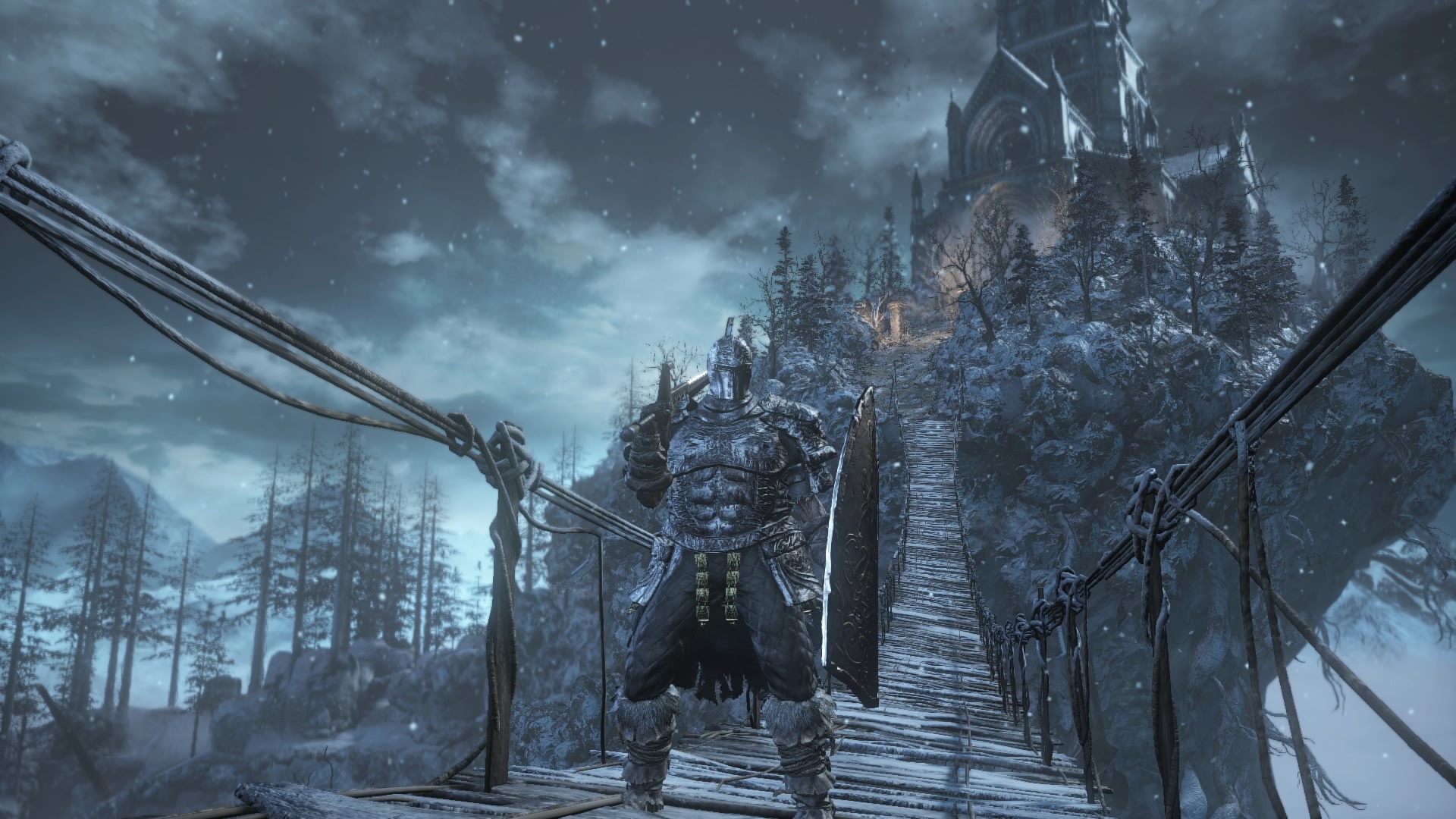 The map itself is quite a spectacle to behold, and moving away from its predecessor, cannot all be accessed within walking distance of the safe sanctum of the Firelink Shrine. Each area brings with it its own individual persona and, at times, Merces91 stopped in his tracks to enjoy the incredible scenery created by the design team. After your first encounter with Vordt, you reach the pinnacle of scenery. Eagle-eyed players can view the buildings that have been conquered, and the storm clouds surrounding areas yet to bring devastation and destruction.

From beginning to end, we encountered NPCs and bosses with entire backstories and personalities to delve into. Siegward of Catarina is but one of our favourites: a man who can slay Fire Beast and Giant alike, all while donning his trademark Onion Armour. He has, however, not yet managed to work out how to fully operate a lift. We found ourselves annoyed upon meeting Unbreakable Patches and Merces91 did his best to put his name to the test. We do both have to admit that as two grown men in our mid-twenties, we shared a giggle when the fire keeper asks us to ‘touch the darkness within her’.  We couldn’t help it.

A word of warning for those new to the Dark Souls series: Dark Souls 3 utilises a facility called ‘invading’. This is the ability for other online players to invade your game, usually at the most inopportune moments, and challenge you 1v1. This adds an entirely new caveat to the game which can be as much fun as the story itself but, as Merces91 and I found out, it probably will happen when you least want it to, and you will be left wanting to get swift vengeance against all who stand in your path. 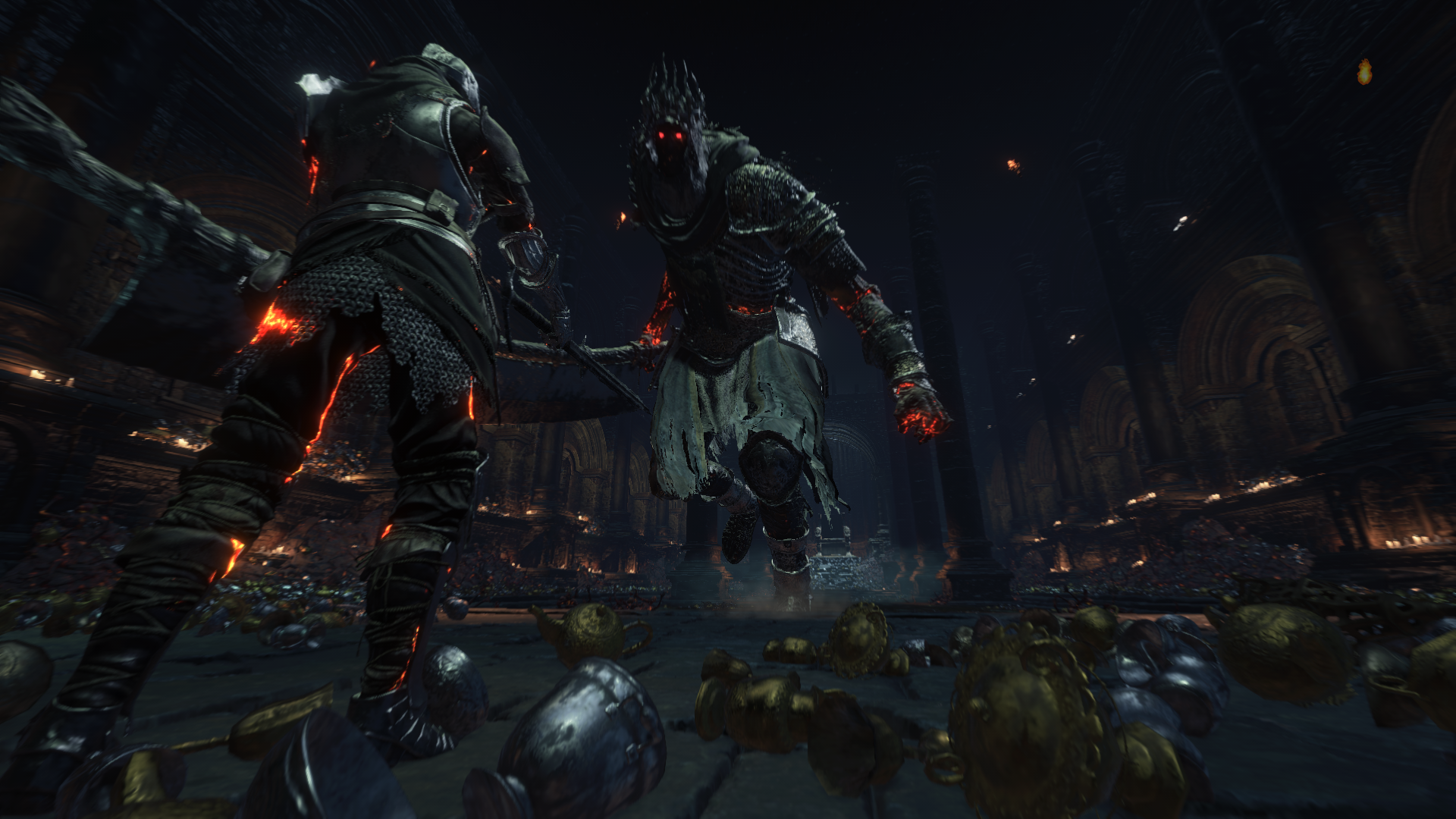 After it all, would we recommend Dark Souls 3 after all those tiresome hours, countless deaths and the feeling like you will never beat that one boss?  Without a doubt! Buy this game and buy it now. With the complete DLC released and the bugs ironed out now is the time to buy.