It’s refreshing to know that some game developers still care about singleplayer adventures in this AAA Games-as-a-Service world of today. Remedy Entertainment is up there as one of my favorite developers. Creating such classics as Max Payne and Alan Wake. Fully fleshed out singleplayer adventures with interesting and gripping storylines. On August 27th, 2019 Remedy Entertainment released its latest adventure “Control” for the Xbox One, PS4, and PC (published by 505 Games).

Control is a third-person action-adventure video game set in a world where a Federal Bureau investigates and researches paranatural phenomena that defy ordinary reality. This bureau is called FBC or the U.S. Federal Bureau of Control. You play as Jesse Faden, who is looking for her brother who has been lost for many years. Upon arriving at the FBC headquarters in NYC, Jesse discovers that the FBC has been invaded by a hostile force known as the Hiss. You discover that the director of the FBC has committed suicide, and when picking up his sidearm, known as the Service Weapon which is an Object of Power, Jesse becomes the new director of the FBC. As the new Director, it is now your job to take back control of the FBC from the Hiss. 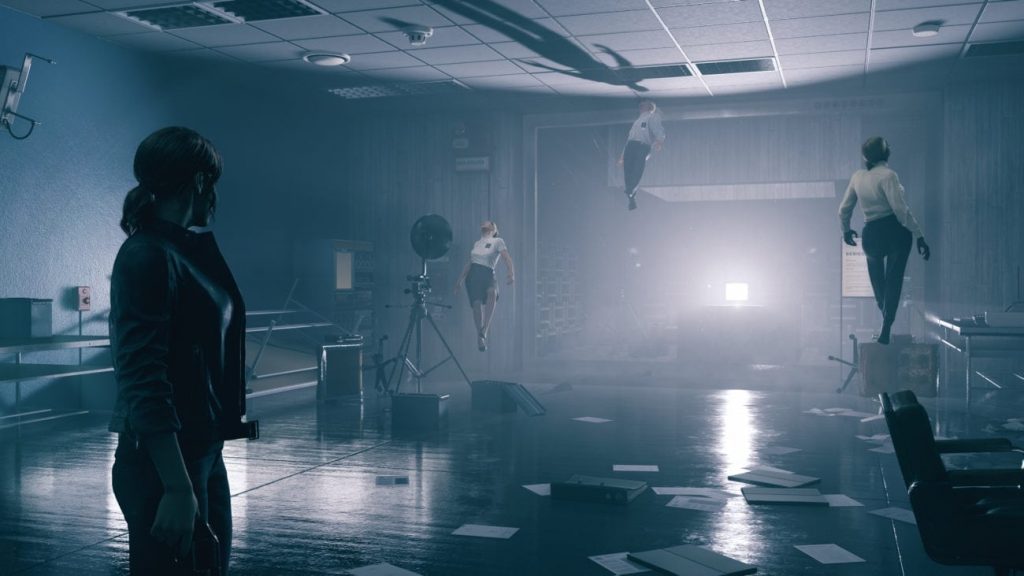 When Jesse becomes the new director, she discovers that she has new abilities. Not only is the Service Weapon a powerful weapon, but you can also manipulate objects and space. Throughout your adventure, you’ll come across Objects of Power, which are items that have been tainted by paranatural energy. These objects of power will give only select few individuals (known as parautilitarians) paranatural abilities. These abilities include floating in the air, launching objects Jedi style, speed dodging, shields, and seize enemies under your control. Not all of these powers will be unlocked during the main missions. Some of them are considered optional and can only be found during side missions if you so choose. The powers you will get during the main storyline are enough to beat the game.

Missions are left for you to decide on when to partake in. Control is a semi-open-world game where you can explore as you see fit and take on as many side missions as you choose. Or you can just follow the main story and choose not to partake in any side missions. Though, it should be noted that some areas will not open up until you complete the main storyline missions. Exploration is encouraged in Control, in doing so you will find many side missions, boxes to open that contain MODs or Materials for crafting, and documents that can be read to further understand what is going on in the FBC. As you explore you will find control points, once cleansed of Hiss, can be used to fast travel around the FBC, spend points for abilities, and craft new weapons and MODs. MODs can do many things, like increase damage for your Service Weapon, give you more health, or lower the cost of your abilities. You can only have three personal MODs and three weapon MODs active at a time. The rest can be destroyed for crafting materials. You will come across duplicate MODs so don’t feel bad for destroying them. 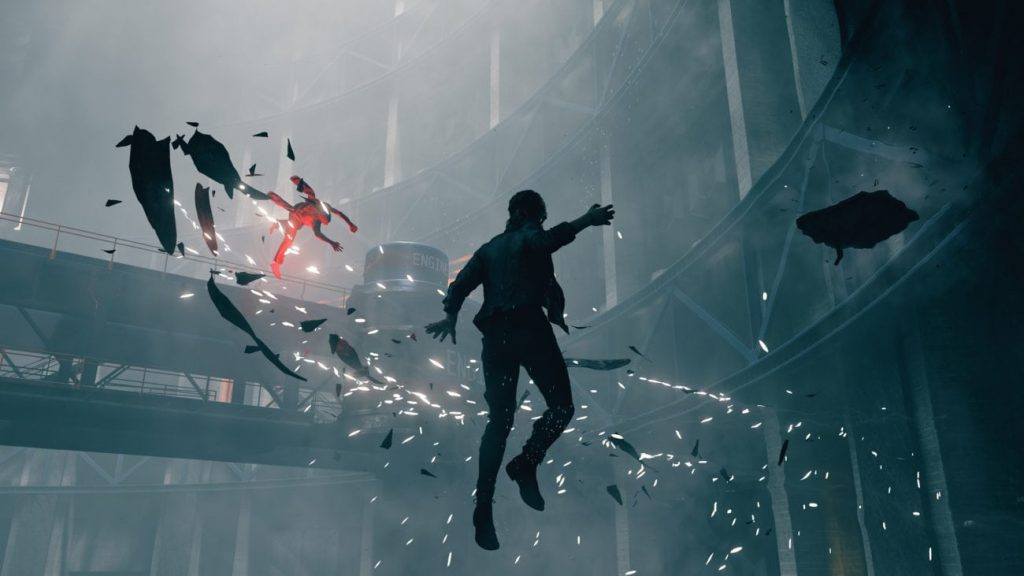 Gameplay in Control consists of exploring the FBC, fighting the Hiss, and figuring out what the hell is going on. Fighting, of course, is where things get interesting. There are many different types of Hiss controlled enemies. And it never gets old using the ability to throw objects at them. It makes you feel like a Jedi. You can rip objects off the wall or a piece of the wall itself and launch it at the Hiss. If you upgrade this ability to its fullest, you can even throw enemy bodies and very heavy objects at the Hiss. You can even kill and throw a low health enemy with this ability. It never got old using it. I found the combo of throw objects, dodge, and using the Service Weapon suited my playstyle just fine. The Service Weapon looks like a pistol that shifts. It has unlimited ammo but needs time to recharge when you use an entire clip. The Service Weapon can be crafted into different types of weapons. Such as a shotgun, sniper rifle, or machine gun. The gun itself doesn’t change much when you craft these other weapons. It still looks like a pistol with a small change in its look when it shifts to the different gun modes. You can upgrade each of the gun modes to put more MODs in them. The Service Weapon may look like just a pistol but it is powerful, headshots kill enemies quickly and MODs can make it even deadlier.

Control is fun to play, and using the Jedi like powers is awesome. But the game isn’t perfect. I was playing the Xbox One version and it had performance issues. Textures would take a while to load, I’ll be looking at something and had to wait 10 seconds for the object to load and come into focus. The load times are ridiculous when the game loads to your last checkpoint after dying or fast traveling. Checkpoints are not well placed or thought out. You could be in a boss battle and die then you would load from the last control point you found. Running all the way back to where you died. More than often badly spaced out checkpoints got pretty annoying. And the game hard crashed on me once. Keep these issues in mind if you decide to pick this game up. 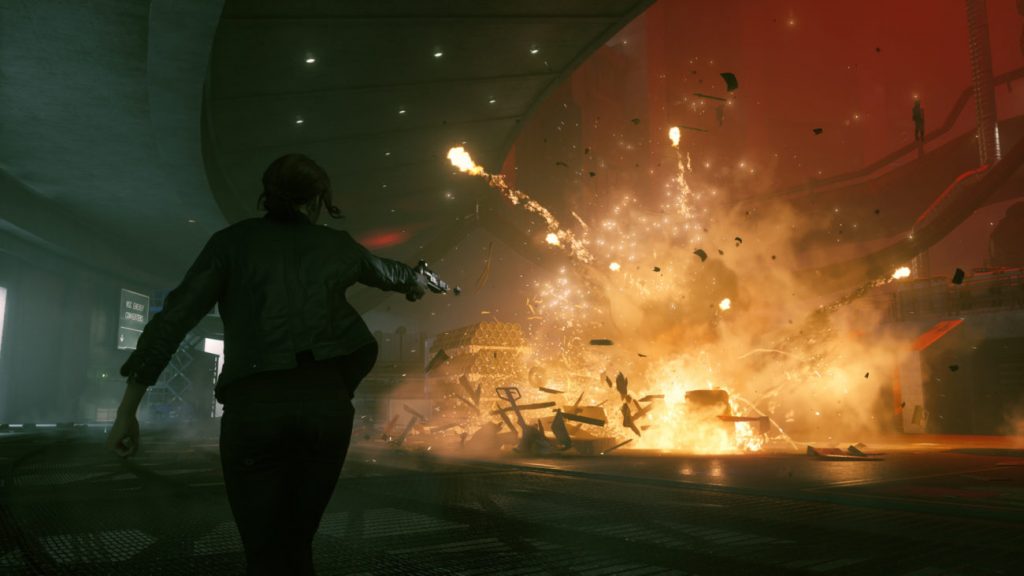 Overall Control is a much better game than their previous game Quantum Break in terms of gameplay. Though I found the story to be more interesting in Quantum Break, at least Control doesn’t stop the action to watch a TV show. I found the action bits to be thrilling and challenging enough. Though the performance issues can be an issue for some people. It was annoying but not enough to make me quit playing.

I also read something that said the Hiss was like the enemies in Alan Wake, almost like they were the same thing. Also, the voice actor for Alan Wake plays a major character in Control. It feels like Remedy wants to tell us that these two games fall into the same universe. If that was true, it would be pretty awesome.

If you are looking for an interesting story, fun Jedi like powers gameplay, and open-world exploration. Then consider picking up Control.