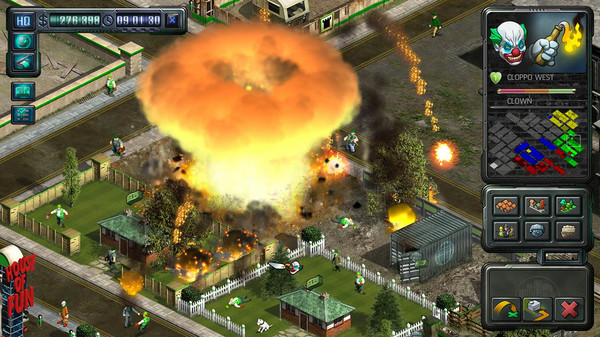 BY CRISTIAN PUSCASU: Here’s the scene: you’re a mob boss looking to get into the real estate business, starting from the humble beginnings of wooden shacks before building a portfolio of lavish mansions.  It goes without saying that along the way you will ensure that your competition fails – having them sleep with the fishes is purely optional.

Sadly, Constructor is a game with great potential that under-delivers.

You start with a bunch of cash and a small piece of land on which your HQ sits gloriously. A bunch of workers led by a foreman sit outside and are waiting for your instructions to either build something, gather something or upgrade something. You build yourself a sawmill, gather a bunch of lumber and buy a new piece of land. You make a log cabin and move a tenant in. 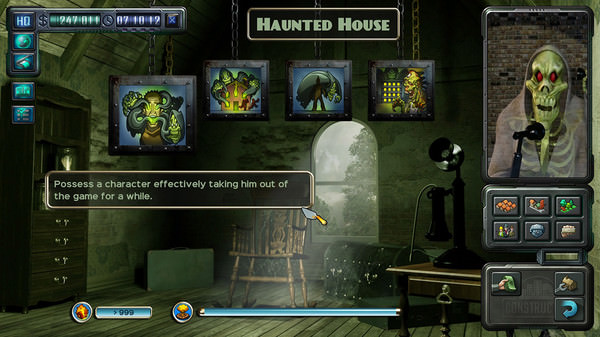 How do tenants make other tenants or workers?  Babies.  Lot’s of babies.  Babies destined to either work for you or reside in your building until their dying day.

Houses can be upgraded with amenities and improvements such as double-glazed windows or computers.  Each upgrade have benefits that boost stats or improve the life of your tenant.  Double-glazed windows, for example, cancels out the noise of nearby factories, while a calculator makes smarter children.

I wasn’t a huge fan of the art style; the combination of cartoony 3D cutscenes mixed with traditional strategy graphics isn’t a great blend.  The world is too brightly colored and it doesn’t meet expectations.

On the plus side, the controller support is really good, so much so that it was my preferred method to play the game.  Mouse and keyboard play felt cumbersome by comparison. 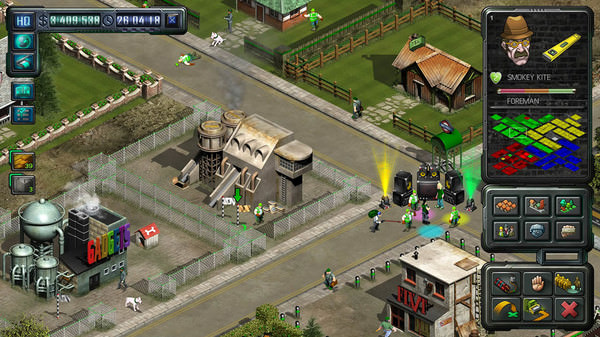 The audio is lacking, and sometimes even annoying. When you click on a building or unit it makes a sound – not a suitable subtle sound in keeping with the building, but a random human grunt.  It gets very annoying very quickly. The music was nothing extraordinary but it suited the mafia premise well enough.

I came across more than a few bugs during my time with Constuctor, even in the tutorial.  At one point the tutorial refused to allow me to continue despite having completed the required steps, leaving me frustrated scratching my head.

The biggest issue with Constructor was the AI.  Call me paranoid, but every time the AI seemed to go on the offensive their actions seemed to be directed at me.  Being able to watch the AI undertaking gang wars on each other and forming uneasy alliances as a result would have added more depth and would have helped with realising the mafia premise more convincingly.  As it is, Constructor just feels hollow.

Constructor is bad.  Despite being a remake of the 1997 classic, this version 20 years later fails to deliver, much to the disappointment of long-time fans.

The mafia premise should have added depth and allowed Constructor to have been different enough to stand out from the competition.  Sadly, the promise is wasted.  Constructor pales in comparison to similar city-building-management titles available for substantially less than Constructor’s $30 price tag.

If you have fond memories of the original then do yourself a favour – cherish them, don’t sour them by playing this reboot.