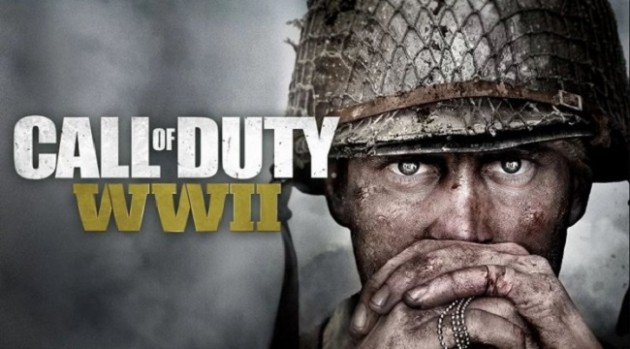 The latest yearly adventure from Activision has gone back to World War II. Call of Duty: WWII was released on November 3rd, 2017 for Xbox One, PS4, and PC. Was it worth returning too after seven years? Let’s find out…


I will admit I haven’t played a Call of Duty game since 2010’s Black Ops and before that Call of Duty 1 & 2 from the early 2000s. You can say I am an old school CoD player, not a fan of the series who buys every release each year. So I have experience with the franchise, but not with the recent titles. I wanted to return to Call of Duty because they were finally going back to their roots, World War II. But after playing it, CoD: WWII still feels like recent CoDs and very little has changed. 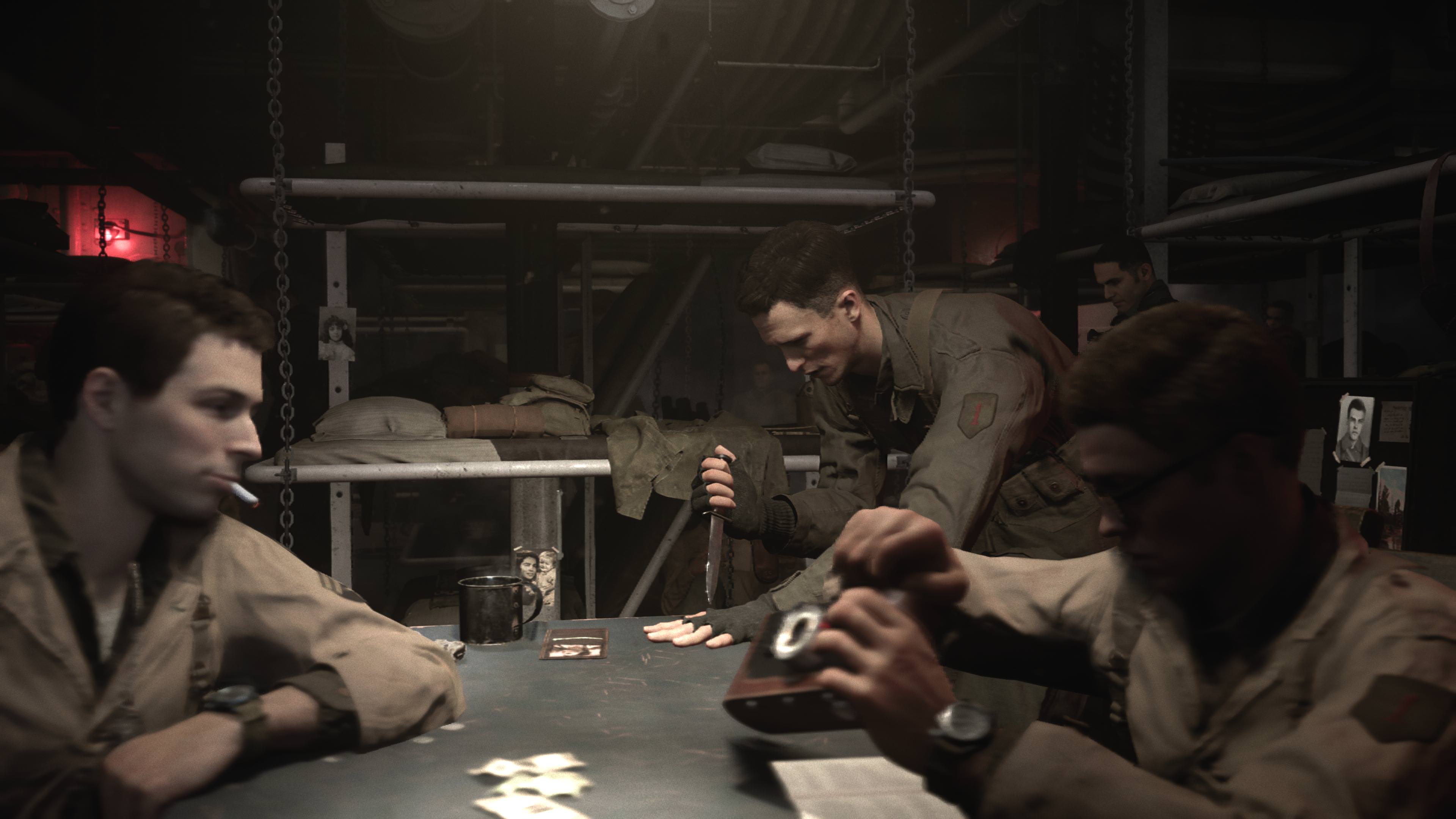 Let’s start with the campaign, the game starts off being narrated by Private First Class Ronald “Red” Daniels. This is the character you will be playing, as you’ll see the game through his eyes. You are introduced to your squad mates before the launch of D-Day as they play a game of cards. After a quick briefing, you are then thrown into the thick of it. Once the doors of the landing boats open, all hell breaks loose. I was interested at this point in the game. Something about the landings of D-Day gets me emotional. What those men went through to beat back the Nazi regime. That is why they call them the greatest generation, they got shit done and went through hell to accomplish it. But instead of showing how brutal and hell war is, this is where the game quickly falls apart.

The Call of Dutyisms come into play right from the start, go the wrong way on the beach invasion and get killed. Stupid QTE (Quick-Time Events) moments take you out of the war, and always being a one-man army against the enemy doesn’t feel real enough. They even had to throw in some stupid drama from the Sergeant of your squad. He is supposed to be the antagonist of the game. I would have much rather the Nazi regime be the antagonist, but I guess every Call of Duty these days have to have a bad guy you can see and hear. This created a lot of drama that just didn’t need to be there and got boring and predictable fast. But at least they got rid of one staple of the series, regenerating health. No longer can you hide behind walls and regain health. You have to find health packs or ask your squad mates to give you some. These health packs can be saved and used at any time to heal your self. Really, this was the only change I found in the campaign. But felt it didn’t really work out so well. 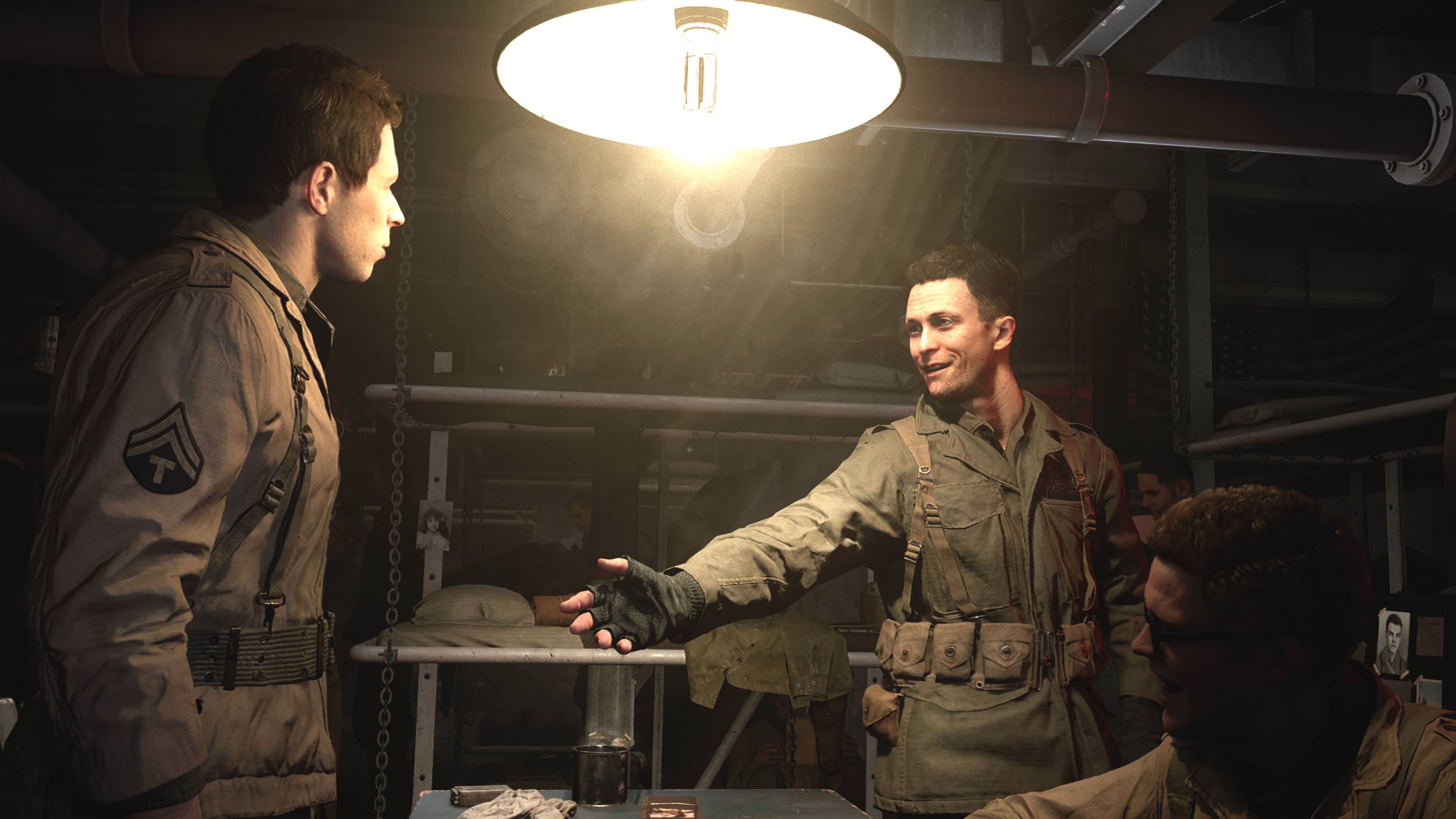 With the one-man army situations the game throws you into, again and again, your squad mates are rarely around you, so when you need that health pack, you have to stop fighting and go find them. Or press forward down the linear path till they meet up with you again. This change to the health system wasn’t implemented well and felt like they were just checking another box off of their list of features to add to the game. The only fun parts I had was with the one mission where you play as the French resistance fighter. During this mission, you had to remember your cover or the mission failed. A welcome change to the linear gameplay. The other sections that were really fun were the last few missions. Battle of the Bulge was my favorite. It felt as if you were there, in the war. This is when Call of Duty: WWII was at it’s best. But the drama, QTE, and one-man army linear gameplay brought down the rest of the campaign. Overall it was one of the most disappointing campaigns since Battlefield 1. If they had more sections like the Battle of the Bulge, then I could have recommended the campaign.

Most CoD players buy Call of Duty games for it’s multiplayer and Call of Duty: WWII doesn’t disappoint. Plenty of modes to choose from, ranging from capture the flag to deathmatch. One of the new modes of multiplayer is called War, a narrative-driven mode inspired by some of the iconic World War II battles. A welcome addition and felt a bit like Operations from Battlefield 1, but with less player vs player count. I had a lot of fun with some of the non-deathmatch style modes but I prefer more then 6v6 matches. It just feels too small and gets pretty boring fast. Doesn’t mean it is bad, just isn’t for me. The other addition is the Headquarters. This social space is used to collect missions, compete for a place on the leaderboard via 1v1, and of course open loot-boxes. The Headquarters reminded me a lot of the Tower, the social gathering spot in Destiny. Except this one new thing, forcing players to watch other players open loot-boxes. Not a fan of this, but at least the loot-boxes are all cosmetic. Though the practice is a little shady. I also couldn’t find a way to buy the loot-boxes, only earned them thus far in playing multiplayer. Maybe Activision is waiting on the fallout from EA’s Battlefront 2 before they turn them on. 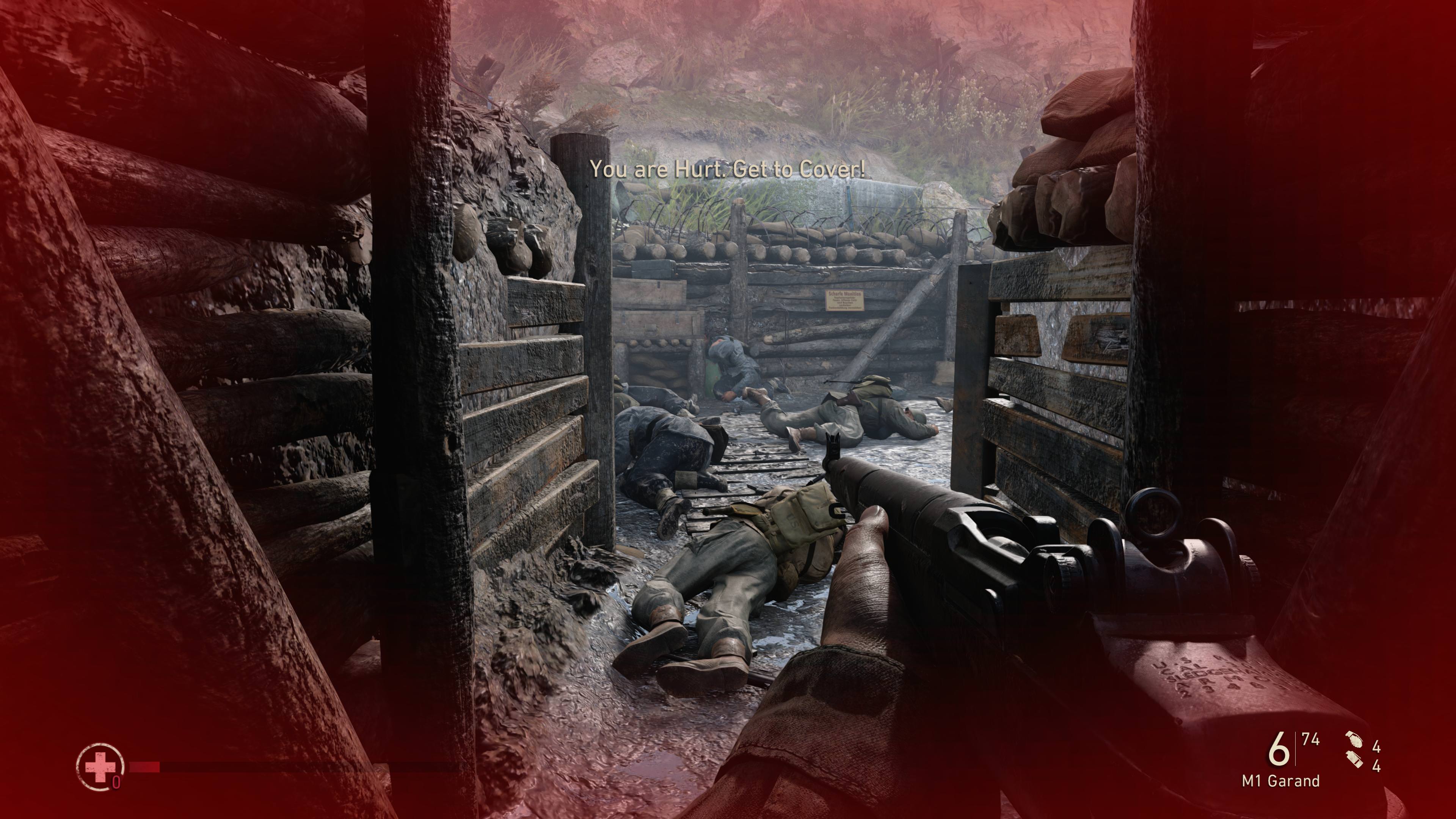 Last but not least is the Zombie Mode (called Nazi Zombies in the game). I rather enjoyed this part of the game. I played a few matches and was a bit hooked. If there was any reason for me to return to Call of Duty: WWII, it would be the Zombie Mode. You start off with a tutorial. The tutorial has a very small original story element, separate from the campaign, that introduces you to the characters you can choose to play. It only takes about ten to twenty minutes to play the tutorial. Once finished you can start a Nazi Zombies game your self or join a public game. Either one you choose will then start up the map and have you survive against wave after wave of zombies till you reach the end of the map. While killing zombies you gain a resource called jolts. These can be collected and used to buy weapons and upgrades scattered around the map. Jolts can also be used to unlock sections of the map to progress the story. Nazi Zombies is a cooperative game mode that shines its best when you work as a team with your friends or random people online. You can play solo but isn’t as fun. 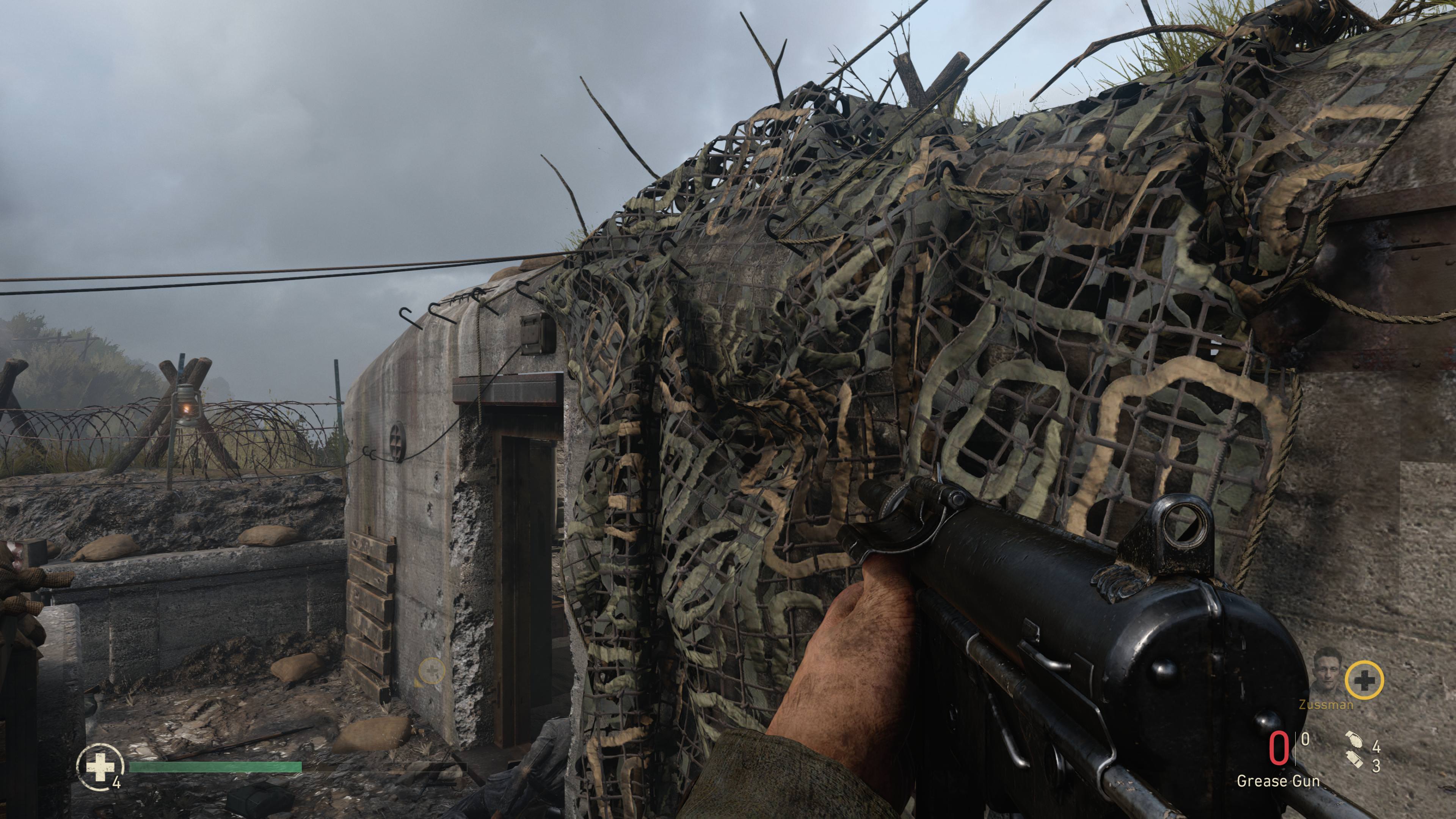 Overall Call of Duty: WWII is an average game. The campaign is almost forgettable, multiplayer matches are too small, and the loot-boxes are annoying. The only mode worth my time was the Nazi Zombies mode. Even if the game looks really good in the graphics department, and the voice acting was top notch. It doesn’t make up for the fact that this game just feels like they were checking off boxes from a list of what to include. Quick-Time Events? Check! Over the top action sequences? Check! An antagonist to cause drama with the player character? Check! Make the player feel like a one-man army? Check! Is there a zombie mode? Check! Basic multiplayer modes that don’t really expand on anything? Check!

Like I said, an average game at best. You would think after ten plus years of Call of Duty games that things would improve, but it doesn’t look that way. Even though they tried to change a few things up, they still kept to the same old formula and played it safe to rank in the sales. If you have been on the fence about picking up this game, I’d say wait for a deep, deep sale. Unless you are an avid Call of Duty fan, there just isn’t much here to see worth the $60 price tag.