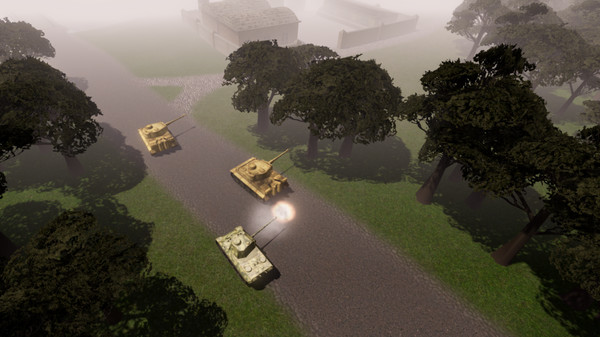 I enjoy my fair share of turn-based strategy games. So I was a bit excited to get my hands on Battle Fleet Ground Assault. BFGA is a sequel in the lines of Mythical City Games’ Battle Fleet series, which focuses on Battleships. Ground Assault is the first in the series to feature Tanks instead of Battleships. When I heard you could control all the Tanks from WW2 on the Eastern Front between the Allied and Axis powers. BFGA sounded like my kind of game.

BFGA isn’t the prettiest game you will ever play, but the graphics get the job done, even if they are very basic. The Tanks themselves can be zoomed in on, each Tank is modelled after their real-life counterparts and pretty well detailed. But I did notice that damage doesn’t show up when you hit the Tanks. They will go from a working Tank model to a destroyed model. But when you move them around the maps they will leave tracks and the explosions from the shells look passable. The graphics work for an Indie game, even as basic as they are. 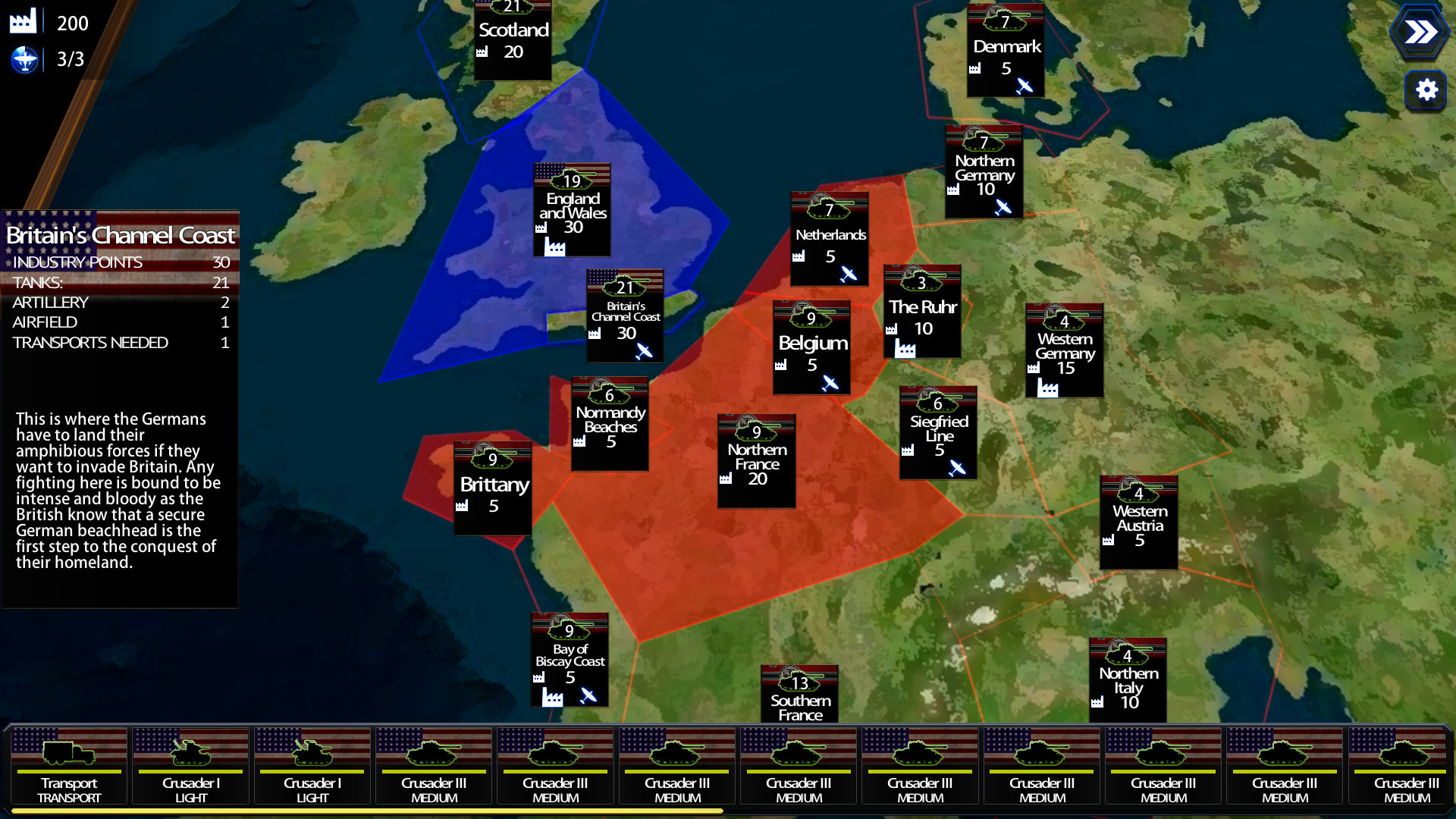 Another area where things are kept as basic as they can be is the Sound & Music. You will hear the same few sounds for each Tank. Their moving, firing and exploding sound effects all are the same. I couldn’t tell if there were any different sound effects for the different types of Tanks. The light tanks sound very similar to the heavy Tanks. The same goes for the music, during your play time you will most likely hear the same soundtrack over and over again. There isn’t much variety here. The good thing is, the music isn’t that annoying to bother you while you play, even if you hear it over and over again. 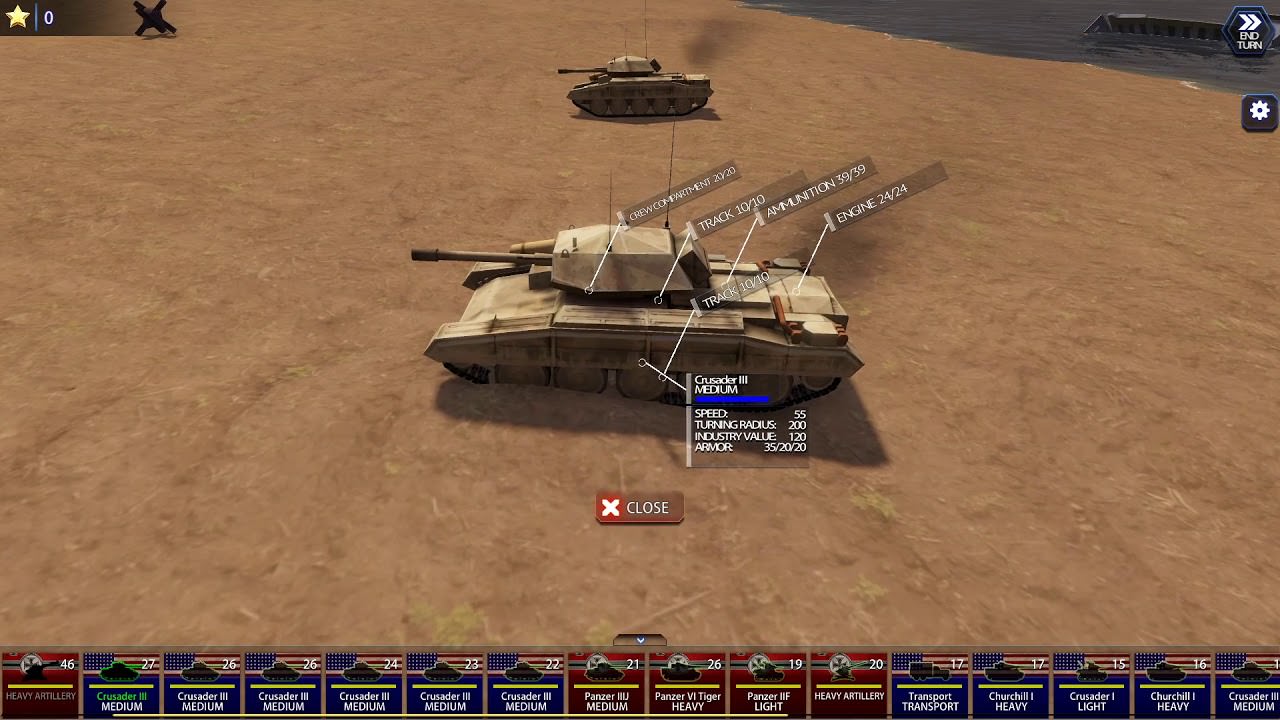 The meat and potatoes of Battle Fleet Ground Assault is the turn-based strategy gameplay. You can choose to play online or singleplayer; the singleplayer has a campaign or quick battle.

There is no explicit tutorial, however there is tutorial text that shows up when playing the game for the first time at each step of the gameplay. but no tutorial. The lack of a full tutorial mode seems to be a common theme in Indie games, but a tutorial in BFGA could have helped a lot to understand how to play the game. Figuring things out isn’t that fun, especially in a strategy game.

BFGA rewards accuracy.  Players have to aim the Tank guns and choose the correct level of firepower in order to hit the target. This feature was interesting to me; I liked the fact that you have to make the right choices to hit your targets. Luckily your selected Tank will show you a firing circle and how far their shots will go. This way you can have a better guesstimate of which firepower level you will need to hit your target. 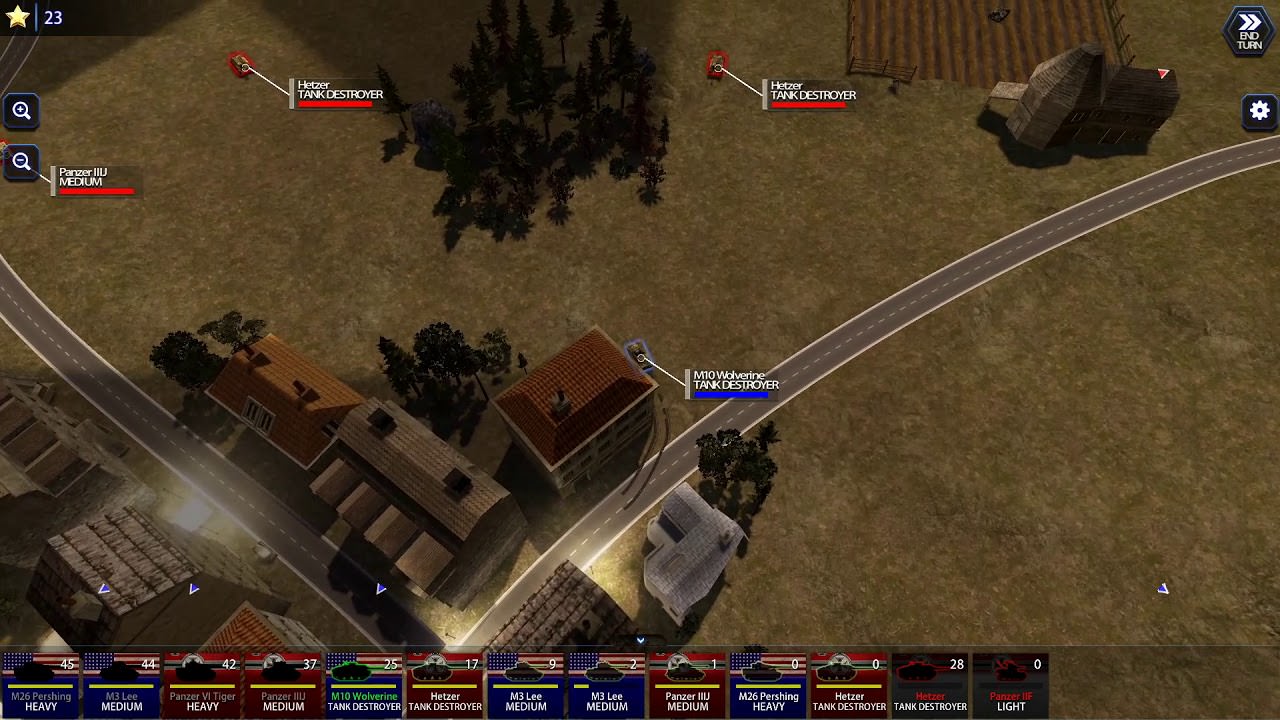 The campaign plays out the battles of WW2 but on a Risk-like map. If you played the board game Risk, then you know how this will work. You choose an Army you want to move and then move them to a territory that may or may not be occupied by the enemy. If the territory is occupied by the enemy, you will then go into a battle facing off with each other. In order to capture the territory, you’ll have to make sure you bring transports with you. Transports do nothing but allow you to capture the territory once you defeat the enemy. So make sure you move them out of the way of combat, you don’t want them to get destroyed.

If you were looking for a story that takes you across the eastern front of WW2, well there isn’t any. There is just a Risk-like campaign, quick battle, and multiplayer. As basic as it comes. 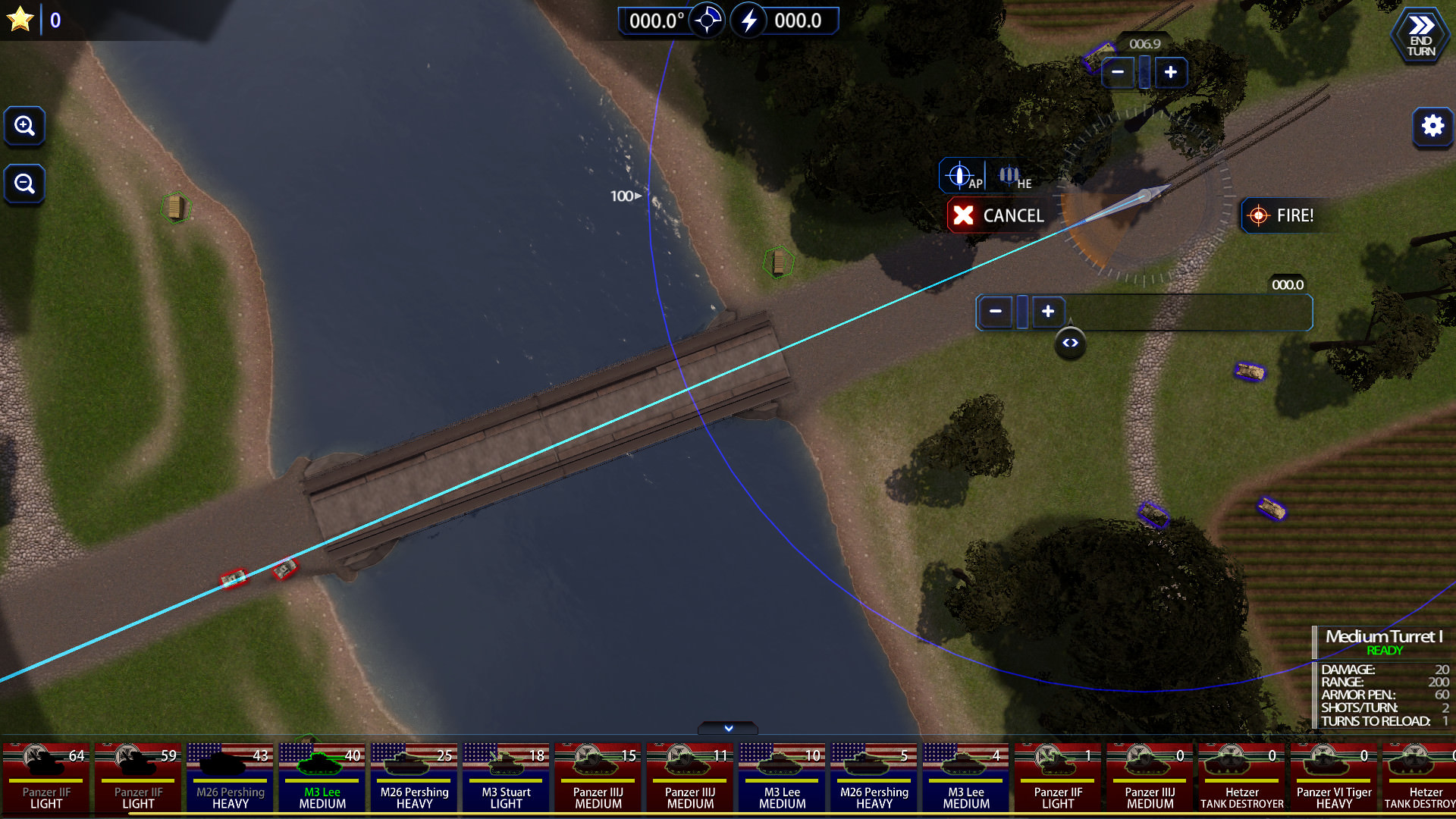 As basic as Battle Fleet Ground Assault is, it is quite fun. Being about to control and battle with the Tanks of WW2 is worth it. The manual aim and firepower selection is interesting yet satisfying when you land a hit. But BFGA lacks a tutorial, even a basic one on how the game works would have been a great help. The graphics, music and, sound effects are as basic as it comes. But that is expected in an Indie game and doesn’t really affect your gameplay. The gameplay itself is interesting but each Tank taking its turn can get boring. I think it would have been better if each side would have a turn instead of each Tank.

Overall BFGA is a decent turn-based strategy game, but at a $20 price tag, I would at least expect a basic tutorial. For that reason, I have to say if you are interested in BFGA I’d wait for a sale. Battle Fleet Ground Assault is available on Steam for $20 and is developed and published by Mythical City Games.