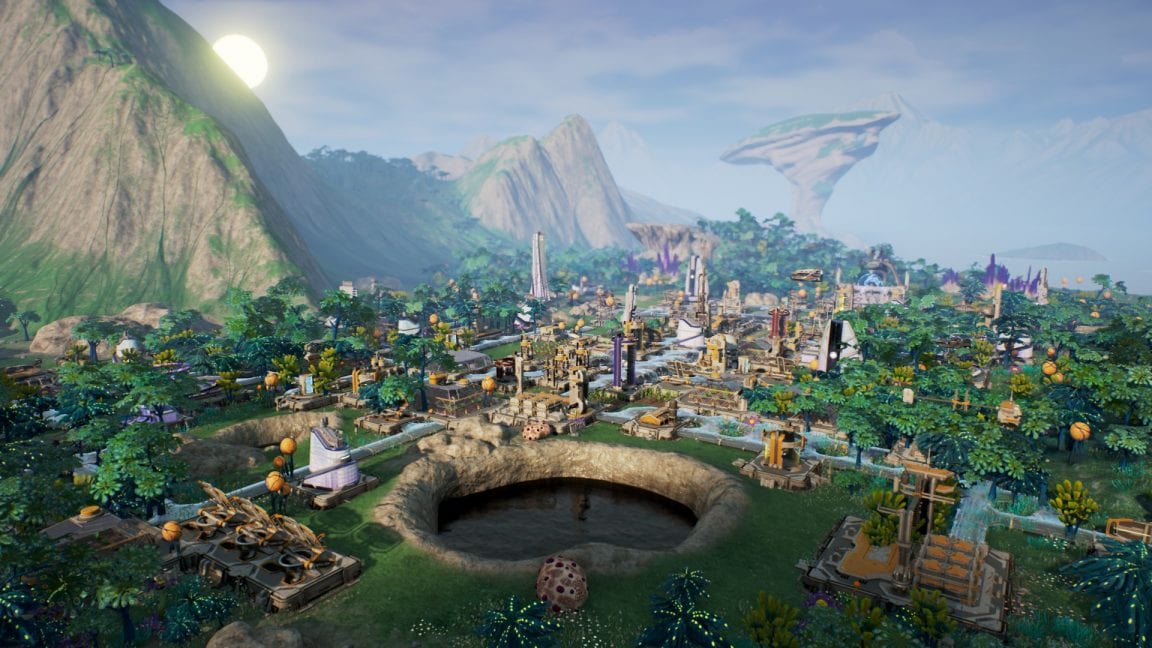 Aven Colony is a city-building colony management game developed by Mothership Entertainment and published by TEAM 17 for the Xbox One, PS4, and PC. It was released on July 25th, 2017.


Aven Colony features a fifteen hour campaign telling the story of human colonization of an Earth-like planet.  Players take control of a fledgling colony and, through the careful management of resources, power consumption and development, encourage the colony to grow into a substantial metropolis.

Players have two choices on loading up the game; Campaign or Sandbox mode.  The afore mentioned Campaign mode is packed with missions that progressively increase in difficulty.  Aside from a challenge, the Campaign boasts a voiced story line which develops with your colony. 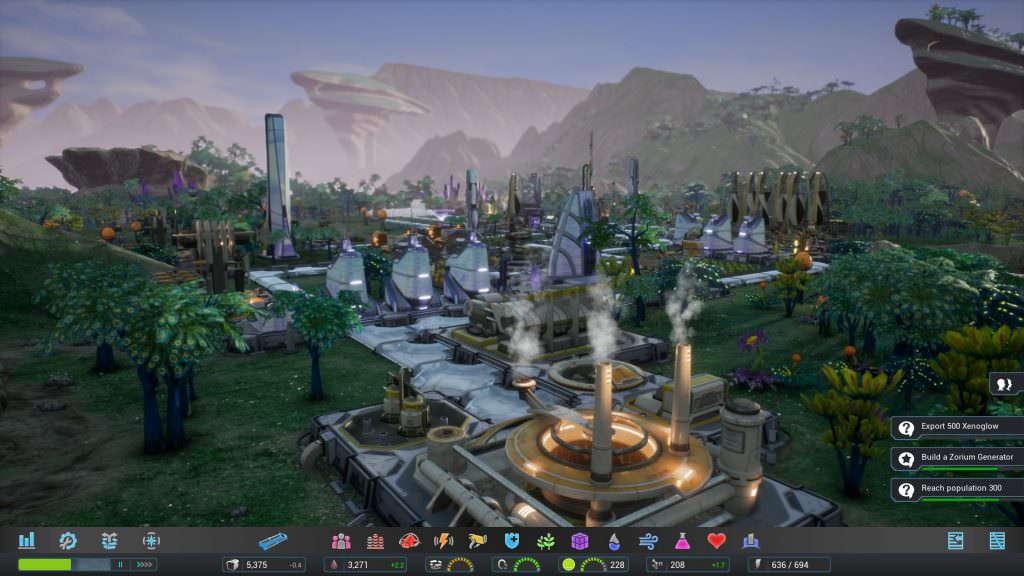 The story is a fairly basic affair but it all that is needed; the focus is on previous inhabitants and the artifacts they have left behind.  Artifacts are discovered as your colony develops; these can then be researched and used to boost your colony. Boosts provide huge benefits, such as a shield to protect colonists from the harsh environment or another which makes your colonist moral raise to 100% allowing you to win referendums with ease. Boosts last a limited time and take a while to recharge; their use must be thoroughly thought out, adding a further layer of strategy.

The Sandbox mode trades the storyline and missions for a blank canvas.  Players choose their difficulty level and dive in without the distractions of the Campaign.  Among other challenges, the difficulty level has a notable impact on the regularity of the number of environmental challenges, such as Plague Spores, Creep Spores, Ice Shards, Guardian Drones. Plague Spores make colonists sick, Creep Spores attach to buildings, Ice Shards damage buildings, and Guardian Drones ultimately destroy your colony. These challenges are the meat and potatoes of the game, and you are presented with tools to help deal with them. 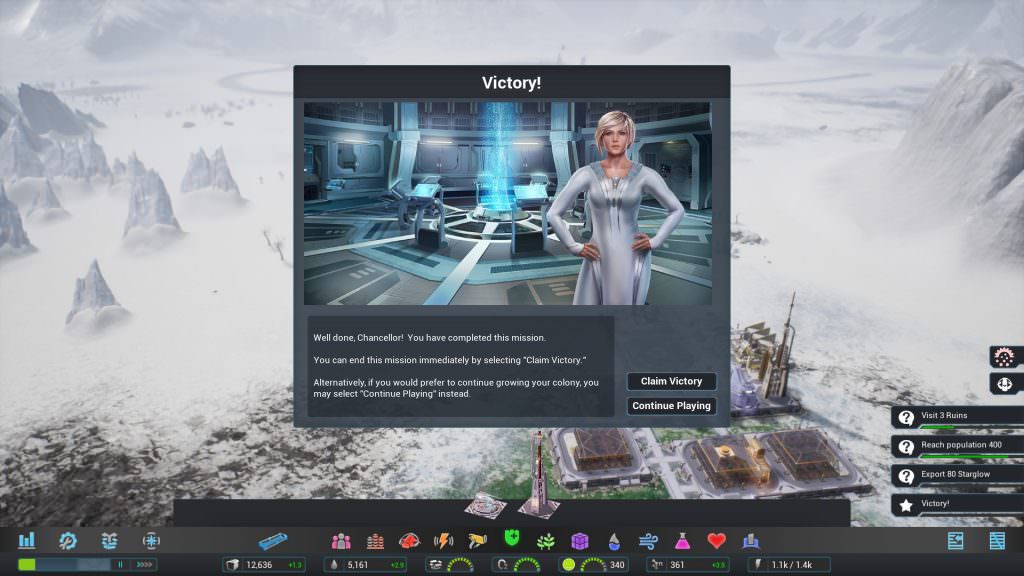 A prime disappointment is the variety of maps to choose from; the choice of lush green, white snow or barren desert pales in comparison to what could have been.

Irrespective of the mode chosen, Aven Colony boils down to surviving the harsh planet of Aven Prime.  Colonies start with the bare minimum and players have to decide how best to utilize the resources available.  With time, experience quickly reveals the best strategies to succeed, which can lead to colonies being built in the same mould, but this is also true of other entries in the city building genre.

The colonists have fairly simple AI; they just require Food, Water, Power, Clean Air, and Entertainment.  If the air is too polluted, or if there is a lack of space to live, expect a riot or two.  Amusingly, colonists are able to work in a multitude of professions;  one moment they could be mining iron, then when the mine closes down due to the iron deposit being depleted they may end up undertaking roles in Research Center, Hospital or Chemical Planet. There is no education system to teach or train your colonists to do specialized jobs; everyone just knows everything and can do everything. 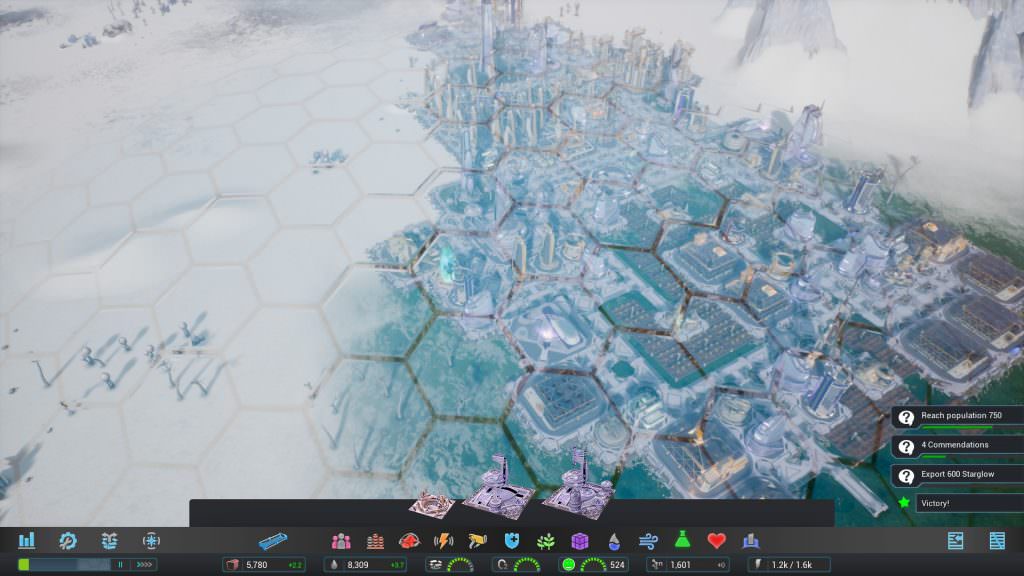 Aven Colony’s economic system is also shallow; Iron, Copper and Gold can be mined and traded via the Trade Hub, but the Trade Hub feels like an afterthought.  During the Campaign mode, a mission will specify what items to produce and trade in the hub, however outside of missions the only things I saw that you can trade are nanites for items that your colonist can get in retail stores which are easily built.

Don’t let this put you off of Aven Colony; the focus has clearly been placed on the survival elements of the game rather than the city-building portions, however there is more than enough depth to provide hours of fun for fans of the genre. 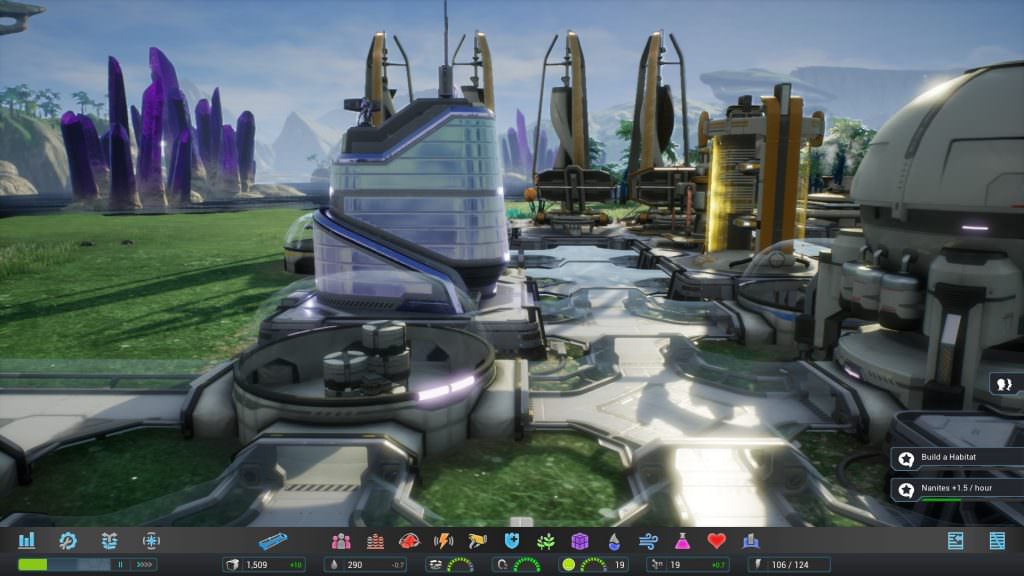 Aven Colony is a fun and challenging city-building game and I had a lot of fun playing through the Campaign with the different challenges it presented.

The game is not perfect but, while I feel that the colonists AI is lacking and the city-building and management elements lack depth, I thoroughly enjoyed planning and growing my colony on Aven Prime.