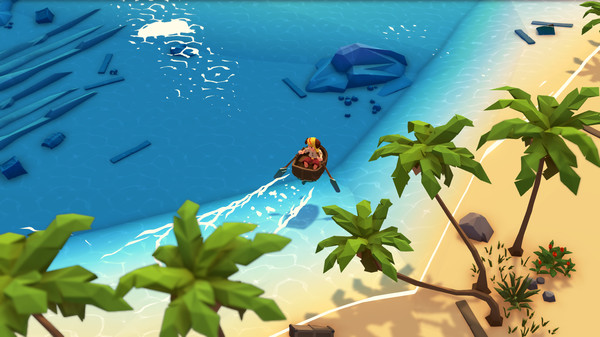 So, if some digital wizard came along and took elements of Stardew Valley, Harvest Moon, and even a little old school Zelda, then threw them all into a magic hat to abracadabra up a new game, would you be interested?

Stranded Sails, now coming to consoles thanks to Merge Games, takes inspiration from these games and a few more then turns it all into its own unique and beautiful adventure.

Indie game publisher Merge Games has announced that they’re teaming up with Lemonbomb Entertainment and rokapublish to deliver Stranded Sails – Explorers of the Cursed Islands to consoles.

Arriving on Switch, PS4 and Xbox One both digitally and physically, Merge also announced a collectable Signature Edition version which will be available exclusively on PlayStation 4 and Nintendo Switch on release.

Stranded Sails have already generated significant interest (with over 75,000 Steam wishlists already) and is one that I’ve been monitoring for a while.  Players will find themselves ship-wrecked on a mysterious archipelago; they must survive, solve the island’s mysteries and escape.  From finding resources and planting crops, to establishing your own farm to feed all survivors in your camp, Stranded Sails promises to fuse addictive survival mechanics alongside a far-reaching journey which has you undertaking a vast adventure spanning several islands, where an abundance of treasure lies waiting.

Stranded Sails – Explorers of the Cursed Islands is drifting onto consoles this October.