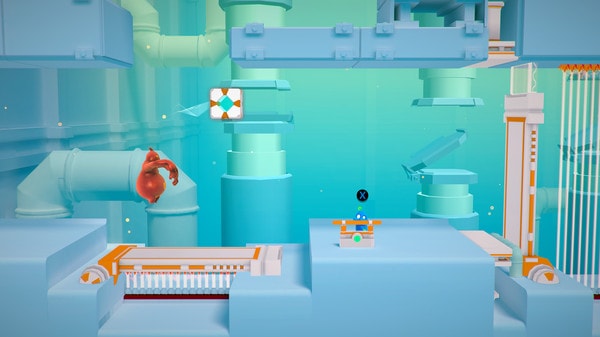 Shift Happens is a puzzle-platformer on a mission to bring back the glory days of classic couch-based cooperative fun.  And, it’s brilliant.

For my hour with Shift Happens, I decided to play the game properly and enlisted my brother as my player two.  With pizza and fizzy drinks on the table, just like old times, we picked up our controllers and dived in.

The first thing that struck us about Shift Happens were the visuals, which are simple but ooze with character.  The introductory video helps to set the scene and wouldn’t be out of place in an animated TV show, and the game itself looks just as pretty. 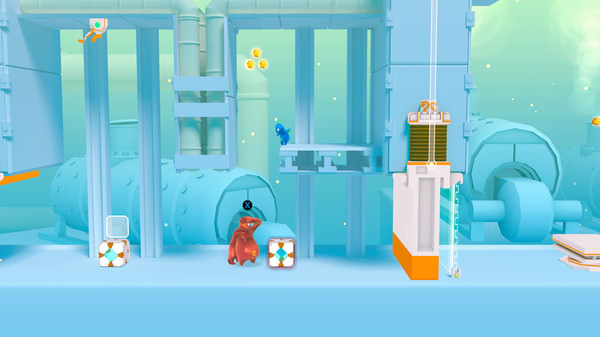 Speaking of ooze and character, players control Bismo and Plom, two striking characters that made me smile from the moment I set eyes on them.  Bismo and Plom share a common mass, meaning that at any one time only one can be big and strong while the other is small and nimble.  Players are able to switch masses instantly and the puzzles are built around this key mechanic; the larger player tosses the smaller player through the air to hit a switch, before he shifts sizes to get to the next section of the level.

Shift Happens actively encourages local co-op play, and we found ourselves instinctively talking through puzzles as we used trial and error to work our way through the stages.  Players who lack a couch-based player 2 will be happy to hear that Shift Happens also features online multiplayer and a single-player mode, but the heart and soul is undeniably in local co-op.

The tutorials were very well done, with the basic controls being explained at the beginning of the game and additional mechanics being introduced with fun mini-game style stages at the end of some levels. 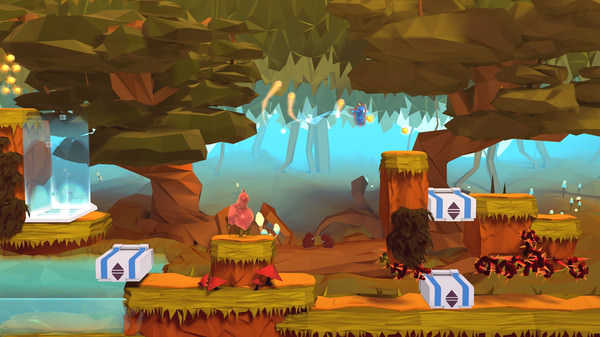 The puzzles start out simple, but quickly become more taxing and unforgiving stage by stage.  Fortunately, Shift Happens isn’t a game that punishes you harshly upon death; the living player can revive their fallen partner, and there are a reasonable number of lives to be used for occasions that both players die at the same time.  The challenge is designed to be difficult, but not impossible.

The quirky characters and testing puzzles are accompanied by funky music, which is guaranteed to have you nodding your head and tapping your feet as you rack your brain for the solution challenge before you.

There are plenty of levels to get through; my brother and I played for just over an hour and completed all of the stages within The Lab and made a start on The Forest.  The two locations looked substantially different, with The Lab implementing a clean and minimalist style, while The Forest looked far busier yet equally beautiful.  I am intrigued to see what The Canyon and The Grotto look like.

My brother and I both had a ton of fun playing Shift Happens; it brought back memories of playing games together as kids, something we just don’t do enough as adults.  This is one game we will definitely be seeing through to the credits.