I tend to avoid multiplayer-centric games completely but there was always about Sea of Thieves that I found too alluring.  The open waters are beautiful and manning my own ship and going on treasure hunts sounded like an amazing time.  And, it is, but the fact that the game originally had no narrative and was almost devoid of any real single player content always kept me from sinking any significant time into it.

Now with the mega anniversary update which includes a bonafide campaign titled Tall Tales: Shores of Gold, I feel like I can finally fully immerse myself in this world.

After about 4 hours of total playtime and completion of the first two tales, I’m ready to give you guys some early impressions and hopefully help you decide if going on this journey is worth your time.

The first thing you will want to know is that although this is an actual campaign with a linear structure and story, it still takes place in Sea of Thieves open, shared world, even when playing solo. This means that there is always the possibility of running into other players as well as the usual Kraken or Megalodon. What is nice here is that the difficulty during Tall Tale missions scales depending on the number of pirates in your party; if you are alone then the boss fights and enemy encounters are quite manageable but if you’re with a crew, the challenge is increased.  Newcomers might feel a little intimidated at first but there really is no better time to jump right it. 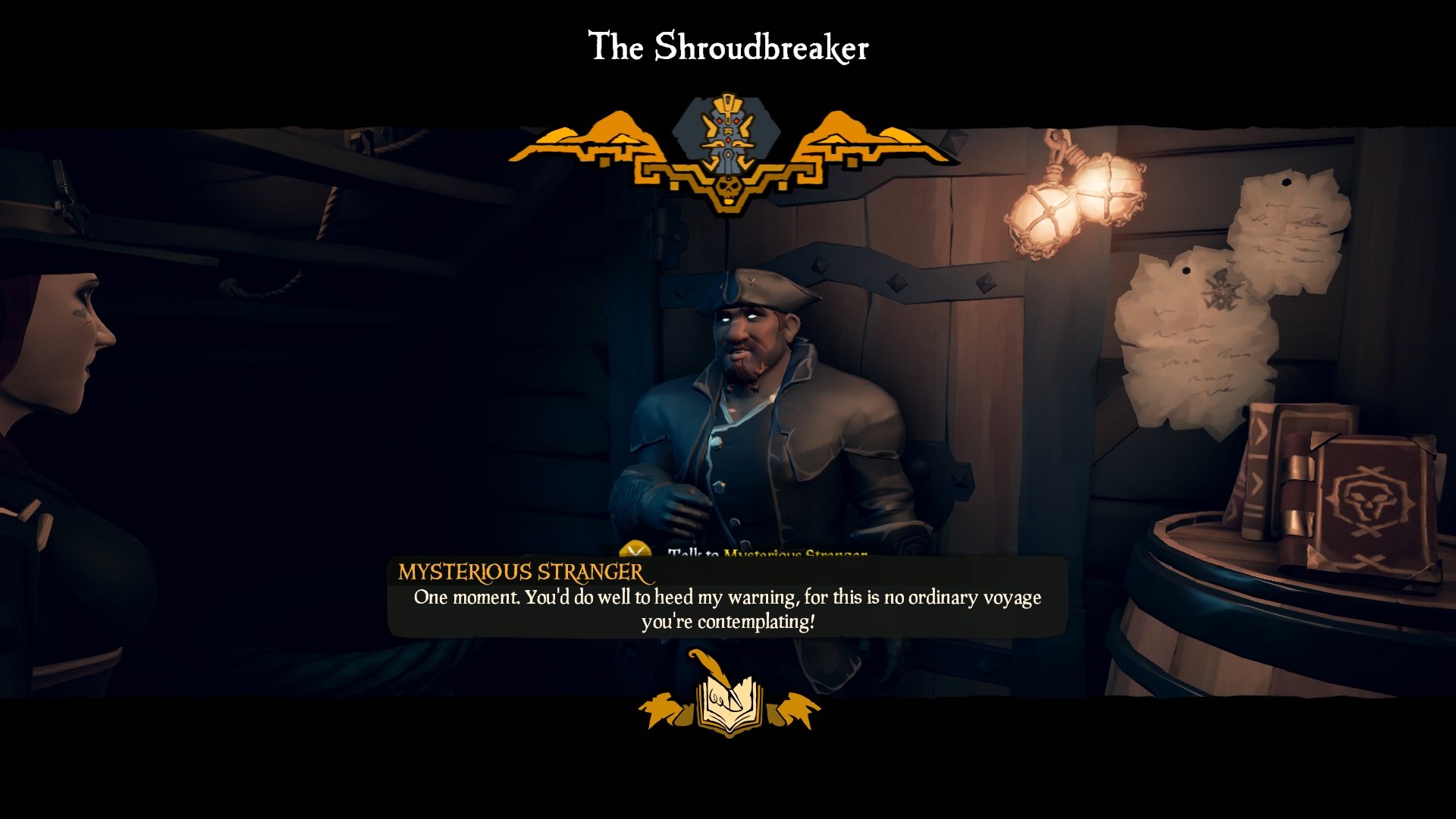 Even while sharing the world with other players, Tall Tales: Shores of Gold has an excellent sense of adventure and intrigue and the addition of fully voiced NPC’s really gives the game some much-needed personality. Despite being early into my adventure, I can tell the folks at Rare have invested some significant time into creating a strong narrative. The real star of the Tall Tales: Shores of Gold, however, is the Tall Tales Journals.

At the beginning of each mission, you are given an old mysterious Journal. This journal is filled with clues and riddles that will help you find key items and special locations all in hopes to inch your way closer to discovering the Shores of Gold a mysterious and mythical island filled with riches. You will learn about previous pirate’s endeavours, their trials and tribulations, and even the events that lead to their demise. It’s such an awesome game mechanic that further immerses you in the experience of being a pirate.

Flipping through the pages and inspecting every little symbol is completely engrossing and the feeling of accomplishment as I cracked a riddle or successfully found a hidden island was almost overwhelming. You will find hidden tombs filled with traps and puzzles that will test your ability to think on your feet and using the journal to find the solutions for said puzzles is exhilarating. The game does not hold your hand in any way so there is a great sense of gratification with every step you take.  Everything feels earned. I did find it to be a little difficult to know exactly what I was looking for and often found myself scratching my head but, similar to point and click adventure games, the answer is always there and not too far off if you put some thought into it.

There are some new enemy types which are very welcome but the coolest addition is the Pirate Lords. These enemies act as the game’s bosses and are amazing. They have different attacks than the regular Skeli minions and pose a real challenge. I have only fought one so far but I am extremely excited to take more on. 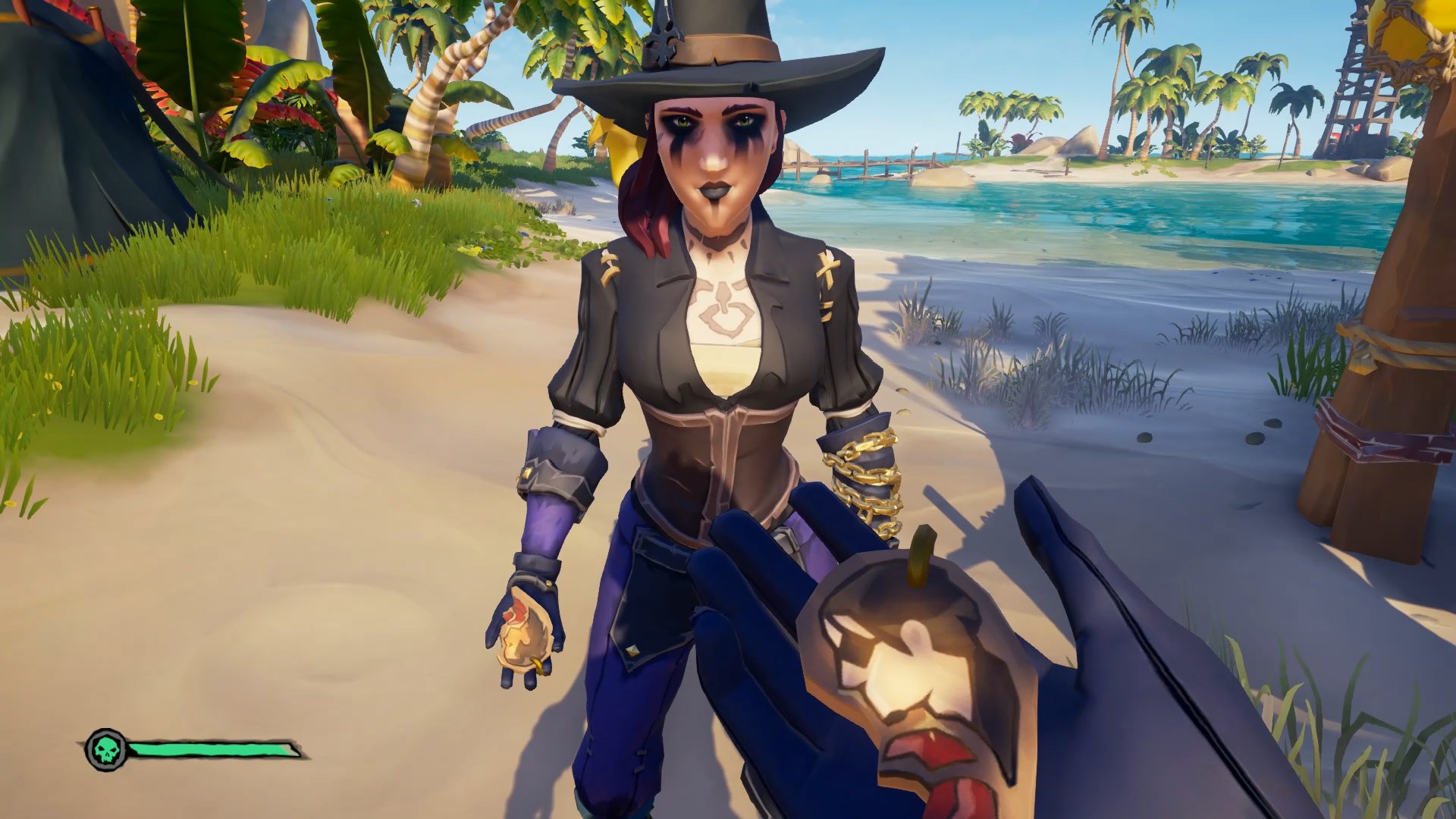 While the moment to moment gameplay is largely the same the new features reinvigorate the game making it feel like a completely new experience for returning players.

You will also be collecting new and unusual items like special chest and keys as well as other trinkets. These items are key to the mission and although it can be cool finding these items they could also be a real headache. If you accidentally lose an item, such as a key to a chest or the contents of said chest, you’re screwed. That item will not respawn so you will have to start that particular mission over, which means going all the way back to the mission giver and restarting. Those who have played the game will understand that going from point A to point B takes time, especially if you’re playing solo.  As a result, I found myself completely avoiding any side activity or player interaction when these items are in my possession as to not sink, losing all my items, and have to respawn a million miles away.

There are no checkpoints or mid-mission saves but luckily if you die while on an island or in combat you simply respawn back on your ship which is typically close by. If your ship sinks for any reason, however, you will respawn on some random outpost further lengthening your mission completion. Most of the time it’s a non-issue but there is always that evil pirate who happens to spot your ship mid-mission and destroys it for no reason.

Another huge annoyance is that after you complete a mission it is possible to miss where you have to go next to start the following tale. There is no obvious menu or mission tracker that I can find, so if you don’t know where to start the next mission you will need to look it up online. 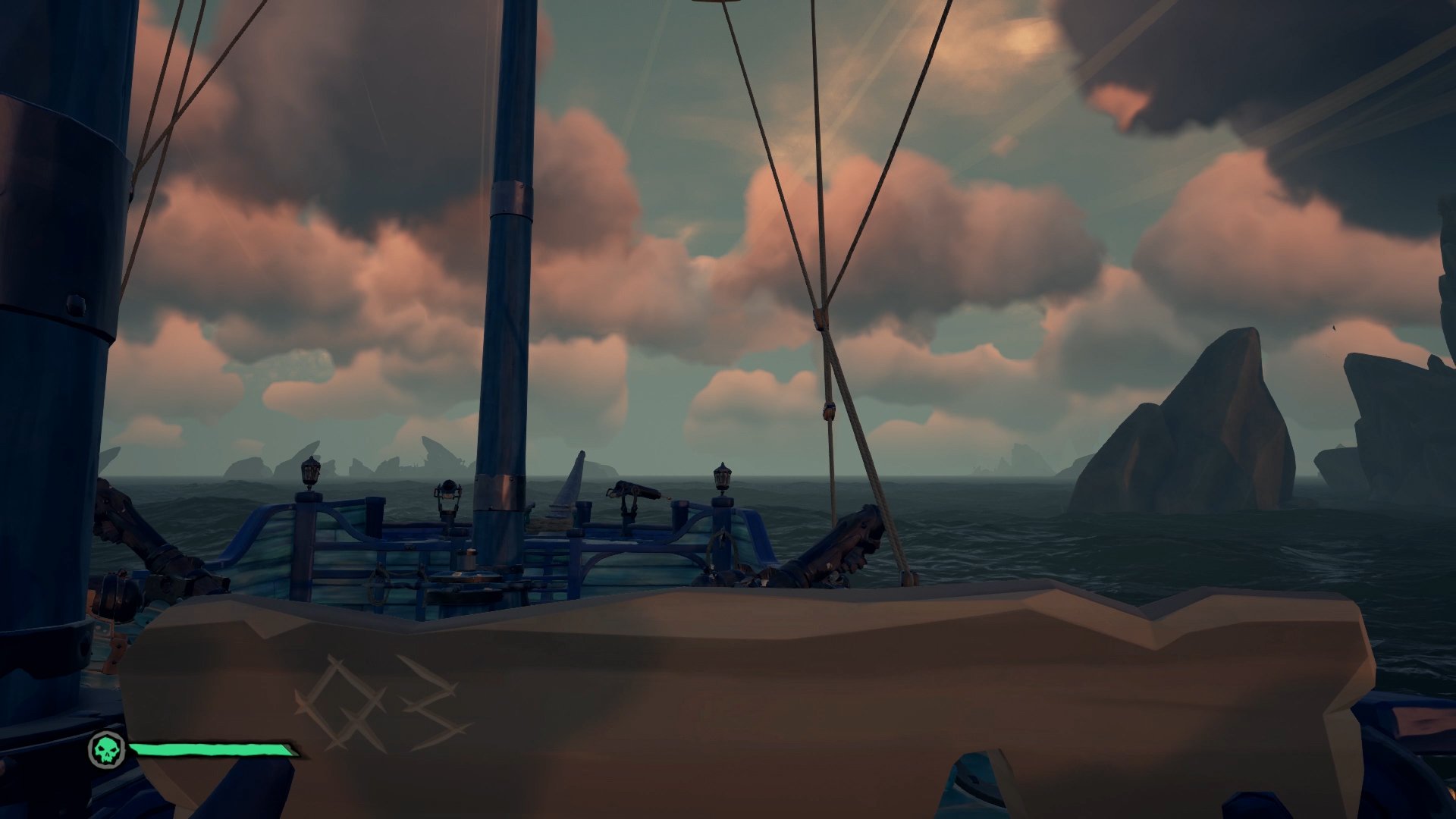 This brings me to my biggest issue; like Sea of Thieves proper, Tall Tales Shores of Gold demands uninterrupted gaming sessions. After each completed mission, the game saves progress but each mission can take upwards of 1 and a half hours of uninterrupted gameplay with absolutely no way to pause at all. This might not seem like a big deal to some but anyone with a familial responsibility understands that an uninterrupted hour and a half of gaming is a little hard to come by. Quitting mid-mission can really take the winds out of your sail (pun absolutely intended) and put a damper on your experience.

Even though finding time for Shores of Gold is difficult, I hope to continue the adventure to completion. Tall Tales: Shores of Gold has such an amazing sense of adventure and intrigue, unlike anything I have played recently. The story so far is fun and interesting and the new mechanic of Tall Tale Journals creates such an awesome sense of accomplishment and uncovering every clue is almost addicting. The new enemies and Pirate Lords are a wonderful addition and make the basic combat feel fresh and fun. There is definitely a level of difficulty that sometimes feels unfair and the game does demand your full attention but there is no doubt that there is something special here and definitely worth a look.