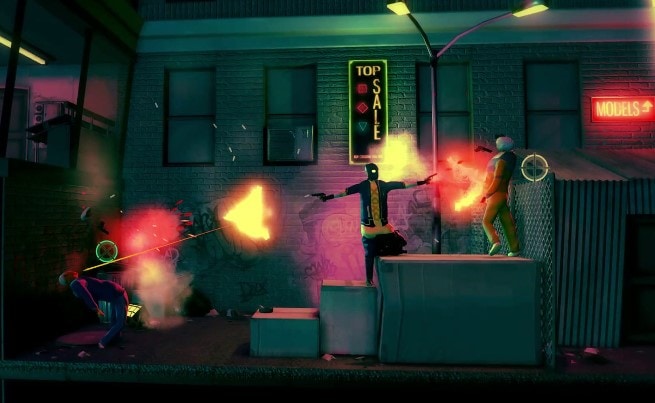 “A violent ballet about friendship and imagination where players strategically bounce bullets off frying pans and jump through windows in slow motion.” Enough said.

The original My Friend Pedro, which is still available to play on Adult Swim (it’s free), has earned a cult following.  You play a hitman taking orders from a talking banana in a sidescrolling shooter with platformer elements, featuring dual wielding slow-mo gun battles.  If that sentence didn’t convince you that this game deserves a sequel then nothing will.

Fortunately, developer Deadtoast Entertainment has teamed up with publisher Devolver Digital to bring a sequel to the table. Titled My Friend Pedro: Blood Bullets Bananas, we can be confident that we haven’t seen the end of the blood, bullets, or bananas.

Deadtoast has revealed a sneak peek of the gameplay we can expect on Blood Bullets Bananas:

A release date has yet to be confirmed but the Steam page is live.