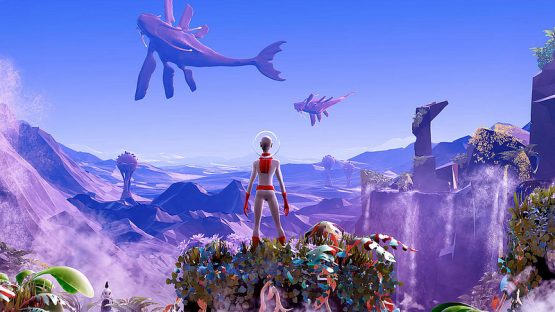 I fell in love with Planet Alpha today – I’m convinced that it’s the most beautiful platformer ever.

I’d somehow managed to avoid all previews of Planet Alpha.  With the ridiculous number of games announced and released every week, it can be tough keeping up, but I’m glad that I know that this beauty exists.

Five years in the making, Planet Alpha first emerged in 2013 as a side project of then IO Interactive employee Adrian Lazar.  In 2018, the side-scroller has now partnered with Team17 and is looking more stunning than ever.

Planet Alpha combines a striking and gorgeous art style with varied puzzles, platforming and even some stealth mechanics.  Players can even rotate and control the planet.  If the gameplay is anywhere near as incredible as the visuals, we’ll have something special.

Here’s a video of the game in motion:

Planet Alpha is due for release at some point this year.  I can’t wait.