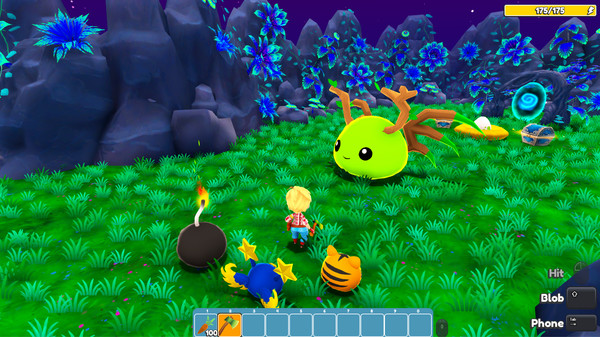 Who doesn’t love Pokemon?  Ahem, me neither.  Um.

But seriously, I’m a huge fan of Pikachu and the other 251 Pokemon (…what?  There are how many now??).  It has been a joy to see the series evolve over the years and if I had a Switch, I’d be all over the new instalments like I was 12-years-old again.

Aside from the Pokemon franchise, I’m also interested in other games that try to mix up the Pokemon formula.  From Dragon Warrior Monsters on the Game Boy Color to TemTem, it is always great to see what Pokemon could have potentially been like had Game Freak not done so well running with the concept. Enter Ova Magica, an adorable farming and monster-taking RPG for PC, Nintendo Switch, PS4, PS5 and Xbox (I assume Series S, X and One) that is currently on Kickstarter.

Developed by ClaudiaTheDev, a one-woman studio from Germany, and published by Top Hat Studios, Inc., Ova Magica is inspired by classics including Rune Factory, Harvest Moon, and Azure Dreams, though I’m sure fans of Harvest Moon and Pokemon will be rubbing their hands together, too.

The premise of the game is described as follows:

After moving to the sleepy town of Clover, the player (who can choose to be a boy or girl) is entrusted with revitalizing an overgrown piece of land into the farm of their dreams – and taking care of cute, mysterious creatures known as “blobs”. These blobs each have special skills which help with everything from farming to protecting you on expeditions for rare crafting materials! As well as the blobs, Clover Town is home to many quirky individuals from all walks of life with their own unique routines and interests. Train cute blob creatures, take care of your farm and make friends with the people of Clover Town.

Ova Magica will feature blob breeding and training, farming, city-building and progression, romance, blob battling, crafting and other activities.  Needless to say, there will be plenty to do when it launches in early 2022.

A trailer was launched to coincide with the Kickstarter, showing the various elements that Ova Magica will have to offer:

At the time of writing, Ova Magica has smashed its Kickstarter goal of £17,773.  If you want to know more, you can head over to the official Kickstarter and pledge to show support, or add the game to your wishlist over on Steam.