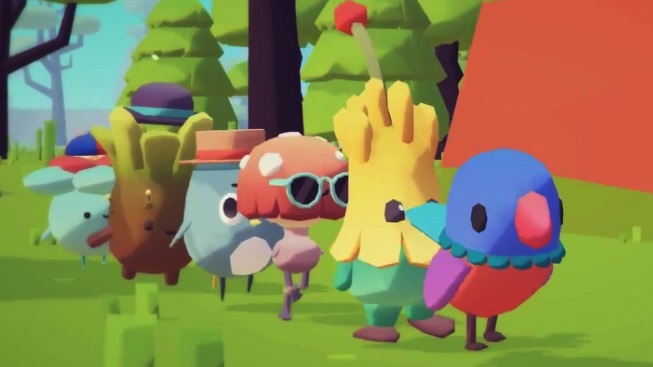 With charming visuals and laid-back gameplay, Ooblets looks like the perfect game to play on a lazy Sunday afternoon.

So, as I sit here on a lazy Sunday afternoon, I can’t help but long to be spending the day collecting the adorable little Ooblets and interacting with the cheery townfolk of Badgetown.

Ooblets could be described in many ways but the general consensus is that it sits somewhere between Animal Crossing and Pokemon.  Much like Pokemon, you put Ooblets against each other, but rather than beating your opponent into submission then capturing them, you simply quell them and watch them stomp off, leaving their seed as a reward.  Players can then use the seed left behind to grow their own version of that Ooblet.

Players collect Ooblets and raise them on a farm, in between heading to the nearby town and building relationships with the community.

Customisation is a huge draw in Ooblets; not only can you purchase new clothing, hairstyle and items for your avatar from the local town but you can also pick up hats and such for your Ooblets, creating your own unique collection of critters.

Developed by Glumberland and published by Double Fine, Ooblets is scheduled for release later this year.