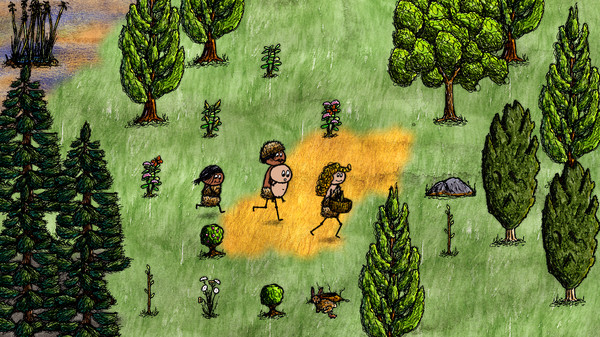 In One Hour One Life, you start as another player’s kid, you live for exactly one hour, then you die and become someone else’s kid.  It’s a clever concept.

For your first few minutes as a baby, you’re reliant on your in-game mother for survival, but you’ll soon be crafting, hunting and building as you try to leave your mark on the world.  Then, you die and spawn as a baby to a different parent, likely in a different part of the world.

Creator Jason Rohrer is constantly adding new items.  His plan is that players will collaborate, build and expand towns, and work up the tech tree together.  Given time, players may be able to build up their virtual society to modern day technology – and beyond.

I love this concept – the idea of collaboratively playing in a world, doing all that you can in your short time before potentially never seeing that location again is an interesting one.  It will be interesting to see how quickly players are able to evolve their technology and impact the landscape of the game world.

One Hour One Life was previously only available to purchase directly from Rohrer, but it is now available on Steam for £15.49/$20.