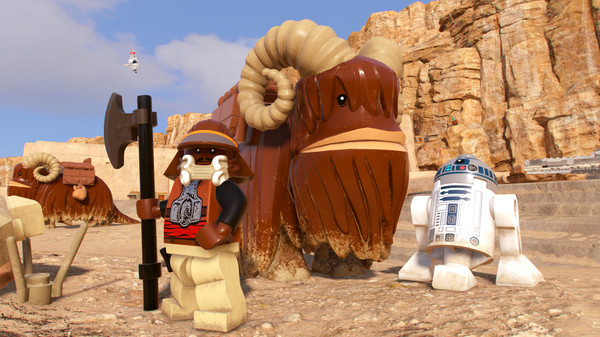 BY DANIEL KING: When I think back on the countless array of video games that kept me preoccupied throughout my childhood years there are a few that stand out from the crowd, those games where I can vividly recall the endless hours perched in front of the television, completely enthralled. Both of the original Star Wars Lego games each hold one of those honors, taking my separate loves of Star Wars, Lego and videogames and rolling them all into one – how could I not be obsessed?

So when a trailer was released at E3 2019 showcasing a completely new Star Wars Lego game set to cover all 9 movies, I was immediately hit with a wave of both nostalgia and excitement. What would this new game hold? Would it be able to live up to the original? Would we still be able to fly R2-D2 off ledges in order to hear that infamous squeal (or was that just me)?

But first off, what was it about the original Lego Star Wars games that were so damn good, and can the Skywalker Saga meet the mark? 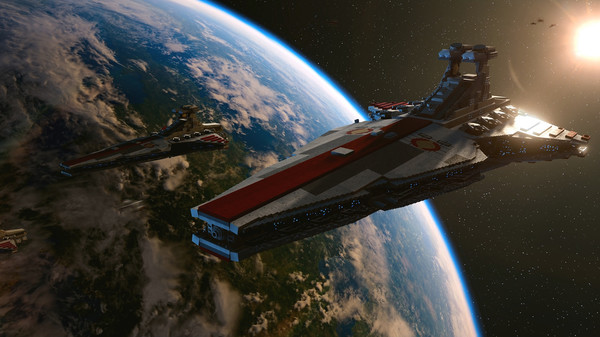 Over the two original games, there were a total of 36 (18 for each game) highly enjoyable chapters that you could play, and while they might not have been particularly overly challenging, their main selling points were that they gave fans the opportunity to explore the Star Wars universe’s many locations from Tatooine through to Kamino and that they allowed them to play through all of their favorite movie storylines like the Battle of Hoth or the fight between Anakin and Obi-Wan on Mustafar.

The above points along with the simple fact that players could revel in the destruction of Lego characters with lightsabers and blasters – that means you have a winning game in my books.

Some other great features that made these games so entertaining were the options to go back into earlier chapters but with different characters, the few side objectives for the completionists out there like hunting for Minikits, as well as the many cutscenes which cleverly utilized the Lego format well and injected a lot of humor into the plots. 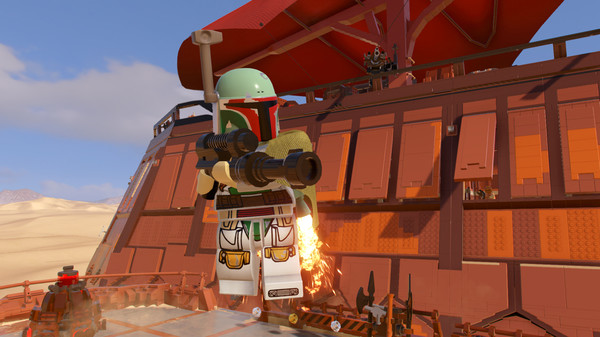 The Skywalker Saga – What We Know So Far

Is this just a remaster or a whole new game?

When the new game was first announced at E3, a lot of players assumed that it would just be a rehash of the old games, some updated graphics and maybe some new missions. But the game developers at Traveller’s Tales quickly confirmed that this would be a completely original game, built from scratch with never before used Lego engine technology.

What are some of the new features?

There will be a bunch of awesome new features that the original games didn’t possess, like an all-new combat system, which has been designed to offer a more complex and interesting fighting experience. What’s even more exciting is that the game will be providing an expansive open world which players can easily explore with the ability to fly from planet to planet.

Some of the other features include the return of Co-op gameplay, the option to play the game in any particular movie order that you’d like and more creative use of the force. There will also be voice acting in cutscenes, as opposed to the grunting and other random noises that defined the first few Lego games. Personally, I quite liked the absence of talking in the original games and I thought it provided a certain silly charm, but I can see how voice acting adds more depth to the story. 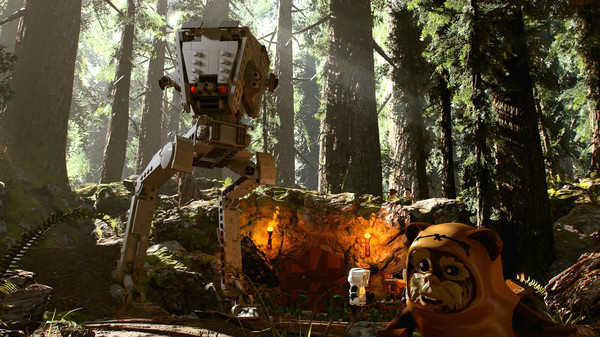 When’s the game set to be released?

TT has yet to confirm an official release date, but we do know it will be coming out sometime this year (hopefully sooner rather than later).

Can It Recapture the Magic of the Originals?

The fact that the game developers chose to build an entirely new game from scratch rather than just remaster and add into what they had has shown the level of effort that they’re willing to put in, in order to give fans a completely revitalized experience.

From what we’ve seen so far of the Skywalker Saga, there looks to be a fantastic game in the making with all of the attributes that made the original games great, packed in with an enormous amount of new content and gameplay. I for one, have faith that it will recapture that original magic and become another one of those games that stand out from the crowd. A New Era of Lego Videogames

With this new open-world approach and the improved technology being implemented with the Skywalker Saga, there’s a level of excitement to be had for all the possibilities future games could bring. Imagine an expansive Lego James Bond covering all of 007’s greatest escapades. Or a smoother, more comprehensive take on the Marvel films. And any chance for a Lego Star Wars: The Mandalorian?

Are you excited for the release of the Skywalker Saga? Let us know your thoughts below!