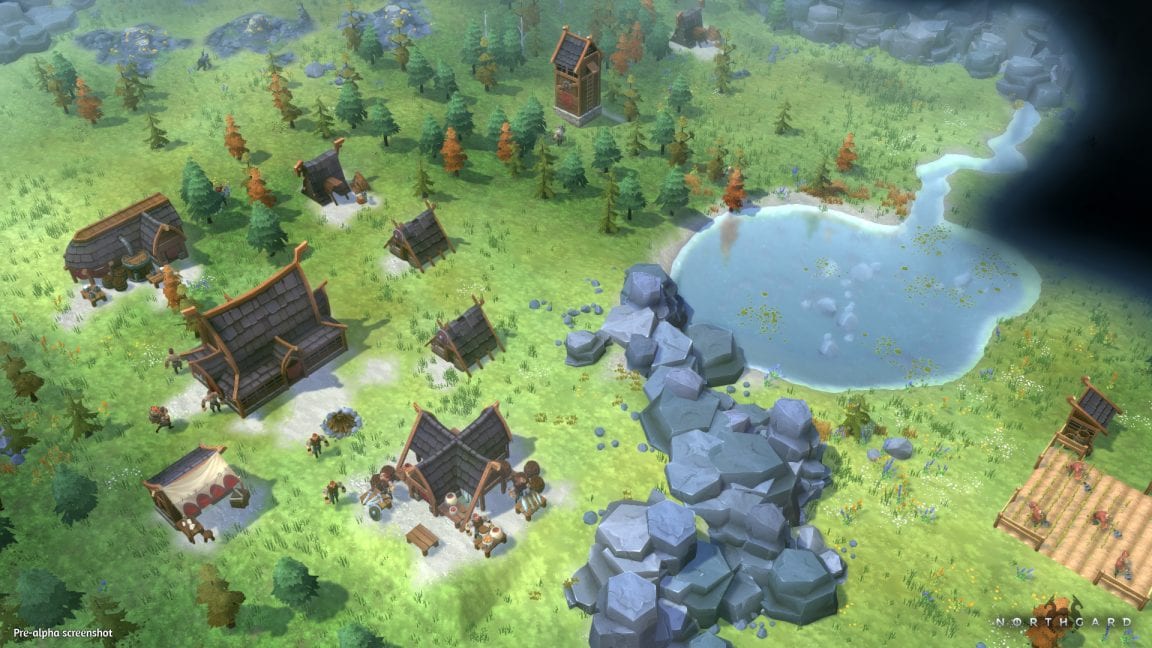 Northgard is real-time strategy game based on Norse mythology. It is being developed by Shiro Games and is currently in Early Access on Steam. In its current state, only the single-player is available, though a multiplayer and campaign mode are both in the works.


Jumping into the single-player, you choose your name, color, difficulty, the number of AI players (three at the max), and clan. There are currently three clans to choose from; Clan of the Wolf, Stag, or Goat, each giving their own bonuses. I decided to play as the Clan of the Stag for the benefit of starting with Food, Wood, and Gold.

The first thing that caught my attention were the visuals; the graphics are cartoonish, but make Northgard feel even more unique. 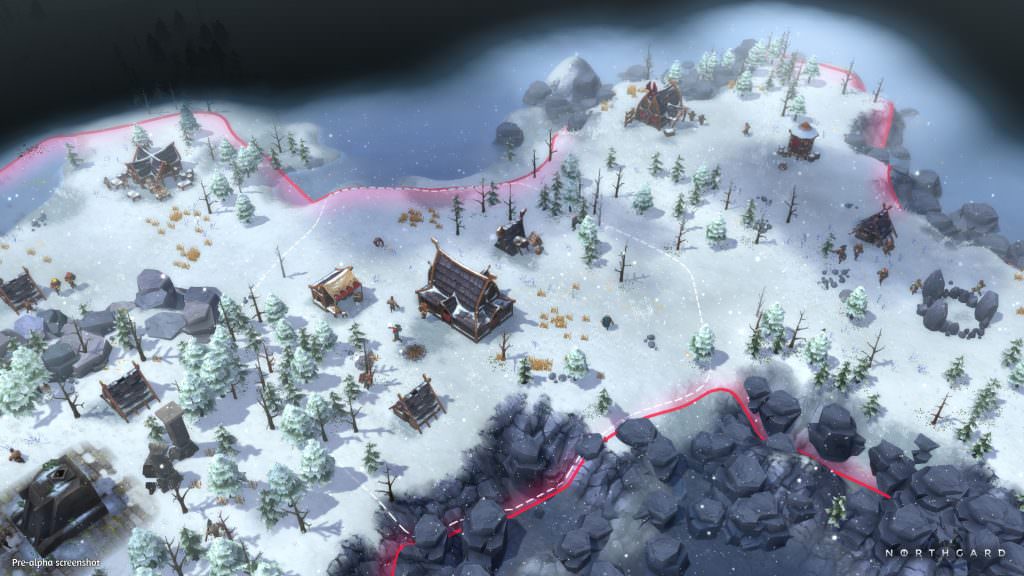 The starting area has a few villagers in it that are running around gathering food, penned in by invisible borders to our plot of land and surrounded by the “Fog of War.”

Hints are given via a small box at the top of the screen, which is clear and helps to get things started.  Within a few minutes, I’d built a scouting camp, which expanded my land, built a house and watched new villagers join my population. Then, before I knew it, I was on my own.

While the hints were very useful, with a game as deep and strategic as Northgard, a tutorial is sorely missed and desperately needed.  I found myself struggling with happiness levels, discovering that some buildings can only be built on certain plots of land, and so forth.  A tutorial would have made these opening stages far less frustrating.

As you expand your territory, you will come across wolves and the undead. These guys can wonder into your land and, if you don’t kill them, they will take back the land from you. As if wolves and the undead weren’t enough of a threat, other players (or AI, in this case) can send in their warriors as well. It is a constant battle to keep track of your territory, build strategic buildings and manage your villagers so they are producing enough Food, Wood, Gold, Stone, and Iron. 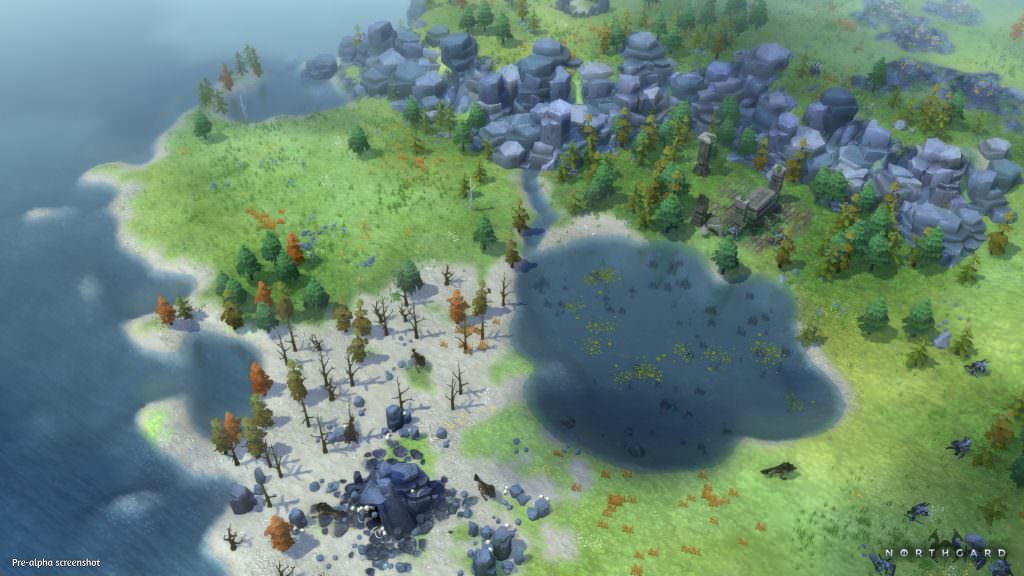 The closing stages of my first hour with Northgard were fraught with destruction, as an AI clan sent their War Band in to attack and decimated most of my buildings, taking half of my land with them.  Despite the heartbreak, I enjoyed playing Northgard, and I can’t wait to see more with the Campaign mode. As it is now, Northgard is shaping up to be an interesting take on the real-time strategy genre.