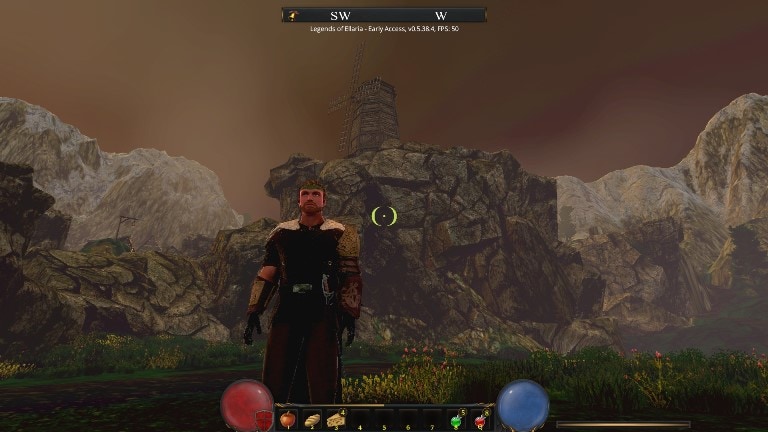 Legends of Ellaria is an interesting video game, one I haven’t come across before. It is a cross between the RTS (Real-Time Strategy), RPG (Role-Playing Game) and FPS (First-Person Shooter) genres.

What is Legends of Ellaria? It is a video game that aims to allow you, the player, to either play the game as a strategist or adventurer. If you only like the RTS aspect of the game, according to the developers, you can play it entirely in this mode. Or play it exploring the lands of Ellaria, leveling your character and going on quests for loot. You could also play it both ways if you so desire. Legends of Ellaria aims to be an RTS/RPG/FPS sandbox game.

But I must be brutally honest, Legends of Ellaria isn’t ready for general consumption just yet. Even though it is in Early Access on Steam, the game needs a lot of work and is missing key features they talk about on their website. Currently, there is no world map, missing kingdom management abilities, weapons like shields and two-handed weapons, RPG leveling system, character design, a first-person view and other features. As of writing this article, you can only play the game in third-person camera mode. There are lots of bugs in the game that needs to be ironed out. And the combat system needs a bit of work. 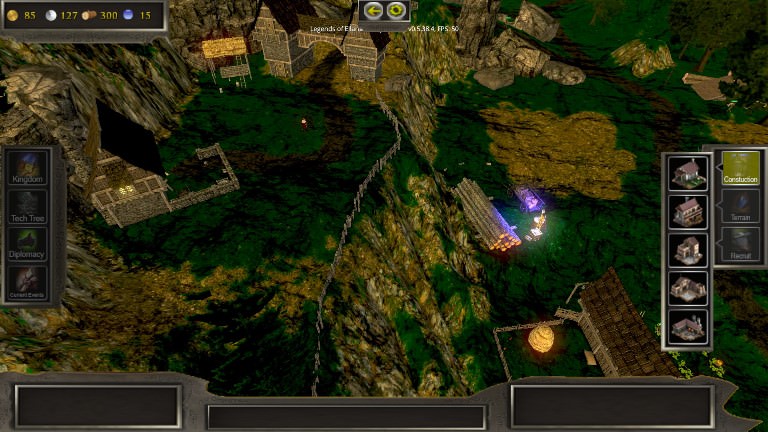 The foundation is there for an interesting and fun sandbox RTS/RPG game. The ability to go from adventure mode (third-person view) to RTS Mode (top-down view) was really cool. Plotting a house to be built then watching it get constructed was a sight to see. I also liked the spells I came across. The fireball was very useful and satisfying when it hit its mark. I also enjoyed taking part in some quests to better my kingdom, such as clearing out caves and bandit camps to boost your resource income. Or recruiting a near by town so I can hire archers into my militia.

Legends of Ellaria is pretty rough around the edges, but the developers are keen on providing updates weekly. In a year’s time, I would hope to see major improvements to the game; I can’t wait to get my hands on more features and really want to dig deeper into the RTS mode.  I look forward to seeing how the game progresses in the next few months.

If Legends of Ellaria sounds like your kind of game, I strongly suggest supporting the developers by purchasing the early access version of this game.