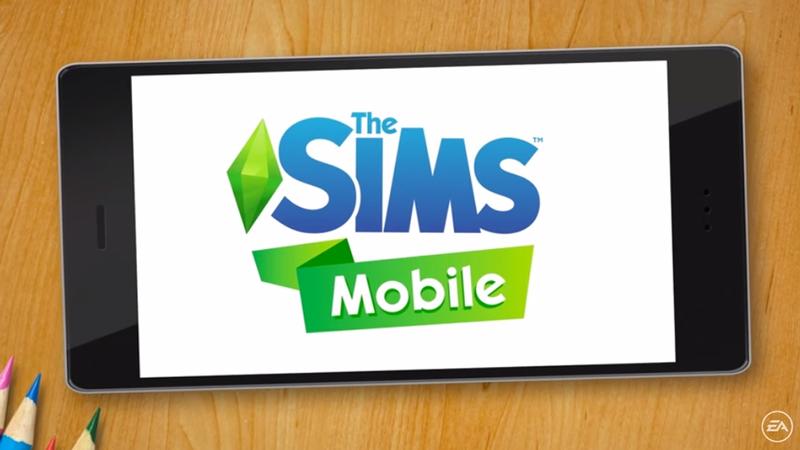 The Sims Mobile is an upcoming life simulation game from Maxis, creator of The Sims. Published by Electronic Arts for the Android and IOS platforms, The Sims Mobile is a free to play “freemium” take on The Sims. Unlike the previous outing, The Sims Freeplay, this new addition to the mobile lineup of games has a deeper focus on careers, hobbies and life stories.

The Sims Mobile improves on its mobile predecessor in many ways. First off and the most notable: The Graphics. The Sims Mobile takes models and textures directly from the current flagship release in the franchise, The Sims 4, and adapts them for the small screen. Animations and music are also pulled straight from the game as well. Currently, The Sims Mobile includes only one world, which includes your house as well as four districts: Parkside, Market Square, Downtown, and Waterfront. The four districts are initially locked, but during the progression of the quests in the game, districts unlock gradually. The first district to unlock, Parkside, includes the games “City Park” as well as a coffee shop in which your Sim can work. In the game, like The Sims 4 and newer updates to The Sims Freeplay, jobs are “live”, which means that you actually guide your Sims through their jobs by performing actions, such as cooking, cleaning, asking for feedback from customers, etc. Promotions are unlocked by collecting stars, which are earned by performing job tasks and finishing all required stars within your job time-limit. This adds a slight challenge in higher levels where you must collect four stars within a 3 minute period. The Sims Mobile also sees the return of “Wants and Needs”, remembered from The Sims 2. This feature has you completing basic wants for your Sims, such as watching TV, cooking or making friends. This furthers your games XP and upgrades your level. Upgrading your level unlocks new districts, objects, actions and more. Additionally, the game also sees “life goals” which your sim gets to choose. You choose your life goal and once you complete it, you pick more until you fill up your life goal meter. Filling this meter before the death of your Sim unlocks rewards for your later generation of Sims.

The Sims Mobile also includes achievements. While there are only five, these achievements are very easy to unlock and all five contain 10000XP, which unlocking all five will easily level your Google Play account up by at least two tiers depending on level.

Sadly, like The Sims Freeplay, the game relies on wait times and energy by running in real time and preventing you from playing if your Sim is low on energy in an attempt to make money. To make money, Maxis has made it so if you need more energy, you need to use “SimCash”, which was introduced in the companies previous mobile game, SimCity: Build-It.

SimCash can be purchased if you run out. Purchasing SimCash can be expensive, however, as shown in the photo, SimCash runs at a minimum of $6.18, with the largest running at a whopping $123.81! Hopefully, once the game launches worldwide, Maxis will adjust these prices. However, seeing that mobile gamers have been known to spend upwards $1000 or more on in-game items, these prices might actually remain.

The Sims Mobile is currently available only in Brazil in beta but will be released to the general public sometime in July for Android and IOS platforms. Once it is released worldwide with features out of Brazilian beta, we will produce a follow-up review.